Mother-of-two, 34, is forced out of her home by stab threats

Mother-of-two, 34, is forced out of her home after neighbours threatened to stab her because she reported woman to police for attacking and spitting at a child 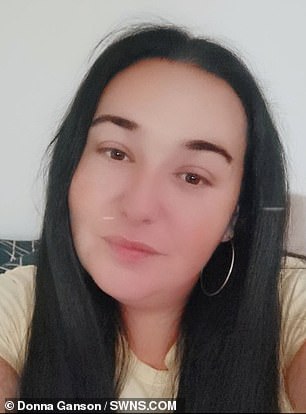 A mother-of-two has revealed how she was forced out of her home amid threats she would be stabbed – after she told police she saw her neighbour spitting at a child.

Donna Ganson, 34, witnessed a physical altercation involving a woman, a man and a child in East Craigs, Edinburgh.

She saw the youngster was crying and dialled 999, but while the case went to court she was faced with daily abuse and had to install CCTV for fear of retribution.

In March the woman pleaded guilty to engaging in a physical altercation with a man and a child and behaving in a threatening and abusive manner by acting aggressively towards them.

She was initially charged with assaulting and spitting at the child, seizing them by the body and placing them in a headlock – but a not guilty plea was accepted by prosecutors.

The woman also admitted assaulting the man and spitting at him.

Her sentence has been deferred.

Ms Ganson is now living in emergency housing and said the hostility has impacted her two sons, who both have autism.

She said: ‘It’s been nearly a year of them all going past and sneering and saying things like ”you’re a grass” and a ”dirty snake.”

‘I haven’t done anything wrong.

‘Since then my life on that street has been a living hell. It’s just been horrendous. 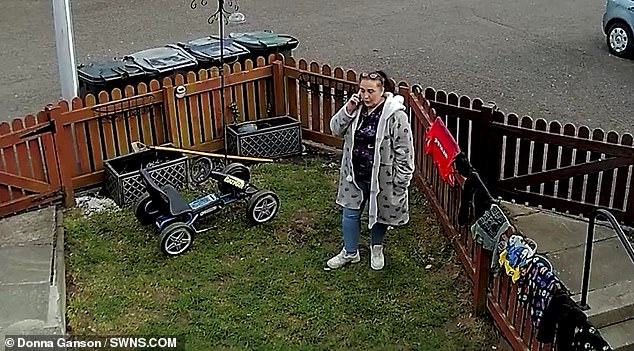 ‘There have been points where we have not wanted to be here and felt trapped and felt I can not protect my family from other people’s actions.

‘It’s taken a heavy toll on my mental health. We were prisoners in our own home and did not feel safe, even when the doors were locked.

‘I could not even go out my door without being shouted at with ”your day is coming” and ”you are getting stabbed.”

‘It was happening daily and had been getting worse since the court date.’

In one incident last month, Ms Ganson claimed police took two hours to respond to a 999 call despite them having an at risk ‘marker’ on her address in their computer system. 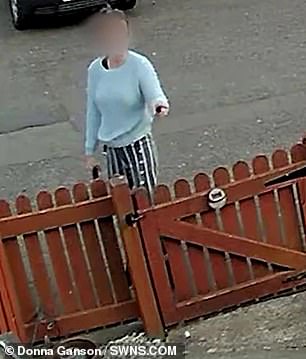 A Police Scotland spokesperson said: ‘We are fully aware of the ongoing situation and are, along with partners, working to address the concerns being raised.

‘We are also acutely aware of issues which can affect the peace and wellbeing of our local communities and when concerns are reported to us we will endeavour to tackle them head on.

‘Our aim is to ensure that no-one has to endure behaviour which can affect the quality of life of those living in any community.’

Councillor Kate Campbell, the housing, homelessness and fair work convener, said: ‘We take the safety and wellbeing of our residents very seriously, particularly in circumstances where people are in vulnerable situations or need specialist care and help.

‘We work closely with key partners to respond swiftly and responsively to support our citizens in a number of ways including the provision of temporary accommodation, housing options and support services where there is a particular need or welfare issue.’

A Castle Rock Edinvar Housing Association spokesperson said they were fully aware of the situation but would not comment on an individual’s circumstances.