A DAD claims his life was turned upside down after his neighbour decided to knock down his house and rebuild it with decking high enough to see into his garden. 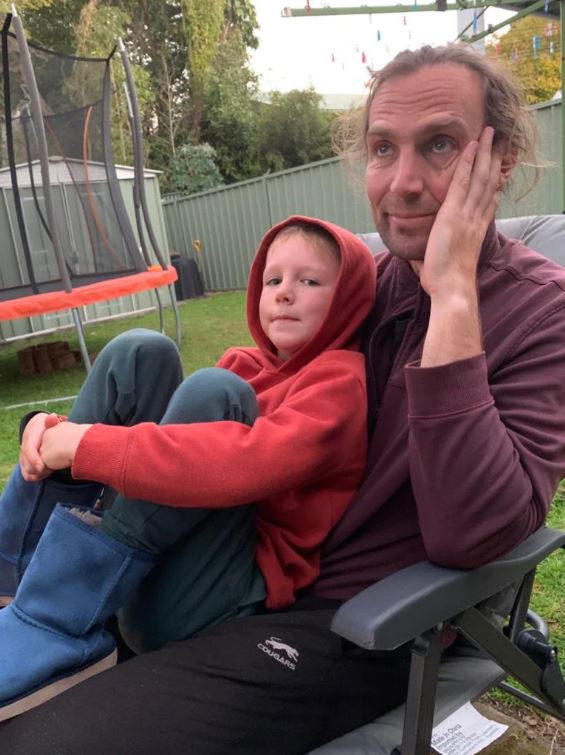 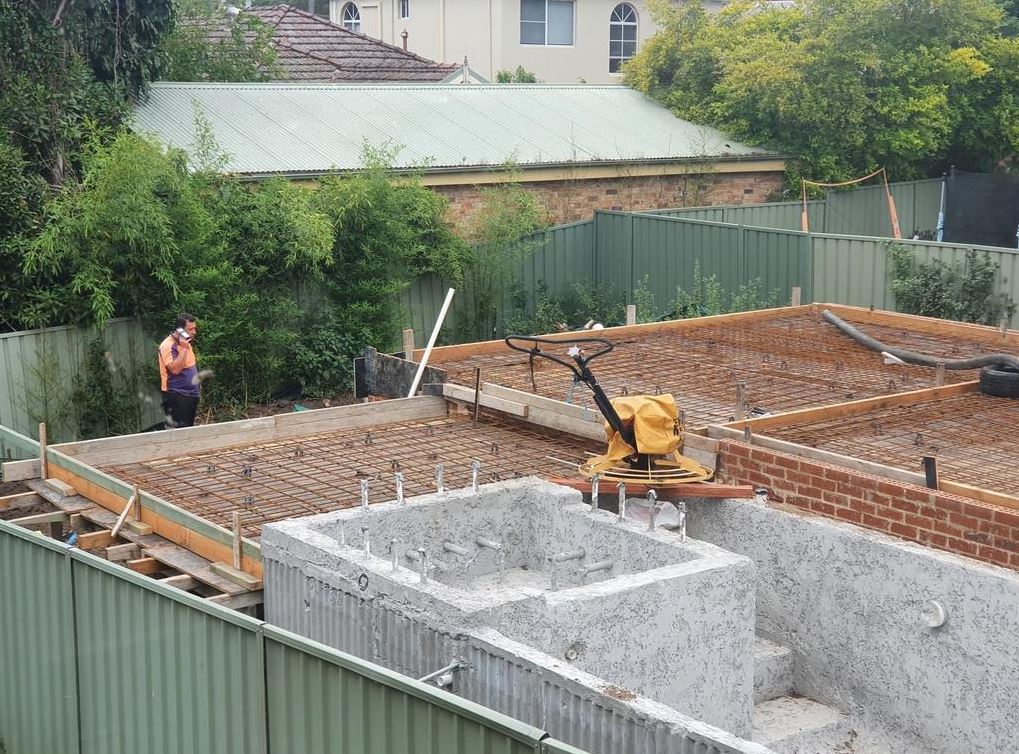 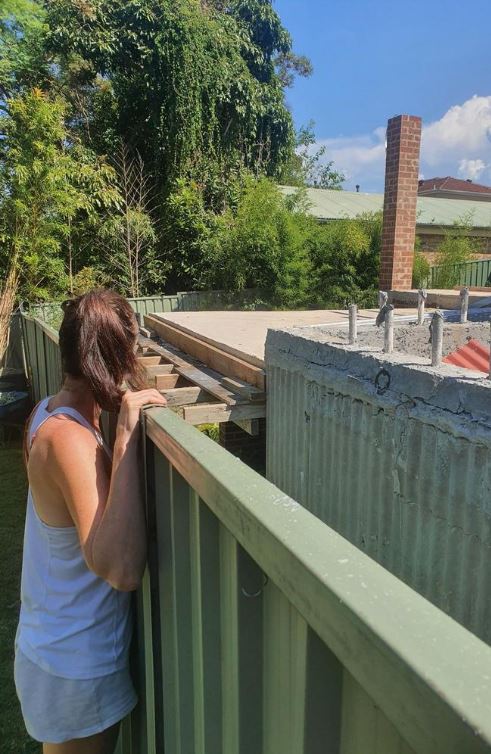 In August 2020, the Australian said he woke up to the sounds of heavy construction in his home in the from Sydney suburb of Oatley.

It was the start of a two-year battle which he claims caused him to suffer from anxiety and depression.

After seeking out Mr Rahman's plans, Mr Boettiger was horrified to discover that the new house included a pool deck level with his 1.8m garden fence.

He claimed that "semi-naked" swimmers on the pool deck would easily be visible from his kitchen window. 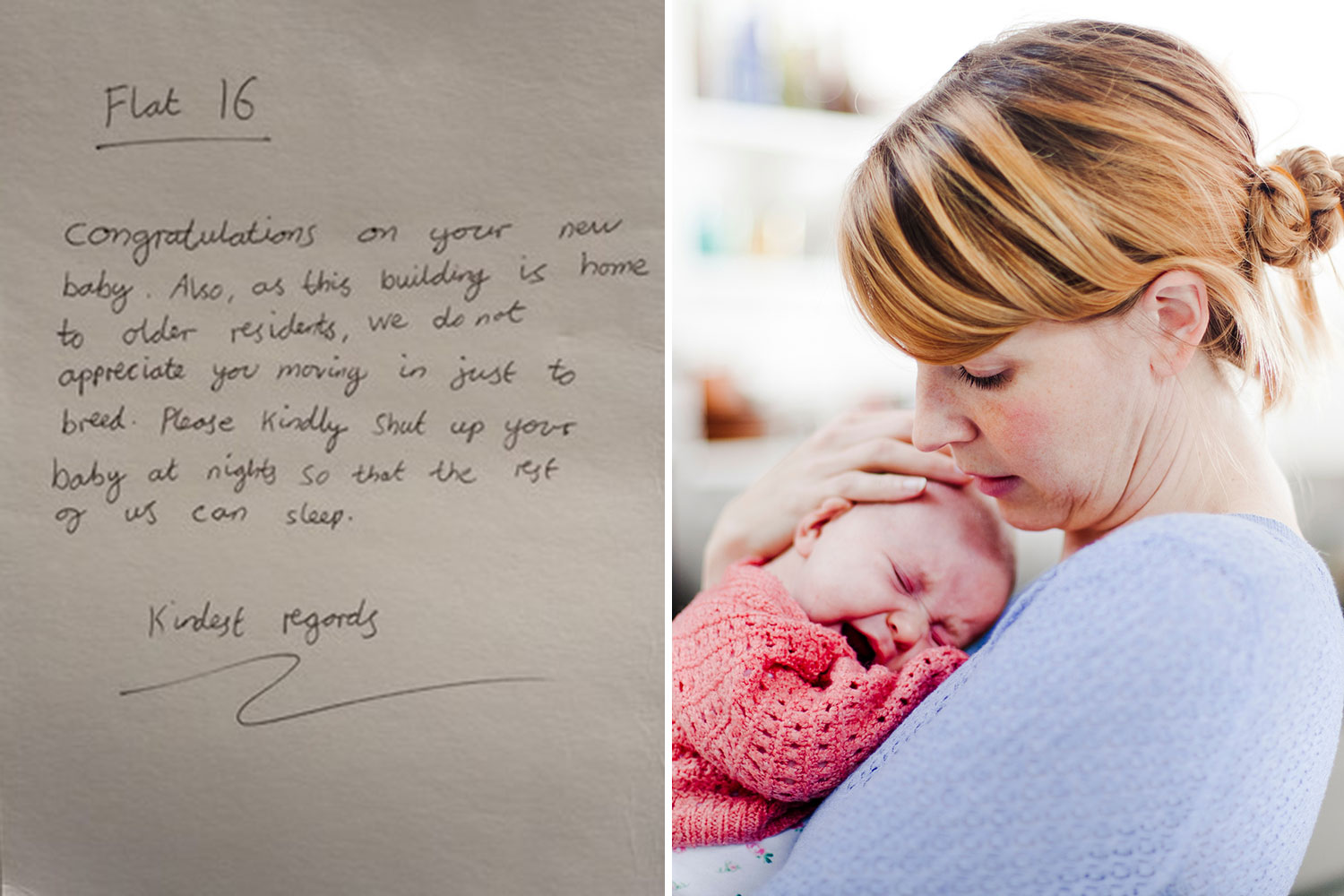 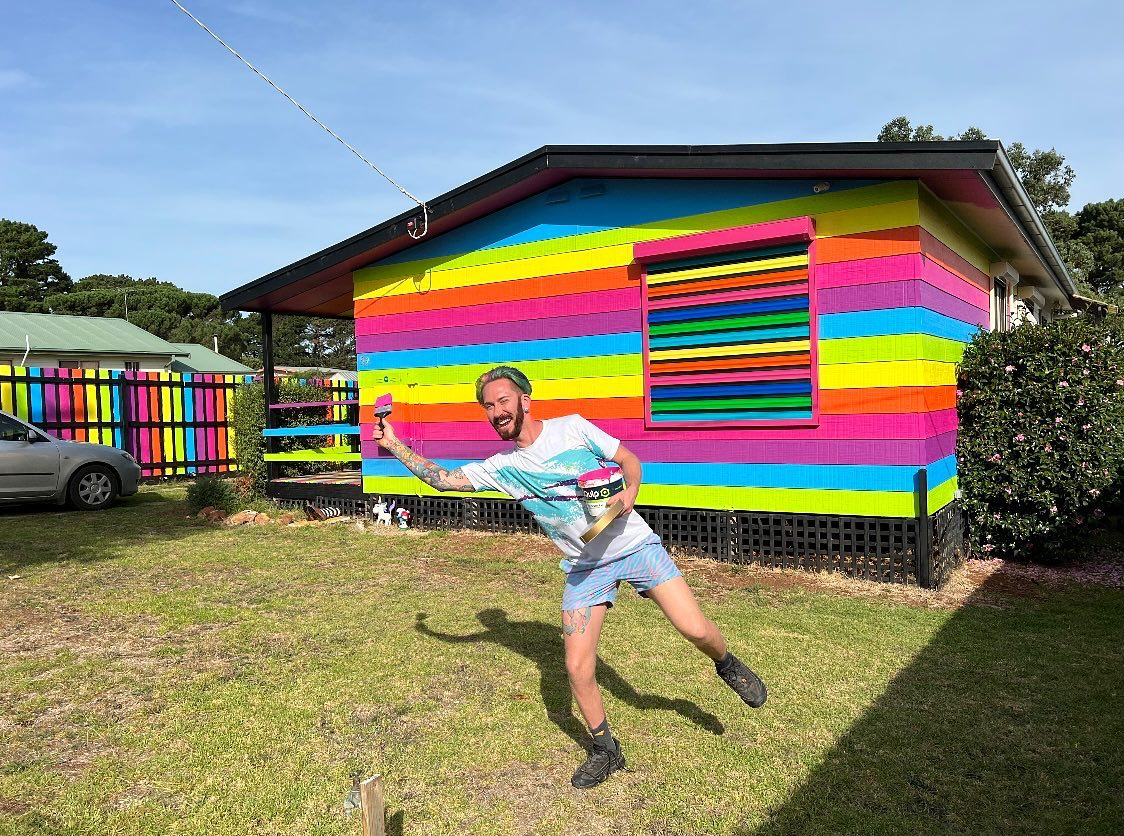 Mr Boettiger told news.com.au: "We could see that the house was being demolished but nobody ever told us what was happening."

He also had concerns that the water from the pool could splash into their property.

"They could do a bomb in the pool while we're hanging out our washing," he said.

"People get semi-naked, maybe even naked on a pool deck and we were looking straight into it from our kitchen and back deck.

Brits warned DO NOT travel today as crippling walkout kicks off

"I would have also had people be able to walk straight from the deck and onto my property."

Builders Saf Developments have denied Mr Boettiger's claims that neighbours weren't told of the plans, and said a private certifier had informed the surrounding homes on July 9.

Frustrated, he launched legal proceedings in April 2020, despite being told his best-case scenario was a loss of $20,000 Australian (£11.4k).

Eventually, through mediation in the Land and Environment Court, Mr Rahman's deck was reduced to one metre, while vegetation was planted along the fence for better privacy.

People get semi-naked, maybe even naked on a pool deck and we were looking straight into it from our kitchen and back deck

However, despite technically 'winning' the case, he eventually moved away from Oatley, due to what he says was the "complete anxiety" caused by the past two years.

A CDC is an alternative to a development application (DA), which has to be lodged with the local council that publishes the plans.

Mr Boettiger claimed that construction continued while he was in the process of trying to appeal to the certifier and the council to amend the deck.

But Ms Barnes said that she could "100 per cent confirm" that the 14-day neighbour notification was provided to surrounding houses on July 8, 2020, with approval for the build being issued on August 14 of that year.

She said that during the court case Mr Boettiger's claims were addressed and satisfied, and that she provided evidence of the neighbour notification letter.

Speaking to the Daily Mail Australia, Ms Barnes said the pool deck was lowered "at the request of the owner to pacify (Mr Boettiger) and not due to any noncompliance with the approval".

She also provided proof of the CDC which was sent to Oatley residents. 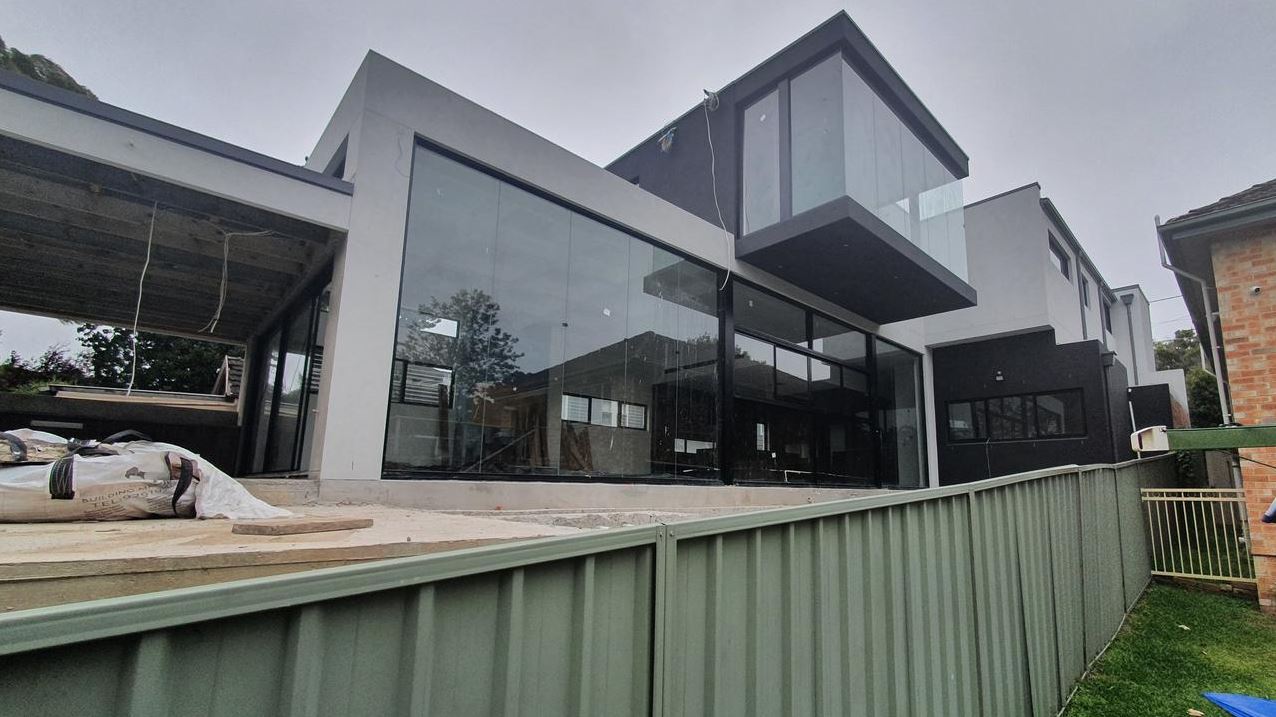 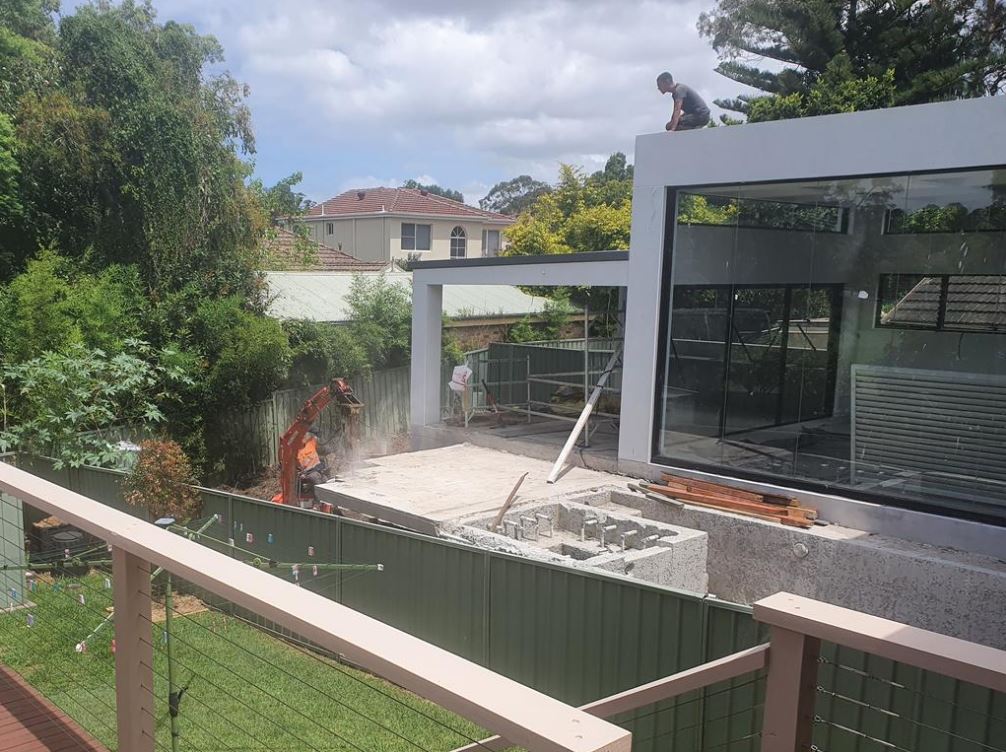 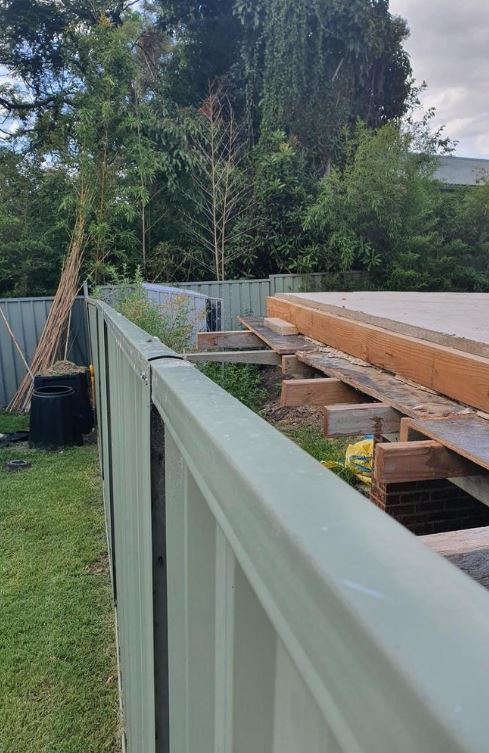 In a statement provided to news.com.au, Saf developments maintained it has done "no wrong" in the matter and said the property had been built in a way that satisfies regulations.

It claims the private certifier informed all tenants within 20m of the property of the upcoming build two weeks before the approval of the CDC.

"Despite what conflicting opinions the certifier or Mr Boettiger have in regards to the plans, they are approved plans and were built according to what was stamped," the statement reads.

"We understand that during this process, the certifier took all necessary steps as defined by New South Wales Planning Department and governing certifiers body to ensure definitions and processes were carried out properly, especially when there was contention in relation to unclear terms."

The Sun Online has approached Rianda Barnes and Saf Developments for comment.

Looking back on the dispute which led to him leaving the place his wife's family had lived in for 40 years, Mr Boettiger feels bitter about the legal process.

"I constantly found myself just thinking, 'how does this happen?'" he said. "I'm a good person, I don't like to cause trouble to my neighbours. I try to get on with my neighbours. I would never do something that p****d somebody off as much.

"You don't really feel how unjust it is until it's happening to you."

Extensive construction projects are often a trigger for disputes between neighbours.

One Brit claims their neighbour is demanding £250 a day while they build an extension.

Sharing their experiences on TikTok, user @surreyonthemove claimed that wasn't even the pettiest thing their neighbour did.

"They called the fire services unnecessarily claiming that they could get acid burns," the user wrote in response to a comment underneath their video.

How much does it cost to run a hot tub?

And a Brit pensioner has drilled holes in his neighbour's garden wall after claiming they built it "illegally".

Ewen Taylor, 87, from Cardiff, has vowed never to stop until the wall is knocked down and replaced with one the exact same height, depth and width as the one it replaced.