A MASKLESS Nancy Pelosi was seen chatting to lawmakers during a White House visit – just hours after warning others about keeping to a strict face-covering mandate.

The House Speaker, 81, seemed to ignore her own stern directive earlier in the day saying that masks still must be worn.

"Until they are vaccinated we have to continue to wear masks in our meetings and on the floor," she said during her weekly press briefing, according to the Daily Wire.

"We have to wait for them to be vaccinated,” she said, answering a reporter’s question about when masks may be history. “Because they’re selfishly a dangerment [sic] to other people, including staff people here.”

She went on to suggest there is no way to know if someone is vaccinated, and until then masks must be worn.

“What is this, the honors system? The honors system as to whether somebody has been vaccinated? Do you want them breathing in your face on the strength of their honor?" Pelosi had said. 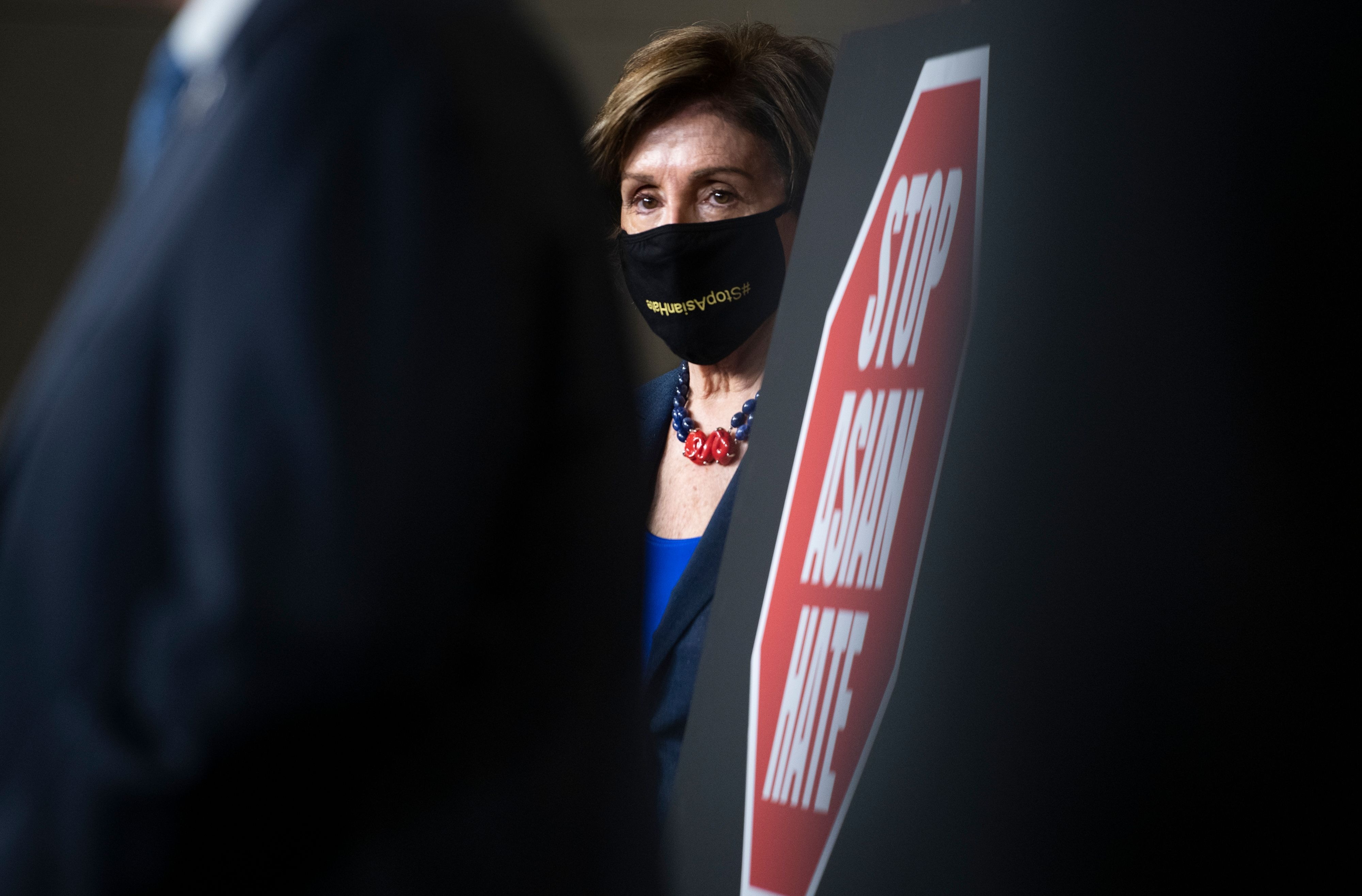 Yet, a maskless Pelosi appeared to ignore her own advice when she chatted to to fellow maskless White House attendees including Attorney General Merrick Garland, House Majority Leader Steny Hoyer of Maryland while in the East Room as President Joe Biden signed the Covid-19 Hate Crime Bill.

Already, Pelosi has attempted to remind public servants of the continued mask rule, despite the fact that the CDC has come forward lifting some of its more rigid restrictions on covering up if the person has been fully vaccinated.

But this week numerous Republican Representatives decided to shed their masks during voting sessions, according to the Washington Examiner.

Pelosi issued a letter titled “Notification of a Violation of House Resolution 38” to some of those who were deciding to work unmasked.

The letter warned of a $500 fine for first-time mask-shirking offenders and then $1,500 for those who continue to disobey.

The edict to enforce masks on Capitol grounds has become a major bone that many opponents serving in Washington appear determined to pick.

Republican Rep. Marjorie Taylor Greene of Georgia videotaped herself shredding Pelosi’s warning letter she received of the costly consequences of failing to mask up, perhaps after taking a group selfie this week.

Fellow GOP Rep. Thomas Massie from Kentucky tweeted his copy of the letter getting filed in his trash bin: “Just filed @SpeakerPelosi’s letter warning me to follow her mask rule.”

Pelosi has already been called out for being hypocritical during the pandemic.

There was uproar last year when photos of the senior California Democrat showed her sneaking into a salon for a VIP blowdry and hair wash while the rest of the country was barely able to leave their homes and small businesses forbidden from opening their doors.

The images sparked outrage among conservatives who were quick to point out Pelosi – who had slammed former President Donald Trump for his lax mask wearing – was breaking the city's coronavirus prevention rules.

Then White House Press Secretary Kayleigh McEnany tweeted in response shortly her hair visit went public: "Do as I say, not as I do."

"Speaker Pelosi has pushed policies that would keep our economy closed and our small businesses shut down," Senate Republicans tweeted at the time.

They then added: "But for herself? A salon visit whenever she pleases."