THE National Guard is on patrol and shops are being boarded up as the US braces for Election Day violence.

Fearing the worse, companies are installing reinforced glass and hiring security guards as they expect a surge in “civil unrest”, say reports. 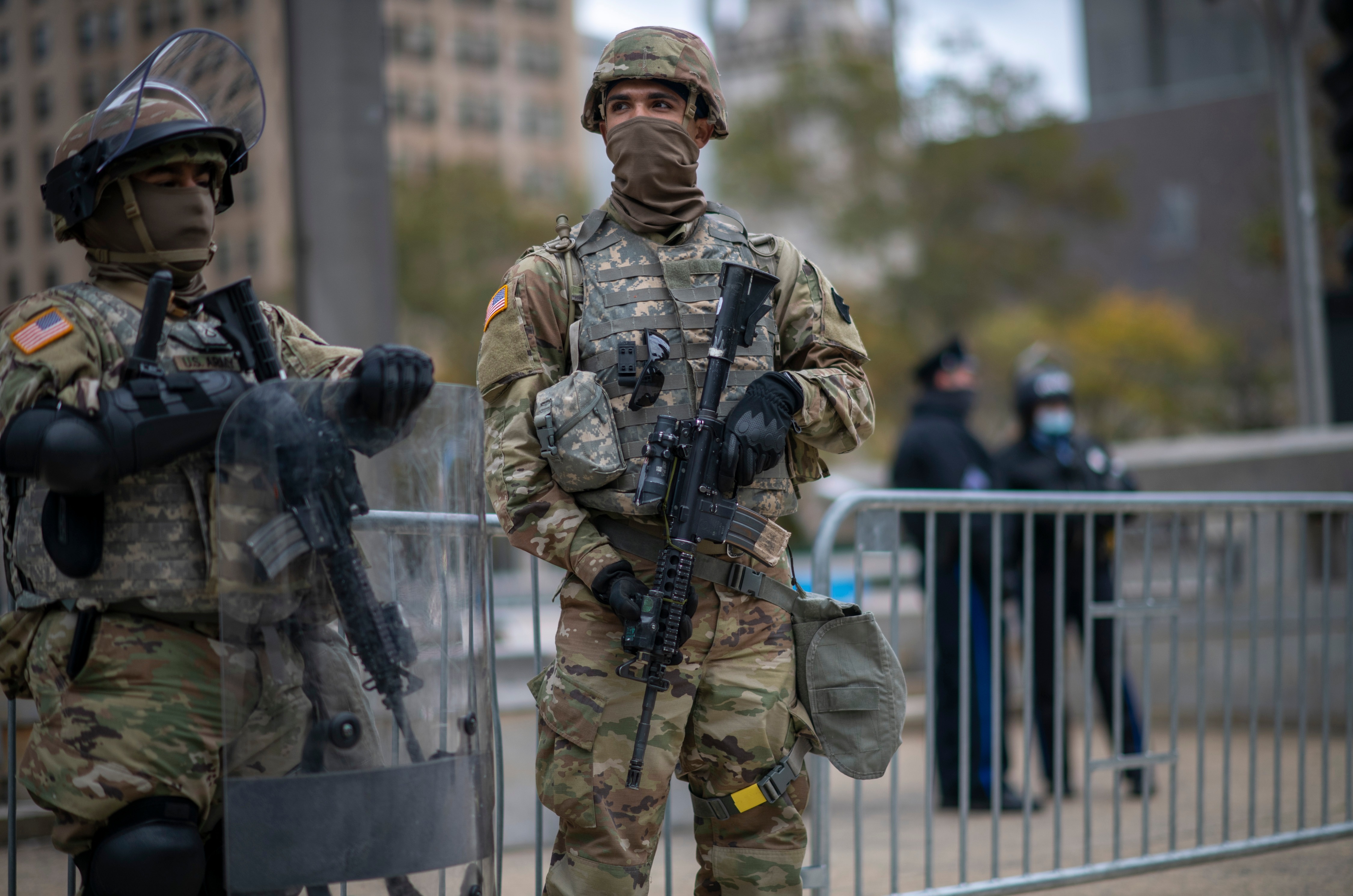 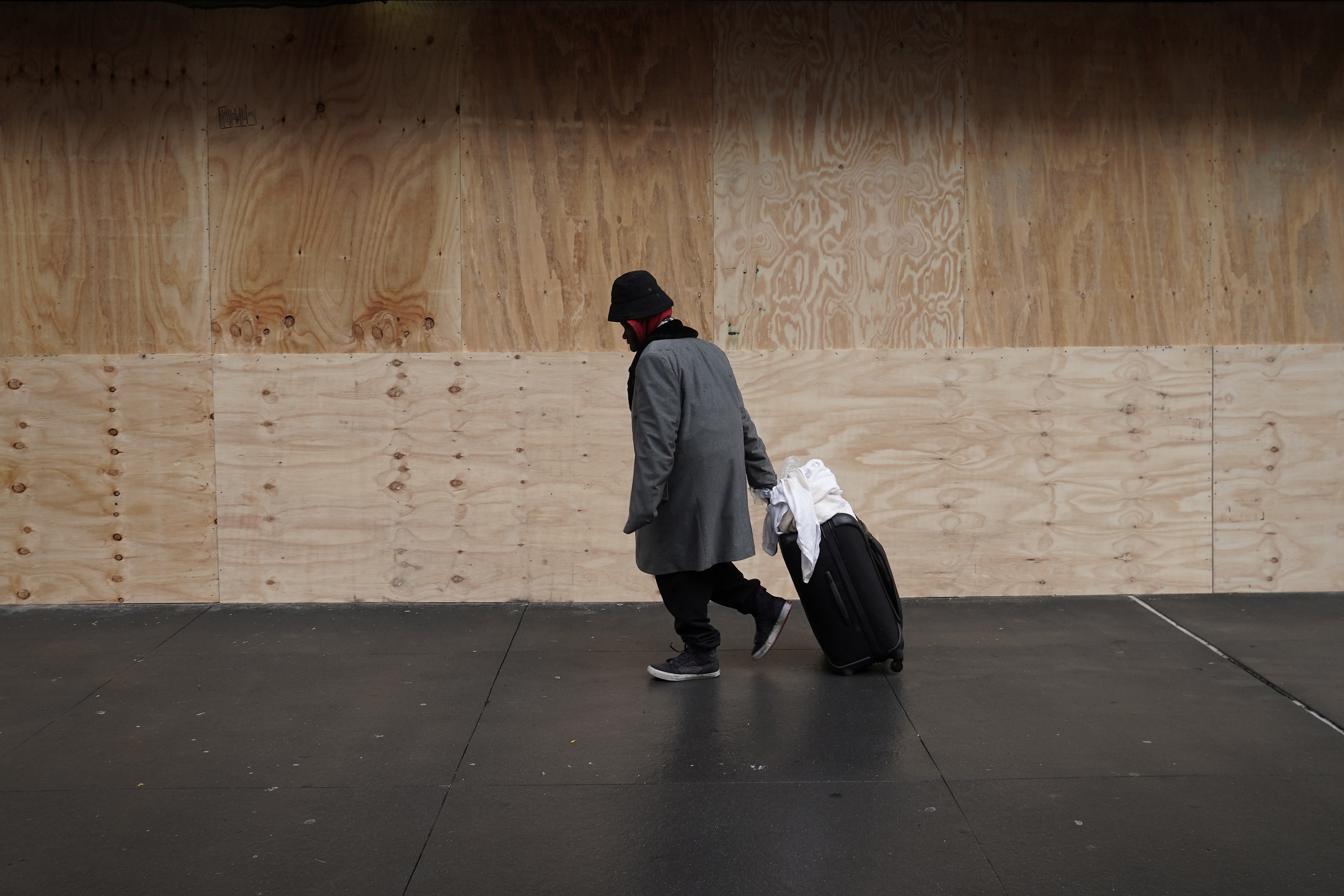 Police in New York City and other major metropolitan areas say they have prepared for emergency scenarios around the election, from demonstrations to bombs.

The National Guard – pictured this week patrolling outside Philadelphia City Hall in Pennsylvania – are citizen soldiers who could help state or local law enforcement with any major election-related violence.

Law enforcement throughout America, which has warned of potential violence around the November 3 vote, must prepare for looming danger.

This could range from spontaneous acts of violence to more organized, planned attacks, according to officials.

Authorities also face threats from lone actors to extremist groups, including those that are racially motivated, anti-authority and militias.

The preparation comes as Walmart reversed course, announcing on Friday that it is returning ammunition and firearms to stores.

On Thursday the nation’s largest retailer said it had removed the items from displays due to “civil unrest” in some areas of the country. 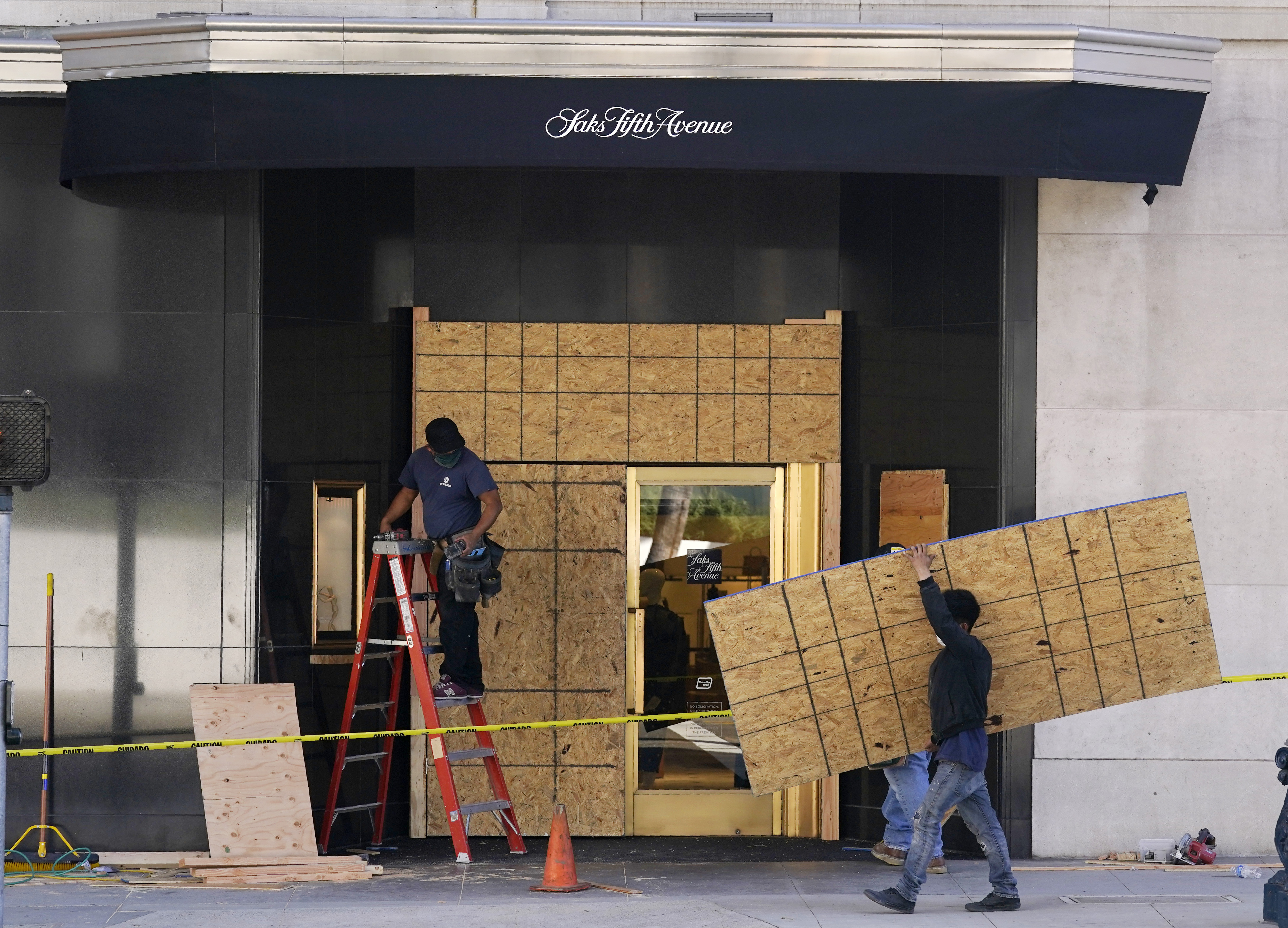 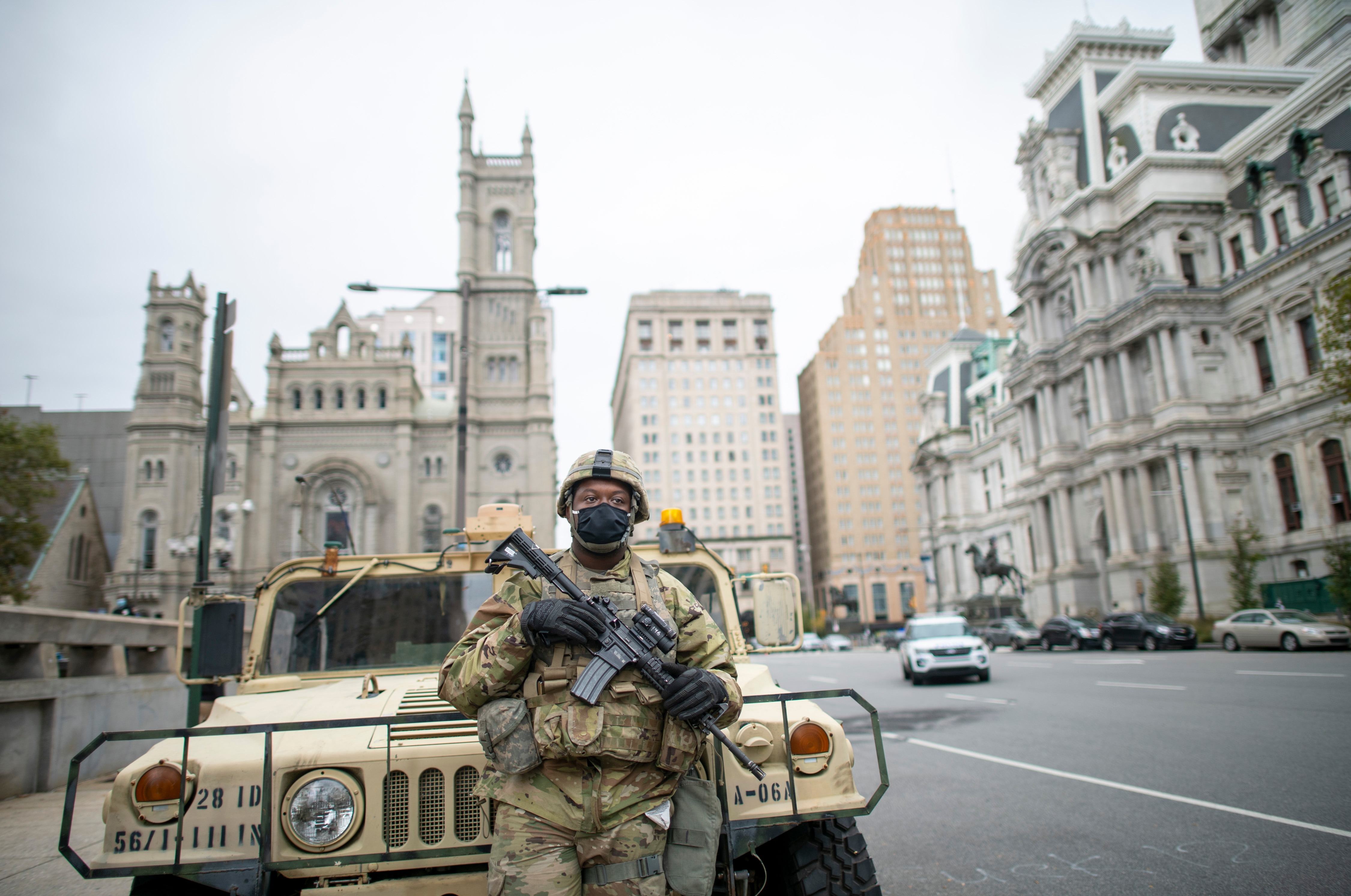 The world's largest insurance broker, Aon, told Reuters the majority of retailer clients it surveyed are considering boarding up stores because they are worried about looting around the election.

Worried shop owners are also retaining on-call teams that barricade and board up buildings with plywood for protection.

Retailers remain on edge after raiders earlier this year smashed windows, stole merchandise and, at times, set stores ablaze in Chicago, New York, Los Angeles, Portland and other US cities.

This often happened under the cover of peaceful Black Lives Matter demonstrations that were rekindled by the May 25 police killing of George Floyd, a black man.

“Companies operating in the United States should anticipate the risk of social unrest and political violence to remain elevated before, during and after the upcoming presidential election,” warned Jonathan Wood, analyst at specialist risk consultancy Control Risks.

“You’d be foolish to think the worst is over. We all watch the news,” said Bob Moraca, principal at Rock Security Group. 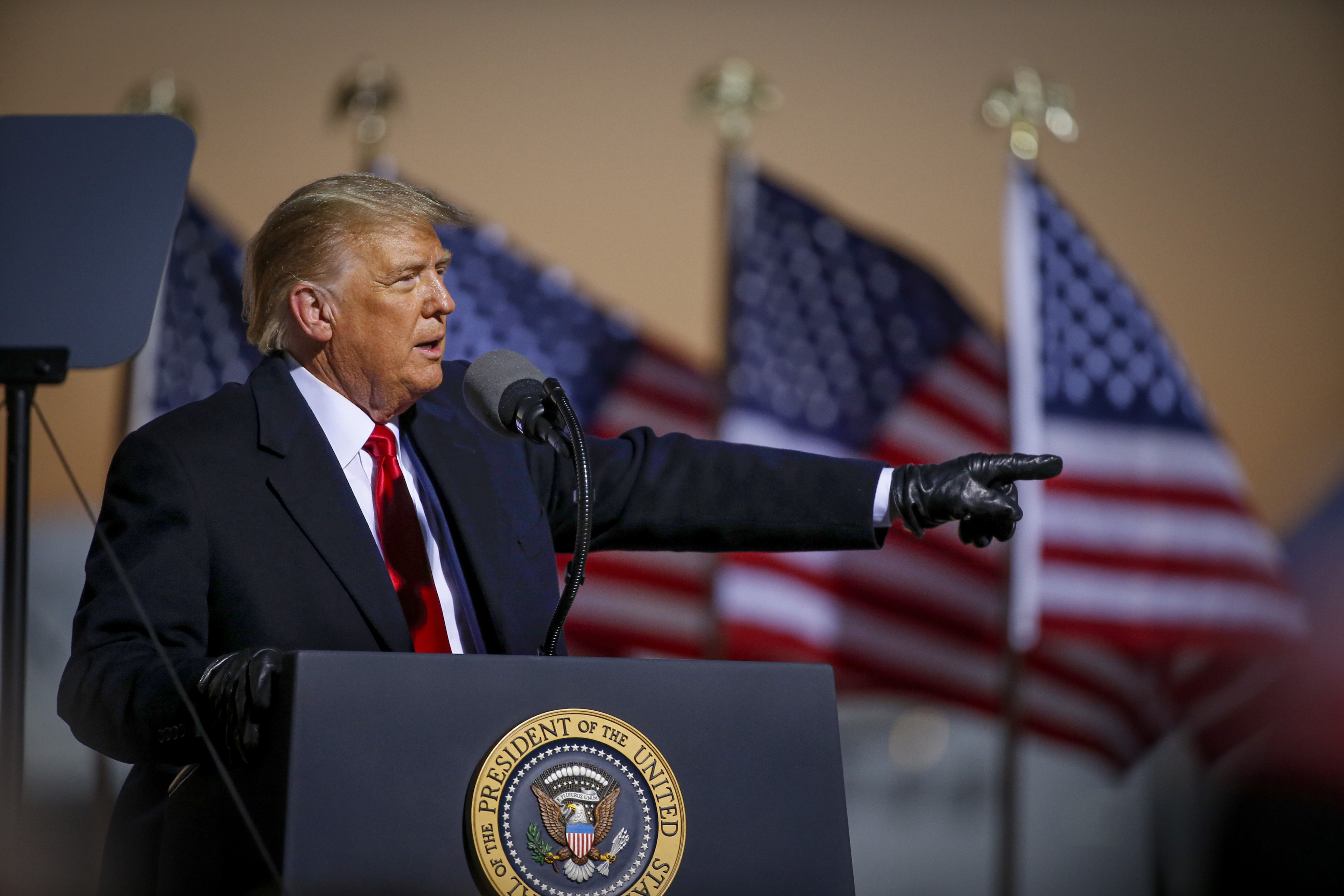 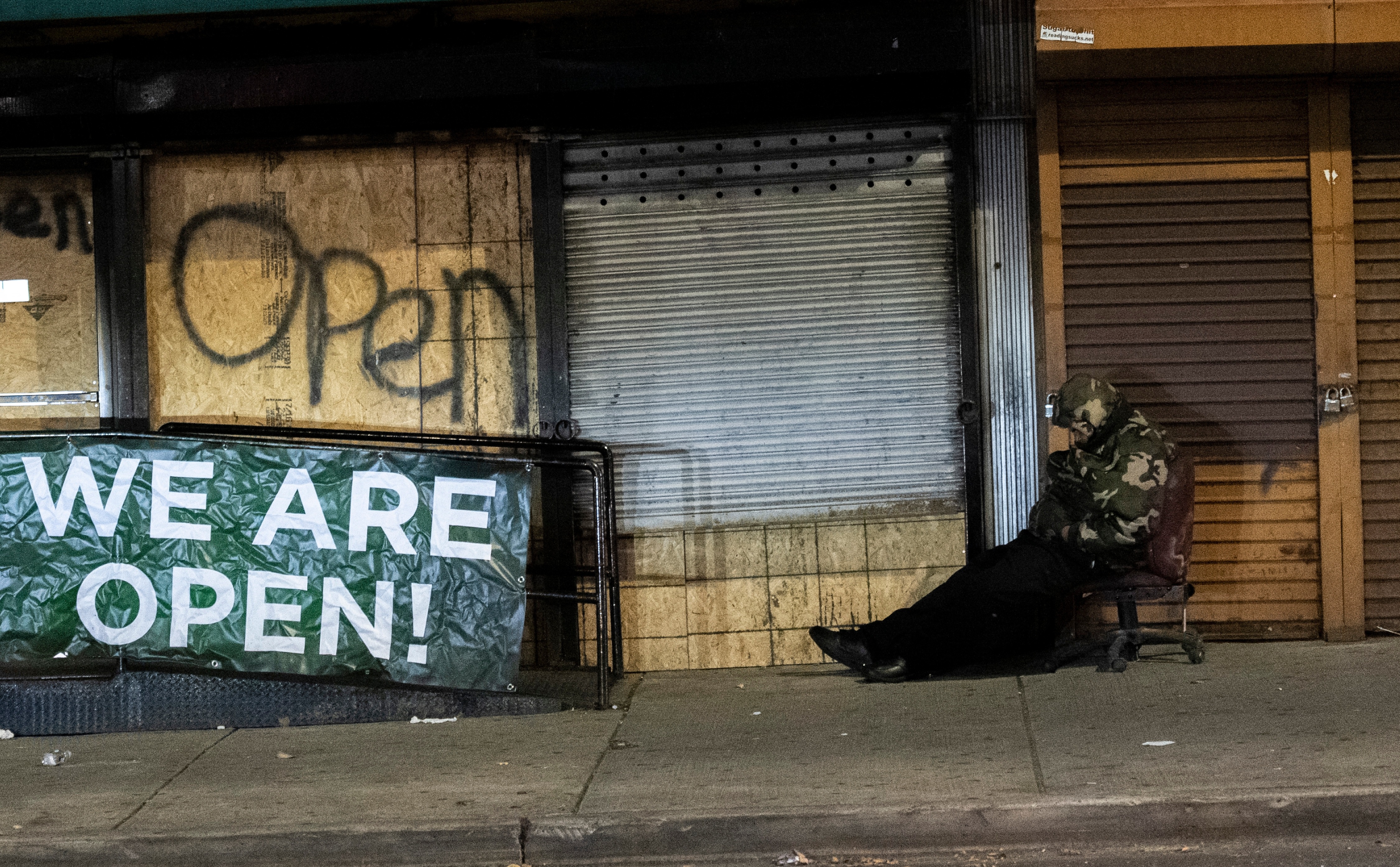 “Everybody wants something done before the election,” said Campbell.

Meanwhile, private security-guard provider Pinkerton SECUb.ST said its hiring is up 50 per cent in Chicago this quarter.

The vote comes at a time of heightened tensions, and during the country's worsening political polarization.

For example there's rising agitation over pandemic lockdowns, and high unemployment – a toxic brew that could flare dramatically in the coming days, warn current and former law enforcement officials.

More than 226,000 people have died of the coronavirus in the United States, and cases are spiking across the country.

A summer of protests of racial injustice and sometimes violent confrontations has left many on edge. Gun sales have broken records.

The election could also serve as a trigger for extremists, Reuters was told.

Police departments in major cities across the country – from Miami to New York – have boosted officer numbers on streets for the election, or put them on standby if trouble erupts. 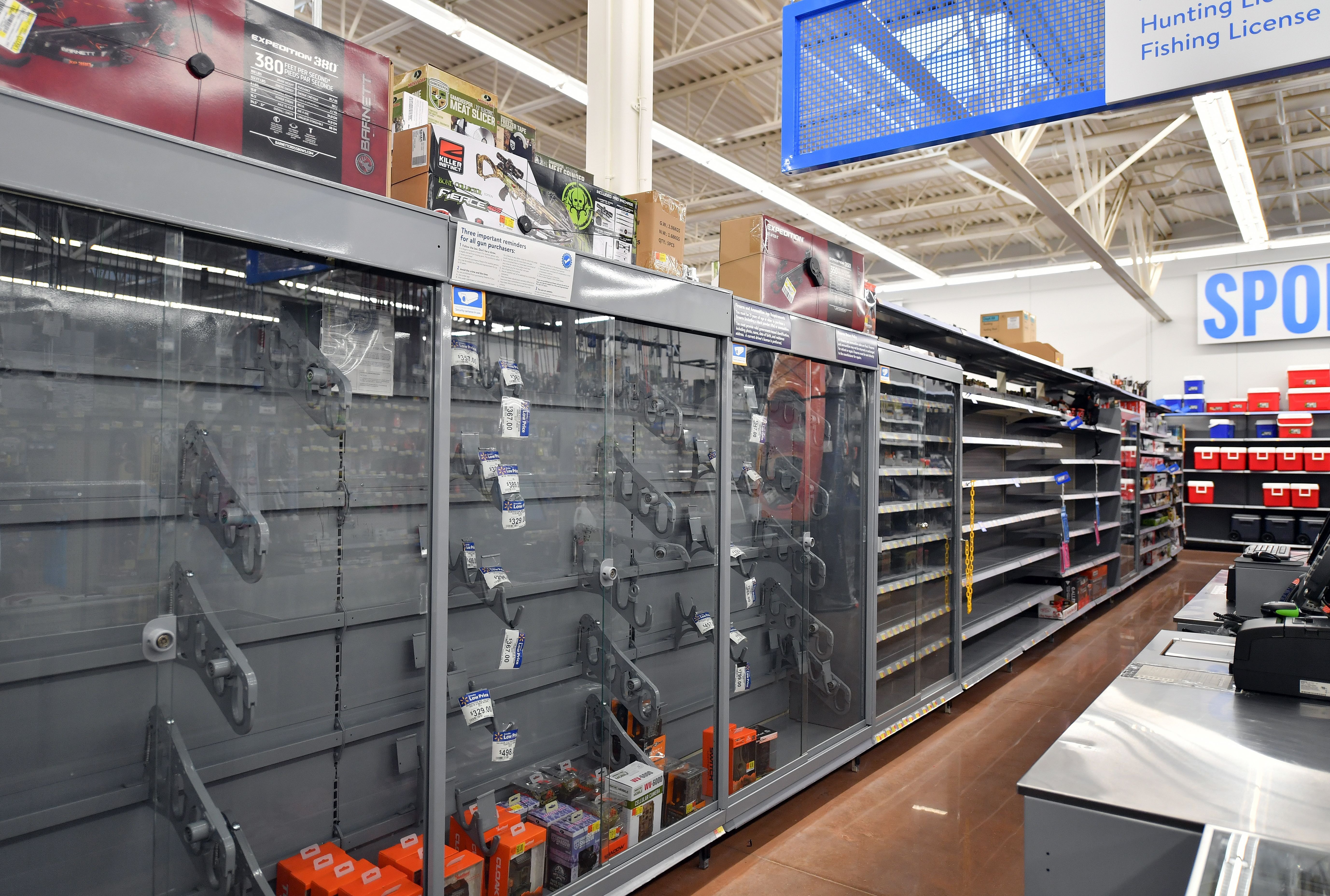 Jorge Colina, chief of the Miami Police Department, said the department's plans for November 3 include having up to 50 per cent more officers working than on a typical day.

Plainclothes officers will stay on watch for trouble at polling places.

A challenge for local police departments is that violent actors can mobilize "with practically zero notice," Colina said.

The U.S. Department of Homeland Security (DHS) reported in October that domestic violent extremists and others could target events related to the presidential campaigns, the election or the immediate aftermath.

Alleged domestic violent extremists in the US killed 48 people in 2019 – more than in any year since the 1995 Oklahoma City bombing, according to the DHS report.

I'm going to have my boys on standby.

Several right-wing, militia and anti-government groups told Reuters they do not plan to police the polls, but will be on standby if chaos explodes after the election.

Mike Dunn, 20, a prominent member of the boogaloo anti-government movement in Virginia, said he and other boogaloos have no plans for Election Day.

But, if disturbances erupt afterwards, said Dunn, his armed supporters will protect protesters from assailants, regardless of their political affiliation, and guard against looting.

He emphasized that they would use peaceful tactics to de-escalate volatile situations.

Chris Hill, the Georgia-based leader of the III% Security Force, said his militia group would defend property in the event of rioting and would focus on deterring violence and unrest.

Federal laws and long-standing custom generally leave the U.S. military out of the election process.

If any element of the military were to get involved, it would likely be the National Guard under state control.

Governors could activate the Guard to help with security in the event of violence.

That happened this week in Pennsylvania amid demonstrations over the police killing of Walter Wallace Jr. in Philadelphia.

In preparation for any emergencies, including civil unrest surrounding the election, the National Guard has already designated military police units in two states to serve as rapid-reaction forces.

According to the Guard, about 600 troops — 300 in both Alabama and Arizona — will be ready to deploy within 24 hours if requested by a governor.

Donald Trump has been slow to condemn right-wing extremism, which his critics say is emboldening extremist groups.

At a presidential debate in September, he told the right-wing Proud Boys to "stand back and stand by" after being asked to condemn white supremacists.

A senior Trump administration official later said the president has clearly stated that he does not tolerate any extreme violence.