Now it is the time associated with when the dinosaurs were wiped off the face of the Earth, researchers suggest in a study published in the peer-reviewed journal, Nature.

Dinosaurs went extinct roughly 66 million years ago, marking the end of the Cretaceous Period, after an asteroid about 7 miles wide struck what is now the Yucatán peninsula off Mexico.

But scientists have been confused over the time of year the asteroid hit, and how some animals, such as birds, crocodiles and snakes, managed to survive while dinosaurs and other marine life didn't.

Paleontologists in 2019 discovered a "fossil graveyard" in a fossil-rich area known as Tanis in North Dakota containing a group of animals that died shortly after the asteroid hit Earth. Their death came from a tsunami-like wave filled with rocks and glass that buried the animals alive, probably killing them within an hour of the asteroid's impact.

Researchers also discovered fossils of paddlefishes and sturgeons in Tanis that were well preserved. 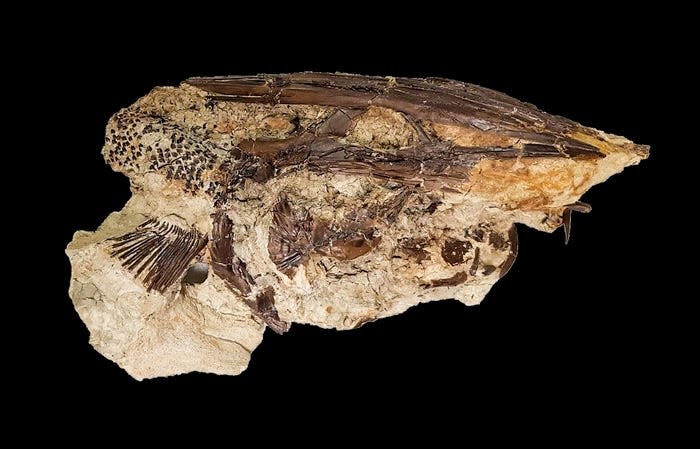 "It was obvious to us that we needed to analyze these bones to get valuable information about the moment of the impact," Melanie During, a researcher at Uppsala University in Sweden and lead author of the study, said in a statement.

Researchers took the fossils to the European Synchrotron Radiation Facility in France to use a particle accelerator that produces the "world’s brightest X-rays."

Using the technology, the team noticed there was seasonal growth on the bones, similar to trees in that there was a new layer on the bone from every year. What the scans also showed was how the shape and sizes of the bones varied depending on the seasons.

8 feet and a mouth full of sharp teeth:Fossils of the 'largest animal that had ever flown' unearthed in Scotland

Dennis Voeten, researcher at Uppsala University, said all fish bone cell densities and volumes can indicate the season, and because the accelerator also could capture the sizes, researchers were able to determine when the asteroid hit.

Another confirmation the team received was the analysis of carbon in the bones to show how much plankton was present. Plankton are most abundant during the summer, but the organisms were near summer levels, indicating their presence was on the rise. 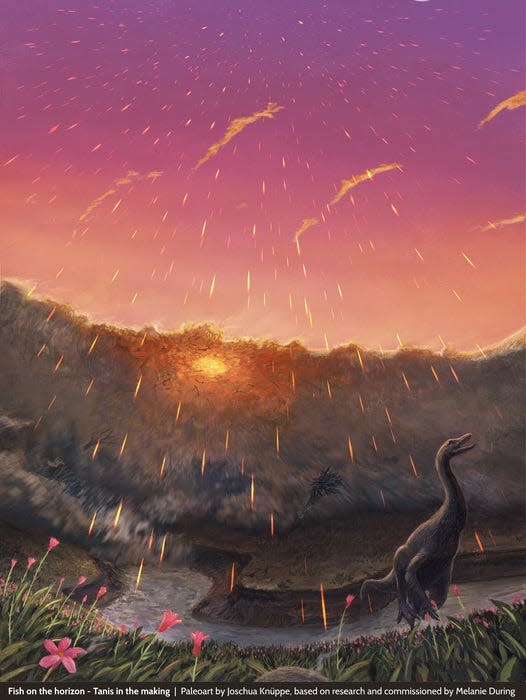 "We saw that both cell density and volumes were on the rise but had not yet peaked during the year of death, which implies that growth abruptly stopped in spring," Voeten said.

Finding out what season the asteroid hit gives possible answers on why some animals went extinct and others didn't. Because it was spring in the Northern Hemisphere, animals and plant life were ending their hibernation periods or were in the beginning stages of life, meaning their chances of surviving were little to none. On the other hand, it was fall in the Southern Hemisphere, meaning they could be preparing to hibernate and have places to hide from the cataclysm .

"Southern Hemisphere ecosystems, which were struck during austral autumn, appear to have recovered up to twice as fast as Northern Hemisphere communities, consistent with a seasonal effect on biotic recovery," the paper notes. "Additional modes of seasonal dormancy, torpor and/or aestivation, which are nowadays practiced by various mammals, as well as certain amphibians, birds and crocodilians, could have facilitated further underground survival."

The team hopes the findings are the first step in pinpointing the exact date the asteroid hit and could explain how some animals survived mass extinction and others didn't.