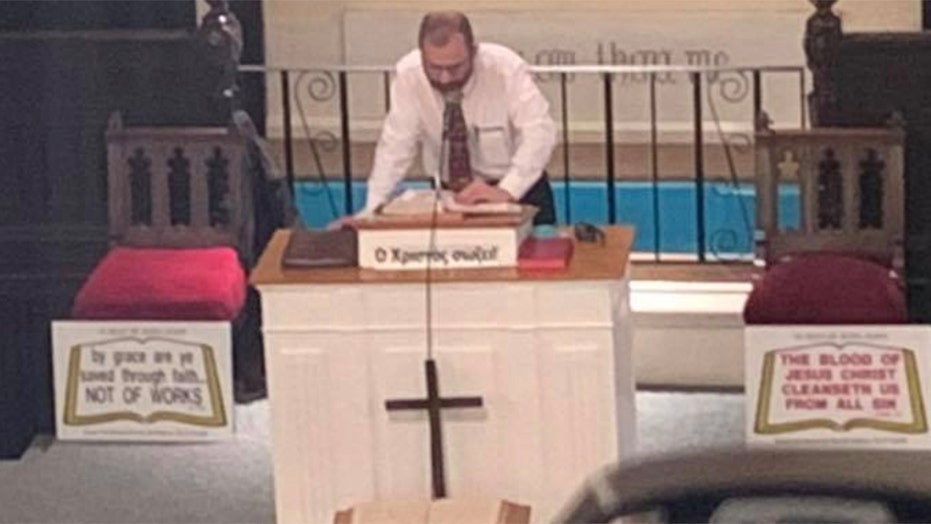 Police responded to a Christian congregation in upstate New York after Black Lives Matter protesters assaulted worshippers at the entrance of a church that was giving away two AR-15 rifles.

In a video that went viral on Facebook, protesters can be seen screaming at a woman holding a child and two others in tow as a man is pulled aside and punched repeatedly outside Grace Baptist Church in late June.

"Your church is going up in flames tonight," a protester can be heard yelling off-camera, the Times-Union, a local paper reported. Police say no arrests have been made.

"I want them to know that Jesus loves them," John Koletas, pastor of the Baptist church, told Fox News of the protesters. 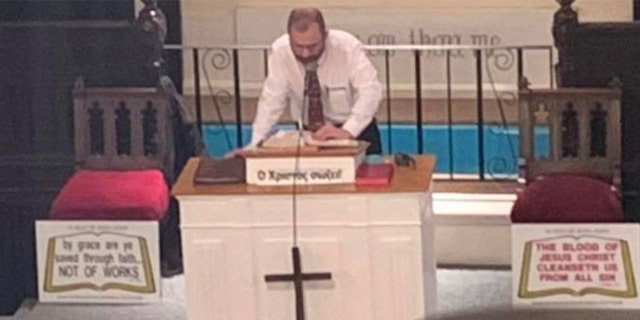 Grape Baptist Church Pastor John Koletas preaches as the congregation has been targeted by Black Lives Matter protesters for a gun-giveaway and controversial comments he’s made from the pulpit but the pastor doesn’t apologize.
(Grape Baptist Church Facebook)

"We're not changing our message, the same gospel message that Jesus said you must be born again, to soothe the wicked, evil conscious of these savages that hate God, hate the Bible," he said. "This Marxist group BLM and Antifa, they're all for violence in the overthrow of a peaceful republic."

After the threats to burn down the building and alleged death threats, the church has ramped up security.

In addition to the gun giveaway, protesters and critics point to Koletas' preaching as racist.

"The Grace Baptist Church Facebook page frequently posts clips of sermons with titles like 'Stop celebrating black history month,' 'Every Muslim is a terrorist' and 'Jews have ruined America,'" Troy resident Mollie Gilchrist wrote to the editors for the Times-Union.

"It’s within the context of Koletas’ anti-Muslim, anti-Jewish, anti-Black ranting that this gun raffle becomes a much more sinister and potentially dangerous act," she explained.

But Koletas denies their claims, citing that minorities make up nearly one-third of the congregation, which describes itself as "an old fashioned church, preaching the old-time religion."

In the video, Black members can be seen trying to keep the peace and in a photo posted on the church's Facebook page from the weekend, the pastor points out the "hypocrisy" as one White protester is seen allegedly trying to discourage a Black married couple from attending the church.

The Baptist pastor maintains that although the protests are dying down, his church's attendance is not.

"We've had people saved. Even one of the protesters was saved. We've had a couple of people baptized," he concluded. "The Lord's really blessing our church."