The unlicensed, “Rumble in the Bronx” club was operating in an industrial building on Coster Street in Hunts Point, sheriffs say.

Investigators raided the warehouse at 11:15 p.m. Saturday and found at least 203 people watching and participating in amateur fights. 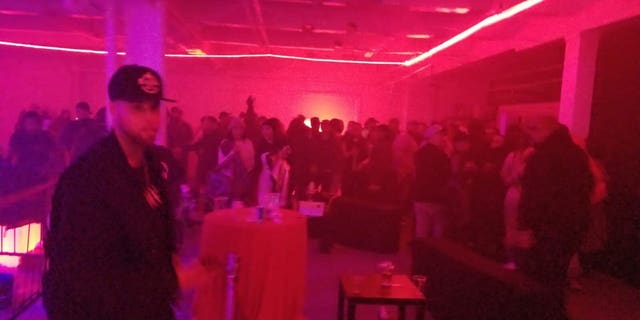 “A bunch of nickel bags were thrown all over the place,” a source told the Post.

Sheriffs arrested 10 men from the Bronx, Brooklyn and Long Island for organizing the illegal gathering.

Michael Roman, 32, of the Bronx was identified by officials as the CEO of Rumble in the Bronx Fight Club.

This is just the latest illegal large gathering busted by the New York City Sheriff’s Department.

Deputies busted up an election-night fight club in East Williamsburg, after video of the underground wrestling event made the rounds on Twitter.