One in ten products on sale at stores in Poundland are no longer being sold at their traditional £1 price, it has been revealed.

The bargain store, which has more than 900 stores nationwide, confirmed that a surge in half-year profits had seen the company shift away from being a single-price retailer.

Poundland owner Pepco added it had also seen success with its new clothing ranges offered in 300 of its larger stores.

It comes as the embattled retail industry faces 200,000 job cuts in 2021 after 320 shops closed every week in 2020 in the worst year for the High Street in a quarter of a century. 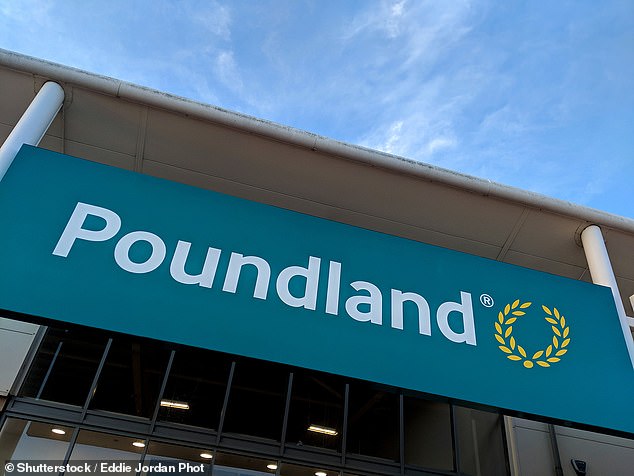 One in ten products that are on sale at Poundland are no longer being sold at their traditional £1. (Stock image)

Poundland and its European equivalent Dealz saw a like-for-like sales increase of 1.4 per cent during the six months to the end of March compared with the same period a year earlier.

This was despite bosses saying stores, which remained open as ‘essential’ retailers, were hit hard by the various pandemic restrictions.

Bosses said they also managed to reduce rents by around 50 per cent on 44 stores and looked set to cut rental fees on a further 211 stores within the next two years.

Shoppers shunned its stores primarily due to their locations typically being in covered shopping centres or busy high street locations where the perceived risk of infection was higher, the company said.

But bosses remain confident for the future and highlighted that the introduction of frozen food in 50 stores, following a deal with Fultons Frozen Food last October, was working well.

Its frozen food offering is now available in 129 stores, with the intention to have it available in 700 within the next two years.

Profit margins increased by 60 basis points, with customers having stocked up on lower margin products the previous year, bosses added.

Poundland now has 917 stores in the UK and Ireland, with its Pep&Co clothes lines in 300 larger stores.

The parent company Pepco, which recently listed on the Warsaw stock exchange, said total sales across the business were up 4.4 per cent to two billion euros (£1.7 billion), with pre-tax profits in the period up from 64 million euros (£55 million) to 96 million euros (£82 million). 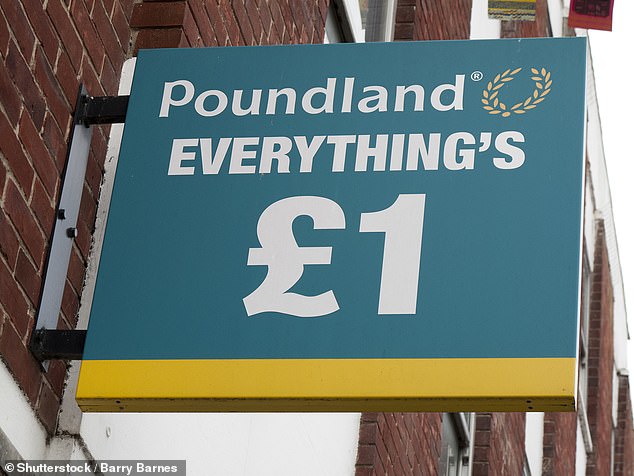 Bosses also managed to reduce rents by around 50 per cent on 44 stores and looked set to cut rental fees on a further 211 stores. (Stock image) 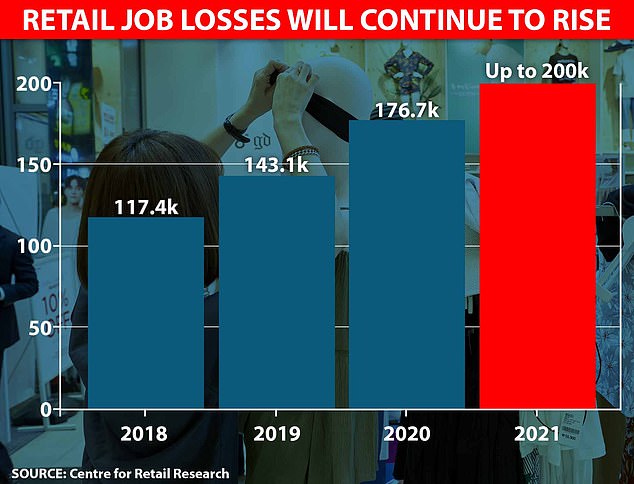 He added: ‘We anticipate that the environment in which we operate will remain changeable and challenging in the short term.’

Experts also said a further shift to online shopping this year was expected to be ‘hugely damaging’ for stores.

Director at the Centre for Retail Research Professor Joshua Bamfield said the forecast 200,000 jobs lost this year were down to firms being shut and rent arrears.

He told the BBC it was ‘the cumulative effects of months of closure and its impact upon cash flow and rent arrears that will be payable when the moratorium ends.

He said: ‘Whilst the longer-term effects of the greater use by shoppers of all kinds of online retailing is likely to be hugely damaging for physical stores.’

In February, new data from the Centre for Retail Research (CRR) also revealed around 850 retail jobs have been lost each working day since the start of the year.