Otterly cute: Pet otter cuddles up to cat as the unlikely playmates go to sleep at their home in Japan

This is the moment an otter and cat’s friendship blossomed when they cuddled up next to each other and fell asleep.

Sakura the otter and Mochi the cat were filmed lying next to each other in adorable footage taken in Japan.

Owner Mako bought three-year-old Sakura in 2018 but says this is the first time the otter and cat have cuddled each other.

He posts daily videos of the small-clawed otter on social media and has more than 400,000 subscribers on YouTube. 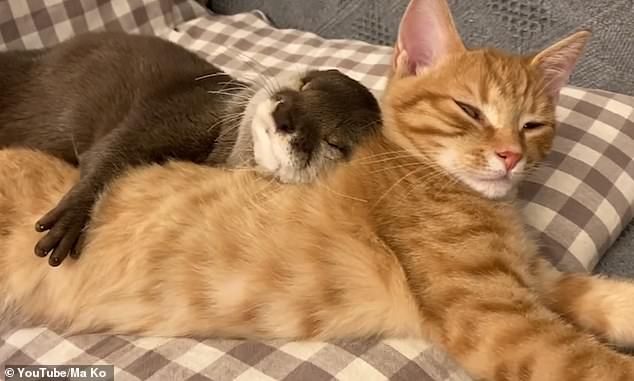 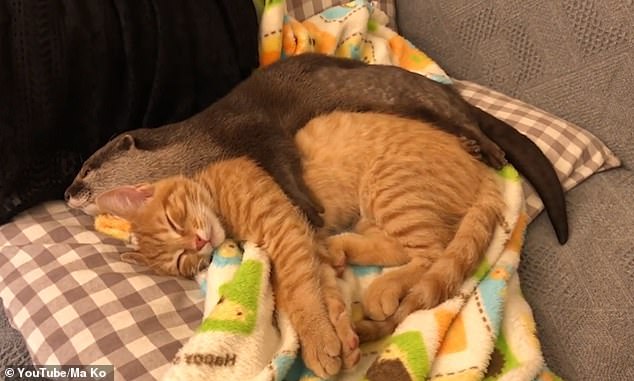 In the video, Sakura reaches around Mochi to get comfortable while squeaking before she lets out a big yawn.

The otter rests her head on Mochi’s back as she nods off while the cat turns round before slowly closing her eyes.

Mako reaches out to pet the pair of them as Mochi grooms herself and Sakura gently squeezes the cat’s belly with her paws.

The video cuts to another angle where Sakura slowly falls asleep while cuddling Mochi. 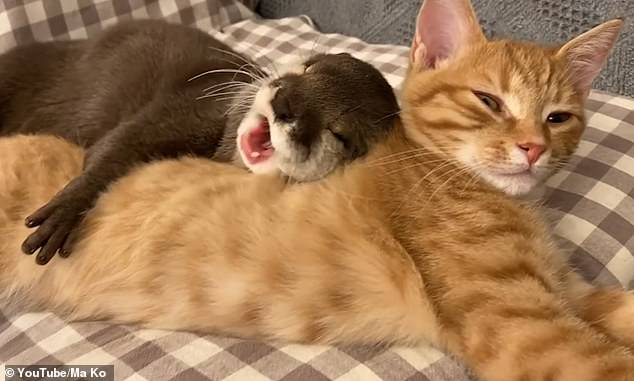 Mako shared the video on social media on July 18 with the caption: ‘Finally they hugged each other and started to sleep.’

A social media user wrote: ‘That’s as cute as anything can possibly get, ever.’

Another said: ‘This is the most precious thing I ever seen. The way the otter is holding on to the kitty so tightly and the cat is sleeping. 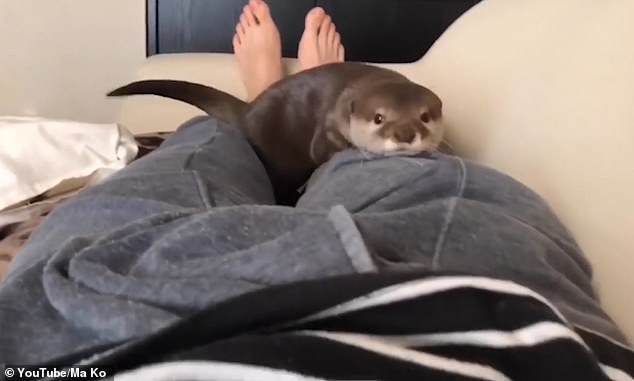 Sakura climbs up Mako’s leg at the start of the video. Mako has owned the three-year-old small-clawed otter since 2018

However, not everyone approves of the craze for otters as pets. Nonprofit Traffic has warned that small-clawed otters are being poached from the wild to export to Japan.