Over 125,000 retail jobs have been axed so far this year, show figures

More than 125,000 retail jobs have been axed and nearly 14,000 shops have closed so far this year, figures reveal as fashion firm Quiz shuts 15 of its 75 stores after sales plunged during lockdown

More than 125,000 retail jobs have been axed and nearly 14,000 shops have closed in the UK so far this year, figures have revealed.

According to analysis by the Centre for Retail Research, 125,515 retail jobs have been axed and 13,867 shops have permanently shut across high streets, shopping centres and retail parks.

The research found a previously-unaccounted 32,598 positions have gone at independent retailers, although the majority of job cuts have been at chain stores and bigger-name brands – with 73,133 losses.

It comes as fashion chain Quiz announces it will permanently close 15 of its 75 stores after sales plunged by more than 77 per cent during lockdown, amounting to approximately 90 job losses. 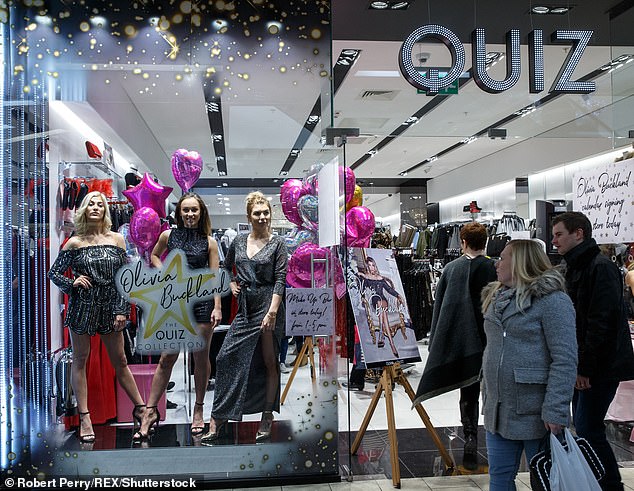 Fashion chain Quiz told investors that 48 of the outlets it operated prior to lockdown have reopened, and it expects to increase this to 60 sites in total (file photo of store in Glasgow)

Professor Joshua Bamfield, director at the Centre for Retail Research, said: ‘There are some good times being had, but the majority of retailers are under incredible pressure. Many retailers really missed the opportunity in the early 2010s to recast their businesses.

‘They’re being forced to do it now and they have to move more quickly because what should’ve been done over five years is being done over six months.’

The 125,000 jobs axed in the retail sector do not include those lost in the leisure and hospitality industry, which is suffering its own employment cull.

Some retailers have created positions to cope with extra demand. These include new roles in supermarkets like Tesco and Iceland, alongside online giants Amazon and courier firm DPD.

However, concern remains that they will not be enough to cover the shortfall.

Helen Dickinson, chief executive of the British Retail Consortium, said: ‘Coronavirus is continuing to have a devastating effect on many retail businesses, with shopping malls and town centre shops suffering significantly lower footfall.

‘Government must ensure a more sustainable long-term tax system – avoiding the cliff-edge of rents and business rates in April.

‘Without action, the recent job losses we’ve seen across the industry may be just the tip of the iceberg.’ 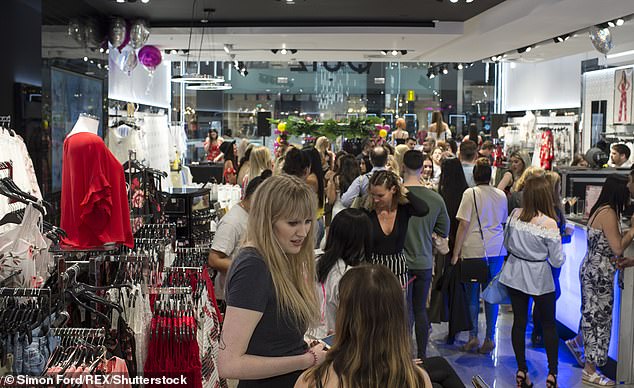 The update came as the company revealed that revenues plunged by 77 per cent to £13million for the five months to August 31 (file photo of event for store opening in Westfield, Stratford)

It follows Quiz telling investors that 48 of the outlets it operated prior to lockdown have reopened, and it expects to increase this to 60 sites in total.

In June, the retailer puts its stores’ business into administration with the loss of 93 jobs.

The retailer also closed its seven branches in Ireland and three in Spain, as part of the restructuring.

A spokesman for Hudson Sandler told MailOnline that each store is staffed by approximately six people, totalling to around 90 job losses.

The update came as the company revealed that revenues plunged by 77 per cent to £13million for the five months to August 31 after it was hammered by the enforced closure of stores.

It also said it discounted heavily on products to account for ‘lower demand’, meaning profit margins slid by around 6 per cent.

Online sales dived by 54 per cent over the period to £8million, despite the channel remaining open during the lockdown.

Sales through its website steadily improved during the period, it said, but in August remained 11 per cent lower than the same period last year.

It was boosted by extending its casual ranges as shoppers turned away from smarter items and occasion-wear.

Meanwhile, sales from UK stores and concessions tumbled by 89 per cent to £2.9million from £27.3million in the same period last year. 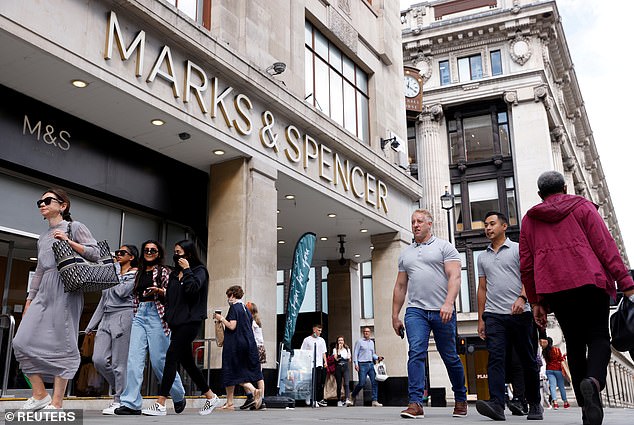 Quiz said it is ‘encouraged by the consistent improvement’ in like-for-like sales in recent weeks.

Revenues from its international stores dived by 81 per cent to £2.1million as they were also affected by the pandemic, while the closure of Debenhams stores in Ireland cut its concessions in the country by more than half.

John Lewis, the former barometer of the nation’s shopping habits, announced 1,300 jobs were at risk and eight stores will never reopen – including the Birmingham branch which falls under the jurisdiction of its Conservative mayor Andy Street, himself the former boss of the retailer.

It joined Costa to bring the total number of jobs lost in major redundancies to 2,800 last week alone.

The cuts to retail have been felt particularly hard, and it is understood a concerted effort to force the Government into a business rates holiday extension is under way.

Executives at Arcadia and River Island alongside lobbyists representing West End retailers and businesses have been encouraging retailers to write to the Treasury.

Some have also been asked to include estimates of how many jobs they plan to axe in the event an extension beyond the end of March deadline is not granted.

The Treasury wrote off £10.13billion in taxes due for business rates, fully exempting 358,264 occupied retail, leisure and hospitality properties in England, according to the real estate adviser Altus Group.

Robert Hayton, Altus Group’s head of business rates, said: ‘Many retailers are clinging on to solvency and for those, an abrupt halt to the current rates holiday could spell the end, full stop.

‘Whilst what comes next cannot be a return to pre-pandemic levels of property taxes for retailers, it must strike a balance with public finance affordability. Targeting support to where it is most needed is the only realistic way to achieve this.’

In response to the jobs crisis in retail, the Government has announced a series of attempts to get the public shopping and spending. 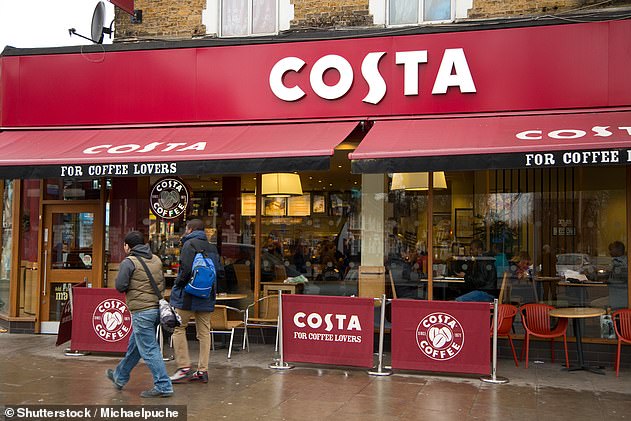 Cafe chain Costa has said 1,650 staff are at risk of redundancy as it looks to cut costs amid continued uncertainty over when trade will fully recover following the pandemic

These include a Kickstart scheme to encourage businesses to create new jobs for those on low incomes or who are unemployed, which will be funded by the Government for six months. No figures of costs have been revealed so far.

The Chancellor has also promised a Job Retention Bonus of £1,000 per employee brought back to work once the furlough scheme ends in October, resisting calls to extend the furlough payments.

Insolvency Service figures reveal 305,427 positions were reportedly at risk of redundancy, according to filings by businesses, and further plans to increase spending also include encouraging workers back on to the commute to support local businesses in office districts.

London’s West End is facing particular difficulties, with the £5billion a year spent by tourists vanishing overnight and retailers are pushing the Government to offer tax-free shopping for EU visitors.

He said: ‘Ensuring that visitors from the EU are eligible for tax-free shopping ahead of the transition period ending on the 31st of December will give the economy a potential billion pound boost that it will desperately need in 2021 and beyond.’

The Centre for Retail Research also found 43,381 jobs have been lost through retailers falling into administration whilst 10,556 posts have been axed through Company Voluntary Arrangements.

Landlords and retailers have been furiously negotiating, with some retailers calling for a switch to sales-based rents, which is already used heavily throughout transport hubs.

A further 71,578 jobs have been shed through ‘rationalisation’ as part of cost-cutting programmes by multiple retailers or small shops simply pulling their shutters for good.

How more than 190,000 jobs have now been lost or are at risk amid the coronavirus pandemic

Here is a list of some of the major British employers that have announced major job cuts since the start of the lockdown.