‘Privileged white women’ are supporting the causes of sexual violence by wanting ‘bad men’ fired or imprisoned, according to a shocking Oxfam staff training document.

The charity, which has been hit by a slew of sex scandals, compiled the document through its LGBT network.

Accompanied by a cartoon of a crying white woman, it claims that mainstream feminism supports ‘the root causes of sexual violence’ and even appears to suggest that reporting rape is ‘contemptible’. 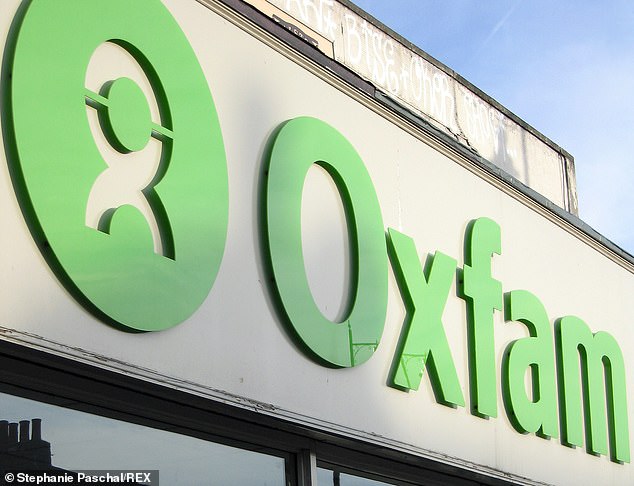 The charity, which has been hit by a slew of sex scandals, compiled the document through its LGBT network

Next to the cartoon of a sobbing white woman is a caption saying that this attitude ‘legitimises criminal punishment, harming black and other marginalised people’.

The document recommends staff read Me Not You: The Trouble with Mainstream Feminism, a book by Alison Phipps, a professor of gender studies at Sussex University.

It then links to the academic’s Twitter account, including a thread which summarises the main themes of the book, including: ‘White feminist tears deploy white woundedness, and the sympathy it generates, to hide the harms we perpetuate through white supremacy.’

Summarising the theme of her book, Professor Phipps states: ‘Mainstream feminism is supporting, not undoing, the root causes of sexual violence.’

Oxfam has insisted the training was voluntary, and included links to ‘suggested reading to help in understanding the issues’ that did not reflect Oxfam’s views or policy.

Naomi Cunningham, a discrimination and employment law barrister, said: ‘The message seems to be that a woman who reports a rape or sexual assault to the police and presses charges is a contemptible ”white feminist”,’

She added: ‘I think any woman could make an arguable case that this has created or contributed to ”an intimidating, hostile, degrading, humiliating or offensive environment”, which is how the Equality Act defines harassment.’ 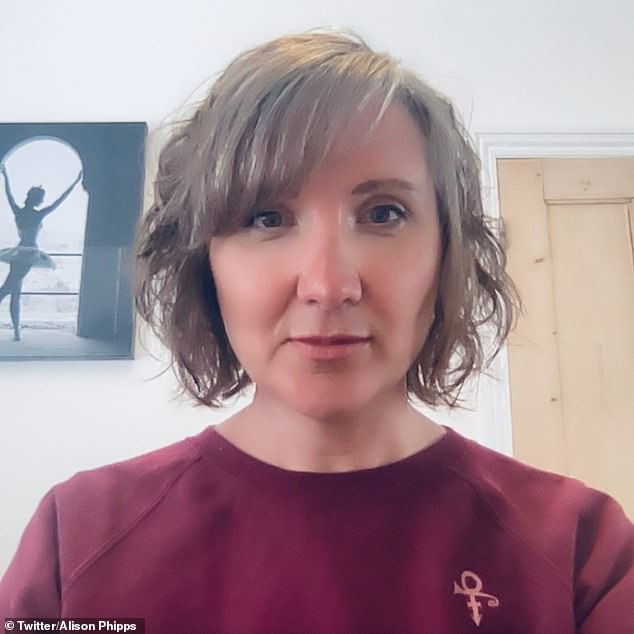 The document recommends staff read Me Not You: The Trouble with Mainstream Feminism, a book by Alison Phipps, a professor of gender studies at Sussex University (pictured)

Meanwhile, Frank Furedi, emeritus professor of sociology at Kent University, suggested that the book carried the message that the ‘colour of your skin symbolises original sin’.

The training, called Learning About Trans Rights and Inclusion, was drawn up in 2020.

It was compiled after the charity’s LGBT+ network wrote to management demanding that they publicly support trans people and claimed that debate about rights was part of a ‘patriarchal and white supremacist narrative’ used by the far right.

Alison Phipps told MailOnline today: ‘I can’t comment on the Oxfam training materials as I haven’t seen them, but my book is grounded in a long tradition of feminist thought and politics that sees criminal punishment as part of the problem and not the solution.

‘I would never tell a survivor of sexual violence what to do, but I would like us to have better choices than criminal punishment, media exposure, or silence.’

Oxfam said: ‘Oxfam works to tackle discrimination and inequality whether that is on the basis of race, sex, gender identity or sexuality. Our commitment to gender equality includes trans people. 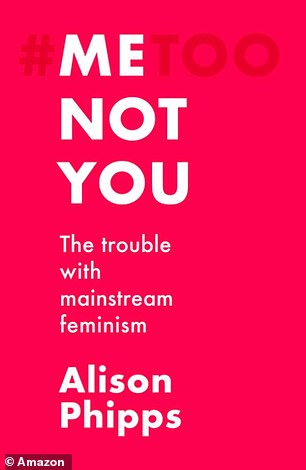 Summarising the theme of her book, Professor Phipps states: ‘Mainstream feminism is supporting, not undoing, the root causes of sexual violence’

‘We believe everyone has the right to freedom of gender identity and expression and will do everything we can to ensure those rights are respected and upheld within our organisation and through our work.

‘Oxfam treats all allegations of sexual exploitation and abuse extremely seriously and actively encourage people to report wherever they have a concern. How to report is covered thoroughly in our staff training provision.’

In April it emerged that Oxfam was under investigation over new allegations of sexual exploitation just weeks after it was cleared to apply for government aid funds again following the Haiti scandal.

The charity suspended two aid workers last week and has commissioned an independent investigation into accusations against senior managers in the Democratic Republic of Congo (DRC), The Times reported.

But whistleblowers said they had raised concerns about the alleged misconduct as far back as 2015.

Oxfam has been operating in the DRC since 1961. The charity employs 273 staff whose work concentrates mainly water and sanitation projects among vulnerable communities.

The latest allegations were written in a ten-page letter sent to the charity’s leaders in Oxford in February.

The letter made various allegations about 11 individuals and was signed by 20 former and current Oxfam staff.

It said: ‘We hope that the DRC does not become another example of Oxfam’s failure to prevent power abuses following the Haiti media exposé in 2018 and Oxfam’s explicit commitment to do better.’

In February Oxfam was released from strict supervision by the charity watchdog following ‘significant’ reforms after the Haiti aid workers sex abuse scandal.

In 2018 it emerged that some Oxfam workers had engaged in ‘sex parties’ with prostitutes after the 2010 Haiti earthquake disaster.

Four employees were fired for ‘gross misconduct’ and three others, including the charity director in Haiti Roland Van Hauwermeiren, left the charity.