This is the rusty Volkswagen van that was transformed into a stunning rocket-powered truck by a British car enthusiast.

Perry Watkins, 55, from Buckinghamshire, took six years to build the £50,000 vehicle, which boasts 5,000 horsepower, a top speed of 300mph and is like ‘riding on top of a firework’, according to the man himself.

Originally starting as a pick-up truck that spent most of its life on an Oklahoma farm, the 1958 vehicle now gleams with a shiny red and cream base colour and silver wheels rims – but it’s the back of the invention that really amazes.

The van is kitted out with a refurbished Rolls Royce Viper 535 fighter jet engine and an afterburner, giving Perry’s Volkswagen a new futuristic look.

But surprisingly for such a complex creation, the idea for ‘Oklahoma Willy’ was born during a simple chat in the pub with some friends. 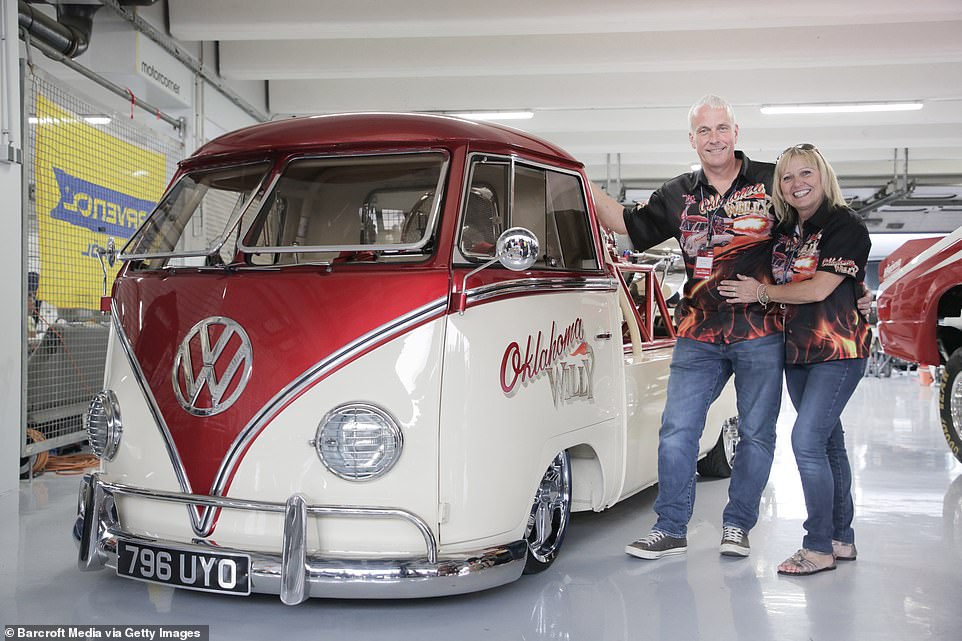 Perry Watkins poses with his stunning Volkswagen van that he has transformed into a £50,000 rocket-powered vehicle 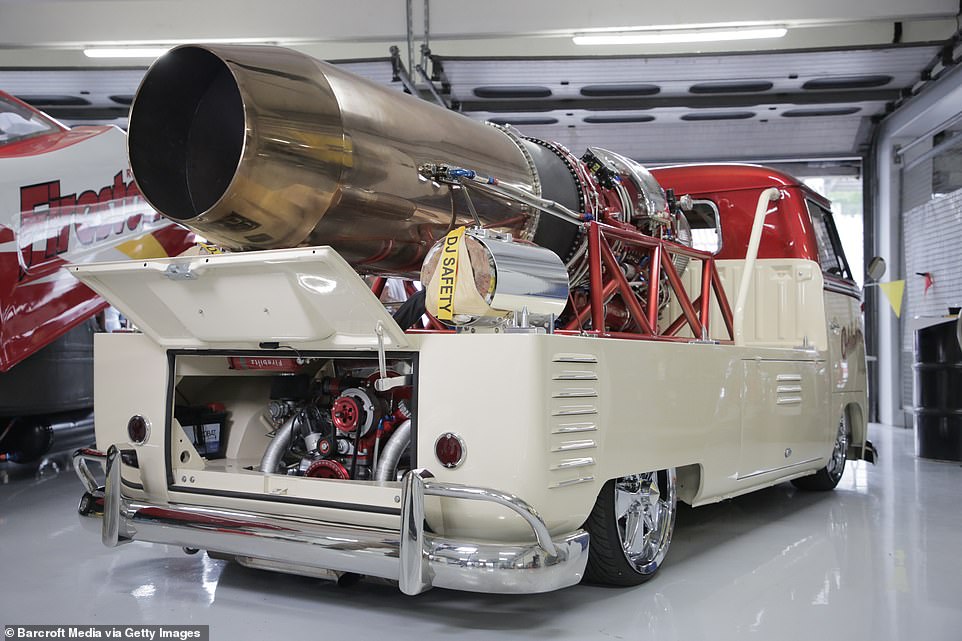 A look at the back of the futuristic-looking invention shows an after-burner fitted to it, with a Rolls Royce fighter jet engine 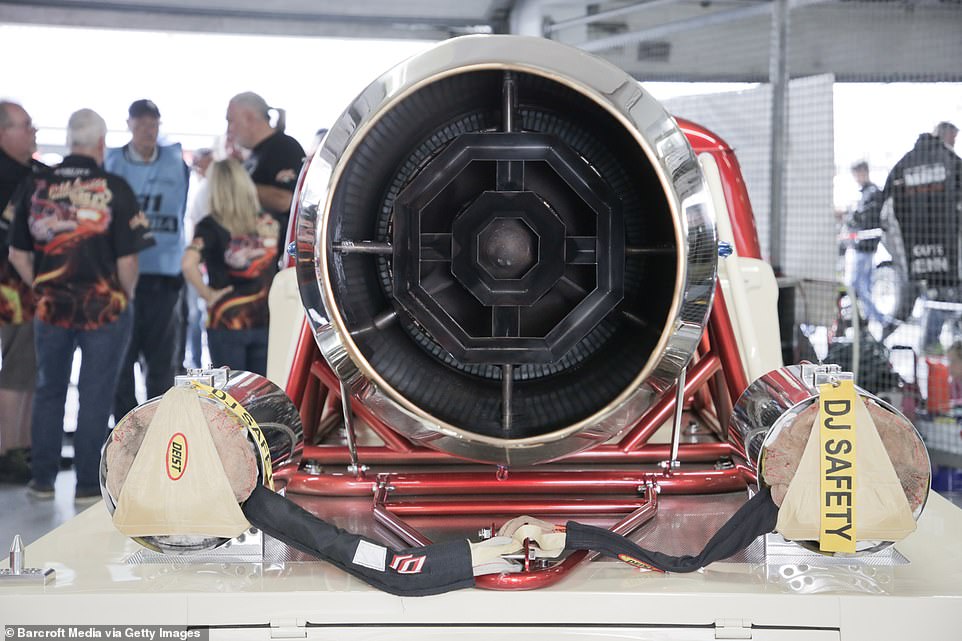 The van is capable of reaching a top speed of 300mph, although Perry has only travelled at 157mph, which he said was ‘hairy’

‘We sit at the pub and come up with stupid ideas,’ said Perry. ‘I’ll then lock myself in the garage for five years and build it.’

So off Perry went. First he purchased the fighter jet engine, which was originally made in 1978 – stripping it down, polishing it in aluminium and taking around two years to finish. Then he added the after burner – which was another six months of work – before finally importing the old Volkswagen pick-up. It took three more years before the project was wrapped up.

Perry, who owns Perrywinkle Customs and is no stranger to wild automotive creations, doesn’t like to do something that’s been done before, and holds the rare and iconic vehicle close to his heart. 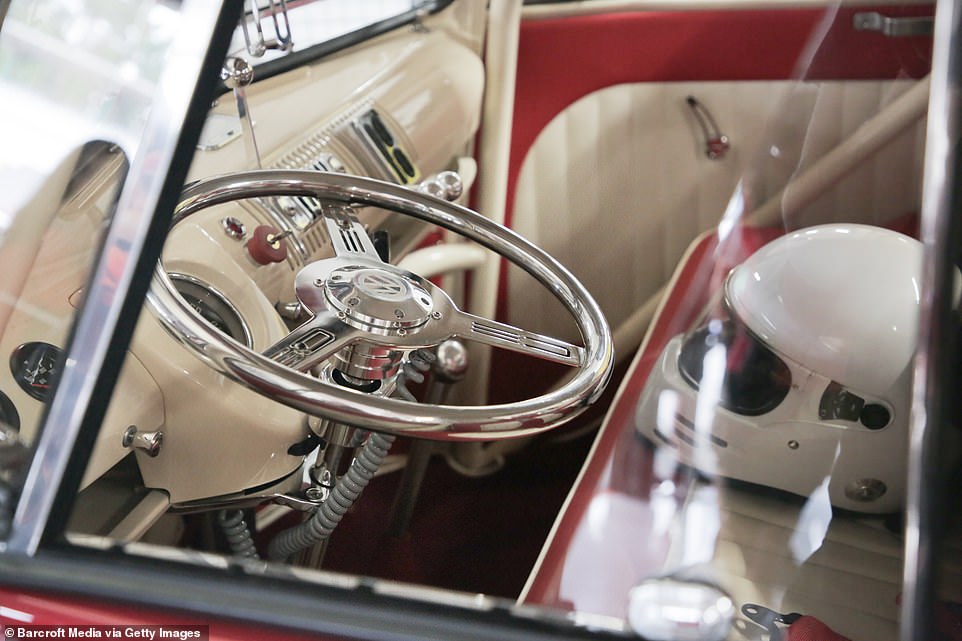 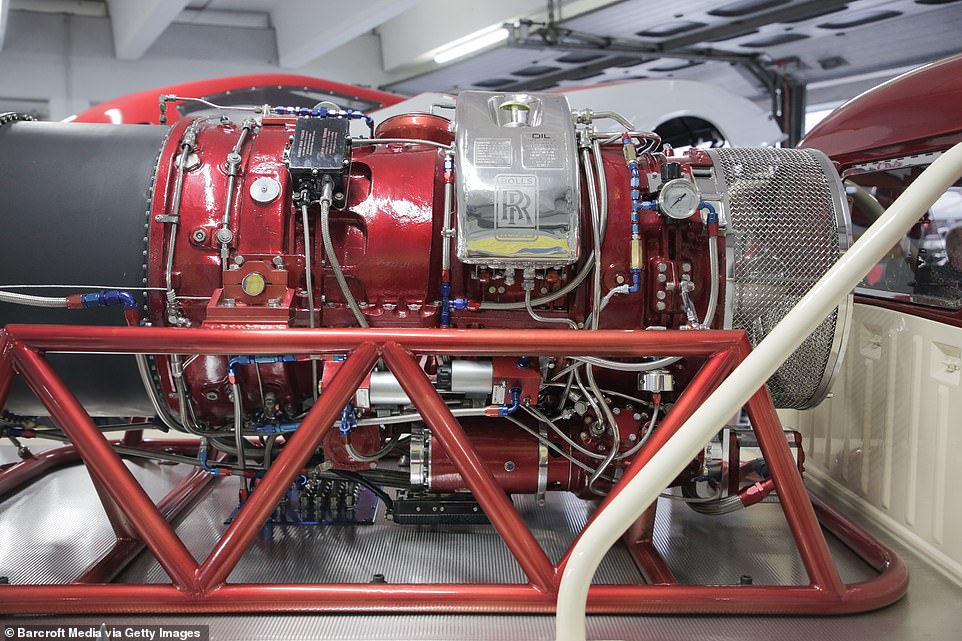 Incredibly, the invention is street legal due to the original engine sitting in its place – as long as the jet engine isn’t fired up 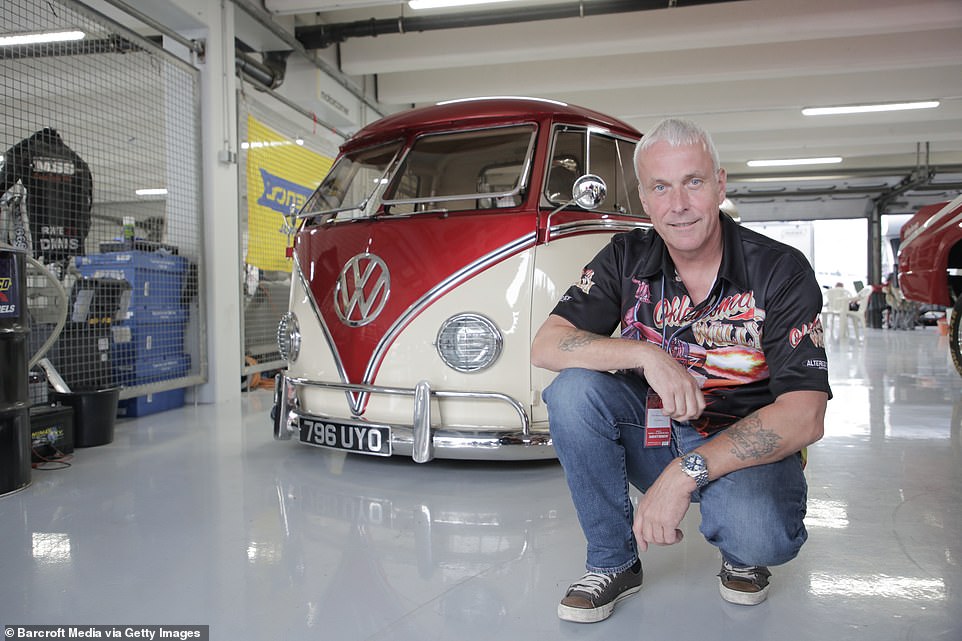 He has created a host of other bizarre vehicles including a nine foot Dalek and a 24 inch tall replica of the Batmobile dubbed the Flatmobile.

In 2009, he also secured a Guinness World Record for the world’s smallest road legal car called the Wind Up, which was the size of a washing machine.

And in 2010 he claimed another world record for the world’s fastest furniture – creating a car made from a dining table and chairs.

Perry has taken the van out for a spin, but despite its top speed of 300mph, he has only done 157mph – a thrill ride he said was ‘a bit hairy’ albeit ‘exhilarating’. 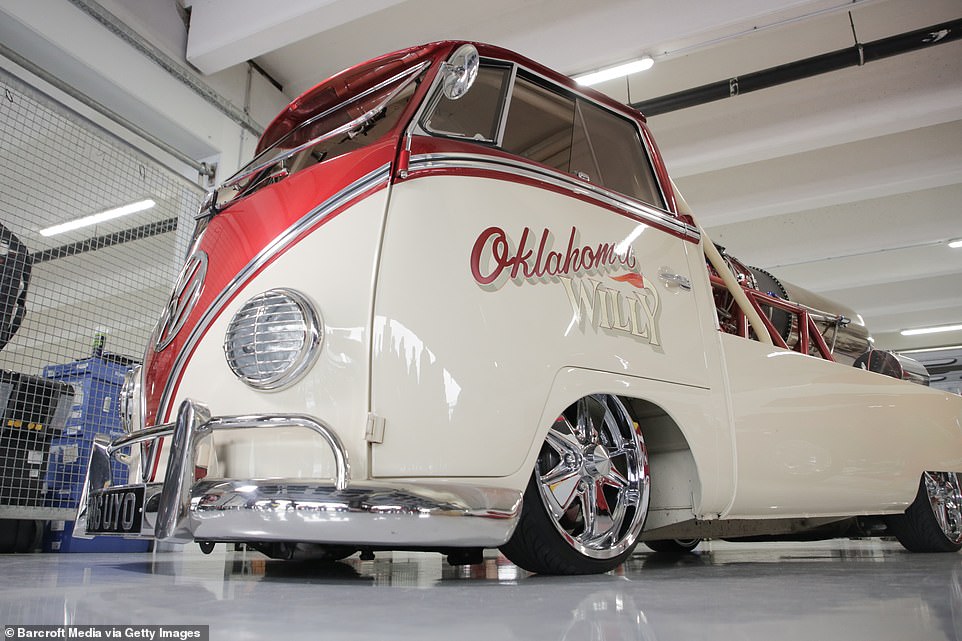 The truck has previously been tested in Bedfordshire, with footage of it racing down a track racking up over one million views

He has previously tested its speed at the Santa Pod raceway in Bedfordshire, with the incredible footage of him soaring down the track amassing more than one million views.

‘It was extremely nerve racking the first time I drove the car under jet power,’ he said. ‘I had no idea how the car would react, it is after all 60 years old and as aerodynamic as a brick.

‘The car could have spun out of control, flipped or even taken off as the 5,000 lbs of thrust was applied.’

Incredibly, the Oklahoma Willy is street legal – thanks to the original engine that sits in place – providing you don’t fire up the jet. Perry describes the power as ‘one of the most incredible things you can ever experience’.