Madrid: A British woman who has spent six years travelling around Europe with her partner has gone missing in the Pyrenees on the border between Spain and France, French police said on Sunday.

Esther Dingley, 37, has not been heard of since she spoke to her partner Daniel Colegate on November 22.

She went missing after travelling in the couple's camper van on her own while he stayed at a farm in Gascony in France, Colegate was quoted by the BBC saying. 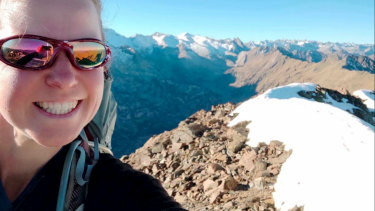 She started hiking last Saturday from Benasque, Spain, and planned to stay the next night at Refuge Venasque, France but never arrived, he said.

The Pelotonde de Gendarmerie de Haute Montagne in Lunchon in France said on Sunday they were searching for her.

A spokesman for the UK Foreign, Commonwealth and Development Office said: "Our staff are supporting the family of a British woman reported missing in the Pyrenees."