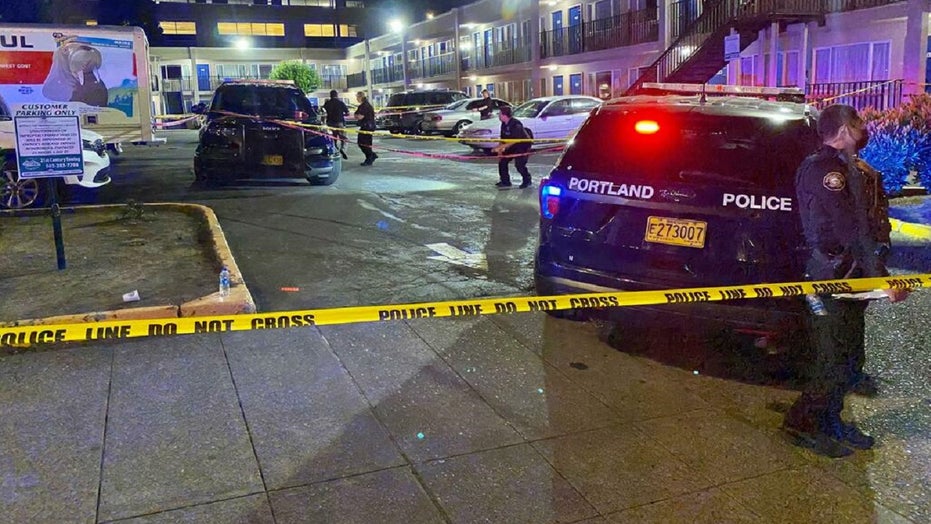 Portland police have released more information about Thursday night’s fatal officer-involved shooting and the events that followed when a mob of protesters took to the city’s streets, where some flattened tires and broke windows on at least one police car in the area, authorities said.

Details of any protest-related arrests were not available as of early Friday morning, but authorities overnight shared images of a police car that had its tires flattened and windows shattered by what they described as a “hostile crowd.”

In an updated summary of events, the Portland Police Bureau said early Friday its officers were dispatched just after 7 p.m. Thursday to conduct a welfare check on “a white adult male dressed in all black at a motel.” Police did not provide any other information about what led to the shooting other than to say: “After officers arrived with paramedics, they encountered a man matching that description and an officer involved shooting took place.”

Police will announce the name of the officer involved in the shooting, who has been placed on paid leave pending an investigation, at some time on Friday, they said.

The demonstrators gathered as police were investigating the shooting. Police said some protesters threw objects and one person grabbed an officer’s baton. An officer was sprayed with an unspecified chemical substance.

The police bureau said in a tweet that there was “erroneous information being circulated on social media” regarding the shooting, and said the suspect involved in the shooting was a White adult man. Police said no one else was hurt.