Portrait of a country that can’t get its act together on testing: Images show deserted screening centre as families across the land are unable to get checked

It is an image that captures the farce of Britain’s Covid-19 testing shambles.

This testing centre in Peterborough lies almost empty as desperate families across the country are unable to get checked so they can return to work and their children can get back to school.

Some parents in the city have even been told they must go to Scotland for a test. 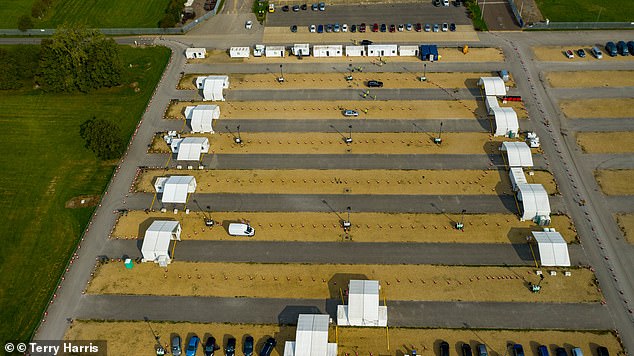 Tests were unavailable in many of England’s worst affected areas yesterday.

But in a sign of the chaos surrounding the testing programme, some centres were eerily quiet, with staff left idle.

Many sites have been left deserted due to laboratories buckling under the strain of trying to process a backlog of swabs.

One father from Peterborough described yesterday how he was told he would have to travel 450 miles to Aberdeen Airport to get his two children tested. 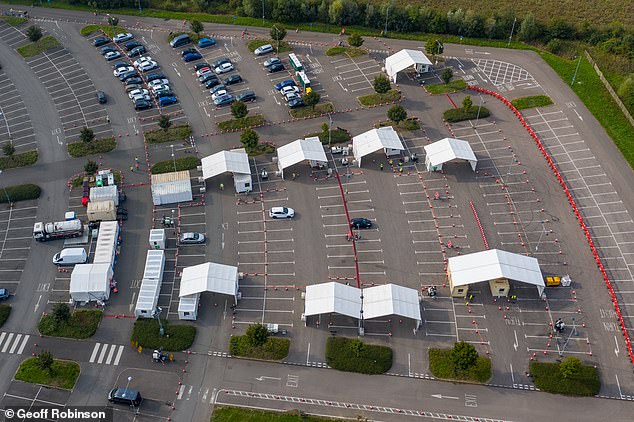 The man, who did not want to be named, said: ‘We made endless attempts to book testing, but there was no availability in Peterborough or anywhere even close.

His family visited three mobile testing sites in Peterborough but were turned away because they did not have a booking.

They were also unable to get a home testing kit, leaving them quarantined at home. 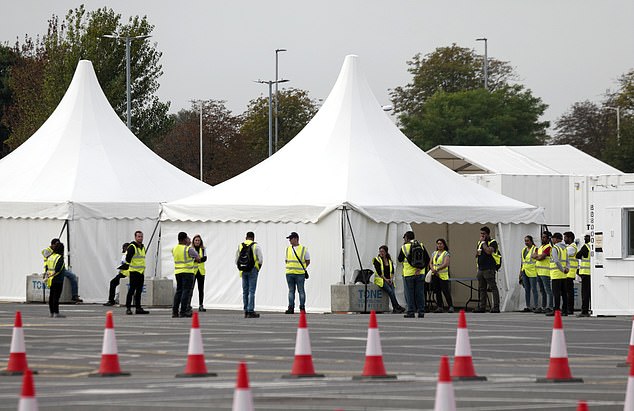 Meanwhile, huge queues formed at a walk-in centre in Southend, Essex, for the second day in a row as hundreds of people who were unable to book tests online overwhelmed the site. Confusion also reigned in Deeside, North Wales, where drivers with pre-booked slots sat in two-hour long queues – only to be turned away once they got to the site.

Facilities in Greenwich in south-east London and Newham in east London were also largely empty.

Meanwhile, people struggled to book tests in virus hotspots. Slots were offered in just one of the ten local authorities with the highest Covid-19 infection rates yesterday.

It was not possible to book a test in Bolton, which has the highest infection rate in England with 204.1 cases per 100,000 people.

Yet a centre at the Last Drop Village Hotel in Bolton did not carry out any tests during a 30-minute period yesterday afternoon. One tester said: ‘On the ground, we’ve got everything in place but we’re just not getting the people through.’ 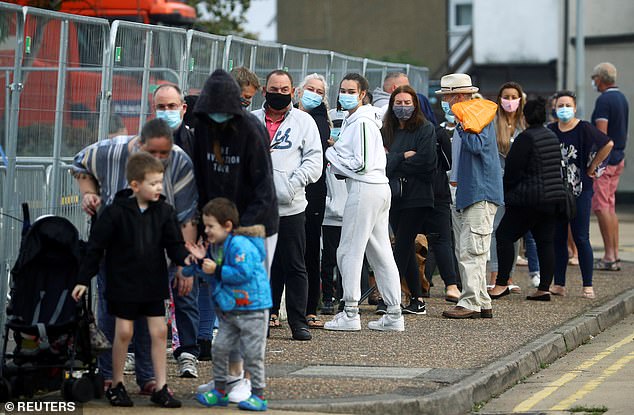 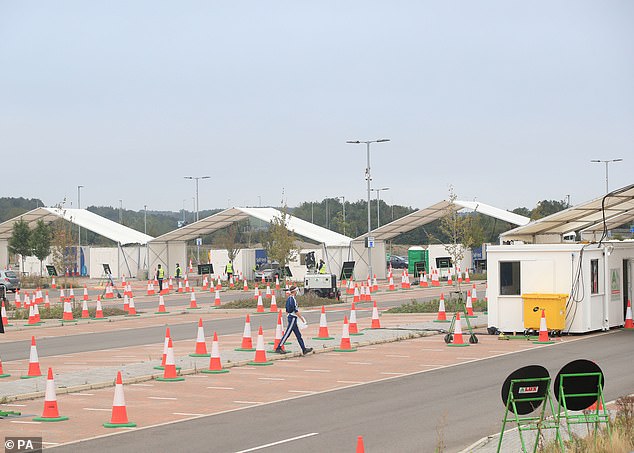 Tests were also unavailable in Oadby and Wigston, in Leicestershire, which has the second highest rate.

But those trying in Hyndburn, Lancashire, which has the seventh highest rate, were being offered a walk-through 20 miles away in Bolton, with slots free at Mere Hall car park, the Government website said.

Tests were unavailable in the remainder of ten local authorities with surging cases: Blackburn with Darwen, Burnley, Tameside, Warrington and Knowsley, all in north-west England.

There were no queues at a walk-in centre in nearby Chester yesterday afternoon. But a manager admitted they only had a handful of slots left by 2pm.

Boris Johnson has promised that there will be capacity for 500,000 tests a day by the end of October.

A Department of Health and Social Care spokesman said: ‘There has been a spike in demand in recent weeks and the message is clear – only people with symptoms should be requesting a test.’