PRINCE Charles has jetted off to an official two-day visit to Athens – and will hail the “strong and vital” ties between the UK and Greece.

The Prince of Wales and Duchess of Cornwall are both attending the Bicentenary Independence Day celebrations, following an invitation from Greece's Prime Minister Kyriakos Mitsotakis.

They landed at Athens airport at just before 5.30pm local time to be greeted by a guard provided by the Hellenic Armed Forces.

Camilla was pictured wearing a blue and white dress by Fiona Clare, a cape by Anna Valentine, and a face mask with Prince of Wales feathers sent to her by a member of the public.

The couple will attend an official state dinner and reception at the presidential mansion on Wednesday evening, where Charles will give a speech to mark the 200-year anniversary.

Charles, who has previously described Greece as "the land of my grandfather", is expected to say: "Your Excellency – today, as in 1821, Greece can count on her friends in the United Kingdom.

"The ties between us are strong and vital, and make a profound difference to our shared prosperity and security.

"Just as our histories are closely bound together, so too are our futures." 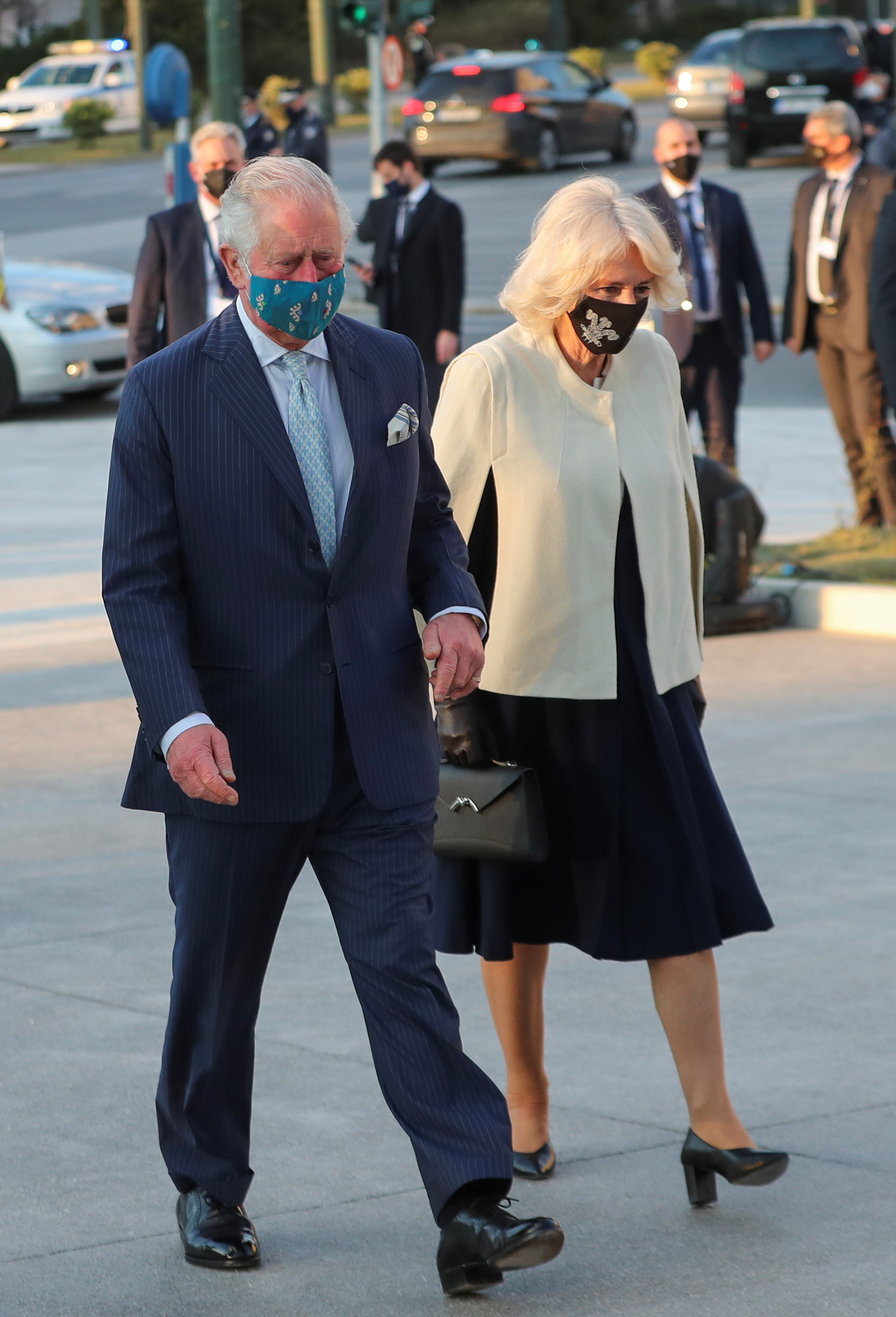 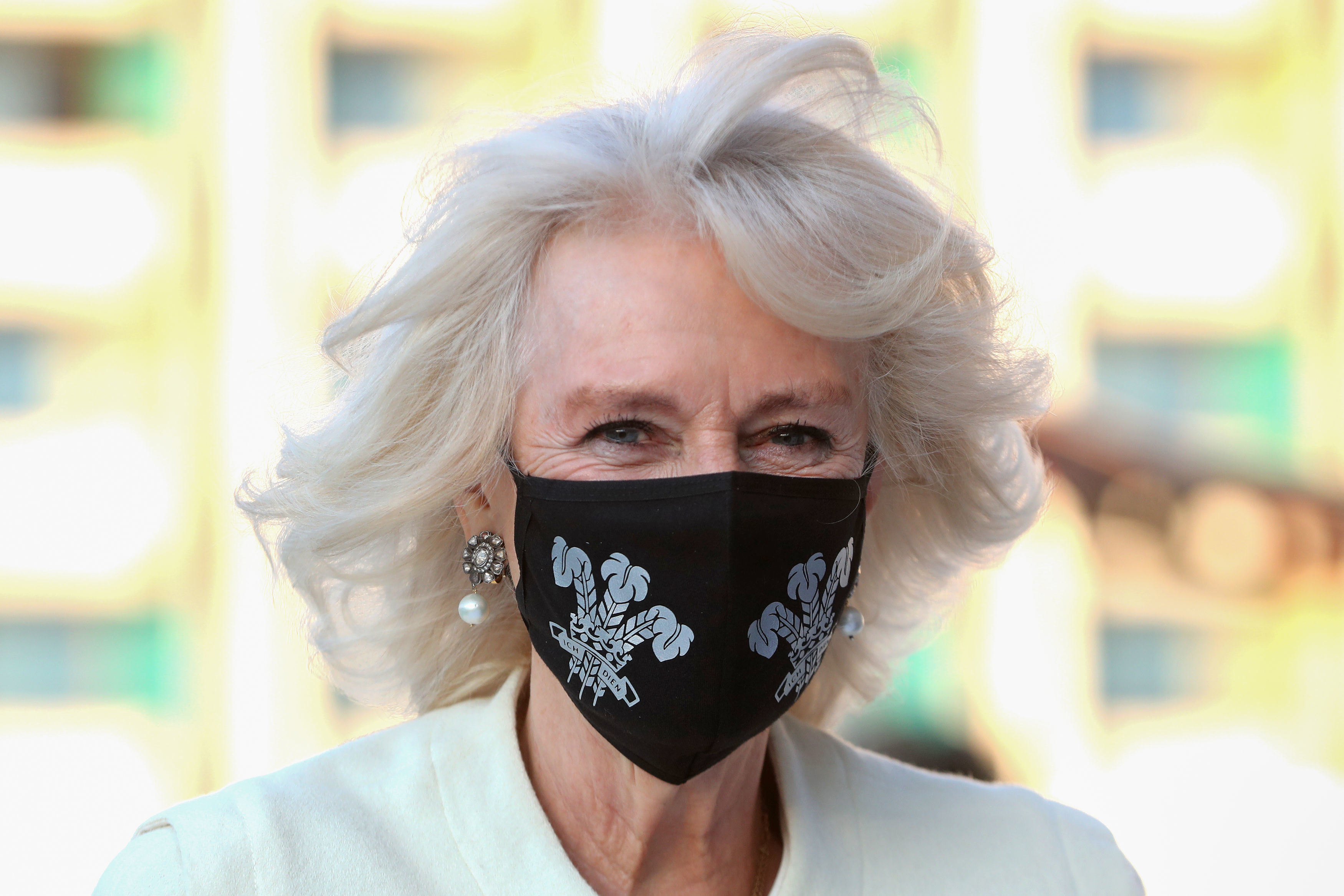 On Thursday, the couple will attend a wreath laying at the Memorial of the Unknown Soldier and watch the Independence Day Military Parade which marks Greece's uprising against the Ottoman Empire in 1821.

In previous years, thousands of people waving Greek flags have lined the main streets of central Athens to watch the March 25 parade.

Charles and Camilla have both travelled overseas during the Covid-19 pandemic, visiting Germany in November for a brief two-day trip to attend commemorations marking the country's National Day of Mourning.

Both Charles and Camilla received their jabs on February 10, with Camilla reported to have received it from a royal doctor at her home in Wiltshire.

Charles suffered a mild dose of the virus during the first wave last March and had to isolate at Birkhall, in Scotland. 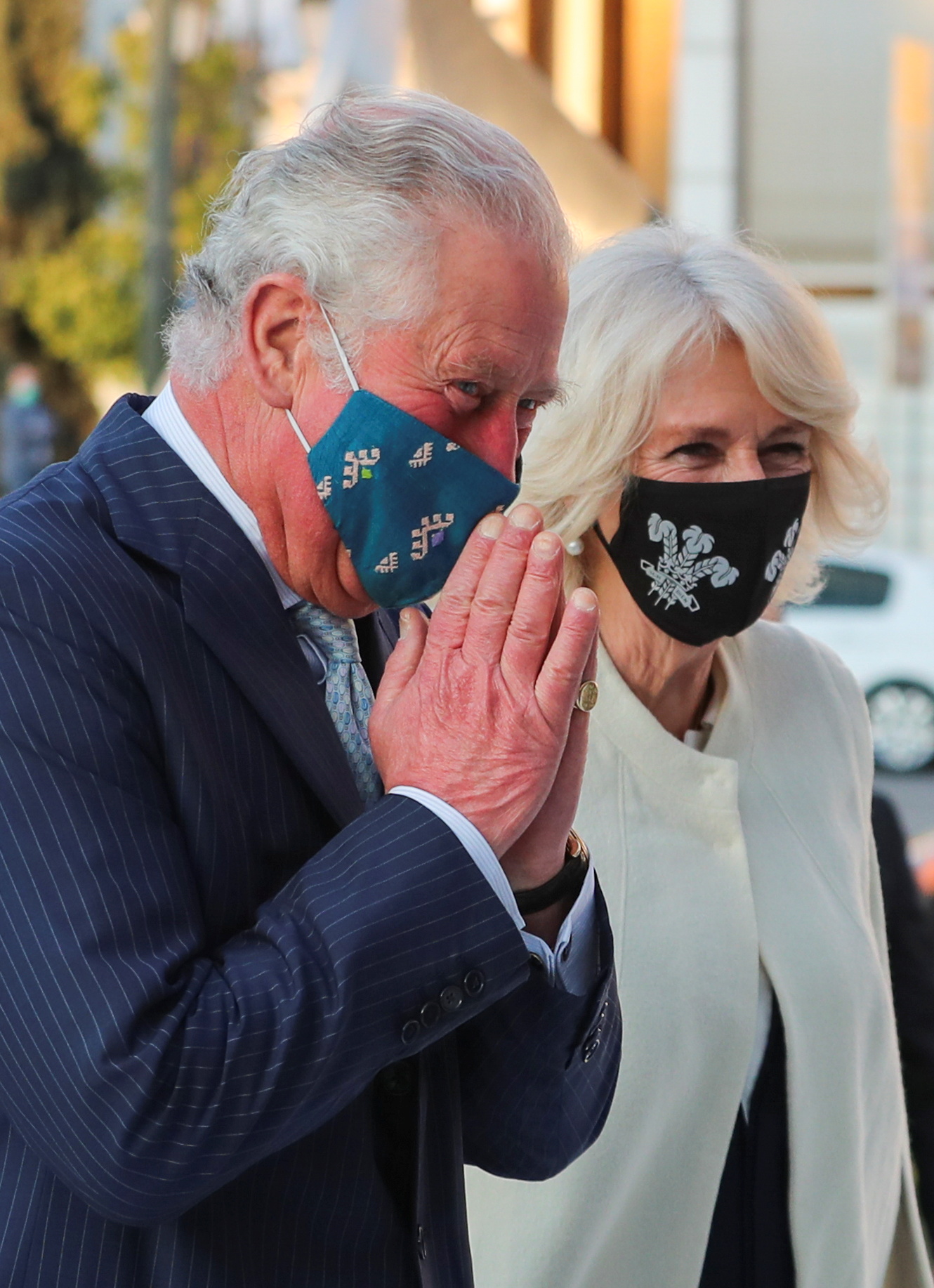 The couple have previously confirmed they planned to get vaccinated but said they would wait their turn and not expect preferential treatment.

Clarence House announced the visit to Athens last week in a statement which said: "At the request of the British Government, Their Royal Highnesses the Prince of Wales and the Duchess of Cornwall will attend the Bicentenary Independence Day celebrations in Athens from 24th-25th March.

"This follows an invitation from the Prime Minister of Greece, Mr Kyriakos Mitsotakis.

"The Bicentenary Event's Independence Day celebrations will take place from the evening of Wednesday 24th March and will conclude on Thursday 25th March, 2021."

Last July, Charles said he hoped to visit Greece again after the pandemic.

In an opinion piece for Ta Nea, a daily newspaper in the country, he sent his "heartfelt wishes to the people of Greece at this very difficult time".

He added: "The resilience of Greece and her people has been tested before, and I hope that the country will once again emerge with renewed vigour and optimism.

"When that moment comes and the world has made its way through this challenging time, my wife and I do so hope to visit Greece and to see you all again.

"Until we meet again."

Under current rules you can only travel internationally (or within the UK) where you first have a legally permitted reason to leave home.

People can only travel abroad for essential reasons including work that cannot be done from home.

All departures to Greece must have a travel declaration form and a negative coronavirus test to enter, as well as a Passenger Locator Form and to return you will also need three Covid tests and quarantine for 10 days.

It comes as vaccinated British holiday makers could be able to jet off to Greece as early as May.

The Greek government has suggested vaccinating airport staff and holiday resort workers in a bid to kick-start their tourism industry – but EU leaders have said it's too soon.

Greece could find themselves in the EU's bad books, after the bloc insisted on a united approach to allowing non-essential travel from outside the EU to resume.