‘It was a bit bumpy’: Prince Philip’s pen pal of 40 years recalls her ‘shock’ as Duke took the controls of plane they shared after he offered the classical musician a lift back from charity show

A forty-year pen pal of Prince Philip has recalled her ‘shock’ as the Duke of Edinburgh took the controls of a private plane as he jetted her back from a charity show.

Classic musician Liona Boyd revealed how she was invited onto the Prince’s Hawker Siddley plane in 1995 as he flew her from an event in Manchester to a naval base in Norfolk.

She described the flight with Prince Philip as a ‘surreal’ experience in which she chatted with the plane’s crew as the Duke – a trained pilot – took control.

‘I was so shocked when he took the controls himself. It was a bit bumpy,’ she told the Sunday Mirror.

Today the singer, who enjoyed a 40-year friendship with the Prince, described the Duke as the ‘most wonderful, kind and humorous man’.

The touching tribute followed the Duke’s death earlier this month at the age of 99.

The 71-year-old revealed how she exchanged hundreds of letters with Prince Philip after meeting at a royal event in the 1970s.

The English-born star, often referred to as the First Lady of the Guitar, also revealed she once stayed the night at Windsor Castle with her then real-estate developer husband. 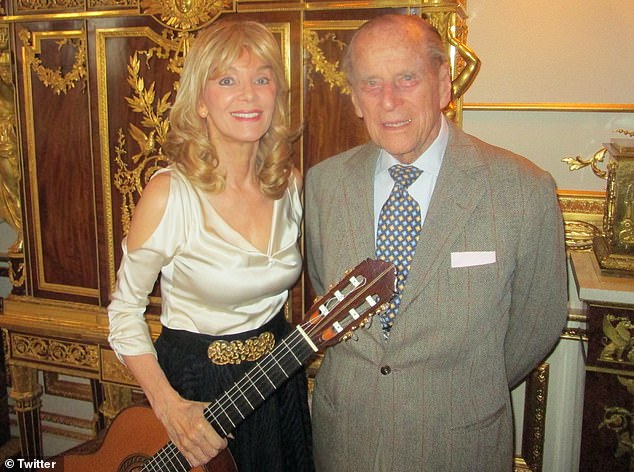 Classic musician Liona Boyd exchanged hundreds of letters with Prince Philip after meeting at a royal event in the 1970s. 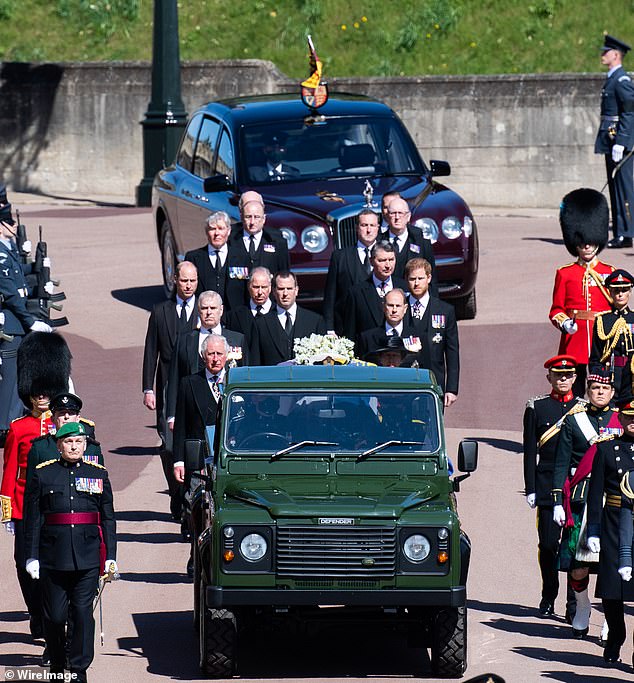 Royal family members gathered yesterday for the funeral of Prince Philip, who died at the age of 99 on April 9

Liona told the Sunday Mirror how she ‘clicked’ with the Duke at while she performed a private dinner at the National Arts Centre in Ottawa in 1977.

The singer, who was born in London, but grew up in Toronto, Canada, said she went on to exchange hundreds of letters with the Duke over the next 40 years.

She would scent the letters with her French perfume, while Prince Philip would hand-write or hand-type his responses.

‘I think he lived vicariously through my adventures,’ she told the Mirror.

‘He always wrote back right away. He was very prompt. I sent him poetry – he said my lyrics were brilliant. I was thrilled and never took it for granted.

‘He became one of the most wonderful anchors of my life. I loved those trips to the post office, seeing his beautiful stamps.’

She said Prince Philip, who died on April 9, and whose funeral was held yesterday at Windsor Castle, once told her in a 2016 letter that he ‘didn’t expect to live that much longer’. 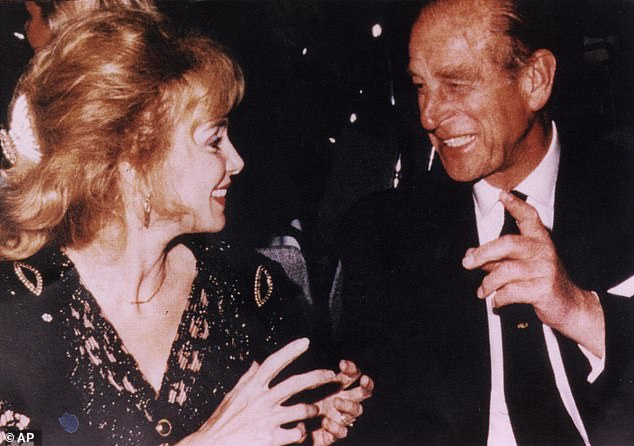 He also told her in another letter: ‘The older I get, the quicker birthdays seem to come’.

Alongside exchanging letters, which he would sign off with ‘Yours ever’ or ‘Love, Philip’, the pair also met several times over their 40-year friendship.

Liona, who has worked with the likes of Eric Clapton and Olivia Newton-John during her glittering career, wrote her and the Duke’s flight in her biography ‘In My Own Key’ – in which she revealed her eight-year romance with former Canadian Prime Minister Pierre Trudeau.

Liona also revealed she sat next to the Duke at the World Wide Fund for Nature in Toronto in 1993, and visited Windsor Castle with her husband.

While there she was introduced to the Queen Mother and Princess Margaret.

She later visited again in 2016, where the Duke gave her permission to detail their friendship in her book.

Liona said she continued to send letters to the Duke right up until this year, when lockdown prevented her from sending more. 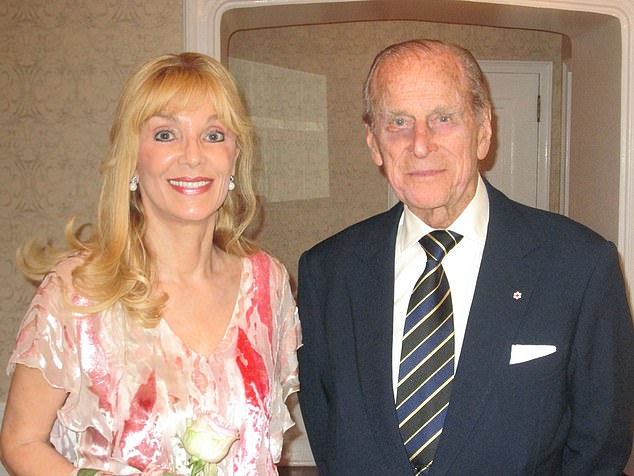 Liona said she continued to send letters to the Duke right up until this year, when lockdown prevented her from sending more. Liona shared this picture of her and the Duke together

Yesterday the Duke was given a final send-off at Windsor Castle following his death on April 9.

A reduced guest list of thirty members of the royal family and the Duke’s friends joined together at St George’s chapel on Saturday to celebrate the long-standing royal’s life.

The event, which was meticulously planned by the Duke himself, included songs and hymns – some of which nodded to his ties to the Royal Navy.