Channel 31 presenter Marie Kelly dreamt of following in the footsteps of stars Hamish Blake, Andy Lee, Waleed Aly and Gorgi Coghlan, who all got their start at the community TV station.

But the actor’s ambitions look set to be hampered when the federal government forces the channel’s free-to-air operation to close at the end of this month, despite not planning to use its frequency range for at least three years. 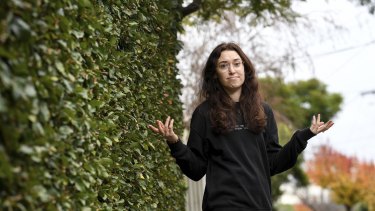 Marie Kelly has been volunteering at Channel 31 since 2017.Credit:Penny Stephens

“Everyone’s always said if you want to get the best start in film and TV, especially in Melbourne, you go to Channel 31,” said Ms Kelly, who has volunteered behind and in front of the camera at the station since 2017.

“[It’s] pretty devastating because the show that I’m working on … [is] meant to be airing on the 25th [of June] … and then the rest of the season was to run for the rest of the year, but that won’t be possible.”

Channel 31 had been due to shut down its free-to-air broadcasts this time last year but was given a last-minute one-year reprieve.

The move follows the release of an Australian government green paper in November that indicated that the broadcast spectrum occupied by Channel 31 would not be auctioned off and repurposed, potentially for mobile broadband, until at least 2024.

“This means when it is switched off [this month] it will be replaced by nothing but white noise,” Melbourne deputy mayor Nicholas Reece said.

“People working in the creative industries have been amongst the hardest hit by COVID-19. You could not pick a worse time to be pulling the plug on Channel 31. It would be bone-headed, almost bloody-minded to switch off community TV now.”

Cr Reece said Channel 31 had been a training ground for aspiring broadcasters, producers, sound engineers, directors and screenwriters and had helped launch the careers of TV personalities who were now household names. 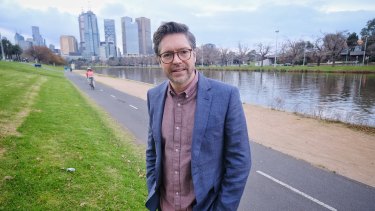 The station, along with Channel 44 in Adelaide, has faced uncertainty since 2014 when then-communications minister Malcolm Turnbull ordered it to shift to an online-only model to free its spectrum up for new technologies.

Channel 31 general manager Shane Dunlop said he could not understand why the free-to-air operation needed to close now when the spectrum wasn’t currently needed and it cost the government nothing, but that he didn’t think the move was ideological. 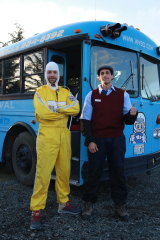 “I just can’t believe that they would have such strong opinions around community television when we might well be the only broadcaster that is truly politically agnostic,” he said.

“Having said that, I don’t have the answer to why they are so steadfast on doing this, particularly in the absence of there being a public benefit to have us removed when the space we occupy will be dormant for possibly five more years.”

Mr Dunlop said Melbourne’s non-English-speaking communities and senior citizens had relied on the channel during the pandemic and would have missed out on vital public health messages without it.

He said Channel 31 already had a YouTube channel that averaged a million views a month, but it only received about $150 in ad revenue for it.

He said the station would be part of a national community TV streaming service being launched in the next week.

“[But], if that’s all we are come July 1, well that will cost us more money than it will make in any sponsorship and, so, it’s not sustainable long-term, and it will likely mean that we’ll be unable to continue,” he said.

A federal government spokesman said last year’s licence extension had been provided to assist Channel 31 to finalise its transition to digital.

“These reforms assume that community television will continue its transition to digital delivery of services as planned.”

Channel 31, which has broadcast for 26 years, is located in William Street in Melbourne’s CBD and has about 1100 volunteers, students and employees working for it.

The urgent council motion is to be voted on at Tuesday evening’s Future Melbourne Committee meeting.