A RACIST prom proposal that referenced black people "picking cotton" has caused so much outrage that an entire school district has been forced to switch to remote learning amid an onslaught of threats.

The controversy was sparked when an image of two students from Big Lake High School, in Minnesota, were seen in a Facebook post holding up a sign reading: "If I was Black I'd be picking cotton, but I'm white so I'm picking you. Prom?" 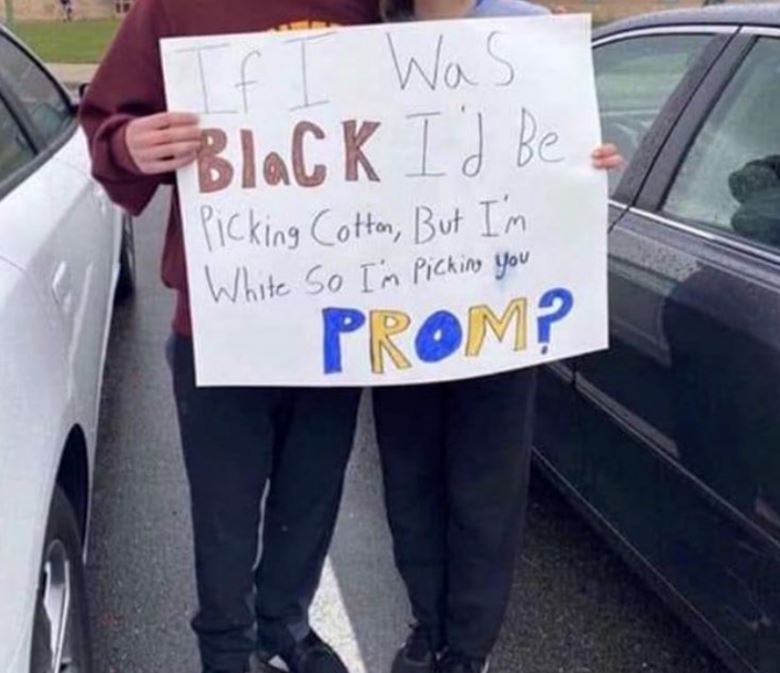 The image was shared widely across social media, prompting the Big Lake School to issue a statement on its website on Wednesday insisting it was taking the matter "very seriously".

The school said it has "addressed the actions of the individuals involved in this incident", and added that state and federal data privacy laws prohibited it from disclosing more information.

"What we can tell you is that Big Lake Schools recognizes that events of this nature can be traumatic to our students, staff and community," the statement read.

"We, as a school, need to immediately and comprehensively respond to those concerns with understanding and support."

The school stressed that it also "does not condone racism accept racism, intolerance or discrimination in any form."

However, outrage continued to erupt across Wednesday.

In a statement issued to parents that evening, the school district said it had received "a number of threats towards our schools" in connection to the prom proposal, Newsweek reported. 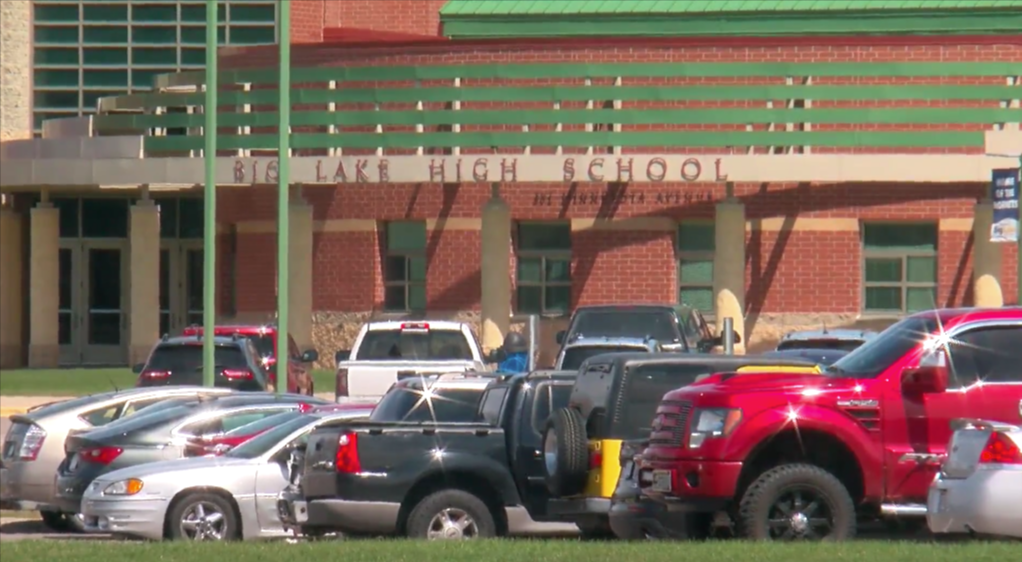 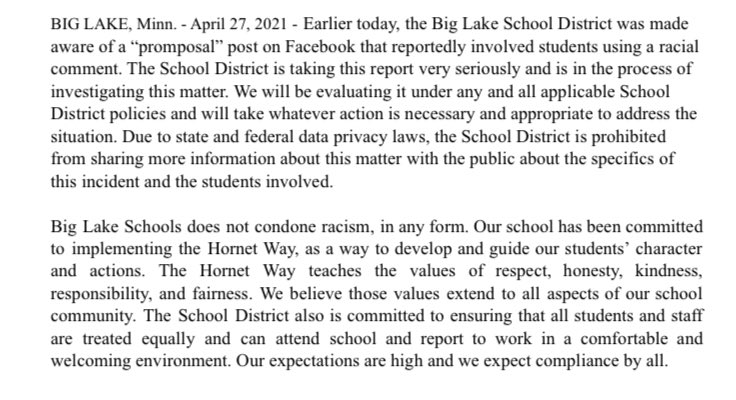 The message said that all K-12 students would move to distance learning on April 29 and April 30, in the "interest of student and staff safety."

Big Lake School District also said it would be closing all of its buildings for the next two days.

"We have had numerous conversations with local law enforcement and are working quickly to resolve this issue. Student safety is our top priority at all times," the message said, according to Newsweek.

In the meantime, the school said it would be reaching to civil rights leaders and other professionals to learn how to " better ensure acceptance, inclusion and respect for all members of our community."

Students and parents of children at the school say they're hoping the viral incident won't just be "swept under the rug".

Jennifer Alery, a mother of biracial children at the school, told WCCO the sign outraged her.

“I just felt this the whole time my kids were going to school, so for it to finally come to light, it was very shocking,” Alery said.

Alery’s daughter, high school senior Janaya Dimkpa, added: "If those kids are going to be allowed at prom, then it’s not going to be a welcome place for everyone.

The father of the boy, who was not named, told the network he family is receiving threats, but wouldn’t say anything further.

The mother of the girl in the picture had no comment.

Additional social workers have been brought in to the high school to help process any trauma from the incident.

The sign was used by a student in a "promposal" in Florida in 2018.

In that instance, the school said the student was banned from attending school activities for the rest of that year, including the prom and graduation