Rapist, 26, who snatched 13-year-old schoolgirl off the street and forced her to perform sex acts before being caught and filmed on camera by girl, 10, and her sister is jailed for 20 years 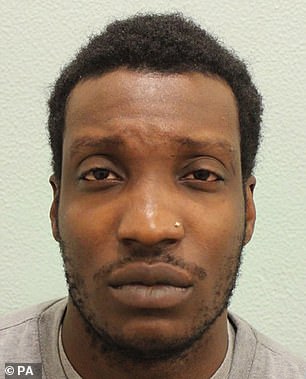 Kadian Nelson, 26, (pictured) assaulted the 13-year-old while she made her way to school in Mitcham

A man who kidnapped and raped a schoolgirl in south-west London has been handed a 20-year sentence.

Kadian Nelson, 26, who previously pleaded guilty to rape, kidnap and threats to kill, assaulted the 13-year-old while she made her way to school in Mitcham.

Kingston Crown Court heard the girl was speaking to her friend on the phone when Nelson began following her.

He then suddenly approached her, placing one hand ‘incredibly tightly’ around her mouth and then on top of her head.

The prosecution said the incident on November 3 was caught on CCTV and was witnessed ‘fortuitously’ by a 10-year-old girl who was walking along the road at the same time that morning.

‘She saw the defendant place his hands over the girl’s mouth and the girl gave the witness a look that indicated to her that she was definitely not OK,’ Ms Akudolu added, prompting the 10-year-old to call her older sister, who then called the police.

Nelson then took the victim into an alleyway and told her that if she did not do what he said, he would kill her.

The case sparked a fevered vigilante response when the witnesses uploaded a clip of themselves apprehending Nelson in the street.

Footage shared to social media last year prompted outrage, with furious locals warned not to take the law into their own hands after angry groups gathered at addresses in the area.

In April, Nelson was beaten in jail hours after admitting his crimes, according to The Sun.

According to MyLondon, people who knew Nelson said he, ‘fantasised about cutting people’s tongues out of their throats’ as a teenager.

Prosecuting, Nneka Akudolu described Nelson as ‘prowling around’ while ‘wearing a pair of rubber gloves’ 20 minutes before the victim was grabbed.

Kingston Crown Court heard the girl was speaking to her friend on the phone when Nelson.(pictured being arrested) began following her

Ms Akudolu told the court: ‘The call was still connected to her friend and the girl could be heard saying to the defendant ‘I’ll pay you, take all my money, take all my belongings, just leave me alone’.

He took off his jacket, told her to take off her coat and her school blazer and told her to kneel to the floor before sexually assaulting her, the court heard.

Minutes later, the assault stopped and he told the victim to put her blazer on and her jacket and then made her wear his coat and pulled the hood of the coat down over her face.

The 10-year-old witness and her sister then intervened, with the older sister recording the incident on her phone.

‘The witness stepped into the alleyway and shouted ‘What are you doing with her?’ and the defendant said to leave them alone, saying, ‘She’s my sister, she’s family’,’ Ms Akudolu said.

The defendant was then chased by the witnesses and quickly made off as the police arrived at the scene.

Later on, the witnesses uploaded the footage to social media.

Nelson was later arrested by police after a member of the public spotted him in a shop and recognised him from the footage. 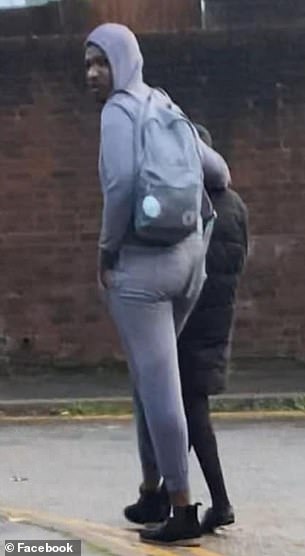 Prosecuting, Nneka Akudolu described Nelson as ‘prowling around’ while ‘wearing a pair of rubber gloves’ 20 minutes before the victim was grabbed

The court heard that prior to the attack, several people reported Nelson acting suspiciously in the area after seeing the video on social media.

One woman told police Nelson followed her home and the next day spotted him again, prompting her and her flatmate to spend the night in a hotel as they were ‘so unsettled by his presence,’ Ms Akudolu said.

The court heard Nelson also had three previous offences, two relating to possession with intent to supply of cocaine and heroin and one relating to threatening with an offensive weapon in a public place, for which a hospital order was given.

A doctor assessed Nelson prior to his guilty pleas and found he was ‘not suffering from a mental health defect’.

The victim, who appeared in person at the hearing, read out a victim impact statement to the court.

She said it affected her and her family on an ‘extremely personal level’ and how she views aspects of her life and her relationships. 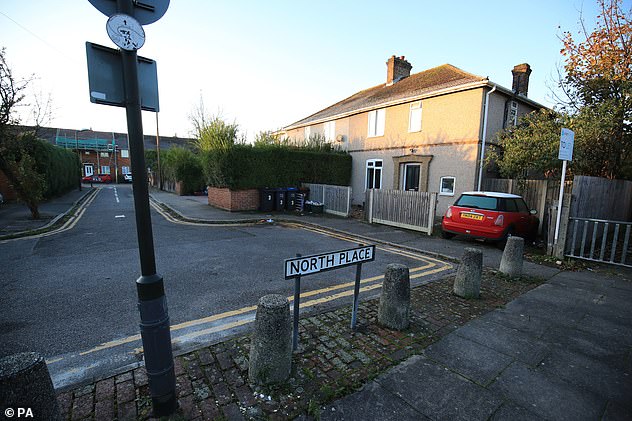 ‘It has affected my ability to do very simple everyday things now, such as go to school or be able to be independent,’ she added.

In mitigation, Nelson’s defence solicitor Mr Akinsanya said he was still only 26 and had no previous convictions of sexual offences.

He added: ‘The sentence he will receive will be an extremely difficult one for him to serve as within hours of him entering his guilty plea, he was seriously assaulted in Wandsworth prison.’

Judge John Lodge handed Nelson a 20-year sentence, 12 years of which he will serve as a custodial sentence with an extension period of eight years, for rape.

He was also given 12 years for kidnapping and five years for the threats to kill, which will run concurrently.

Nelson is also subject to a sexual harm prevention order and has been placed on the sex offenders register for life.

Sentencing, Judge Lodge said: ‘The offence was every child’s worst nightmare and every parent’s worst nightmare. A young, intelligent, articulate girl trusted walking to school, as she did every day, as she was entitled to do.

‘You attacked her in a brutal way. If it was not for the prompt actions of those who noted that, this shameful and shocking incident could have been even worse.’

The two witnesses have been awarded £250 each by the court for their efforts.