Decorated Royal Navy Commodore, 69, was killed when he suffered heart failure and crashed his car into a lorry, inquest hears

A decorated Royal Navy Commodore was killed when he suffered heart failure and crashed his car into a lorry as his wife watched on in horror, an inquest heard.

Cmdre Malcolm Williams CBE, who had 31 years of ‘distinguished service’, had a ‘lifeless’ look on his face as he sped along a dual carriageway and got ‘closer and closer’ to a truck ahead on April 20 this year.

His wife, Sally Williams, was telling the esteemed veteran to slow down, but he showed no signs of stopping before his car ‘shunted’ into a pick-up truck.

The couple were driving on the A3(M), near Waterlooville, from their home in Southsea, Hampshire, to meet friends before Cmdre Williams began feeling ‘unwell’, Portsmouth Coroners Court heard.

The court heard that the Williams’ Volkswagen Golf then veered across the road and hit a barrier but continued travelling at 66mph.

The car was finally brought to a halt when it careered into a lorry that had stopped on the hard shoulder of the dual carriageway.

The 69 year old was pronounced dead at the scene, having suffered ‘multiple injuries’. 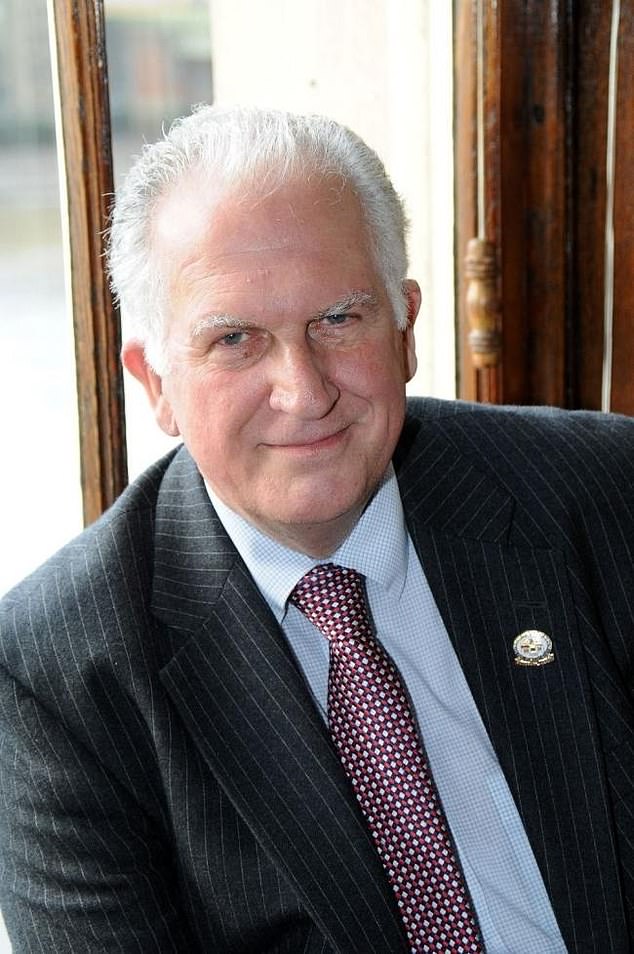 Son of Cmdre Williams, Matthew Williams, today described him as ‘a man of great capability and great principle’, and his father was ‘somebody to be proud of’.

The father of two sons served as an Operations Officer on HMS Ambuscade, a Type 21 frigate which was on the frontlines during the Falklands War.

He was later appointed CBE for leading disaster relief responses in Sierra Leone and Kosovo.

After retiring in 2004, Cmdre Williams became chief executive of Shipwrecked Mariners’ Society until 2018.

In a police statement read to the court, his wife said: ‘I remember looking up from my lap and he was going far too fast.

‘We were travelling closer and closer to a vehicle in front.

‘I shouted at him to slow down.

‘There was no reaction from him at all.

‘He was sat upright and had a lifeless look on his face.

‘I said “you should pull over,” repeatedly but there appeared to be no response. We gained on the vehicle in front and I said “slow down, slow down”.’

But Mrs Williams, who was in the passenger seat when her husband passed away, today told the court: ‘I have no recollection of the accident at all.’

A post mortem revealed Cmdre Williams, who had a heart condition, suffered multiple injuries and fractures to his body as well as a severe blood clot on the brain.

He was pronounced dead at the scene.

Hampshire Area Coroner Coroner Jason Pegg concluded: ‘There was a moment when something was not quite right as both his arms and his eyes were fixed.

‘Cmdre Williams suffered a sudden and unexpected cardiac event while driving his car which caused him to collide with the rear of the car before the barrier then he continued until he collided with the stationary vehicle.

‘The cardiac event caused him to lose consciousness and he was unable to take action.’

Mr Pegg recorded the cause of death as multiple injuries and road traffic collision. 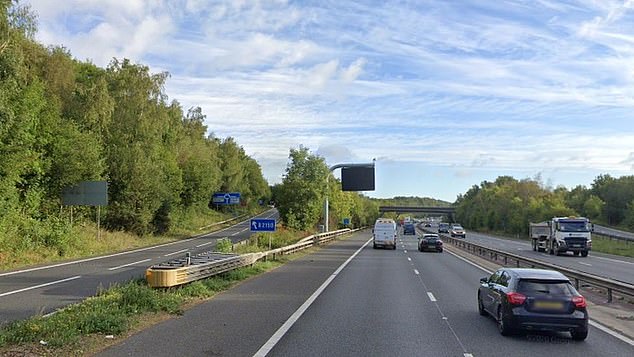 The retired Royal Navy Commodore died at the scene after he crashed into a lorry on the A3 near Waterlooville, Hampshire, when having a ‘sudden and unexpected cardiac event while driving his car’, which ’caused him to lose consciousness and he was unable to take action

Samuel Cox had been driving his Ford Ranger along the A30 near Waterlooville, Hants, when he saw the silver Golf ‘swerving’ and felt a bump on the rear of his ‘pick up type truck’.

In a police statement read to the court, Mr Cox described seeing Cmdre Williams driving with his arms ‘bolt out in front of him’ and his eyes ‘staring out in front’.

The court heard Brian Eagle, a labourer working for Lift and Shift, had pulled his DAF lorry over onto the hard shoulder make sure the tarpaulin was secure.

Mr Eagle said in a statement: ‘The silver Golf appeared to be swerving.

‘It was in the outside lane, then on the hard shoulder before then colliding with the vehicle that I was in.’

His vehicle was then pushed forward ‘quite a way’ along the hard shoulder, the court heard.

He offered his condolences to the family and said: ‘As a person, it is quite evident he was a very much loved husband, father and brother.’

Peter McEwan, the former Nautilus deputy general secretary, wrote an obituary online which read: ‘He will be remembered with great gratitude by all the many seafarers he helped.’