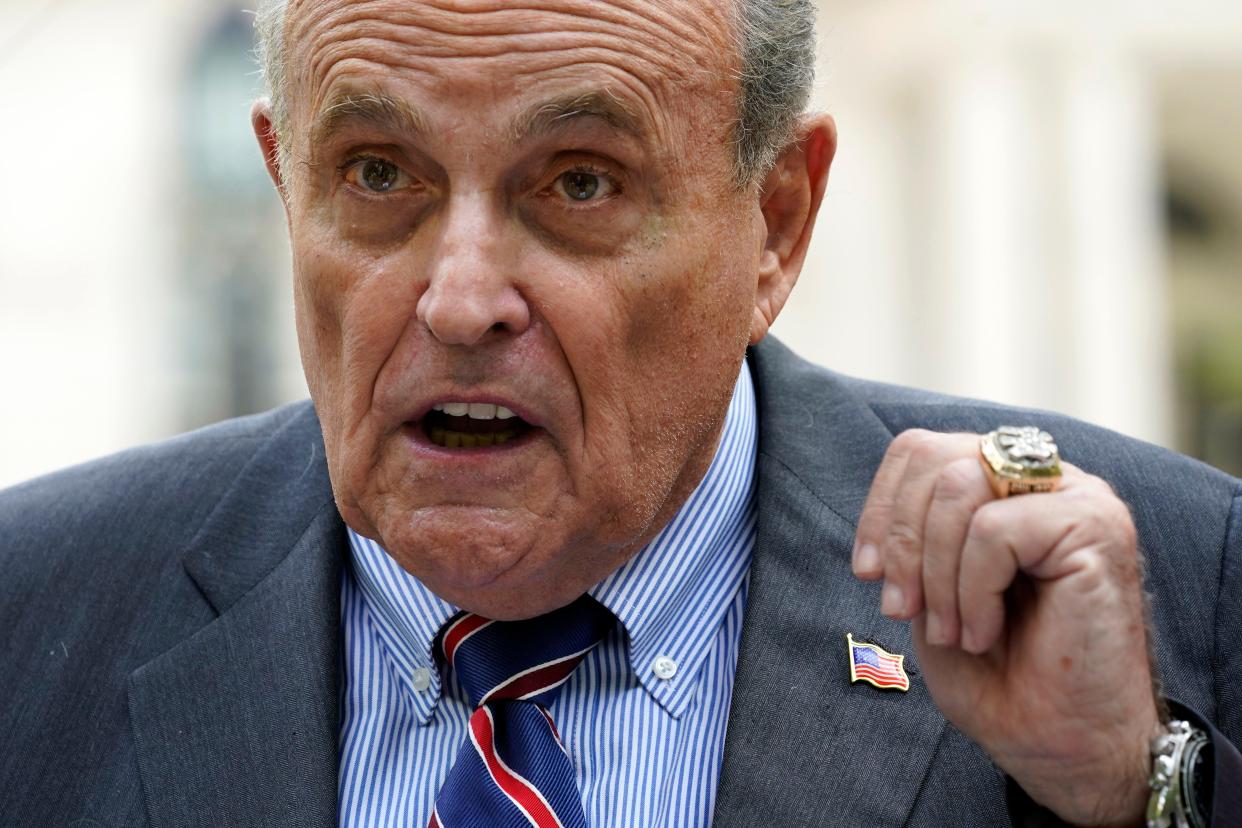 The former New York mayor, who is scheduled to testify before a special grand jury in Atlanta later this week, had made wide-ranging claims that voting systems altered Georgia ballots, while ignoring a hand-count audit that confirmed President Joe Biden’s victory in the state.

Giuliani also asserted that about 65,000 underage voters, more than 2,500 felons and 800 dead people voted in the state. All of those claims have been debunked by the Georgia secretary of state, which found no underage voters, only 74 potential felony voters and only two votes that may have been improperly cast in the name of dead voters.

According to court documents seeking Giuliani’s grand jury appearance, Fulton County authorities are highlighting the Trump lawyer’s Dec. 3, 2020, appearance before the Georgia State Senate in which he offered a video recording of election workers at State Farm Arena in Atlanta, purporting to show “suitcases” of unlawful ballots from unknown sources, outside the view of election poll watchers.

Within 24 hours of the state Senate hearing, the video had been discredited by the secretary of state’s office, concluding “no voter fraud of any kind had taken place.”

Fulton County prosecutors did not immediately respond to requests for comment.

Attorneys for Giuliani, initially characterized as a “material witness” in the investigation, said they had not been informed that their client’s status had changed when they sought to delay his appearance last week because of health reasons.

Giuliani’s lawyers said doctors had not cleared him for air travel following a a recent heart procedure. And a local judge re-set Giuliani’s appearance for Wednesday.

“We plan on being there,” Costello said Monday.

The prosecutors’ action, first reported earlier Monday by the New York Times, marks a dramatic escalation in the Georgia inquiry, which was set in motion by Trump’s 2021 telephone call to Georgia Secretary of State Brad Raffensperger seeking additional votes to overturn Biden’s victory in Georgia.

Giuliani now joins more than a dozen other figures in the Georgia inquiry to be designated as targets.

Willis had previously informed 16 others allegedly involved in the state scheme to install fake slates of electors to overturn the 2020 election.

An attorney for 11 of the electors called the district attorney’s action a publicity stunt.

“This public mis-branding of the nominee electors is an improper abuse of the investigatory process,” attorney Holly Pierson argued in court documents.

Giuliani also is one of several high-profile Trump associates to be swept into the Georgia investigation.

Earlier Monday, a federal judge rejected Sen. Lindsey Graham’s effort to nullify a grand jury subpoena for his testimony in the case.