The multi-purpose patrol vessel designed to perform combat missions and is one of Russia’s newest warships. 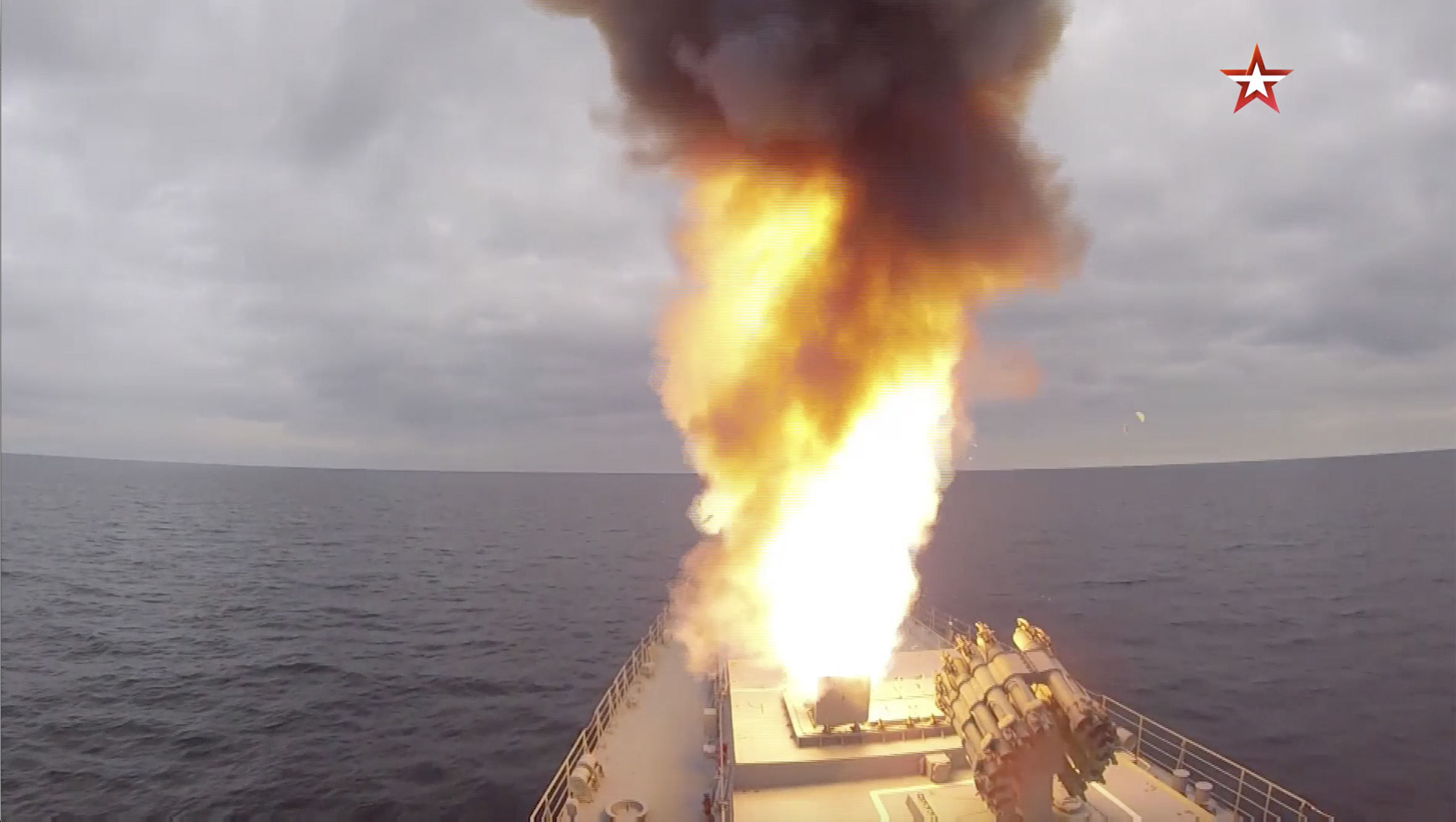 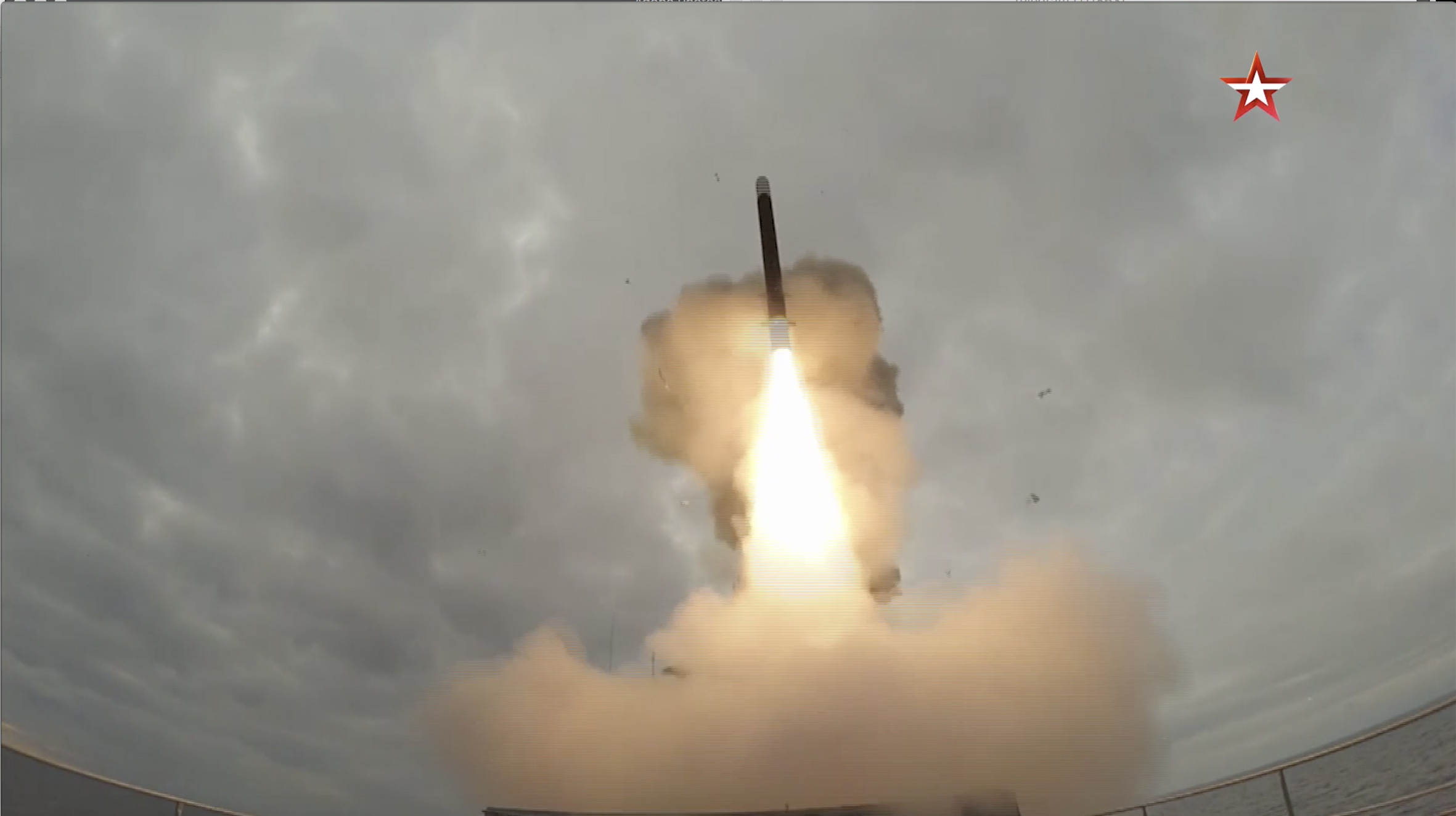 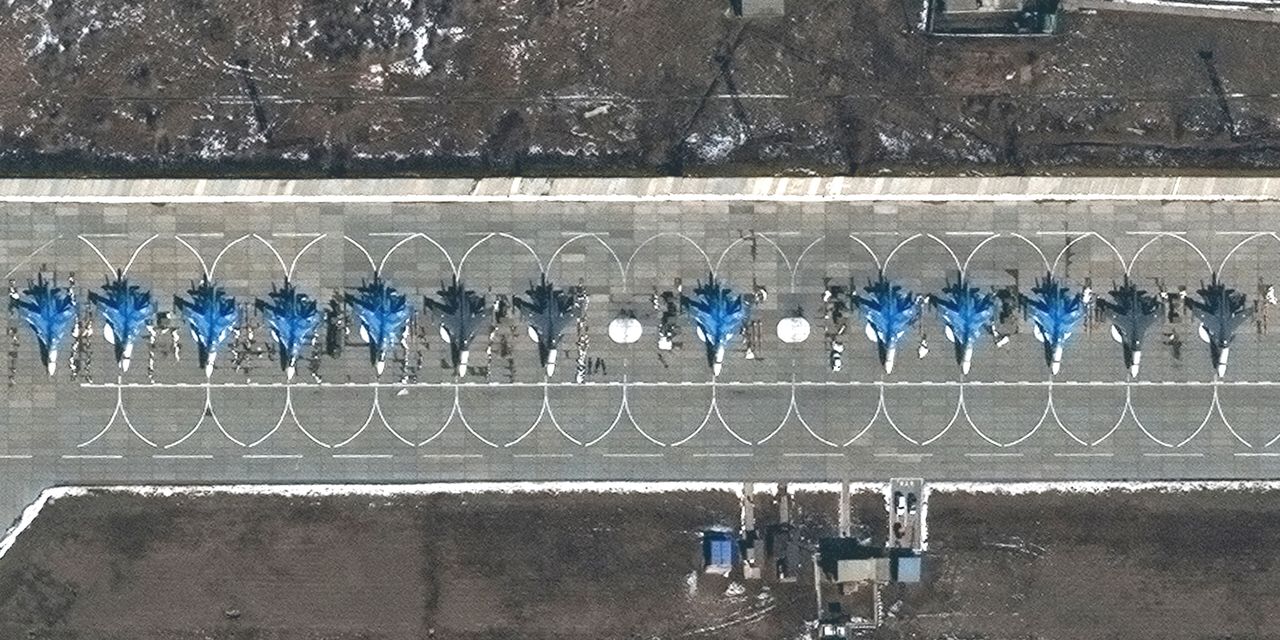 It comes as a new satellite images show Russia's expanding military line-up near Ukraine, with Su-30 fighters lined up on a runway which were not there last month.

Russia has an estimated 150,000 troops within striking distance of the Ukrainian border, with numbers rising by the hour.

Some 50 warplanes were involved in the major exercises, which Russia portrayed as routine training.

In addition "three squadrons of the Southern Military District’s attack aircraft held drills to attain positions for an attack”.

They practised using missiles against an enemy and dodging strikes from shipborne air defence systems." 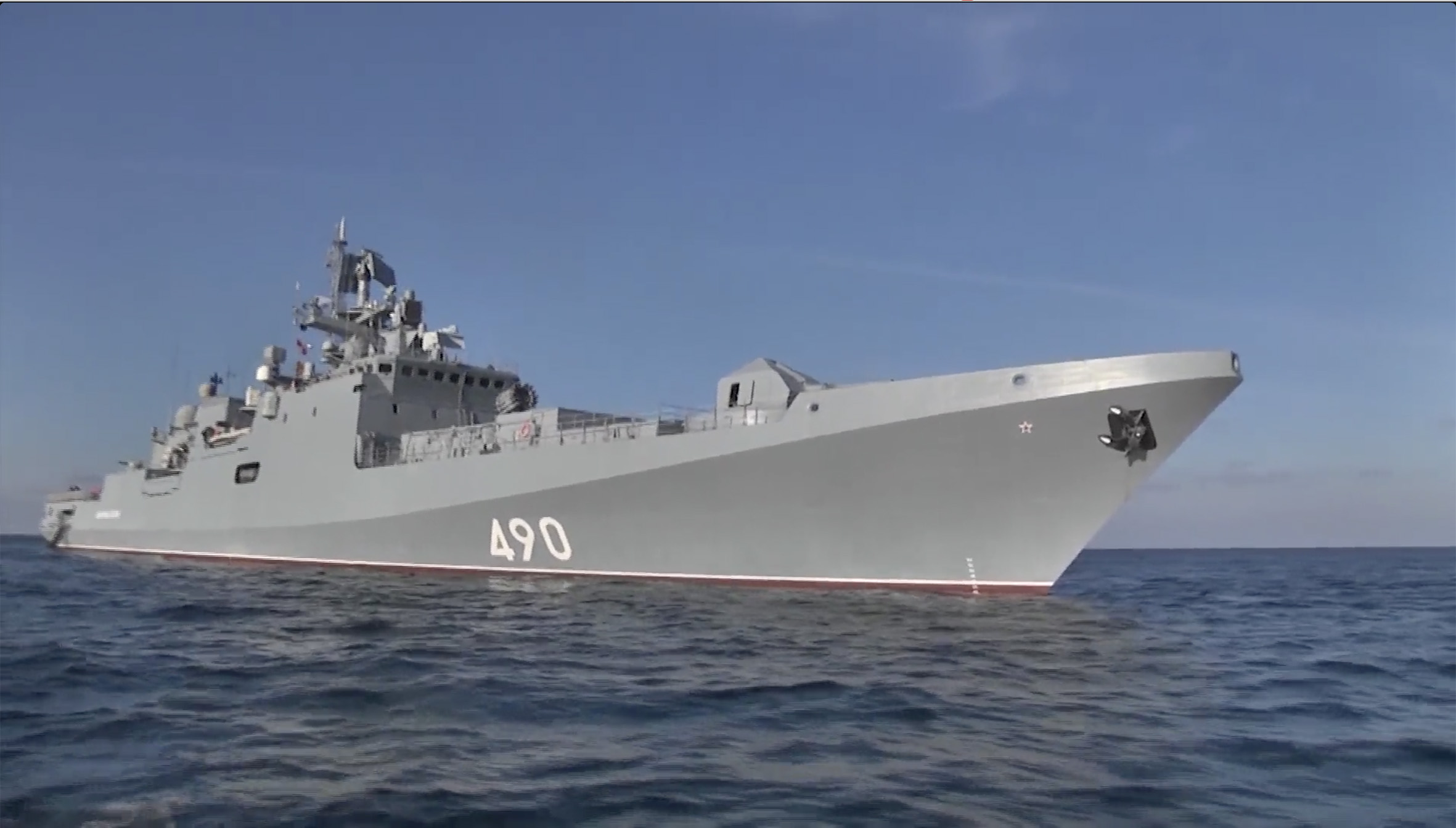 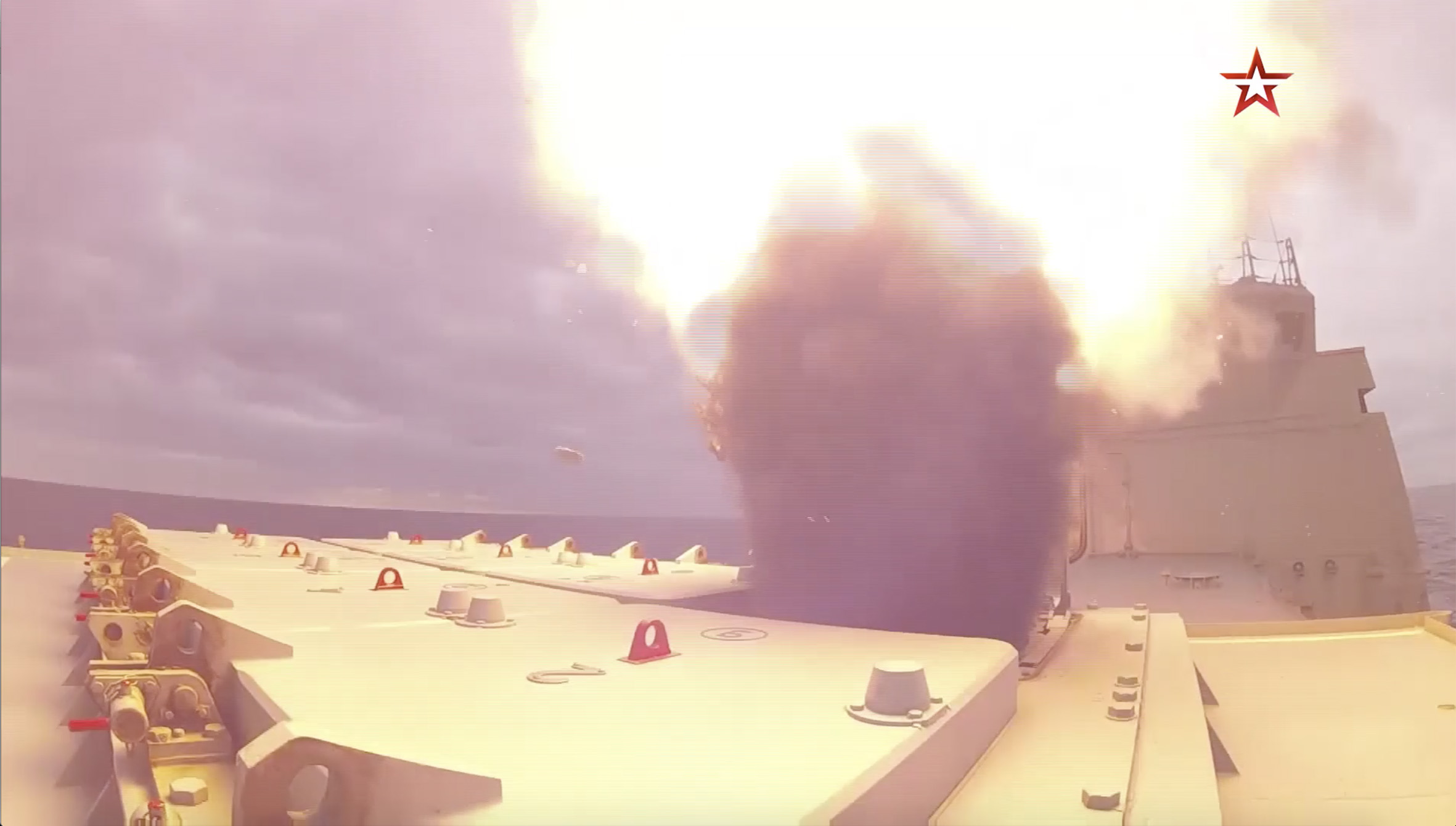 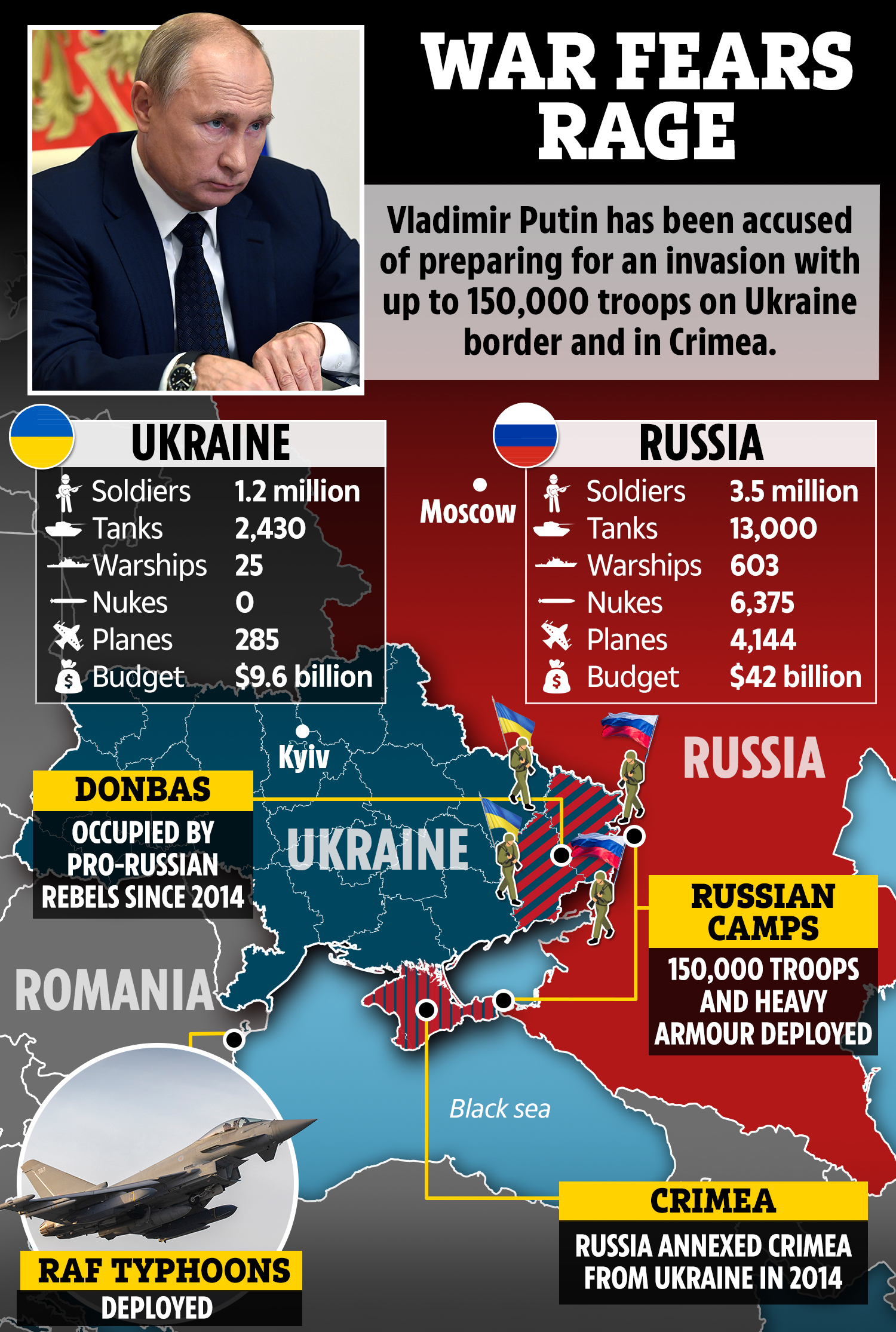 Some 50 aircraft of the Southern Military District redeployed to Crimea as part of the combat drills.

It comes as satellite images show Russia has moved warplanes to Crimea and bases near Ukraine, with Su-30 fighters lined up on a runway at an air base in Crimea.

Chilling satellite images showed thousands of Russian soldiers and armoured vehicles poised to invade from a base in annexed Crimea.

The images revealed a giant Russian military base in Marfivka, in Crimea.

The camp is located just 174 miles from Ukrainian territories and houses portions of Russia’s 58th army.

There are more than a thousand military vehicles on the site as well as accommodation for soldiers in rows in fenced-off areas.

Before and after pictures show the site was empty on March 15.

Pictures from the ground revealed by CIT also show rows of tents and a large number of military vehicles in the Russia's southwestern region of Voronezh, which borders Ukraine. 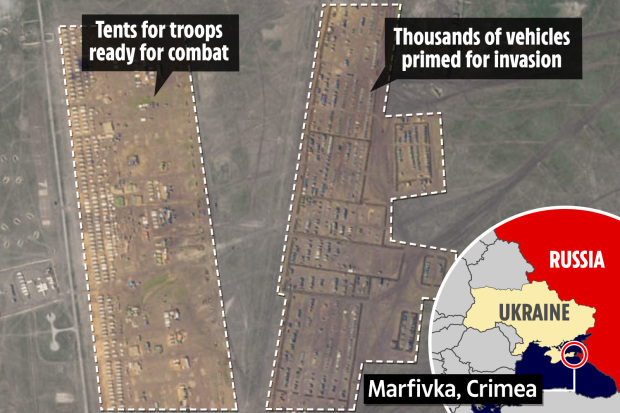 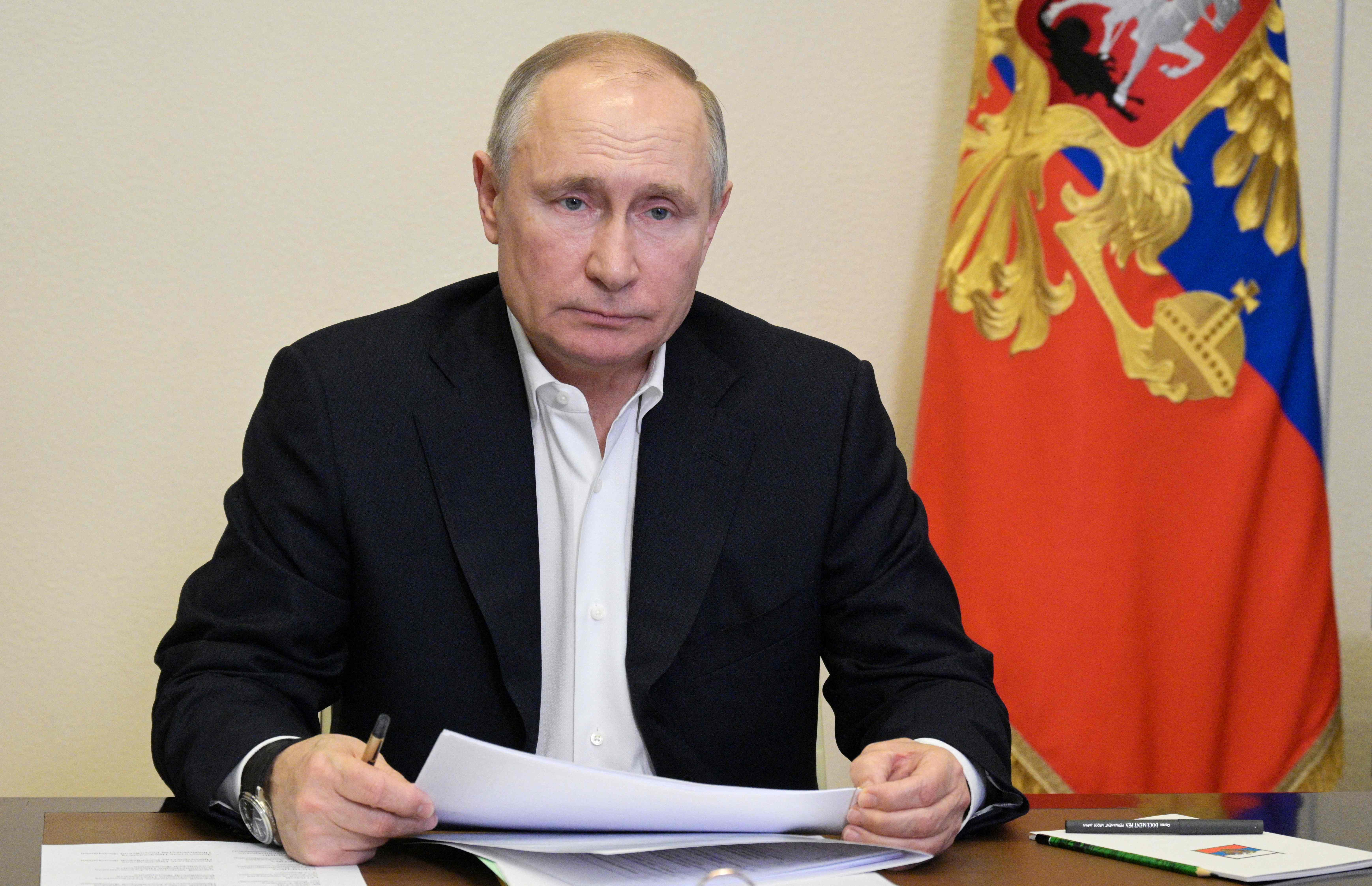 "Ukraine's military and political leadership sticks to its destructive policy, trying to destabilize the situation in Donbas,” he said.

“The US and NATO continue engaging in provocative activities in the airspace and the waters of the Black Sea.”

Amid deep strains between Moscow and the West, he said the military and political situation "in the south-western strategic direction remains tense, largely in light of foreign attempts to increase military presence at Russia's southern and western borders.”

Meanwhile, Russia has introduced temporary restrictions on flights over part of Crimea and the Black Sea from today until Saturday (April 24).

Russia introduced from April 20 to 24, temporary restrictions on flights over part of the Crimea and the Black Sea.

"The area has been declared temporarily dangerous for aircraft flights," a notice to international pilots reads.

Ukraine military insiders believe that the "most likely" attack will be a maritime and land assault in the south from Russian-occupied Crimea.

“We estimate one of the Russian scenarios could be an amphibious and air assault from occupied Crimea to seize water supply facilities in south Ukraine to provide water to Crimea.”

There has been a water crisis in Crimea since Russia illegally occupied the peninsula in 2014. 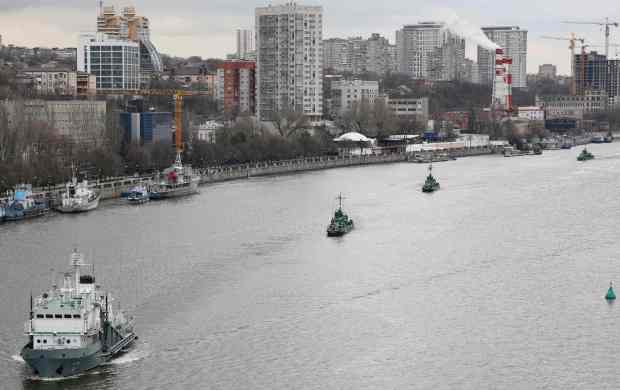 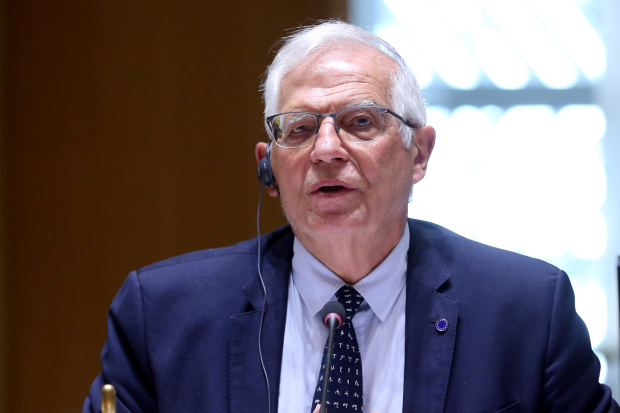 For the last several months, cities in the Russian-occupied Crimea have been rationing their water, reports have said.

For most of the region, locals are can only get water for six hours a day – three hours in the morning and three in the evening.

The crisis dates back to 2014 when Ukrainian authorities blocked the North Crimean Canal which had been supplying over 85 per cent of the region's water.

He said after a meeting of foreign ministers: "It is the highest military deployment of the Russian army on the Ukrainian borders ever.

"It's clear that its a matter of concern when you deploy a lot of troops. Well, a spark can jump here or there.

"It is more than 150,000 Russian troops massing on the Ukrainian borders and in Crimea.

"The risk of further escalation is evident."

He declined to say where he got the 150,000 figure, which is higher than the 110,000 estimated by Ukraine's Defense Minister Andriy Taran last week.

But Mr Borrell said no new economic sanctions or expulsions of Russian diplomats were planned for the time being. 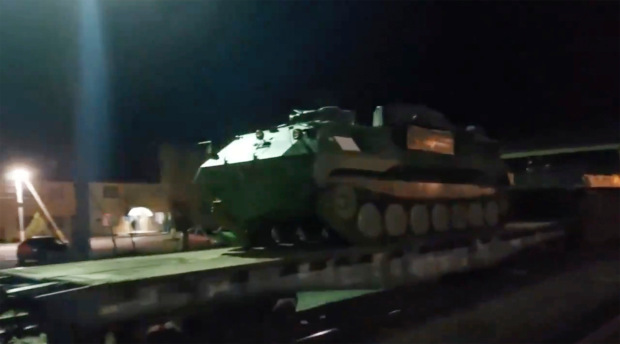 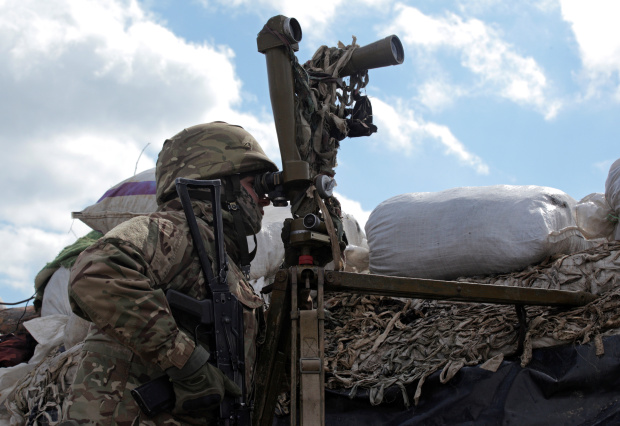 As the build-up continues, Russian state TV has claimed that the takeover of Ukraine's border region was "inevitable".

According to Ruslan Leviev, an open source analyst with Conflict Intelligence Team (CIT), the build-up is “the greatest concentration of Russian armed forces since 2014 and 2015”.

Putin annexed Crimea from Ukraine in 2014.

Since then more than 14,000 people have died in seven years of civil war between Ukrainian forces and Russia-backed separatists in the disputed Donbass region.

A ceasefire has fallen apart in recent months with increasing outbursts of violence that threaten to erupt into a full-scale war.

Amid escalating tensions, British warships will also reportedly set sail for the region in May.

The UK’s deployment is to show solidarity between the Nato allies and Ukraine, the Sunday Times reported.

US President Joe Biden has offered his "unwavering support" to his counterpart in Kiev.

Russia has also been flexing its military muscle ahead of a planned anniversary parade on May 9 to commemorate its victory over Nazi Germany in the Second World War.