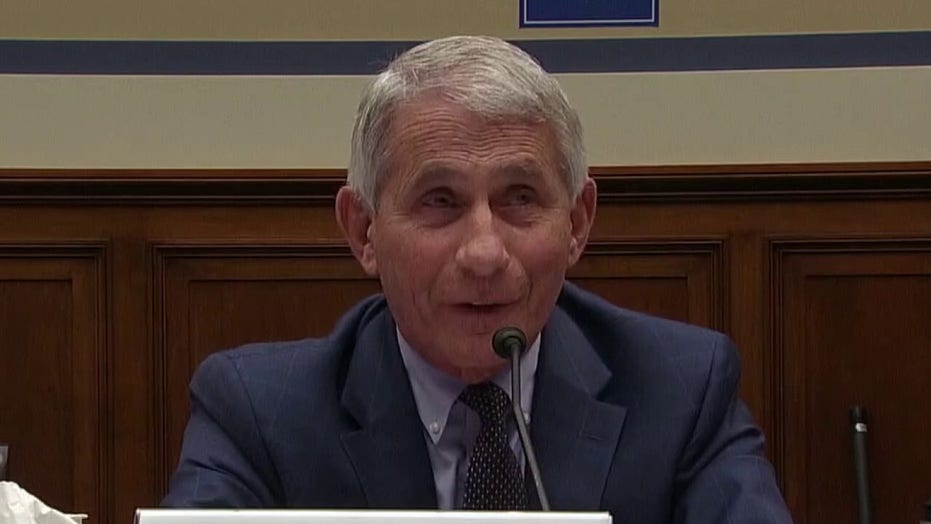 Dr. Anthony Fauci said at the House coronavirus committee hearing he ‘hopes to have a safe and effective vaccine’ in the upcoming months; Mike Emanuel reports.

Russian health officials say a potential coronavirus vaccine has finished clinical trials in a Moscow lab and there could be mass vaccinations by October. 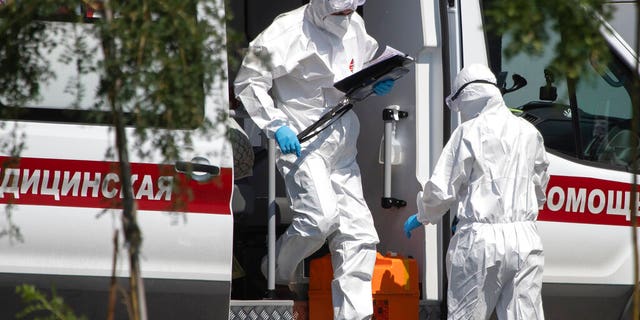 Medical workers wearing protective gear get out from an ambulance as they transport a patient suspected of having coronavirus, at a hospital in Kommunarka, outside Moscow, Russia, Tuesday, July 28, 2020. (AP Photo/Pavel Golovkin)

Murashko said that upon approval, the vaccine would be available first to health care workers, then teachers.

But the fast pace of production of the adenovirus-based vaccine– coming just five months after COVID-19 became widespread in Russia– has given pause to Western experts, who question the adequacy of testing for the drug.

The vaccine is essentially a common cold virus fused with the spike protein of SARS CoV-2 to prompt an immune response.

Dr. Anthony Fauci, the leading infectious disease expert in the U.S., said he hoped that Russia, China and other international competitors racing for a vaccine were "actually testing the vaccine" before administering them to anyone.

Fauci predicts the U.S. will have a "safe and effective" vaccine by the end of this year.

"I do not believe that there will be vaccines so far ahead of us that we will have to depend on other countries to get us vaccines," he told lawmakers during a congressional hearing earlier this week.

Fauci's comments come after reports that hundreds of Russian business and political elite have been receiving shots of the Gamaleya vaccine since April.

At least four potential vaccines are in the final Phase III human trials of development, according to World Health Organization data, including three developed in China and another in Britain.

The new developments on the vaccine come weeks after security officials in the U.S., United Kingdom and Canada said Russian hackers were responsible for a cyberattack aimed at stealing information about other country's potential vaccines.