The KGB drugged suspected British and US spies with poisoned wine after inviting them to sample ‘experimental sherries’, files reveal.

Chemical nerve agent in the drinks caused victims to suffer memory loss before they vomited and passed out.

KGB thugs then burst into their hotel rooms and searched their unconscious bodies for Cold War secrets.

Files at Britain’s National Archives, stumbled upon by accident, recount a Cold War story from 1967 in detail. 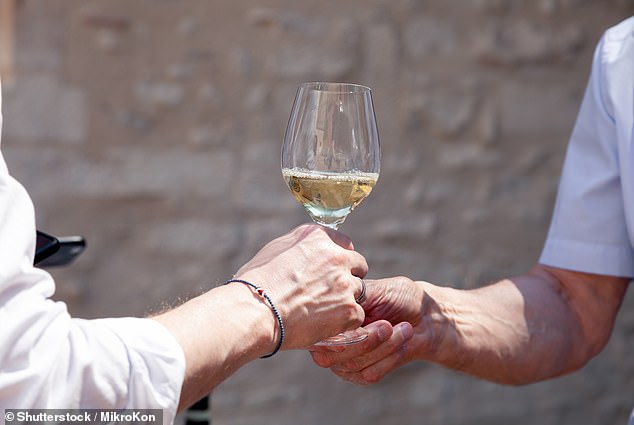 The secret of a wine farm operating in the then Soviet republic of Moldova was uncovered when two victims woke up while being searched. These victims were British military attache Brigadier Tony Harper and his American counterpart, Colonel Bill Spahr.

They had diplomatic status but during their tour of the USSR the Kremlin thought they were gathering intelligence on Soviet troops.

So when the pair checked in to Hotel Kishinev in the capital of Moldova, the KGB was ready.

Like all foreigners at the time, the diplomats had to arrange their itinerary through the state travel agency Intourist.

They suspected nothing when the rep offered to take them to an experimental wine plant at 4pm that day to tour the factory and sample the wine.

The two men were determined to stay sober, the papers say, consuming no more than five sherry-sized glasses. But as they were leaving, they were brought a final wine in a bottle that arrived already open and which no one else drank from.

The wine was ‘dark red in colour, very thick and oily. The texture was heavy and the taste was non-existent’, according to the files.

As they left, the brigadier ‘began to feel a little befuddled’ and they could not remember the drive back to the hotel. They managed to lock themselves inside their room and were ‘violently sick’ before they collapsed by 6.45pm. 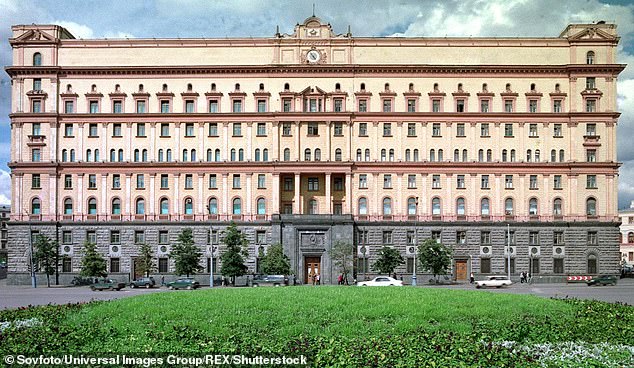 They then returned to Moscow where they were examined by an embassy doctor. Above is the former KGB headquarters in Moscow, Russia

Around 10.30pm ‘five or six men, including a militiaman in uniform, a man dressed in white overalls with a stethoscope and a photographer’ broke in.

The diplomats were held down ‘forcibly’ while the intruders tore open their shirts to get at the body belts in which they carried their notebooks. But the search was so forceful that both men regained consciousness.

They protested that they were diplomats but the thugs refused to believe them. They left around midnight after photographing all their documents and faking a police report claiming the two men had been drunk and rowdy.

The diplomats returned to Moscow where they were examined by an embassy doctor who concluded: ‘This seems to be a case of intoxication with a chemical agent with a sweet, pleasant taste, [mixed into] alcohol or water.’

Dr Juliette Desplat, of the National Archives, said: ‘Serendipity often occurs in the course of archival research. While looking for something entirely unconnected, I stumbled upon a file entitled “Incident at Kishinev involving British Military Attache” and I wasn’t disappointed.’