Sainsbury’s has expanded its Deliveroo home delivery trial to 100 stores across the UK.

Under the scheme, users of the Amazon-backed meals delivery service can get their supermarket shopping dropped off at their homes in as little as 20 minutes.

The food delivery group and the supermarket chain said around 30 per cent of people in Deliveroo zones can now access more than 1,000 products from Sainsbury’s under the firms’ new two-year contract.

The most-popular items ordered by customers as part of the trial so far are fair trade bananas, followed by semi-skimmed milk, the firms revealed. 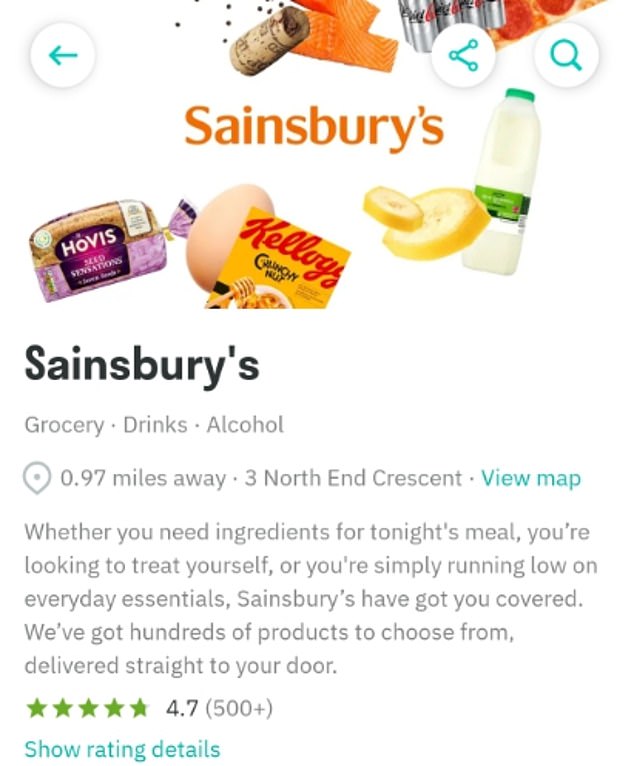 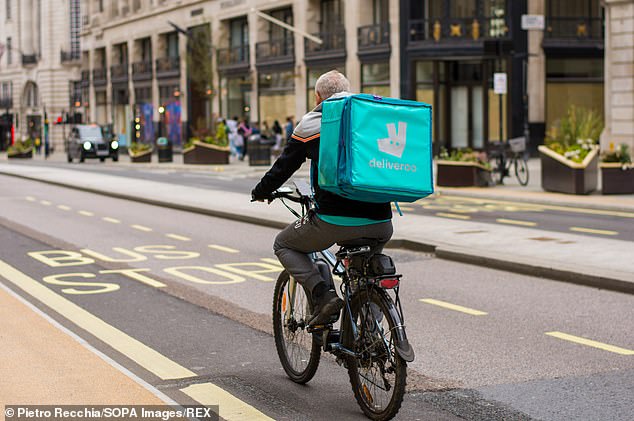 Under the scheme, users of Amazon-backed meals delivery service Deliveroo (pictured) can get their supermarket shopping dropped off at their homes in as little as 20 minutes

The action by the Independent Workers of Great Britain union could not come as a worse time as stock plummeted after they went on sale last week.

Deliveroo’s shares originally estimated the company to be worth up to £8.8billion.

But when selling started they plummeted to more than £3billion shy of that sum.

Retail investors – including thousands of loyal customers – had bought in at £3.90 a share, but today the stock market opened with them worth just £2.80.

Placards made in Deliveroo’s colours that list a set of ‘demands’ were seen being held by workers at the London strike.

It understood the riders want: To combat sexual harassment and discrimination at work; to introduce transparent human rider support; to introduce active bystander training; to allow riders to refuse on safe work without penalty.

Vice-chair of the courier’s branch Wave Roberts, 24, said of their demands: ‘They are very simple: pay, rights and safety. 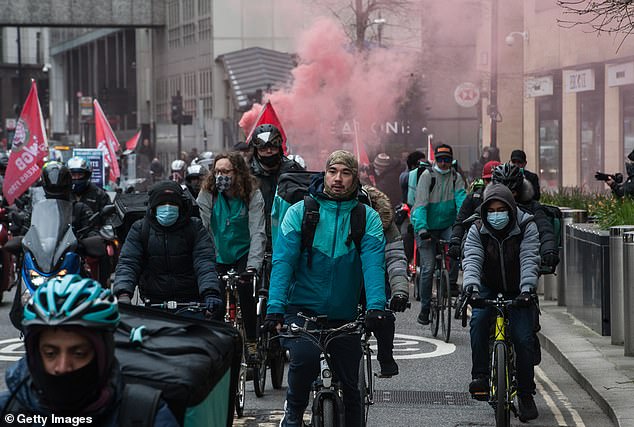 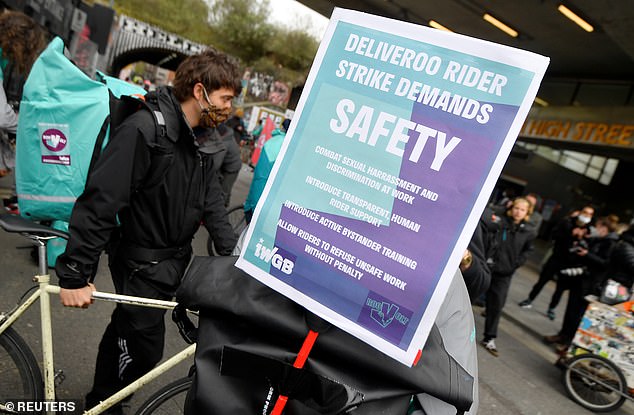 Placards made in Deliveroo’s colours that list a set of ‘demands’ were seen being held by workers at the London strike. They range from a ban on discrimination at work to protections for refusing to carry out work

‘Essentially riders want more security around their pay, at least minimum wage pay guarantee and the fees to increase dramatically. They want rights, they want an end to end fair terminations, they want to know they will be fairly treated.

‘In some of our dense areas I am certain there will be a dense impact.

‘We have members in the hundreds but I am not allowed to divulge exact numbers.

‘Customers like to buy into an ethical story. If they know people behind the product, behind the service are treated well and looked after that’s a way to buy in on its own,’ he added to Radio 4. 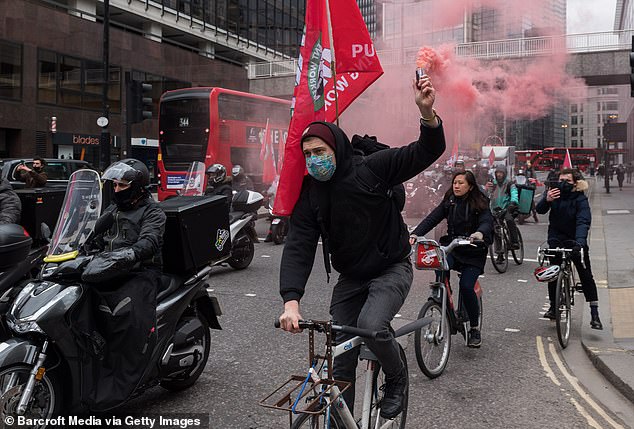 Founder Will Shu, 41, who was the company’s first rider and still does regular delivery shifts on his bike, was expected to make £500million from the biggest float for a decade.

It had been trumpeted as London’s biggest listing for a decade, raising around £1billion to fund the company’s expansion efforts.

And Rishi Sunak, the Chancellor, had even hailed Deliveroo’s decision to go public in London as a ‘true British tech success story’.