Schools in Northern Ireland will reopen TODAY for first time since March with no singing, no indoor PE and no parents allowed past gates

Schools will reopen in Northern Ireland today for the first time since the coronavirus lockdown in March with new policies such as no singing and no indoor PE lessons.

Strict social distancing may be relaxed if there are hygiene measures in place, but some schools in the country will not allow parents past the school gates.

One grammar school in Belfast has made face masks compulsory for pupils and staff while a primary in the city is operating its seven classes as isolated ‘social bubbles’.

It comes as Boris Johnson pleaded with parents to send their children back to the classroom as he takes charge of the drive to get all UK schools open next week.

Northern Ireland chief medic Dr Michael McBride insisted it is safe to return to schools, but unions said teachers had not had enough time to respond to new rules. 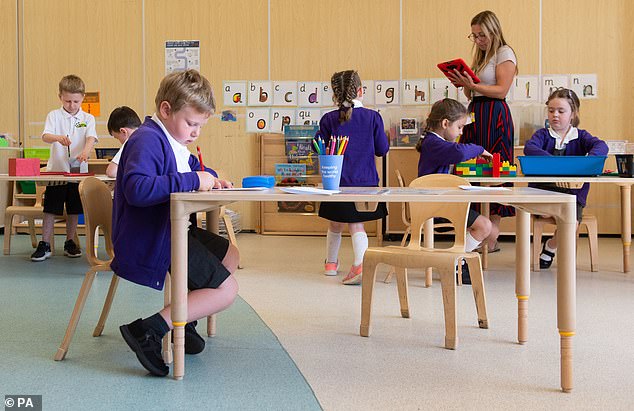 At Forth River Primary School in Shankill, Belfast, headmistress Judith Stevenson said it did not have enough space to socially distance all of her 212 pupils.

She told the Guardian that none of the classes will interact with each other and pupils will not use the school hall to eat or have any PE lessons there.

Explaining her ban on singing in lessons, she added: ‘Singing was always part of our lessons and was a way to help children get to grips with numbers and words.

‘But we can’t sing with them because it produces more droplets in the air and so there can’t be singing in class.’

Also in the city, the Belfast Royal Academy grammar school contacted parents by email to advise that it is making it mandatory for pupils and staff to wear face coverings when they return to school.

Stormont’s Department of Education said face coverings are not mandatory for routine use by pupils.

‘Very, very few, if any, children will come to harm as a result of attending school, but there is evidence of the long-term harm to children’s education, life opportunities, mental health and wellbeing from not attending school.

‘There is clear unequivocal evidence that children are less likely to catch Covid-19, where they do most of them will have mild to moderate symptoms and in most cases they will make a very full recovery.

‘There is a very, very low – indeed an incredibly low incidence – of serious disease within children and they are also less likely to transmit the virus.’ 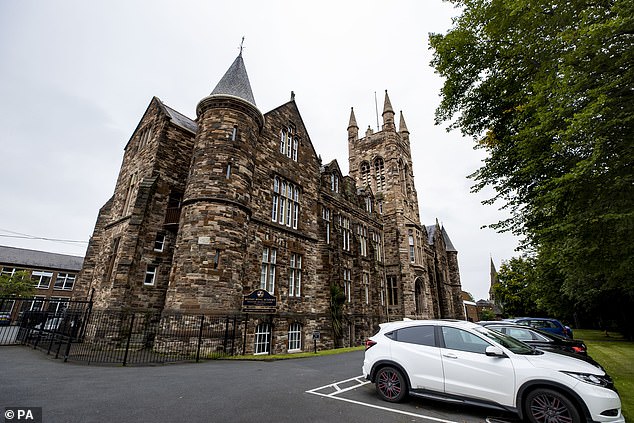 Belfast Royal Academy in Northern Ireland is pictured on August 11. The school told parents it is making it mandatory for pupils and staff to wear face coverings when they return to school

Schools in Northern Ireland – as well as in England, Wales and Scotland – closed in March to help contain the spread of coronavirus.

Pupils in Primary 7, Year 12, Year 14 – whose preparation for exams was disrupted by the lockdown – and all vulnerable children are due to return to classes on August 24.

All other pupils will begin the new school year on the week beginning August 31 after months of variable levels of home schooling.

Official guidance recommends the formation of protective bubbles for primary school children and pupils in years 8-10 in post-primary schools.

The department said interactions between different year groups of older pupils should be limited. 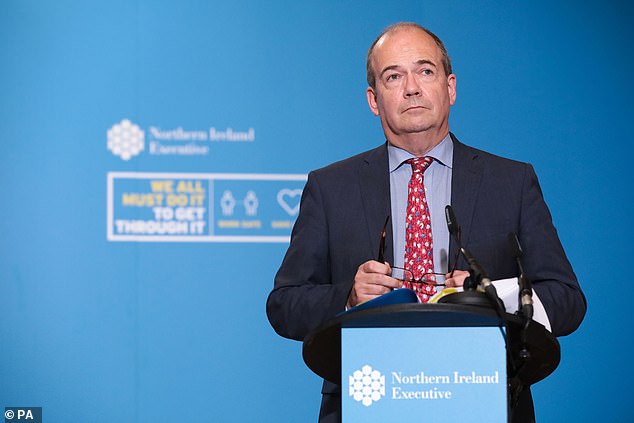 Parents, pupils and their teachers face the added strain of uncertainty over the future, Mr Weir has acknowledged.

A total of £42million has been spent on re-starting schools safely.

A package of measures for the first term covers the cost of substitute teachers and other school expenditure, personal protective equipment, school well-being, transport and special educational needs.

Mr Weir said: ‘I fully recognise the stresses felt by teachers, parents and pupils due to the ongoing disruption and uncertainty regarding the future.

‘My key priority has always been to ensure all of our children and young people return to school on a full-time basis, as soon as it is safe to do so.’

Meanwhile Boris Johnson has pleaded with parents to send their children back to the classroom as he takes charge of the drive to get all UK schools open next week. 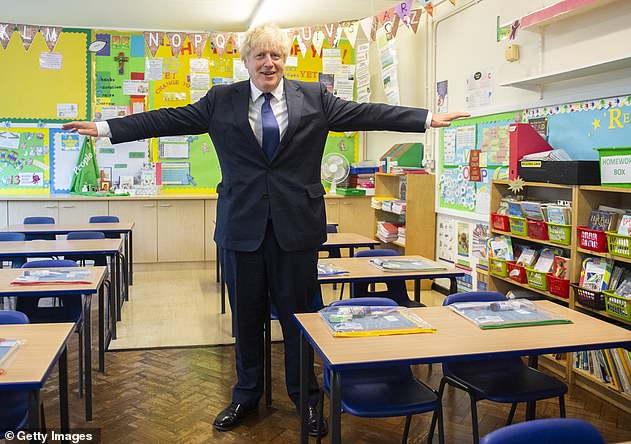 The Prime Minister warned last night that pupils risk permanent damage to their future life chances if they continue to stay away.

Mr Johnson, who this morning will return to No10 following his summer break, is in a race against the clock to get schools across Britain ready and persuade parents they are safe in time for the start of the new term.

The Government faces a big test to deliver on its promise to get all children full-time back following its shambolic handling of A-level and GCSE results.

Many pupils in England have not been to class since March, when schools were closed except to vulnerable children and those of keyworkers.

Efforts to reopen classrooms were given a major boost last night as it emerged that there was an outbreak of coronavirus at only one in 10,000 schools when some reopened for select year groups in June, according to research by Public Health England.

Mr Johnson declared that there was a ‘moral duty to reopen schools to all pupils safely’ as he insisted that the return was guided by the Government’s scientific and medical experts.