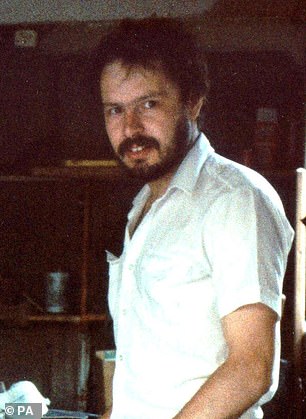 Scotland Yard will launch its sixth forensic review in a bid to crack the unsolved 1987 axe murder of Daniel Morgan after an inquiry branded the Metropolitan as ‘institutionally corrupt’ earlier this month.

A specialist team will re-examine some of the evidence in the case of the private eye’s death in the hope of finally catching those responsible for the father-of-two’s murder in the car park of a London pub on March 10, 1987.

The review of the case will use the latest technology and DNA developments, similar to that used that helped bring the killers of Stephen Lawrence to justice in 2012.

In the case of Lawrence, who was stabbed to death by a racist gang, two men were found guilty of the 1993 murder almost 20 years after the attack.

The decision to launch a forensic review comes after a £16million inquiry into the murder of the private investigator accused the Met of decades of cover-up, incompetence and corruption – that continues to this day.

An independent panel spent eight years producing the report, which suggested that the force was more interested in protecting its own reputation that solving the brutal murder of Morgan, who was killed with an axe.

The murder has been dubbed the ‘most investigated unsolved murder in the history of the Metropolitan Police’.

In response to the report Sir Stephen House, the deputy commissioner, rejected the accusations and said that the Met had not given up hope in solving the crime.

‘There is still a possibility of solving this murder however remote that may seem. Our work to achieve that will not stop no matter how much time passes,’ he told the London Assembly Police and Crime Committee on Wednesday.

He noted that criminal allegiances change over time and that it is not uncommon for people to confess to crimes that happened decades earlier.

‘It is never too late to do the right thing,’ he said. 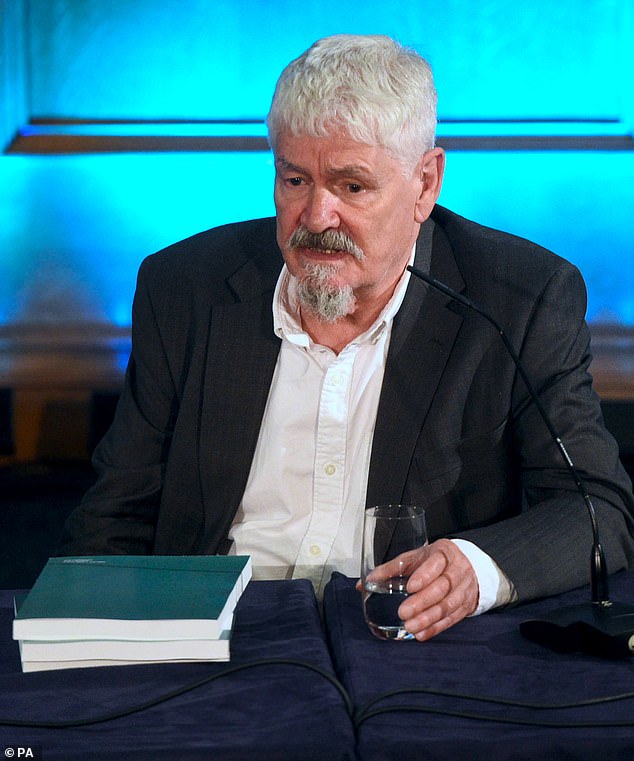 Alastair Morgan, the brother of murdered private investigator Daniel Morgan, speaking to the media following the publication of the Daniel Morgan Independent Panel report, June 15. Alastair, who has campaigned for justice for his brother for decades, said on Tuesday that he has still not received a written apology from Dame Cressida Dick

He continued: ‘We have also commissioned a new forensic review to look at a series of exhibits linked to this case. This is a process we conduct in all unsolved homicides periodically and is something we have considered in this case for sometime.

‘We feel the conclusion of the panel report now marks the right time for this process to take place,’ he said.

Sir Stephen also pointed to other cases in which DNA and forensic technology led to new evidence, saying this has the potential to help in the case of Morgan. 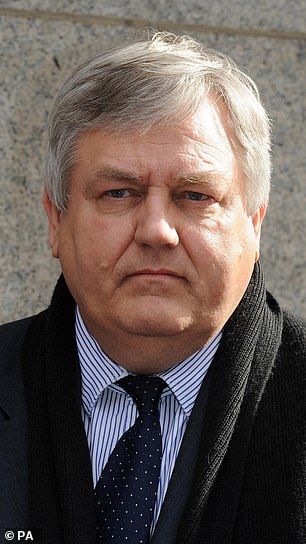 Mr Morgan’s business partner at Southern Investigations Jonathan Rees (pictured) was twice charged with his murder. No trial ever took place due to difficulties with evidence

Deputy Assistant Commissioner Barbara Grey has been appointed to lead the Met’s response to the report.

The report recommended that the Met ask a handwriting expert to examine a diary found in Mr Morgan’s desk to ensure that written entries were made by him.

It also said that the force should take DNA from relatives of a late police officer identified only as Z31, to compare with samples found on the handle of the axe used to murder Mr Morgan.

In the wake of the report both Commissioner Dame Cressida Dick and Assistant Commissioner Nick Ephgrave rejected the stinging accusation, and were joined in doing so by Sir Stephen on Wednesday.

‘The National Police Chiefs’ Council defines corruption as the improper exercise of power or privilege for the purpose of achieving a personal benefit or a benefit or detriment for another person,’ he also told the Assembly.

‘The Metropolitan Police Service does not accept that we are institutionally corrupt in this way.

‘We don’t accept that we don’t have the necessary framework to identify and bring to book those who abuse the privilege of wearing a police uniform.

‘And we don’t accept that corruption followed this case throughout the decades that we’ve been trying to find the offenders.’

However, he admitted that ‘occasionally we may be overly defensive’ and said the force could do more to explain what it does and why. 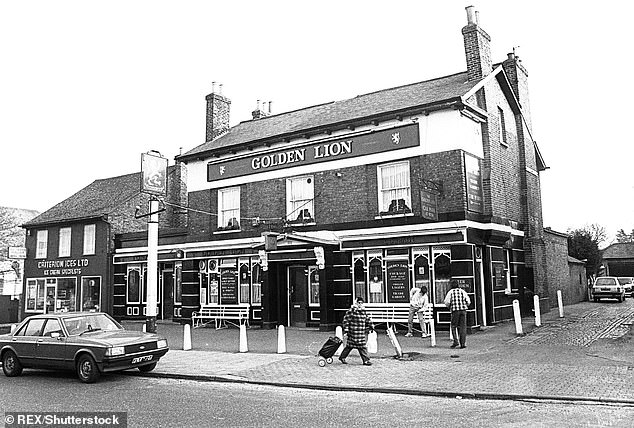 Mr Morgan was killed with an axe outside the Golden Lion pub in Sydenham, south London 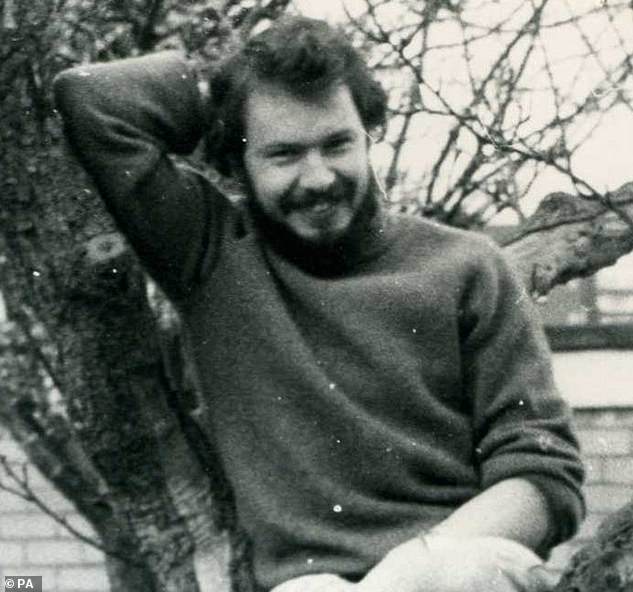 Despite a string of police investigations and an inquest no-one has been brought to justice for his murder or for alleged corruption.

Sir Stephen said: ‘We accept and we deeply regret that corruption played a major part in the failure of the first investigation into Daniel Morgan’s murder.

‘It’s quite clear that the acts of individual police officers undermined the investigation. As a senior police officer of 37 years’ service I deeply, deeply regret that.

‘It’s a source of anger and sadness for all right-thinking police officers.’

Mr Morgan’s brother, Alastair, who has campaigned for justice for his brother for decades, said on Tuesday that he has still not received a written apology from Dame Cressida.

Sir Stephen told the committee: ‘It’s quite clear that our failings compounded the pain suffered by Daniel Morgan’s family. For this we profoundly apologise. 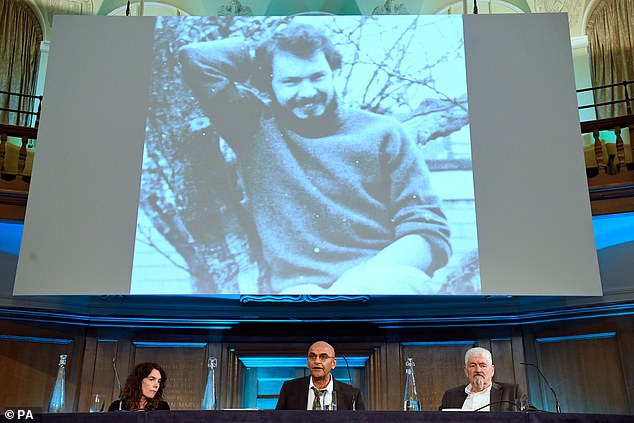 Alastair Morgan (right), the brother of murdered private investigator Daniel Morgan, with his family solicitor Raju Bhatt (centre) speaking to the media following the publication of the report

‘As the Commissioner has said, we recognised that the family has shown incredible grit, determination and courage over the years since the terrible murder.

‘I hope the report provides the family with some of the answers to questions that have arisen over the past 34 years.

‘I know from speaking to her yesterday that the Commissioner will shortly be writing directly to the Morgan family to set out the next steps that we as an organisation will be taking.’

No one has been brought to justice for the brutal killing of Mr Morgan in a south London pub car park in 1987. The 37-year-old was found with an axe lodged in his skull and £1,000 in banknotes in a pocket.

After five separate criminal inquiries and an inquest, at an estimated cost of £30million, it was hoped that the eight-year public inquiry would finally uncover the truth.

Mr Morgan’s business partner at Southern Investigations Jonathan Rees was twice charged with his murder. No trial ever took place due to difficulties with evidence.

On the night of the murder, Rees met Mr Morgan in the Golden Lion pub – where his body would later be discovered. Rees claimed he left before Mr Morgan was killed.

Police who visited Rees’s home to question him a few hours later described him as ‘extremely nervous’, while his wife’s behaviour was said to be ‘odd’.

Rees was later found guilty of conspiring to plant cocaine on an innocent woman in order to discredit her child custody battle, and was also found to be involved in the 2011 News of the World scandal. 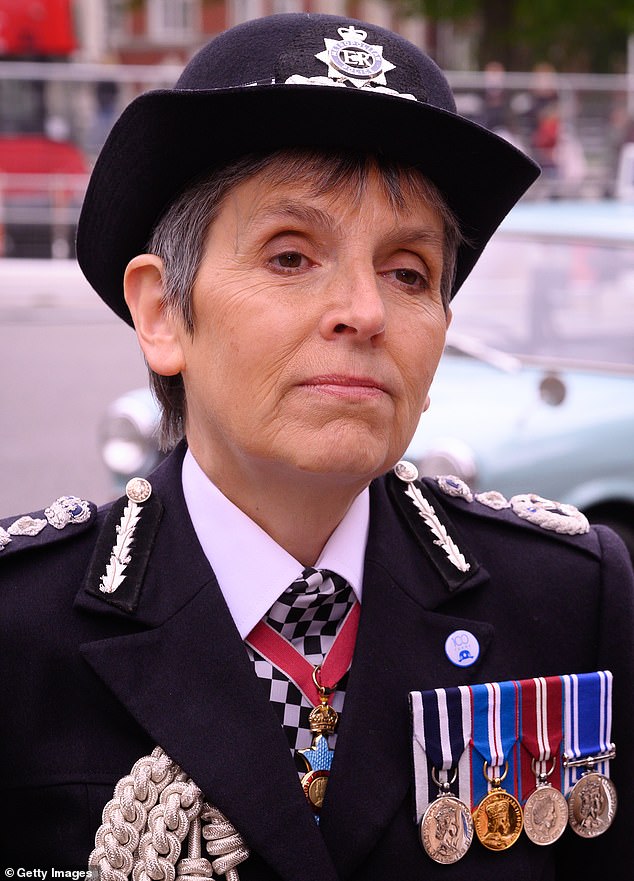