SENSELESS yobs were filmed shoving a schoolboy off his bike from a moving car on a country lane.

The 15-year-old and his friend were left "shaken up" by Tuesday's shocking incident in Rivington, near Bolton, which left one of their mums convinced they could have been killed. 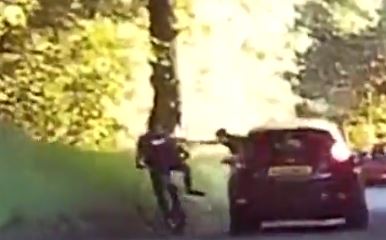 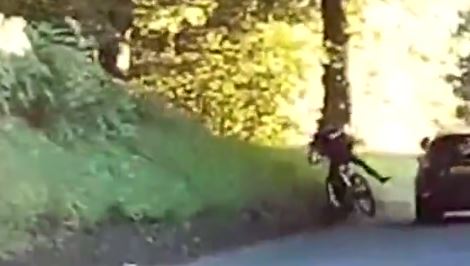 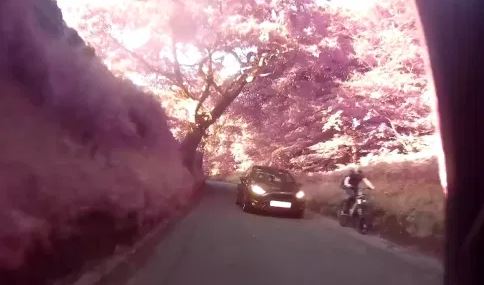 The pals were cycling along Sheep House Lane at around 8pm when a speeding car approached from behind.

A man then leant out the passenger window and shoved one boy off his bike before pushing over the other.

Injuries included a grazed elbows, grazed shins and a sprained ankle, and an off-duty doctor cared for them while waiting for one of their mum's to arrive.

The mum, 50, who asked not to be named, told Manchester Evening News: “I feel very sad the way society is going. I feel shocked, disgusted, all the emotions went through my head last night.

“It’s horrible to think that you go for a nice day out and they were so happy.

She added that the "nice, quiet lads" had a nice day out and were nearly home when the attack happened.

She said she hopes justice prevails as the attackers "could have killed them."

Lancashire Police are investigating. No arrests have been made.

A spokesman said: “We had a third-party report at about 9pm last night from a witness who had seen a vehicle drive up to two cyclists and push them off their bikes before driving off. There are no arrests at this time” 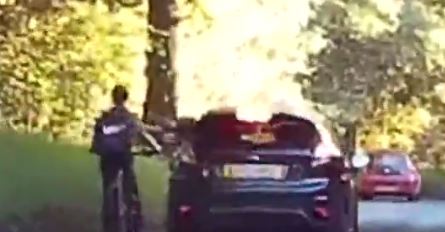