THIS is the shocking moment a thug pointed a crossbow at terrified passers-by before being surrounded by cops.

The man can be seen wielding the weapon in the middle of Barnsley town centre in South Yorkshire. 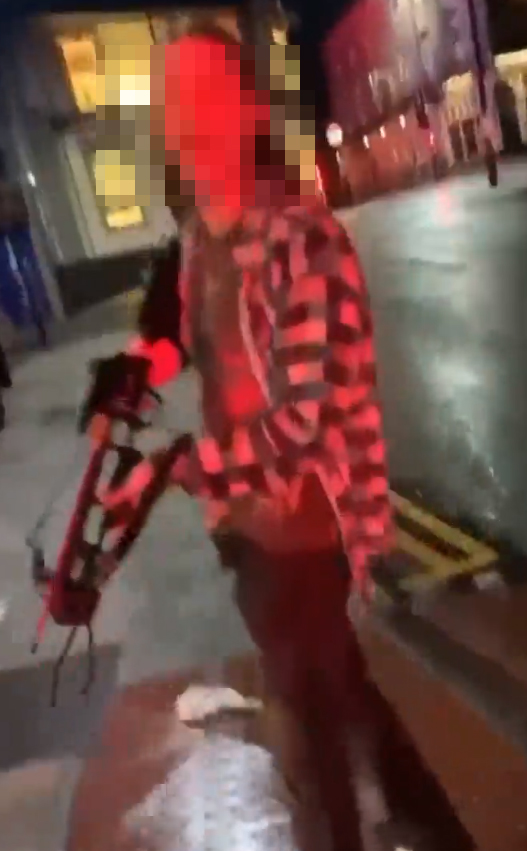 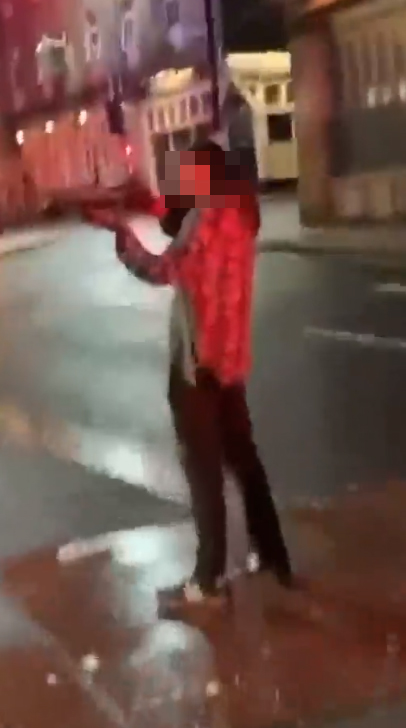 He then calmly points it at a person walking past as someone shouts: "What are you doing?"

The thug continues to pace around with the crossbow even when a police car pulls up.

As officers get out of the vehicle to approach him, the man puts the weapon down on the ground and starts walking away.

But he picks the crossbow up again – causing the two officers to duck for cover behind a wall.

The video was posted on Twitter by Labour councillor Kevin Osborne.

He said: "Incident last night in Barnsley with a man brandishing a loaded crossbow.

"He dropped in but then picked it up when police approached. These weapons are unlicensed."

Police confirmed armed officers were called to the town centre just before 1.30am today.

They said the suspect was tracked on CCTV and was "seen to be threatening members of the public".

He fled the scene when approached by cops and climbed on a bridge before being detained.

Superintendent Paul McCurry said: “Prior to their arrival, unarmed officers on routine public order duty approached the man using their shields to protect members of the public.

“Their actions resulted in the man dropping the weapon, which was safely recovered.

“This was a serious incident which was distressing for those who saw it unfold.

“Our officers showed their absolute commitment to public safety this morning, they responded very quickly with limited protection to safely resolve the incident."

Anyone with information has been asked to contact police on 101 quoting incident number 75 of 9 May. 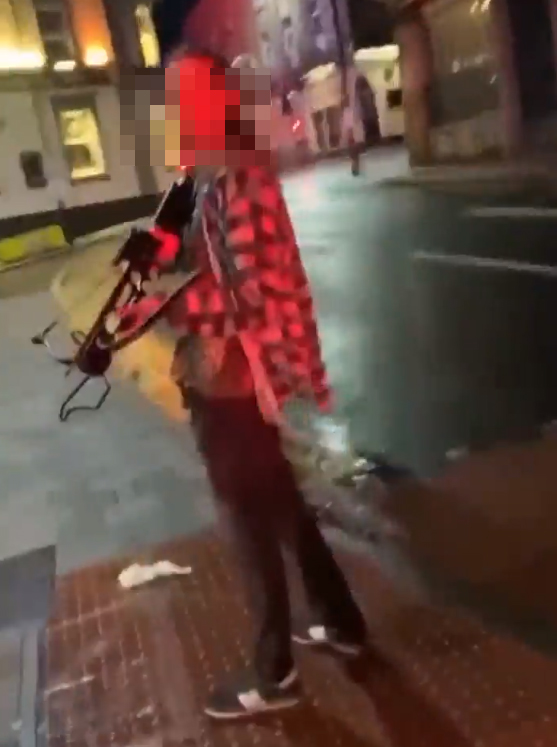 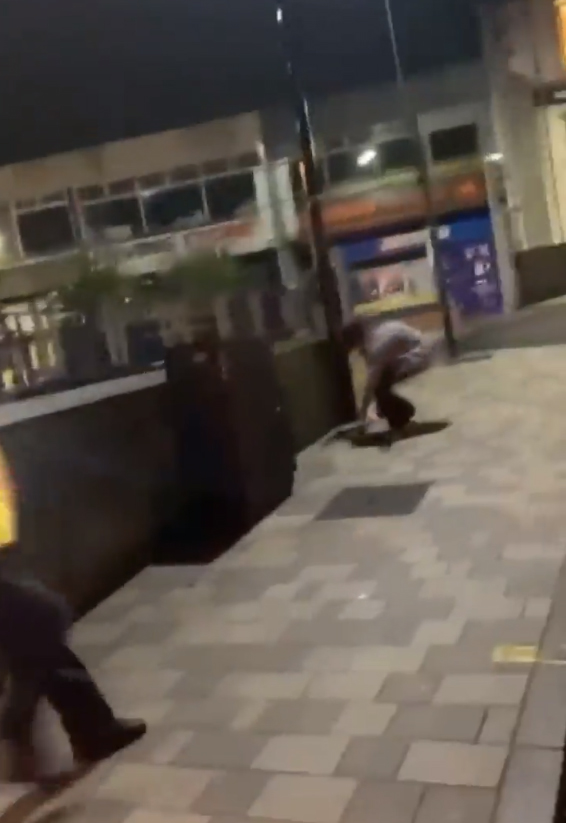