A GANG of men were caught on camera beating and kicking a woman in the head as she cowered on the ground in a shocking video.

The footage, filmed by a witness of the brutal assault, shows a group of men loitering on a city centre street in Leicester before rushing over to a female who falls onto the ground. 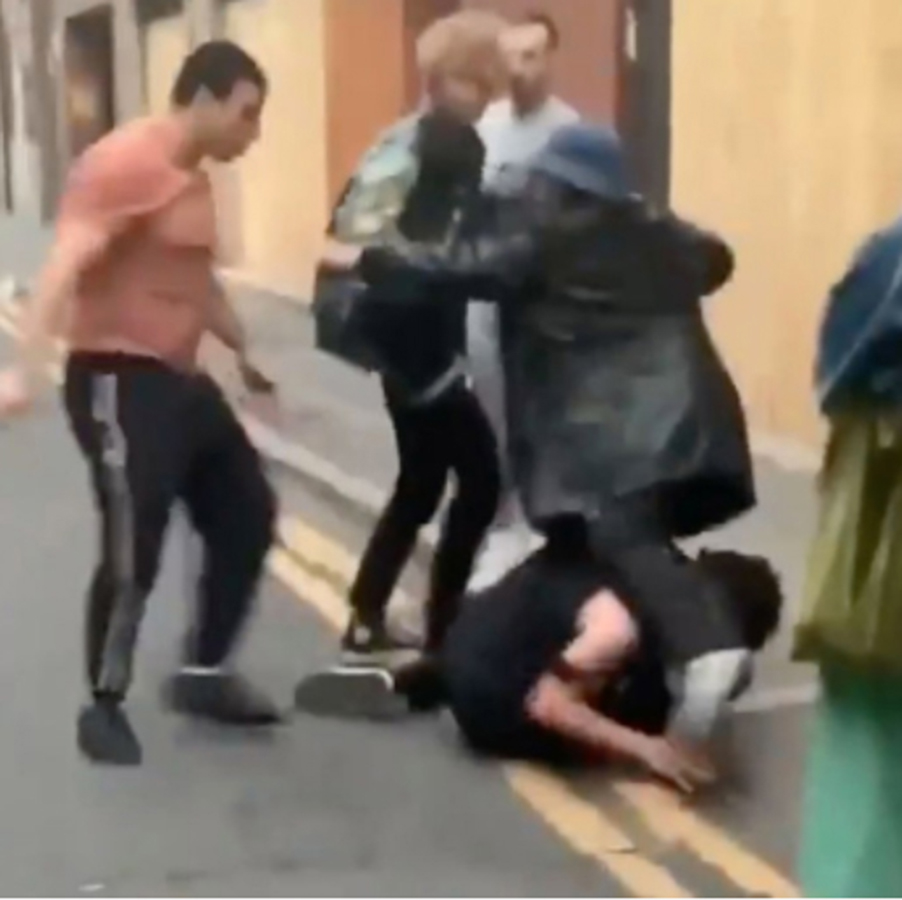 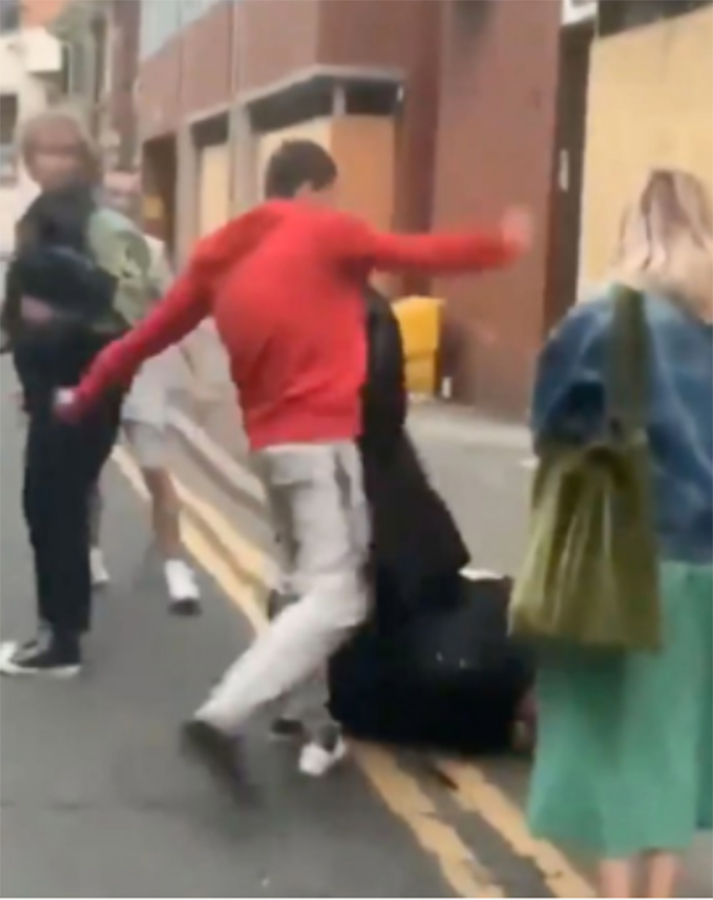 They then launch into a vicious attack and begin kicking and hitting the victim from a number of angles as she lies helplessly on the floor.

Two of the thugs even take a short run-up to the woman before forcefully kicking her in the head.

The group ignored bystander's pleas for them to leave the woman alone as well as the cries of one female witness who can be heard yelling "Stop!"

Others captured in the clip appear unbothered by the violence. 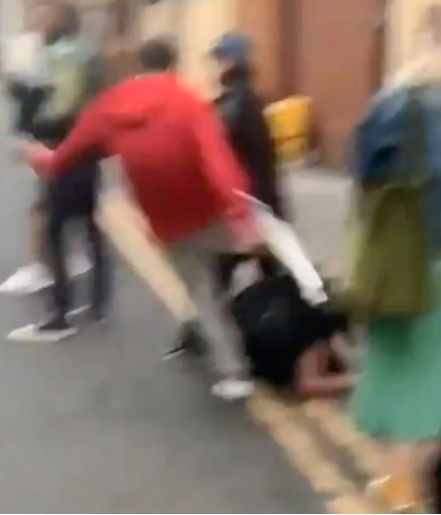 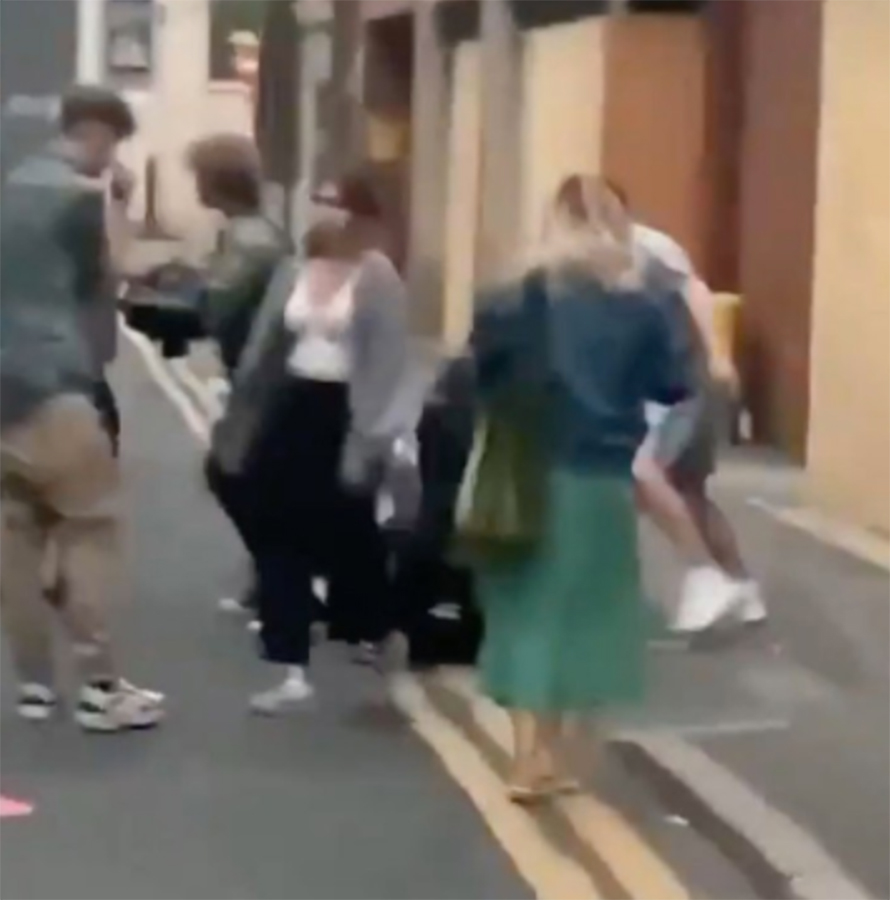 The victim suffered numerous blows before a man and woman eventually intervened.

The men then flee the scene as the victim recoils on the ground in pain.

It has not been confirmed what started the attack or where exactly it took place, although it appears to resemble Albion Street, according to reports.

The victim has not been identified, but it is believed it was a woman.

The horrifying video was shared on Twitter where it gained over 21,000 views, leaving social media users disgusted at the violent scenes.

One commented: "Booting in the back of the head when they are on the gound – Tough guy. I say "they" cause it looks like it could be a women to me?!"

"Thats not a fight.. its a gang of animals kicking a woman on the ground," another wrote.

"Kicking someone when they’re down and defenceless is the lowest of the low," one said.