THIS is the shocking moment a rowdy male reveller allegedly SLAPS a female bouncer before scaling a taxi as he tries to flee the scene.

The assault took place at around 11.50pm on Saturday outside the New Union Hotel & Showbar in the Gay Village, Manchester City Centre. 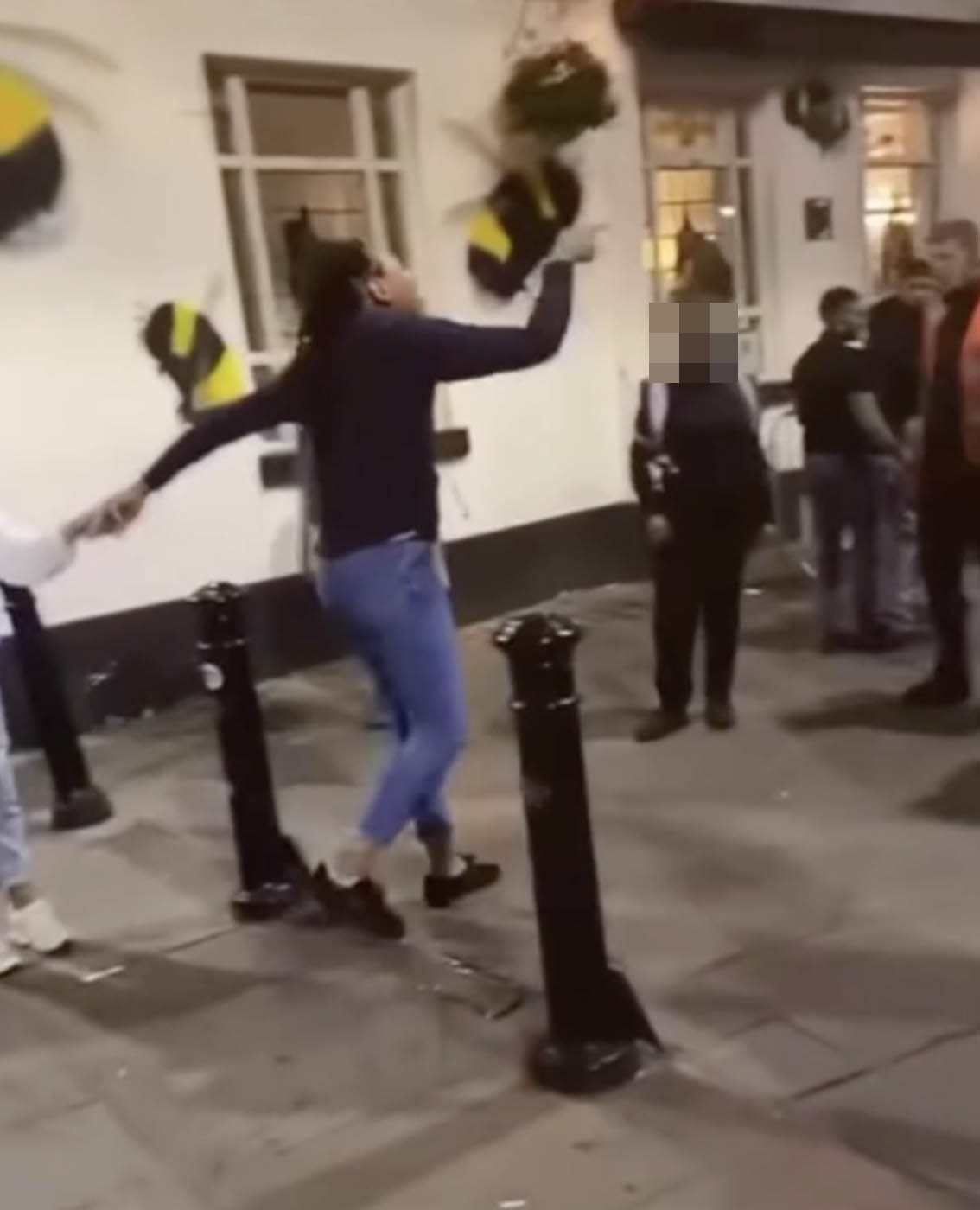 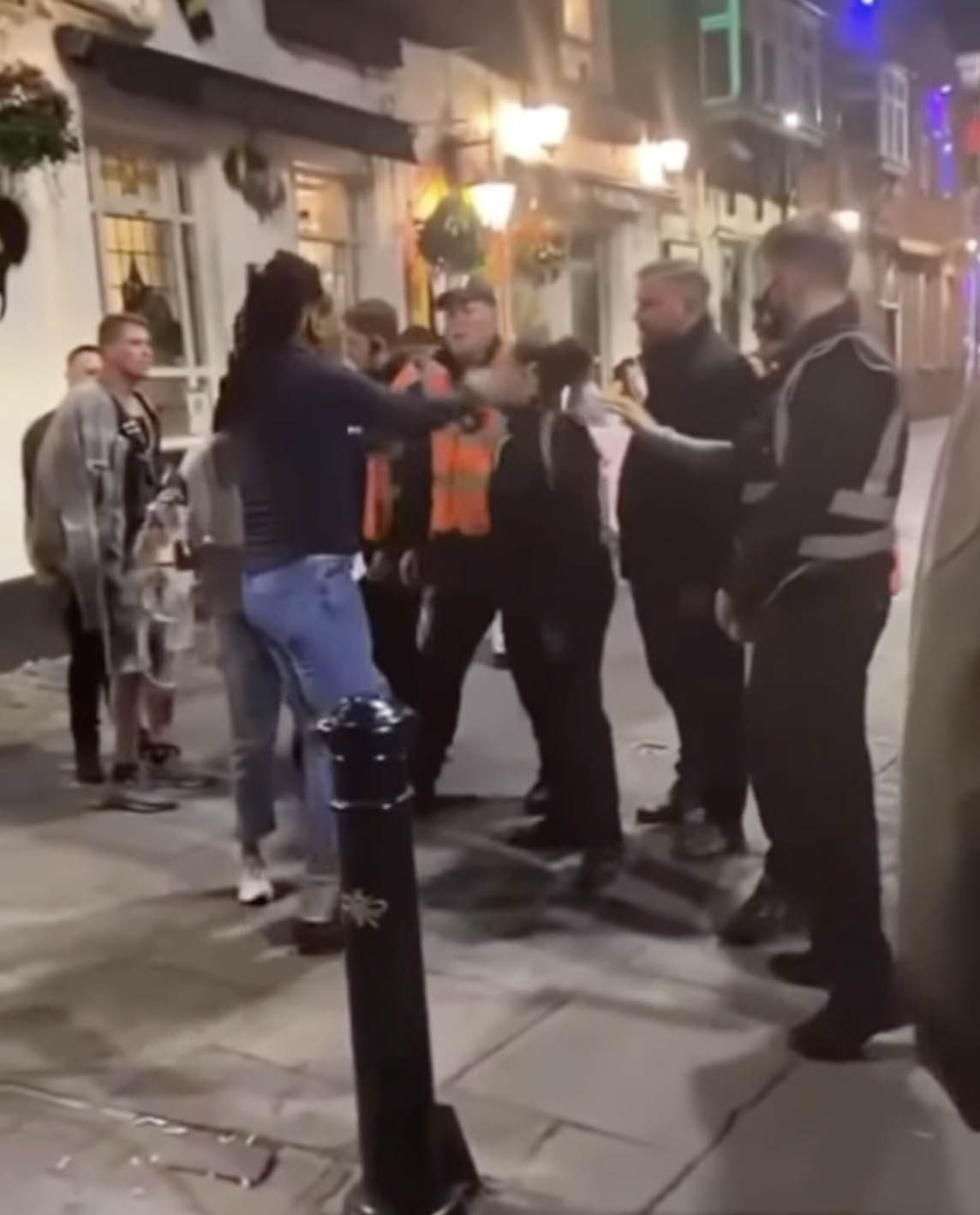 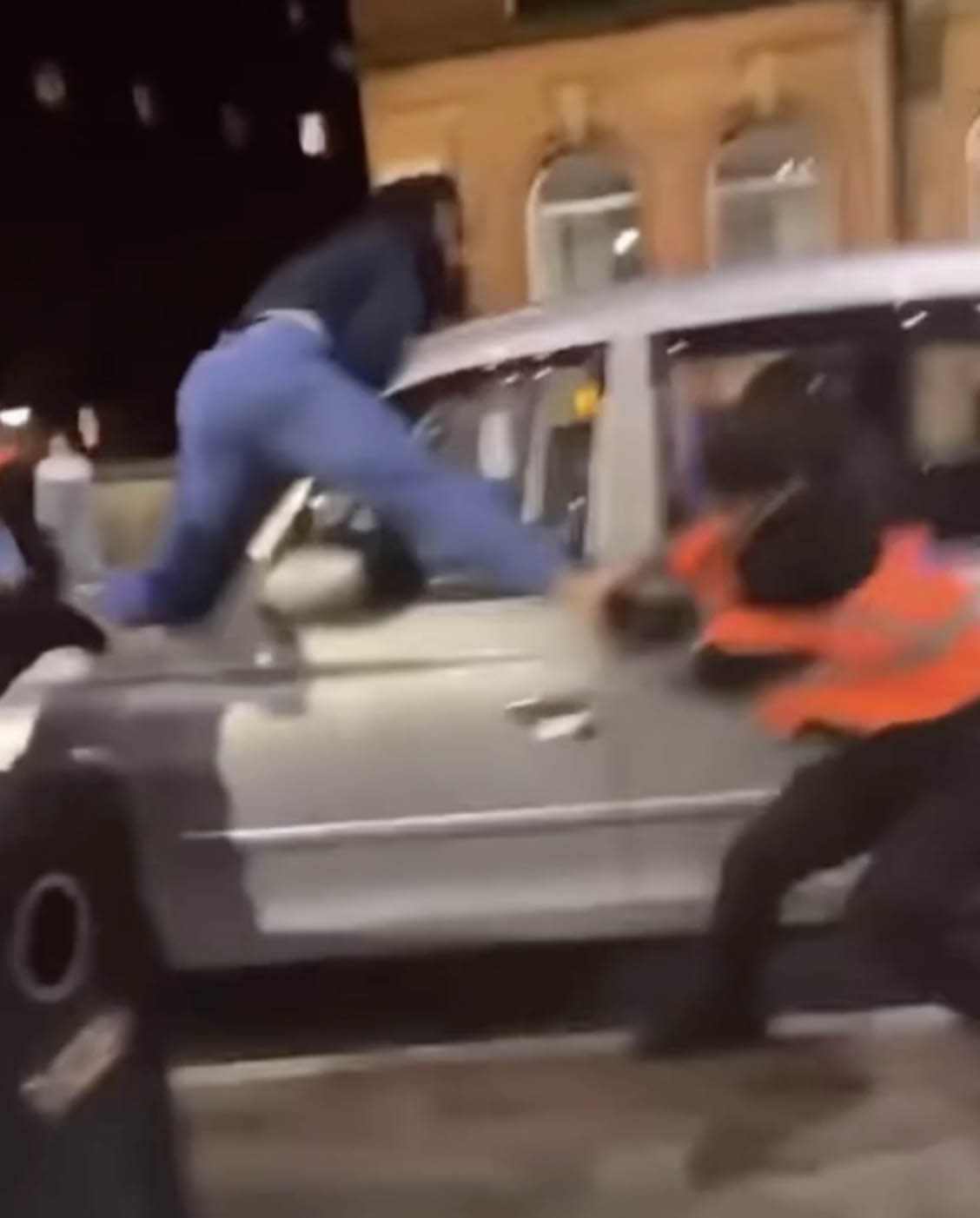 In the footage, bystanders gasp as Christian St Hilaire, 30, of Nottingham allegedly strikes the female bouncer during a drink-fuelled argument with the doormen.

Her colleagues are filmed pursuing the drinker as he tries to flee the scene and the man even climbs a taxi to evade the security staff – before they hurl him onto the pavement and dramatically arrest the man.

The individual – who filmed the footage – said they did not know how the altercation erupted between the drinker and the bouncers.

At the start of the video, the rowdy drinker can be seen allegedly verbally abusing multiple security employees outside the bar.

His friends tries to hold the male reveller back as he screams: “P*SSY! P*SSYHOLE! SHUT YOUR MOUTH!”

He then starts putting his fingers in a male bouncer’s face and his female colleague comes to his aid and pushes the drinker’s hands away. 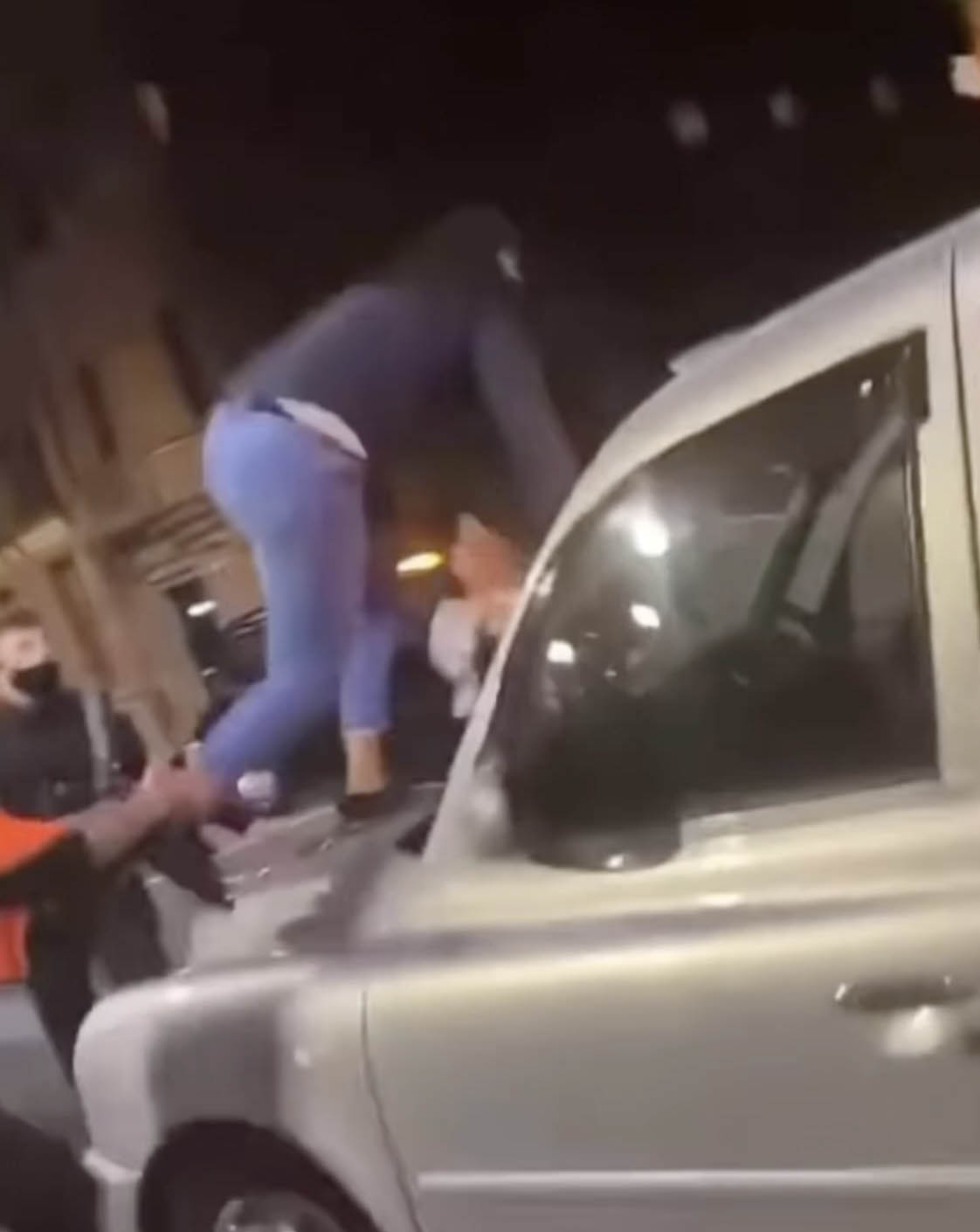 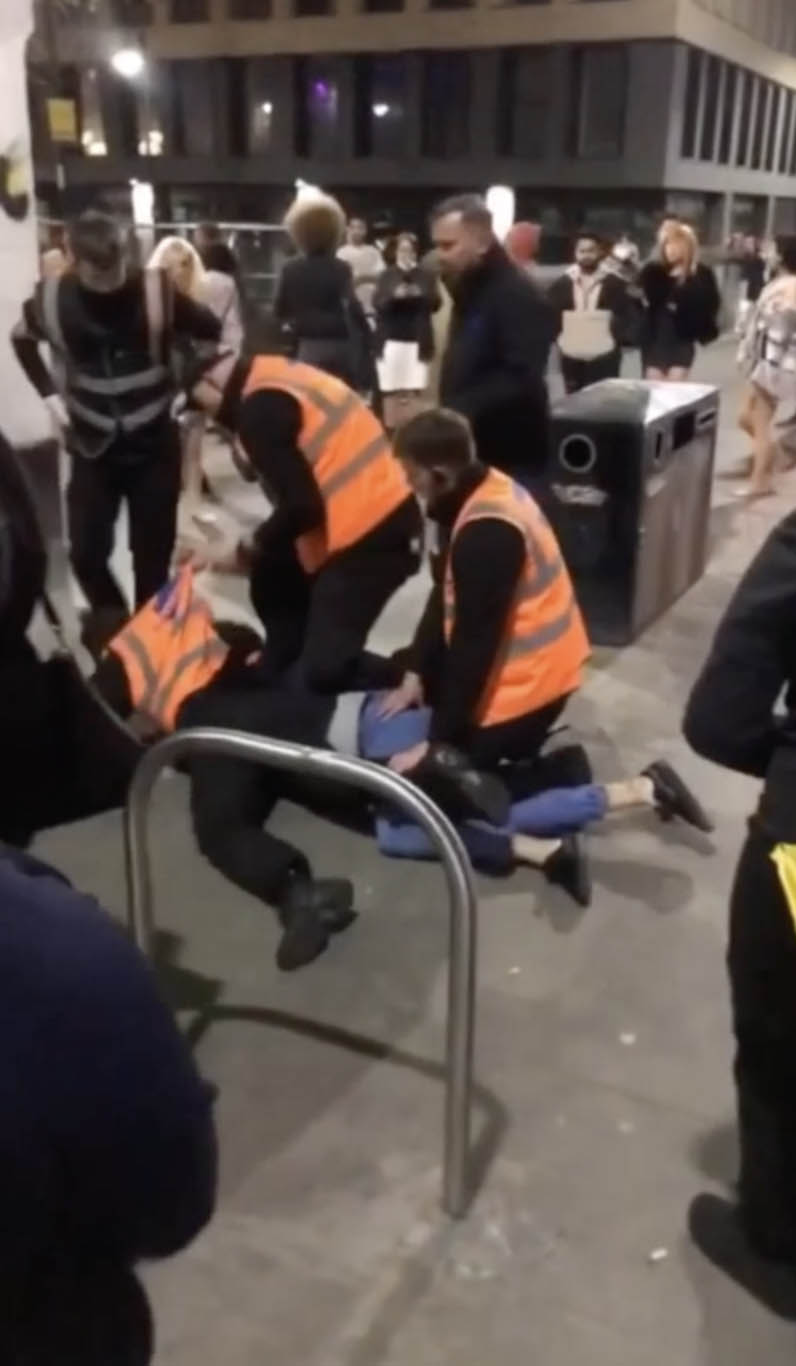 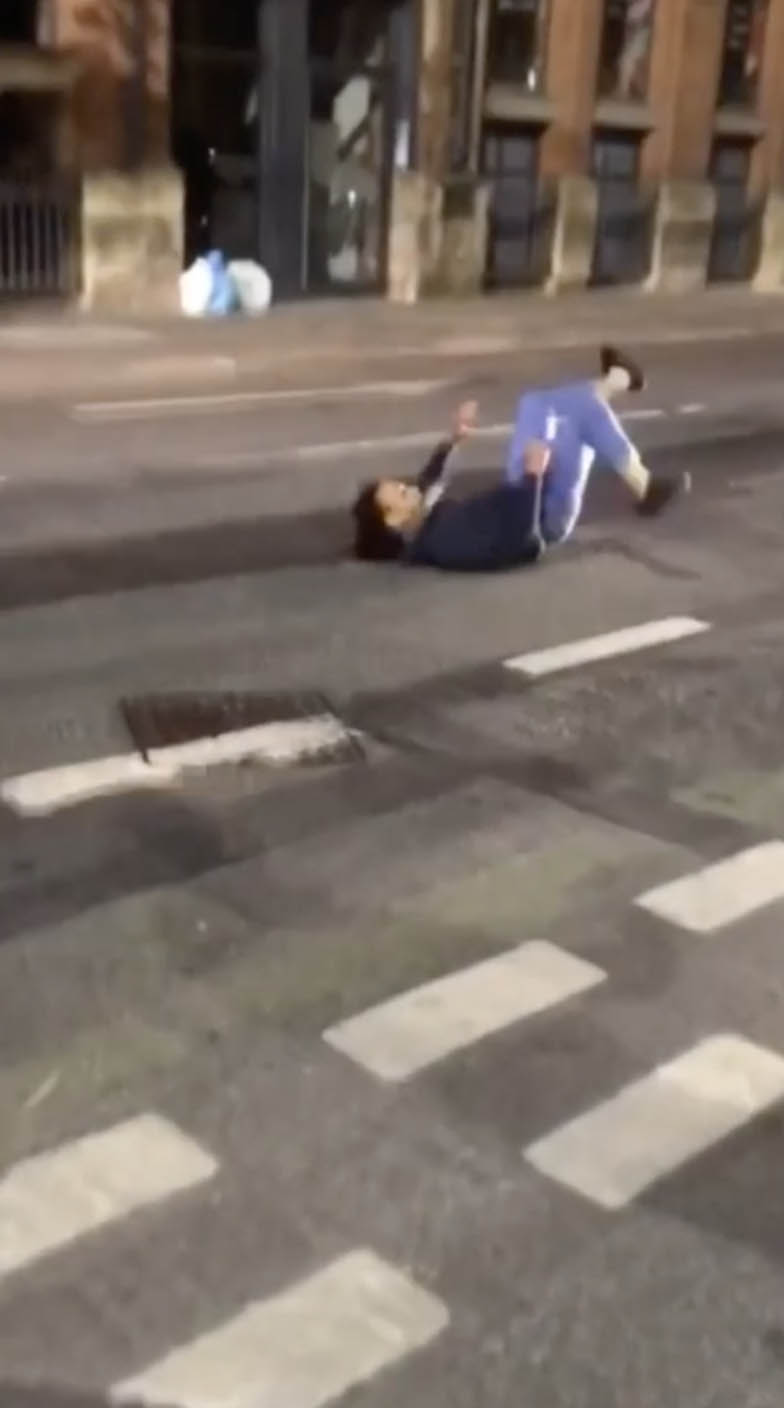 The female bouncer confronts the reveller and asks him: “Eh stop! What the f*ck are you going to do? Move!”

Then in a shocking move, the reveller allegedly slapped the female bouncer in her face.

Stunned bystanders gasp at the attack and the female bouncer’s colleagues rush to her defence.

After the alleged assault the female security employee, the reveller is seen fleeing from the scene as multiple bouncers chase after him.

They run after the man, skirting in between traffic on the busy street.

The camera pans away from the action briefly – But in the next clip, the bouncers are still seen in hot pursuit of the man.

They try to catch him but the reveller manages to evade them by dramatically scaling a parked taxi.

Two security staff seize the man as he clings to the taxi.

The pair grab on to each one of his legs and forcibly pull him to the pavement as several more bouncers help to restrain him.

Onlookers are heard gasping and shouting at the scenes.

In a final clip, police officers are filmed attending the scene and appearing to arrest the man.

A police spokesperson said: “Police were called shortly after 11.50pm on Saturday 12 June to a report of a man being aggressive towards door staff outside the New Union Hotel on Princess Street, Manchester.

“Christian St Hilaire, 30, of Nottingham, was detained and later taken to custody by officers.

“He was subsequently charged with single counts of section 39 assault and battery, and appeared at Manchester and Salford Magistrates' Court on Monday 14 June.”