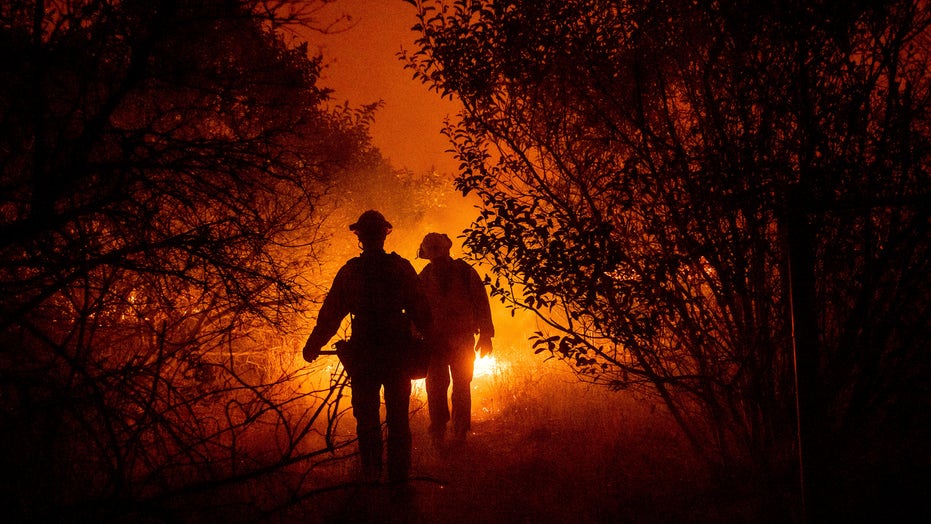 The fire started Wednesday after a Silverado Canyon home caught fire amidst gusty Santa Ana winds. The blaze then spread to nearby vegetation and up into the hills.

While the extent of the wildfire's destruction remains unclear, 25,000 people were forced to evacuate, according to KTLA.

About 500 firefighters from more than 30 agencies have been called to fight one of the state's multiple fires, the Orange County Fire Authority Public Information Office reported. 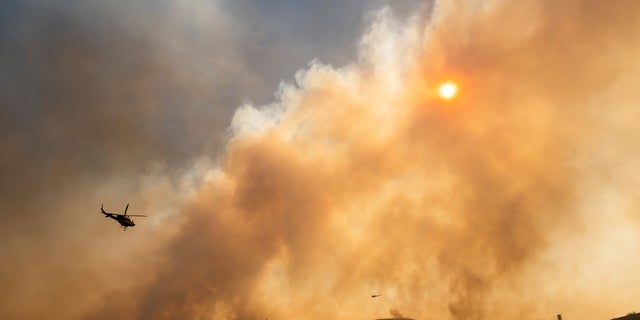 In a tweet, the public information office wrote that the Bond Fire has been 10% contained.

Two U.S. Forest Service firefighters hurt in the effort were taken to a hospital after being treated by paramedics on the scene. Chief Brian Fennessy told reporters in a news briefing that their condition is unknown, adding that he believed the response to the fire had saved homes in Modjeska Canyon.

“We’re feeling pretty good about the effort that they put in,” Capt. Thanh Nguyen said. “We had seven helicopters that went at it hard today, dropping water. We had bulldozers, hand crews, and we had engine companies, and they put in a solid amount of work.”

A temporary Red Cross evacuation point was set up in Orange, though no "congregate shelter" would be offered due to the COVID-19 pandemic.

Fennessy noted that evacuees would not be able to return soon due to downed power poles and wires.

There are still challenges ahead for firefighters as winds shift directions. Much of Southern California remains under red flag warnings of extreme fire danger.

Smoke from the Bond Fire and the nearby Airport Fire has prompted a smoke advisory, issued through Friday.