DOCTORS were stunned when CCTV captured the moment a dead man's wheelchair appeared to move on its own.

Staff have become convinced the device was being used by the ghost of its former owner after he passed away at the hospital in Udon Thani, Thailand. 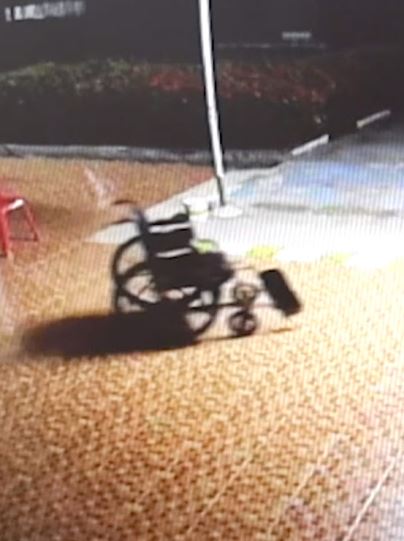 Creepy CCTV from May 23 appears  to show the wheelchair slowly rolling out of a corner, moving forward to a ramp without anyone pushing it.

The chair then comes to a stop, appears to turn slightly before easing its way back up the slope.

It is seen moving slowly and seemingly deliberately near the entrance to the hospital.

The eerie incident sparked concern among hospital workers when they found the wheelchair out of position the next morning.

Thanasak Pakdeenuan, the director of Ban Kham Doung local hospital confirmed that it is a manual wheelchair.

He said it must have been moving on its own and there is no way someone could have been controlling it via remote means.

Thanasak added the wheelchair was donated from the former owner, who passed away at the hospital.

The hospital is now planning to hold an event to say prayers and to honour the former owner.

It is hoped the ceremony may help put the restless spirit at peace. 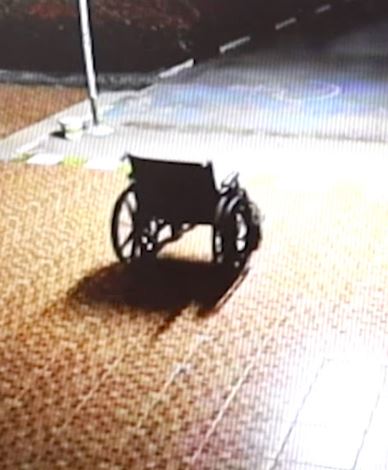 Mr Pakdeenuan was less convinced by the ghostly tale than some of his staff – and offered a more natural explanation.

He added: "It was a windy night and we believe the wheelchair might have been blown around by a gust.

"Even though the wind might have been blowing the chair, we are planning to hold a Buddhist holy event to say prayers and pay respect to the spirit of the former owner, just to be safe."

Belief in ghosts is relatively common in Thailand as the nation has a rich spiritual cultural built on many myths and legends.

Many tales of spirits are passed down between generations and are often associated with nature.

Some are the spirits of people who have died, but others take forms such as snakes, vampires or monsters

Ghosts have never been scientifically proven the exist, but stories and sightings persist worldwide.

Just this month, a team of ghost hunters were run out of a supposedly haunted mansion in the US after they claimed they were confronted by an "evil spirit".

And it is said there are up to 25 ghosts haunting Windsor Castle, with The Queen even claiming to have seen one.