A PUP who lost her snout and a toe has been adopted by a young man who instantly fell in love with her quirky look.

The 18-month-old Romanian street dog named Moaca was only a puppy when she had her nose crushed by a train and was left for dead. 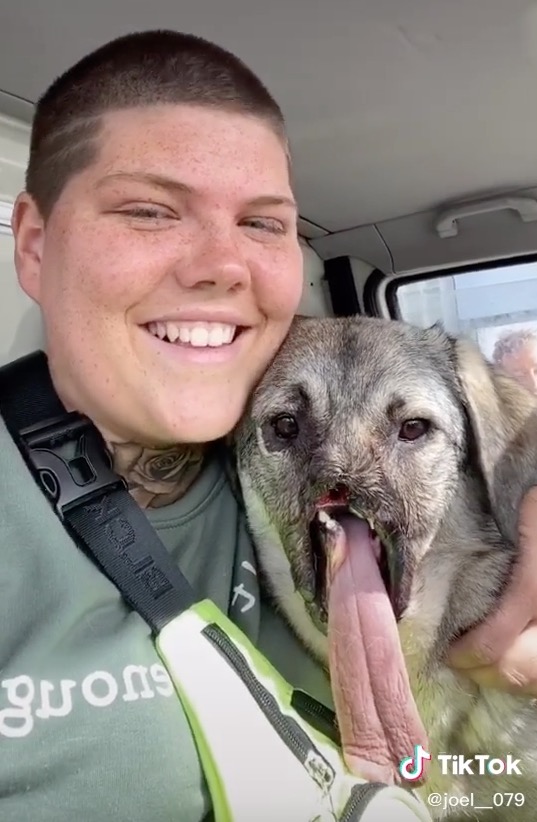 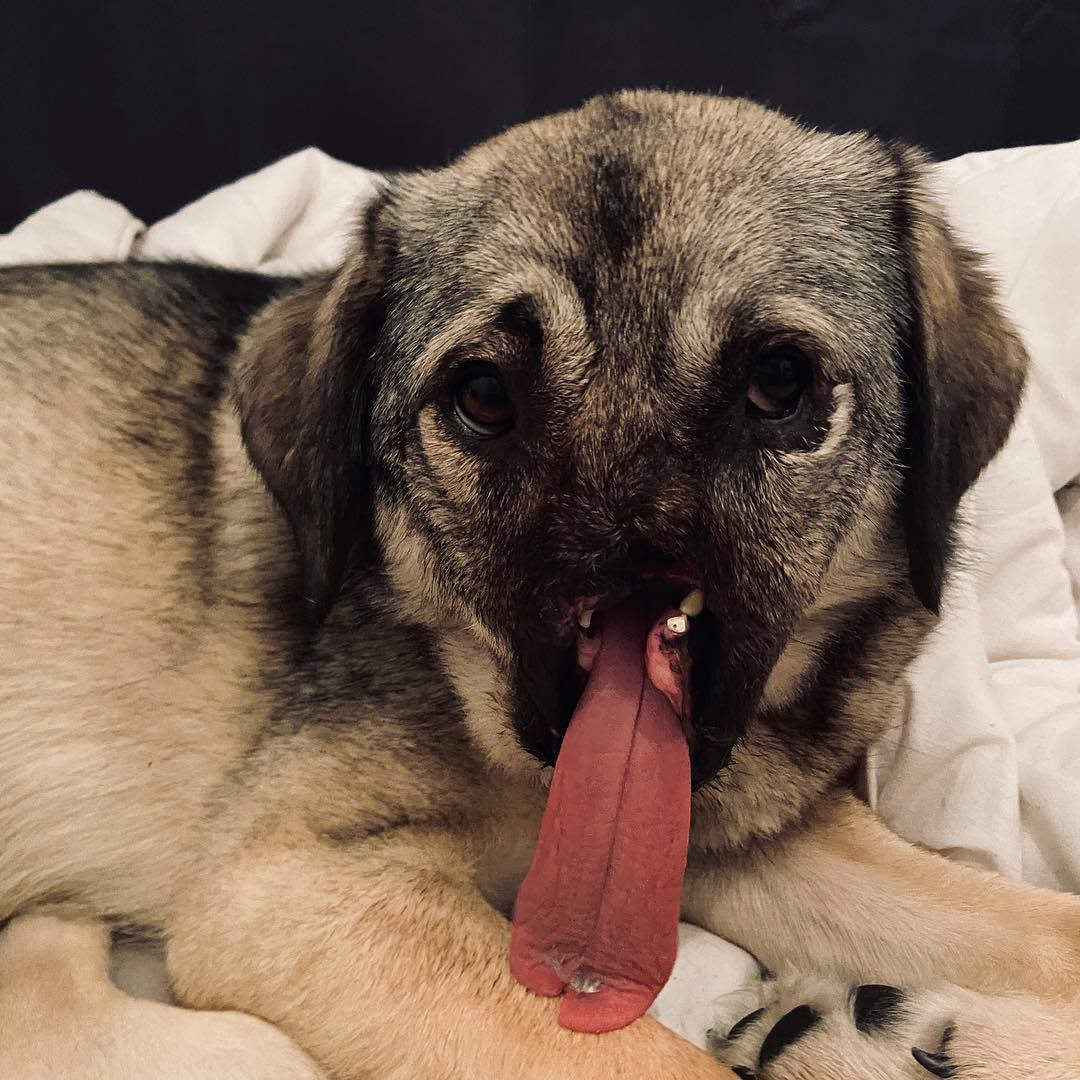 The German shepherd and husky mix was rushed to surgery by the Nomad Vet Association who managed to save her life during a five-hour touch and go operation.

Her recovery wasn't easy either – the charity feared that she would not survive the harsh Romanian winter alone.

Moaca's story was put online and in spite of her unique appearance she immediately found a loving home.

In a few short weeks Moaca went from a mortally wounded street dog to an internationally imported pet.

Her new owner 21-year-old Joel Wareman, from Zoetermeer, Netherlands, said: “Moaca is loved so much by everybody she meets. 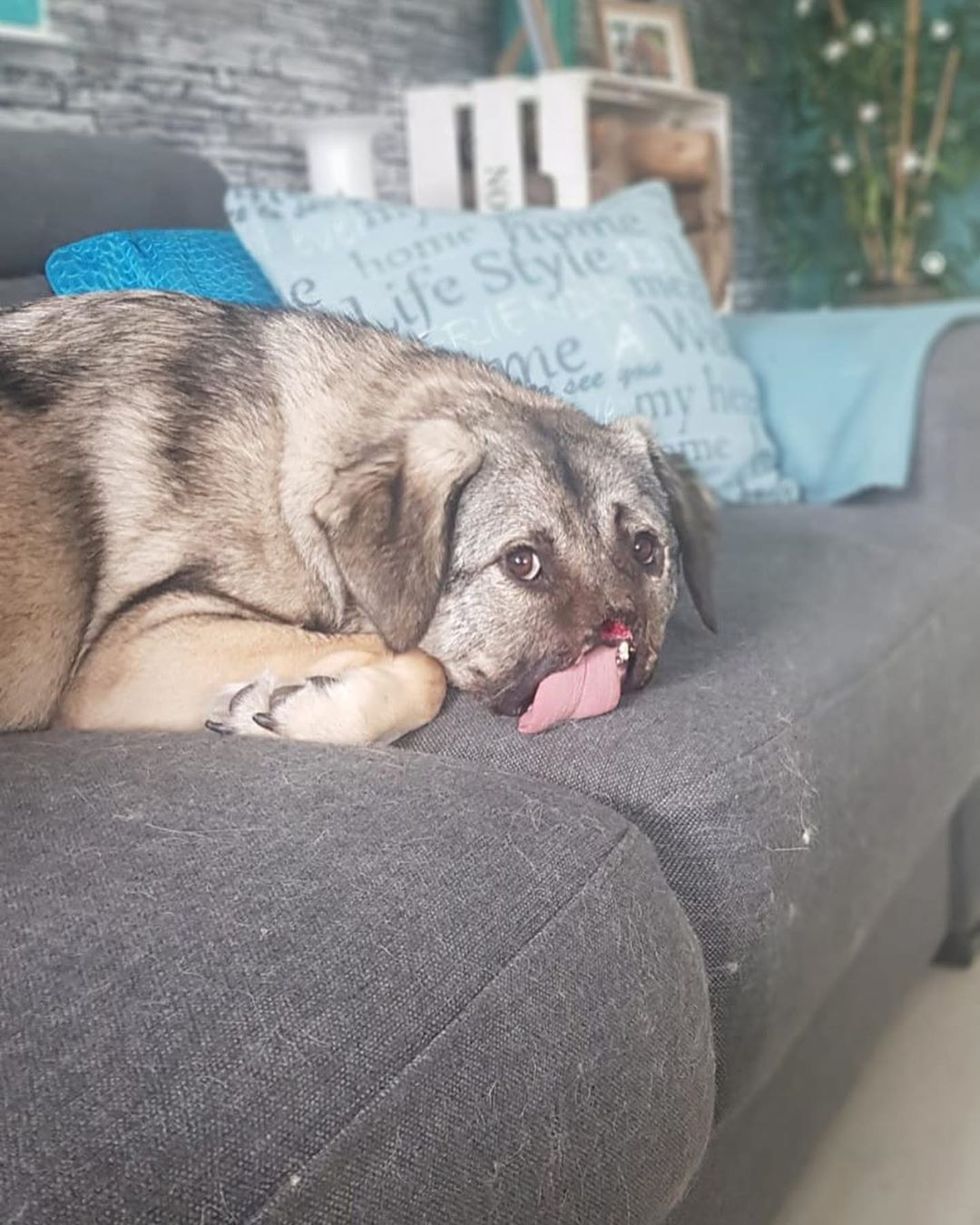 “To be very honest when I first saw her pictures I had to laugh and I thought what kind of a pug is this.

“Then I read her story and I burst into tears because I had ridiculed her.

“Her story was so sad and I immediately messaged the site telling them that I had to have her."

Joel contacted a Dutch spokesperson and arranged for Moaca, his first rescue, to be sent over to Holland. 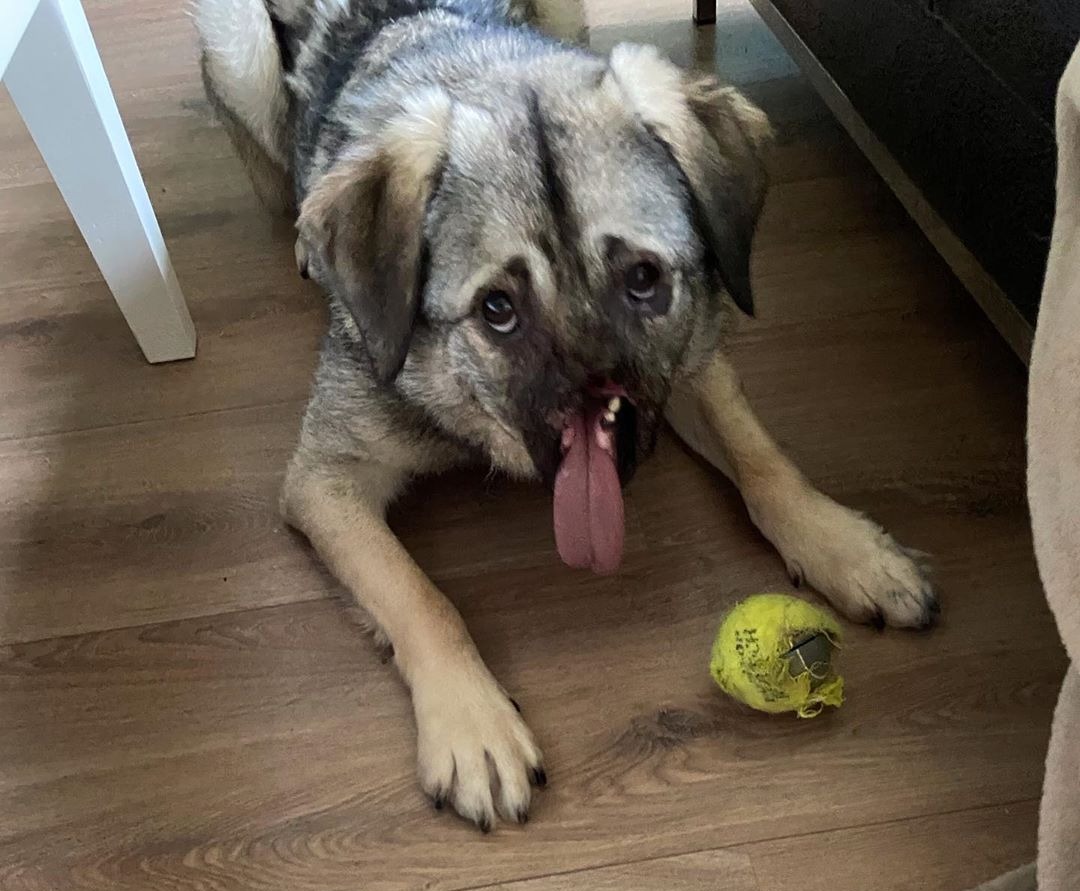 “It was a smooth process and she arrived two and a half weeks later and we got to celebrate Christmas and New years eve together."

Despite her horrific start in life, Moaca, meaning “little face” in Romanian, is not in pain although her injuries make certain tasks more difficult.

“She makes a lot of mess when she eats and drinks and she can’t pick up little things but she can do everything else” Joel said.

Moaca and Joel are now fundraising on their website, Moacalife.com, to get a prosthetic snout for Moaca and to raise money for the charity that saved her life.

Joel said: “I have a lot of contact with her rescuers and I always send them pictures and videos and sometimes they come to visit her.

“I want to collect money for them to be able to help more dogs in the way they have helped mine." 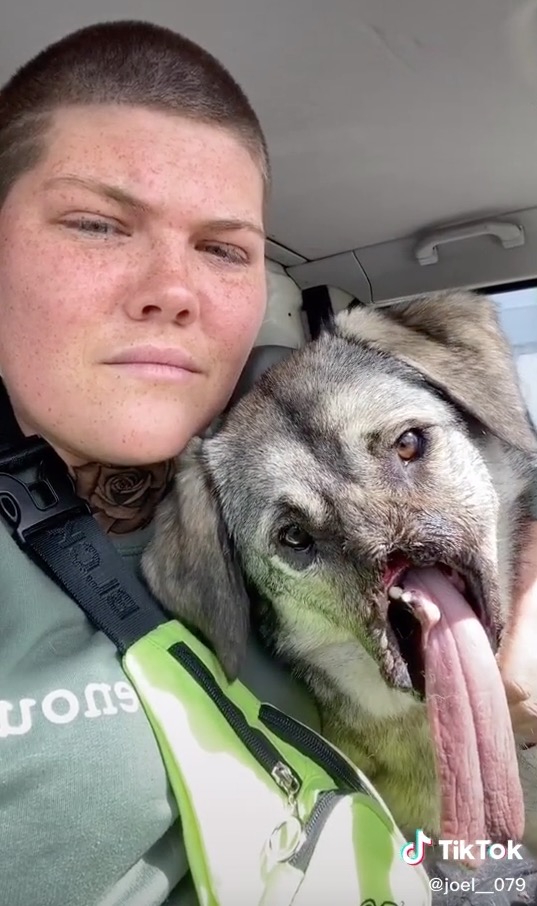 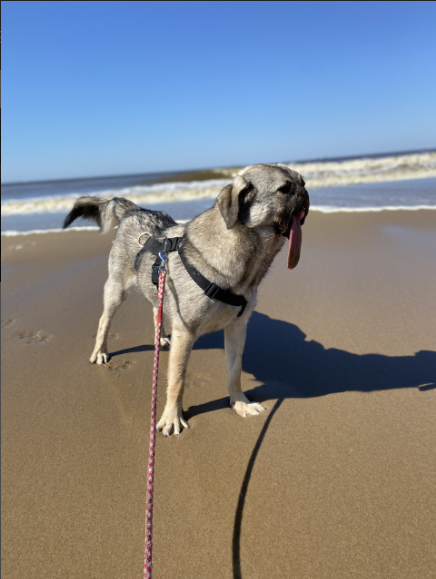 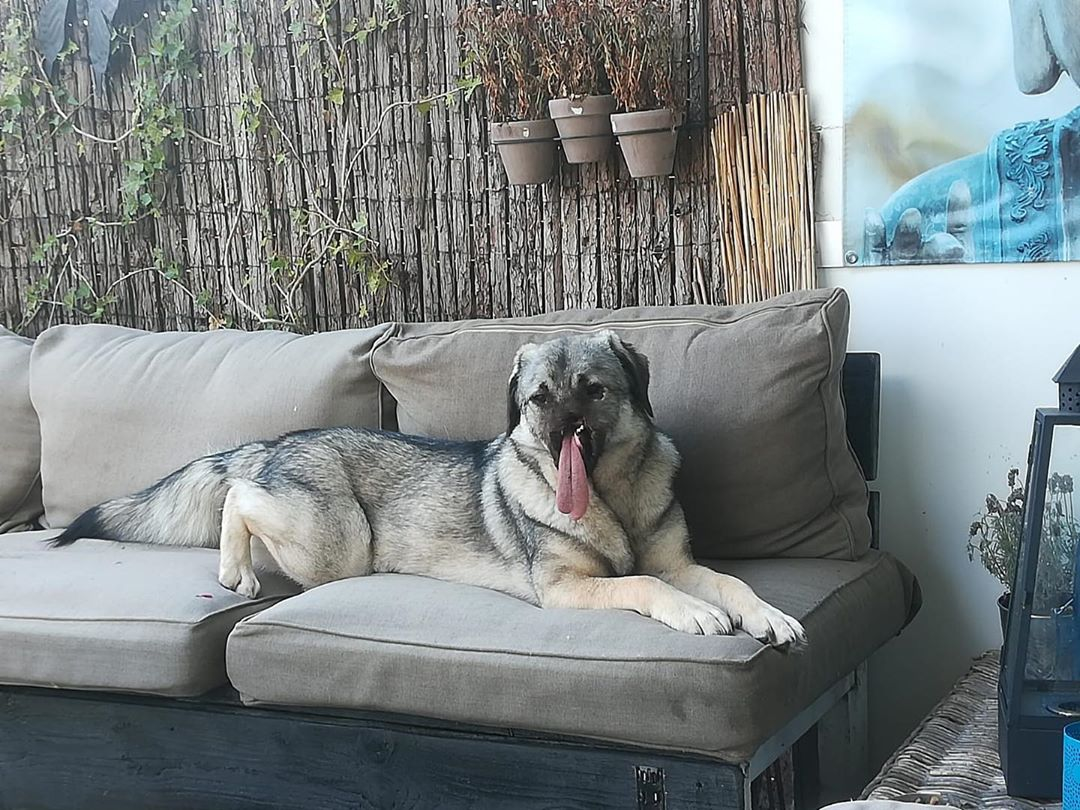 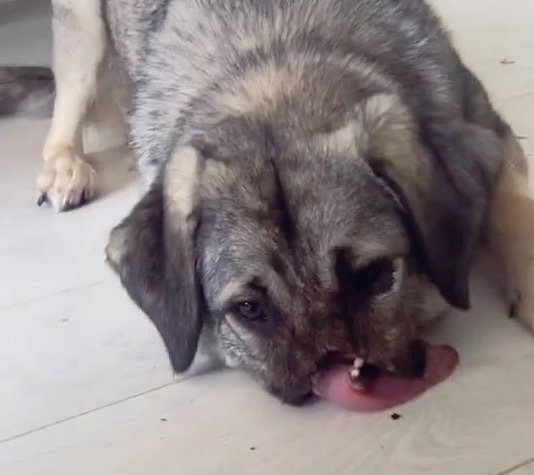 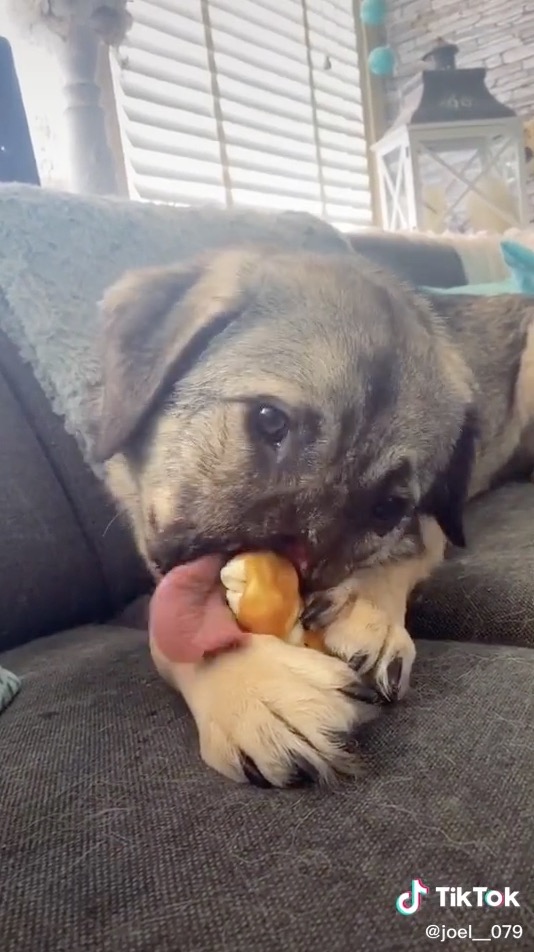 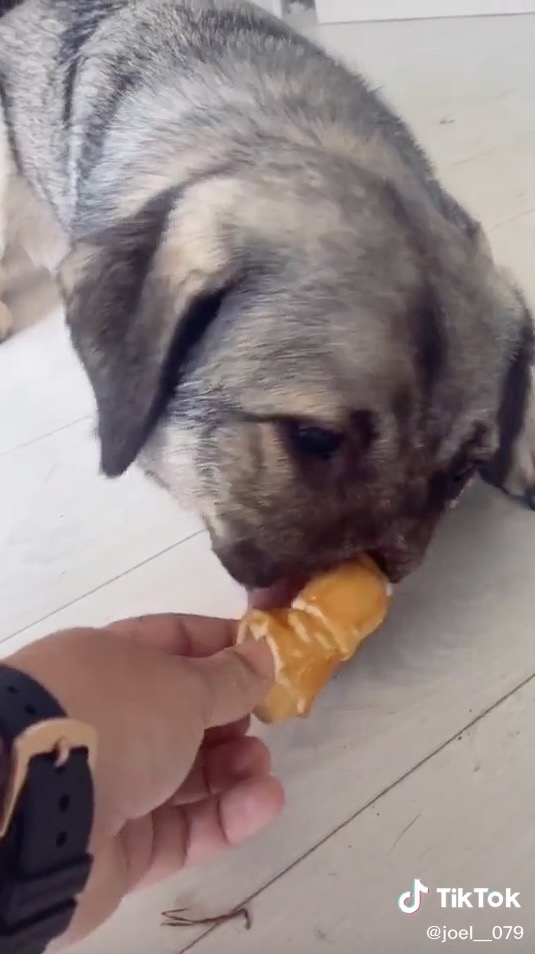 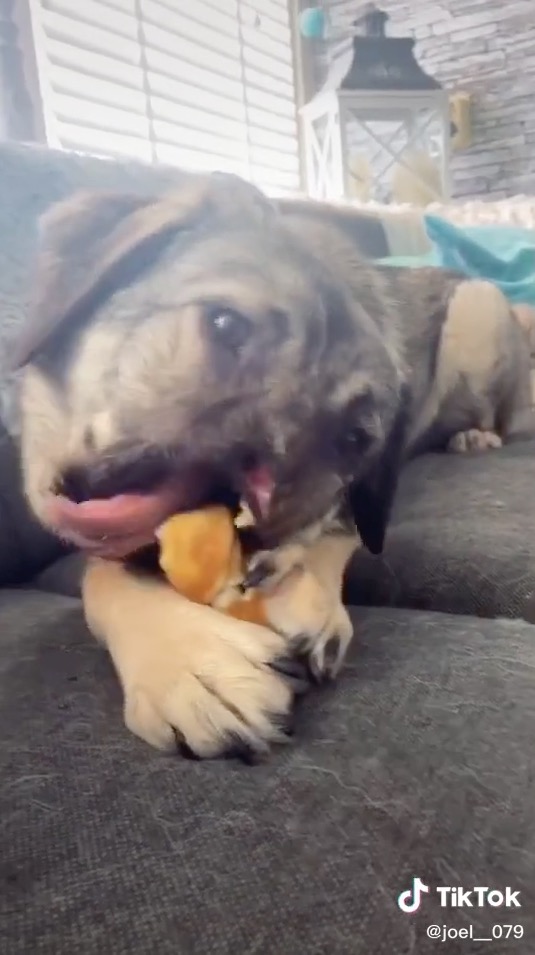 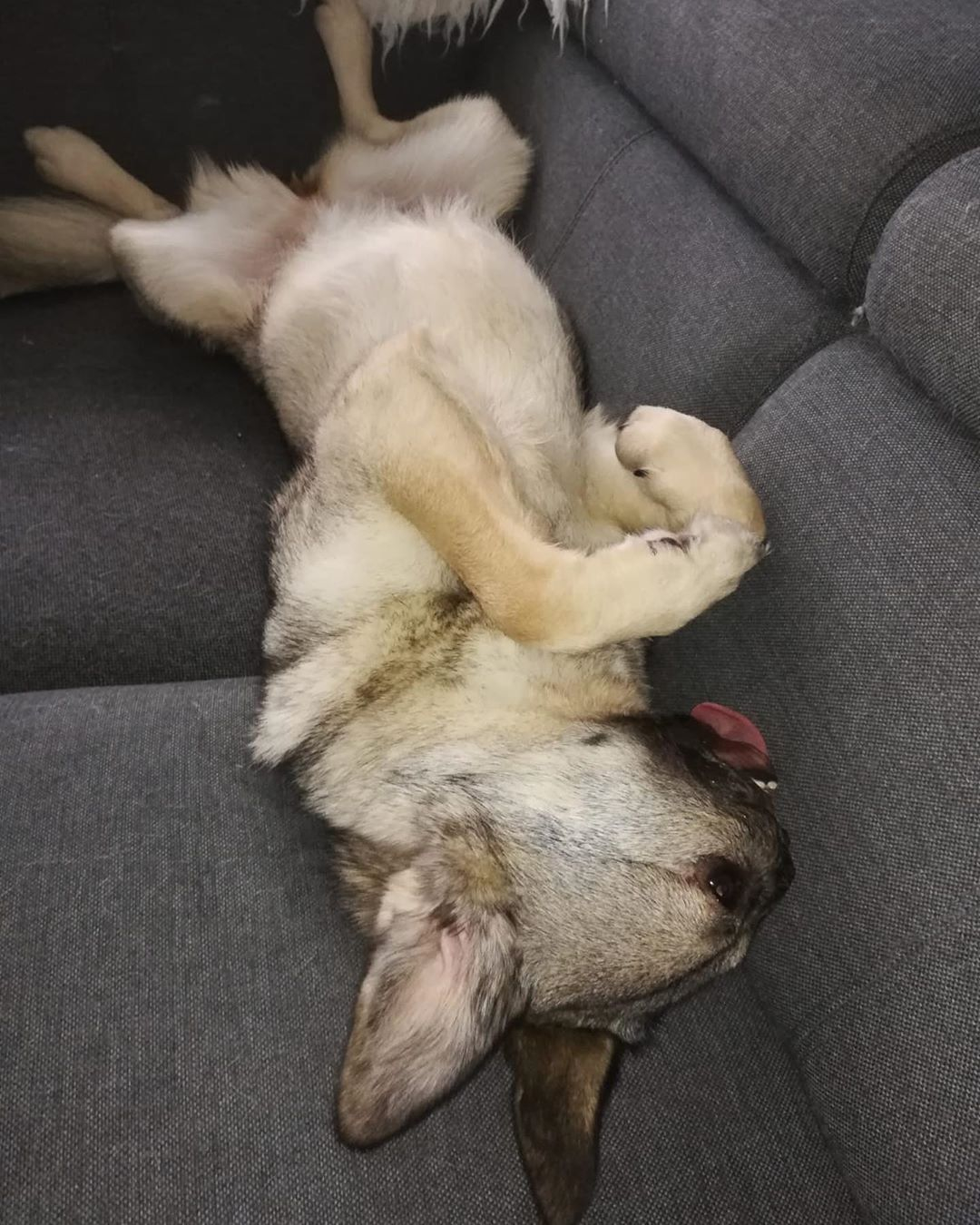 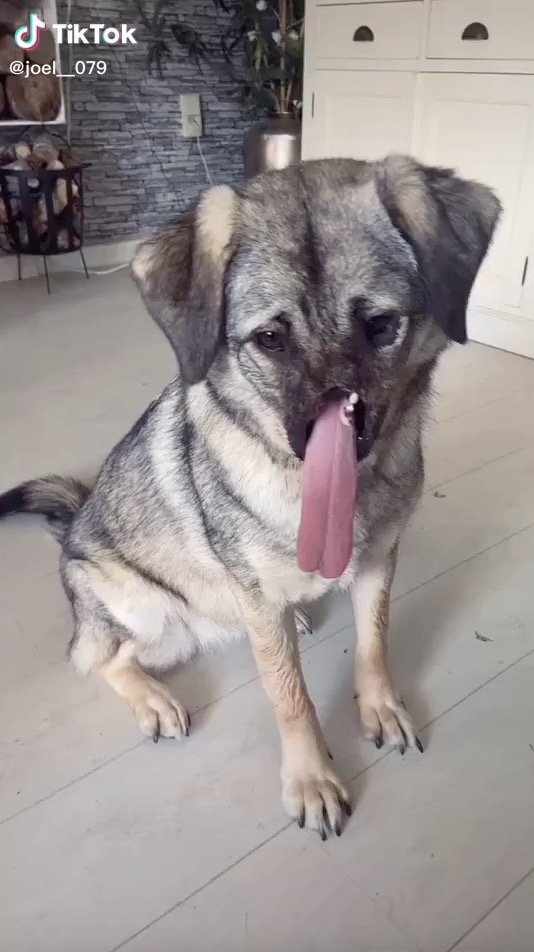 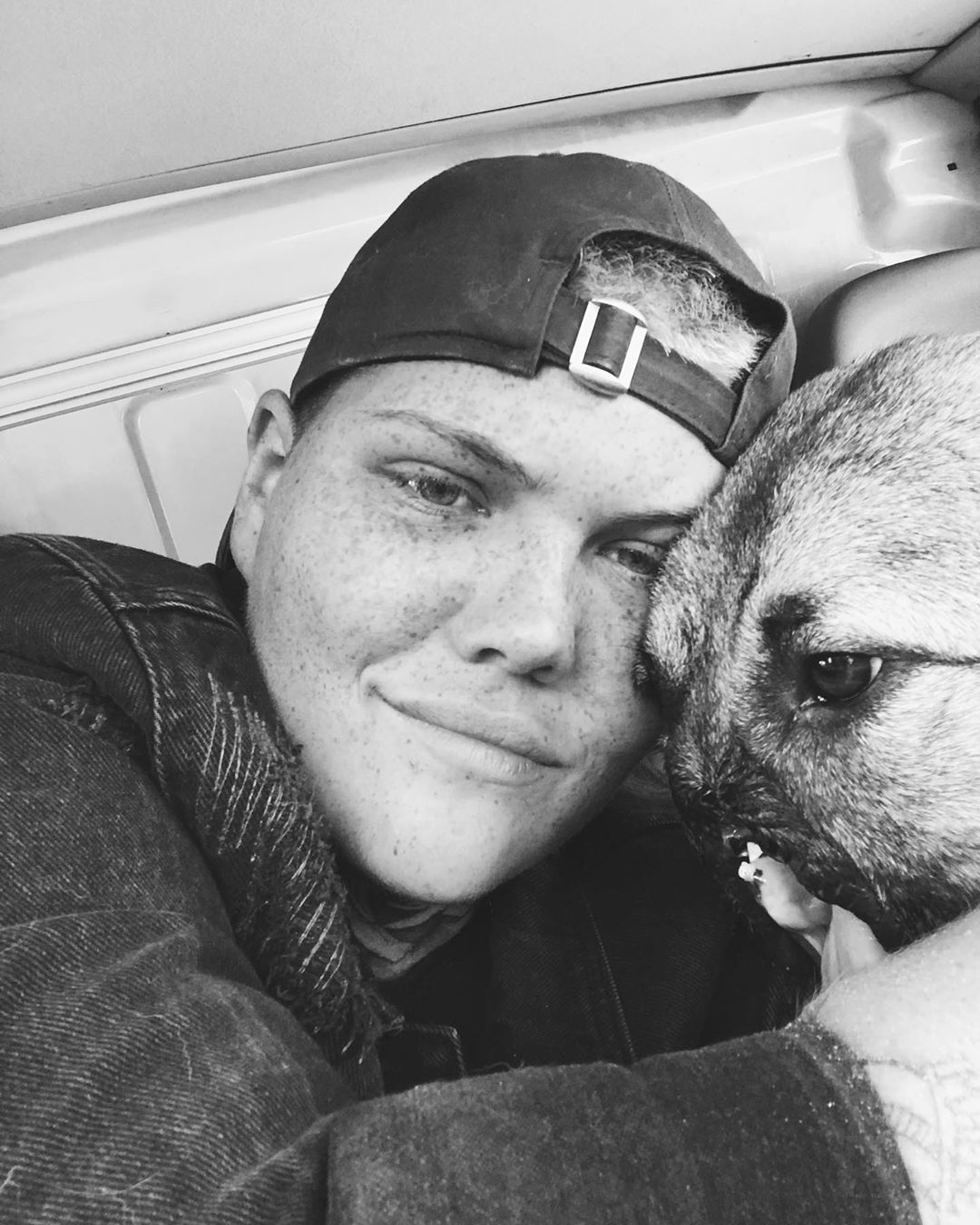 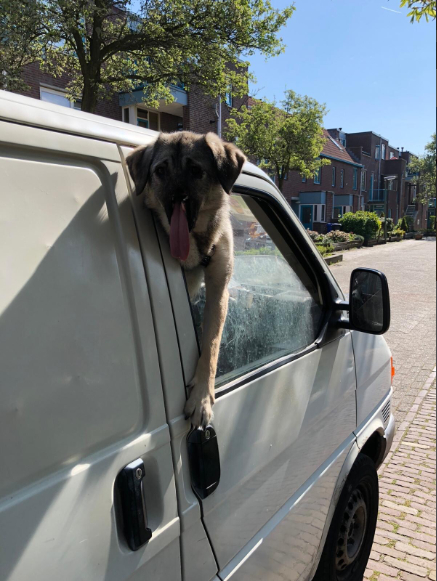 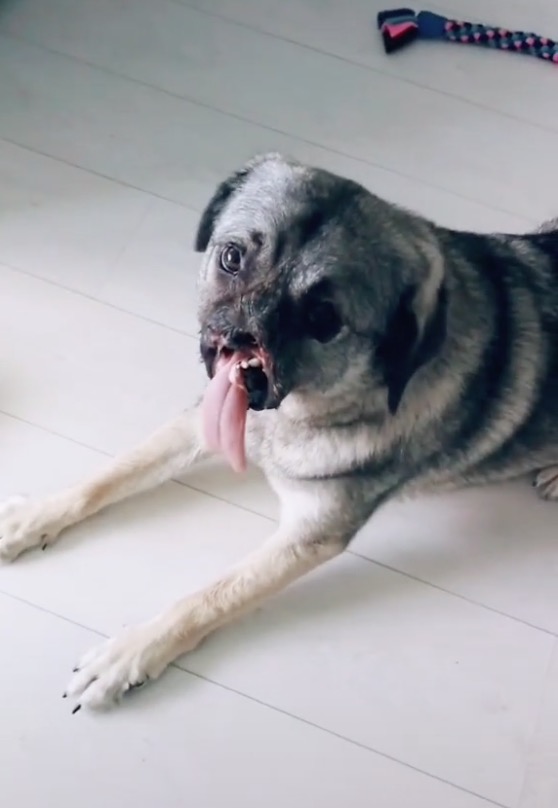 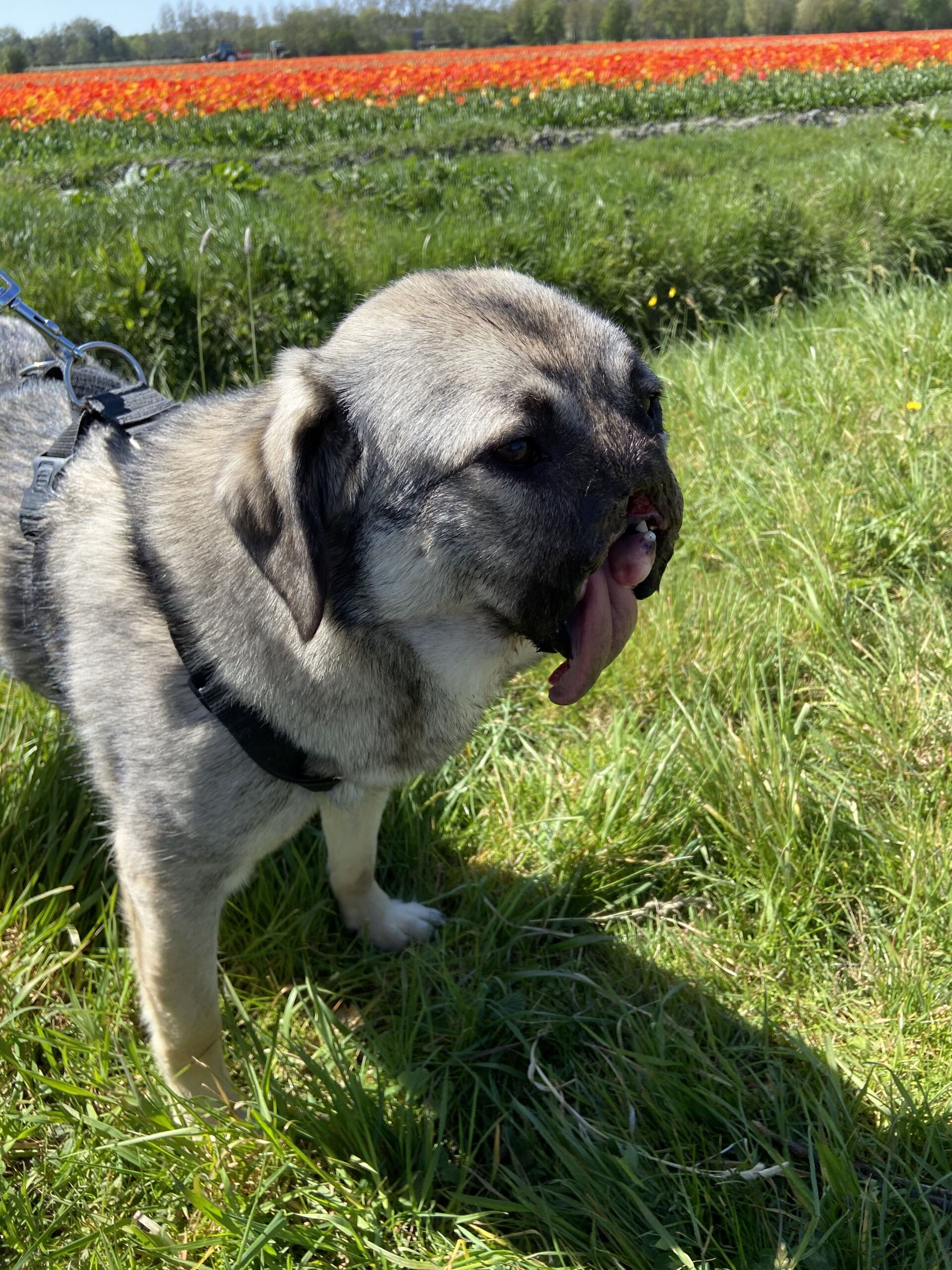