A PHEASANT defends itself against a pesky squirrel in a food scrap.

The pair had been ­sizing each other up for days when the grey squirrel suddenly got fed up sharing his snacks. 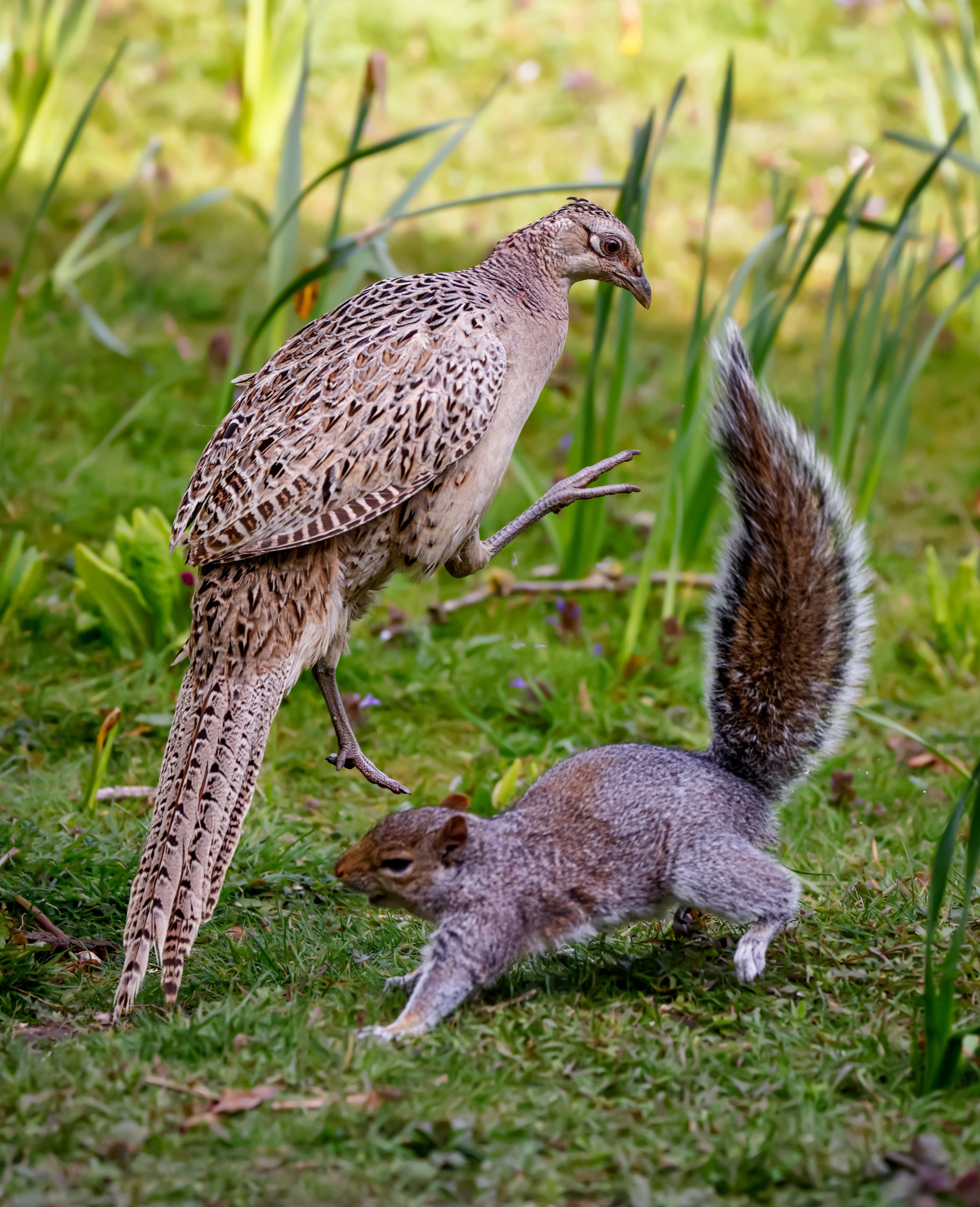 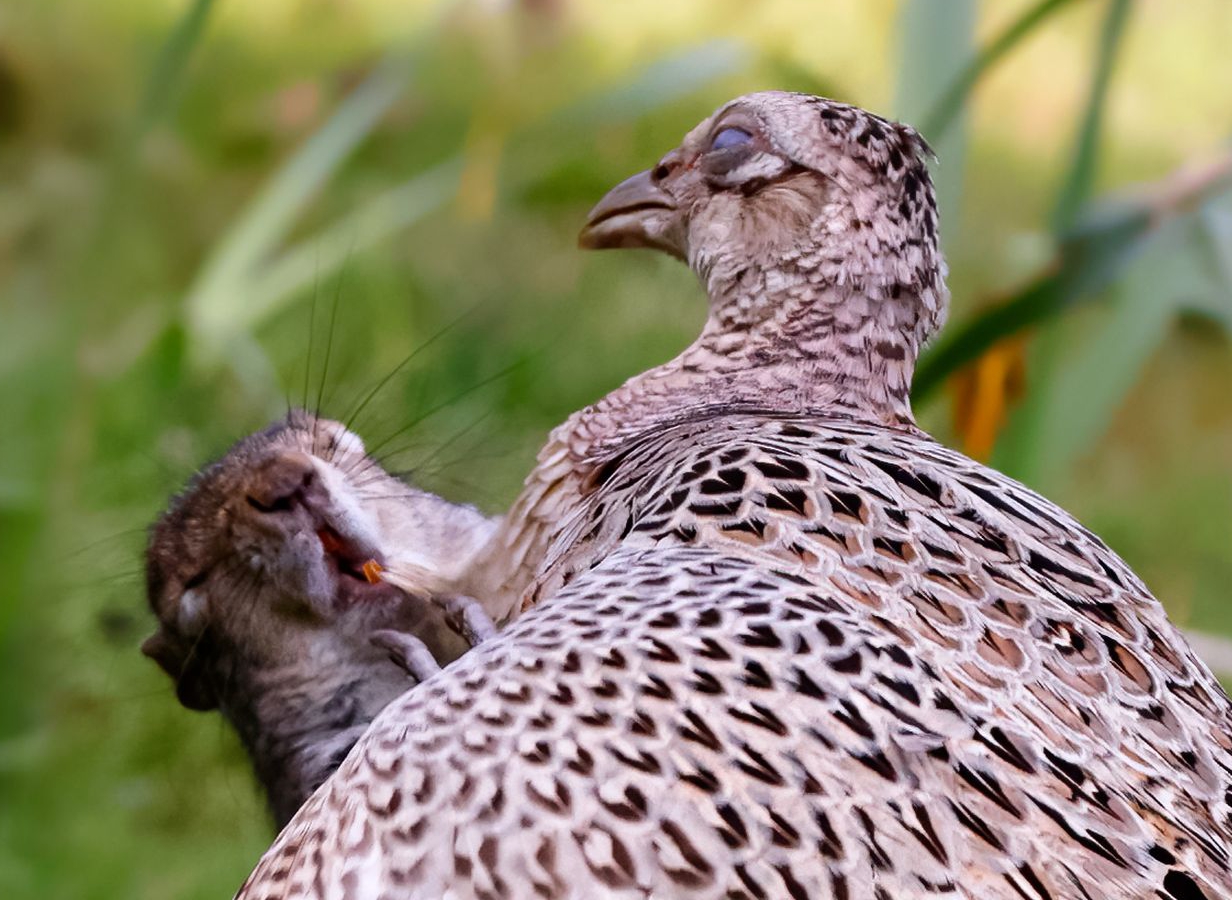 Psychotherapist Ivor Ottley, 54, snapped the fight in his garden in ­Hessett, Suffolk.

He said: “The pheasant went all kung fu and the squirrel lost.

"He’s more timid when he sees the bird now.

"The fight lasted for a couple of minutes which feels like a lifetime in animal photos.

"They both wanted to dominate the food source.

“I was so focused on getting the photos in the moment but I knew just how exciting they were.” 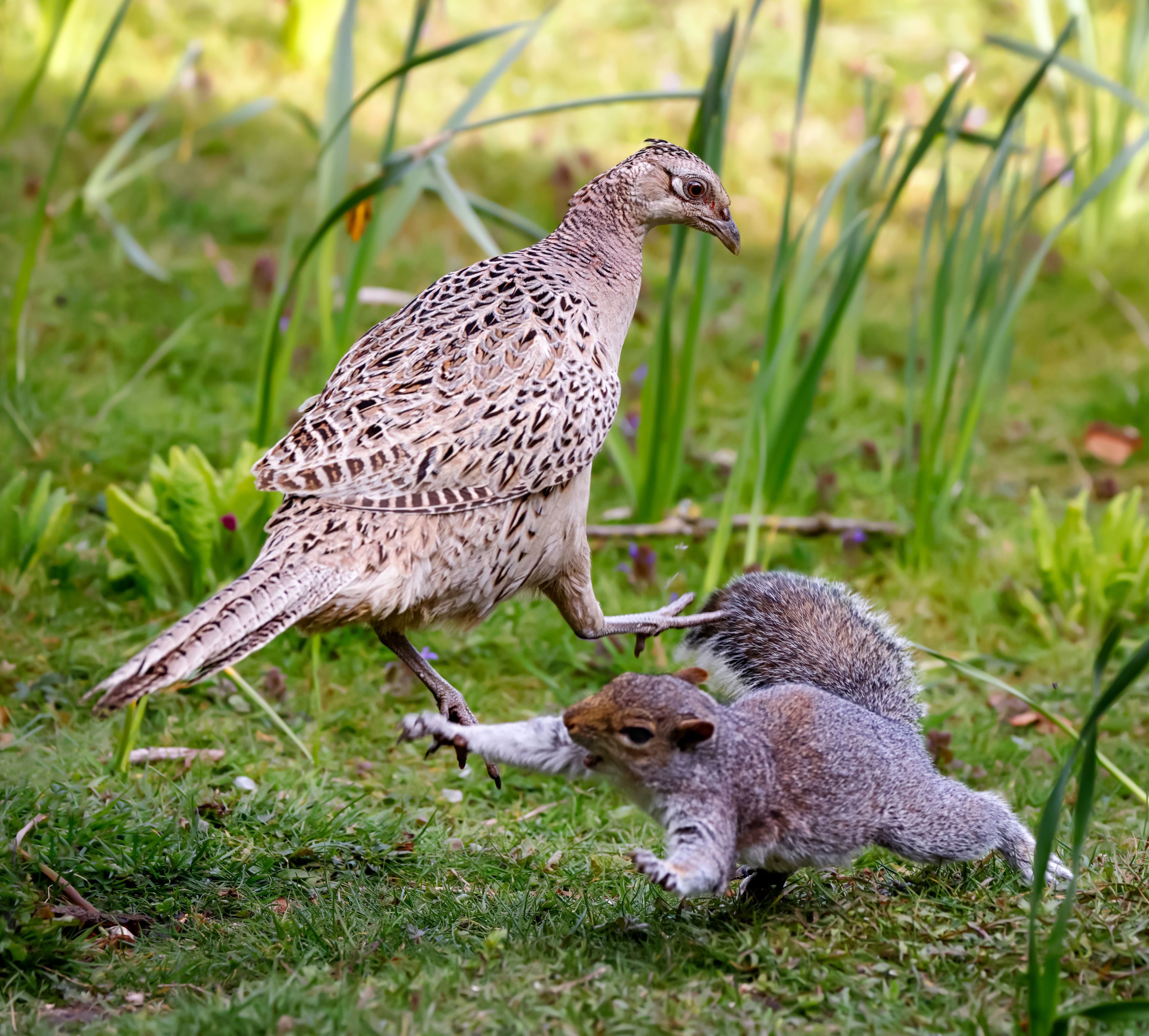 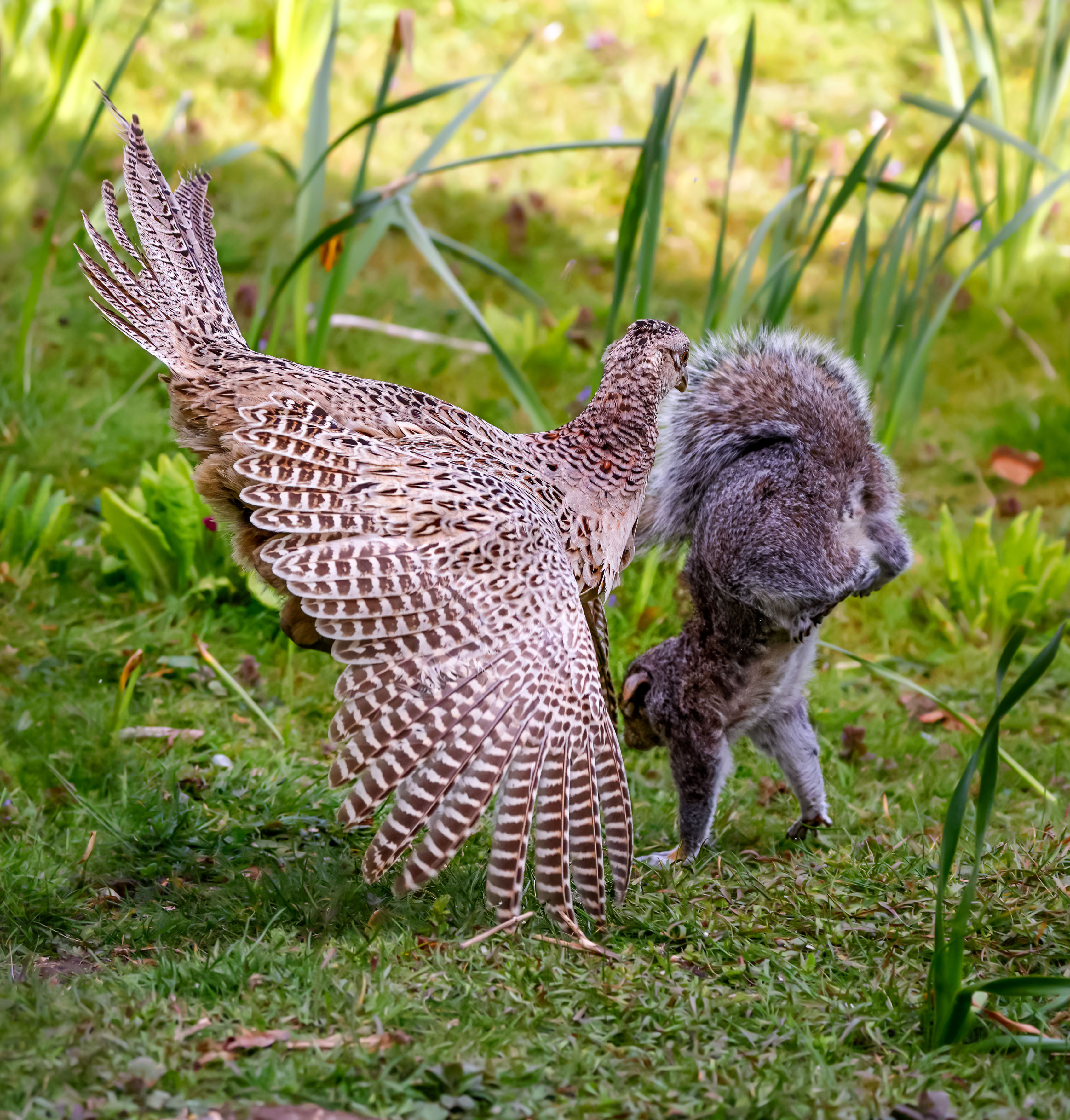 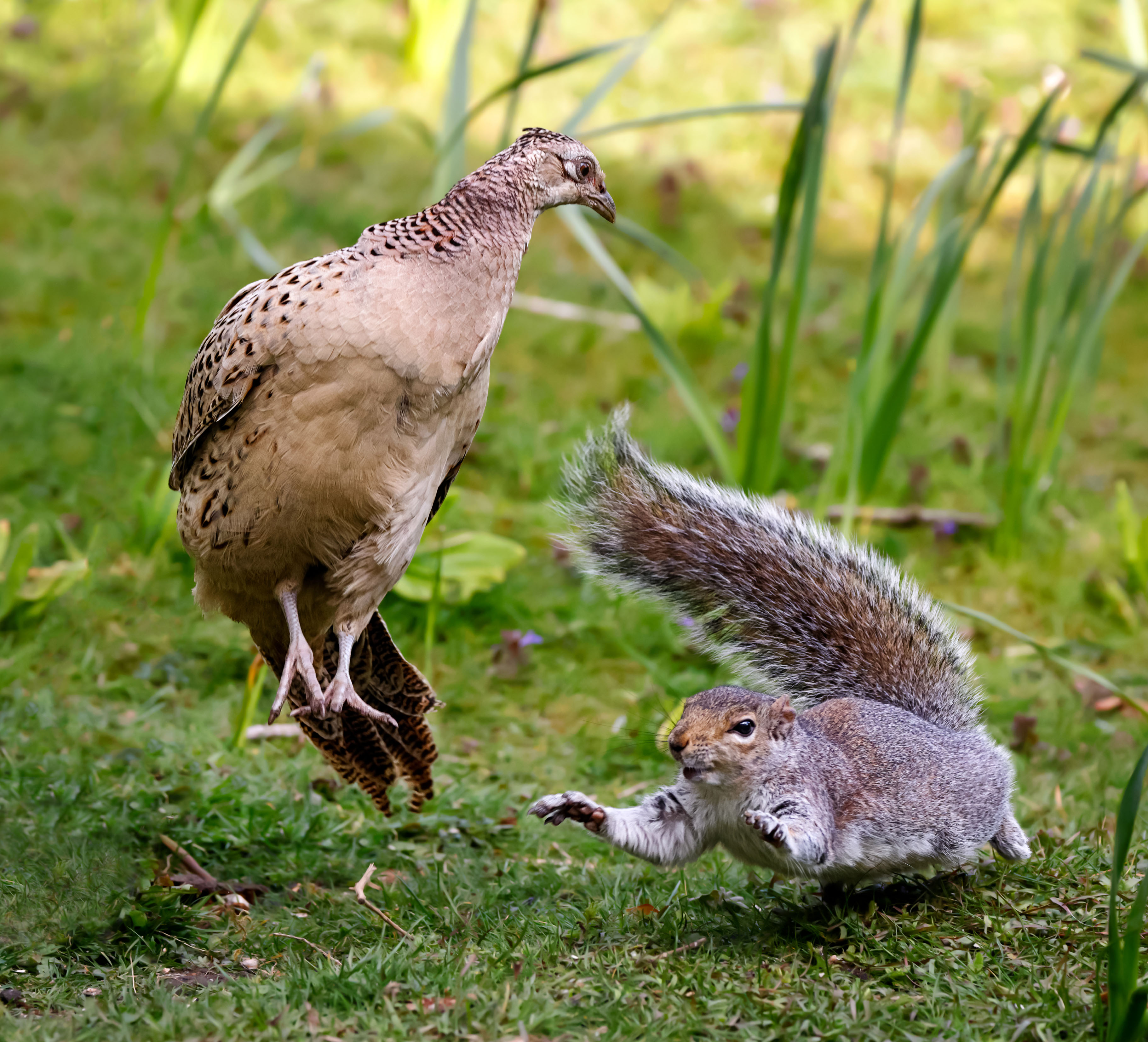 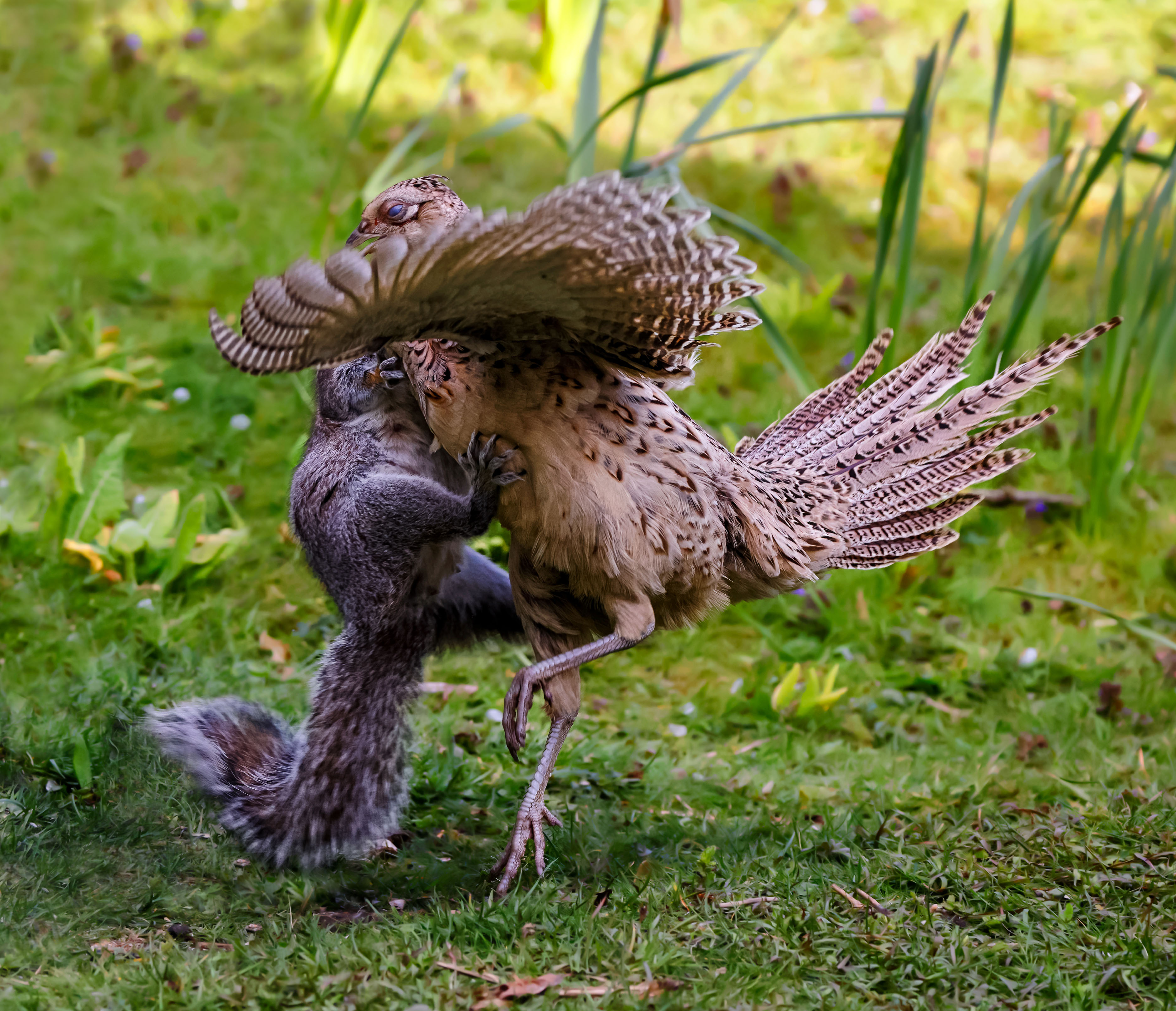