Communications between Miami-Dade first responders reveal the level-headed reaction as rescuers raced to the site of a collapsed high-rise apartment building in the coastal Florida community of Surfside.

A massive rescue effort is underway Friday morning in Surfside, Florida, in response to the partial building collapse that killed at least one and resulted in nearly 100 people being unaccounted for.

“The building is literally pancaked,” Surfside Mayor Charles Burkett said in an interview. “It has gone down, and I mean there’s just feet in between stories where there was 10 feet. That is heartbreaking because it doesn’t mean to me that we’re gonna be as successful as we would want to be to find people alive.”

The Miami-Dade Fire Rescue took to Twitter to post footage of rescuers working in the basement parking garage at the Champlain Towers. The crew is standing in knee-high water using a power drill to break through a wall. The ceiling appears to be folded in and is being supported by lifts, which underscored the risk that these rescue teams face while trying to find survivors.

“Firefighters continue working on locating possible victims, while dealing with heavy damage and changing conditions in the parking garage,” the tweet read. 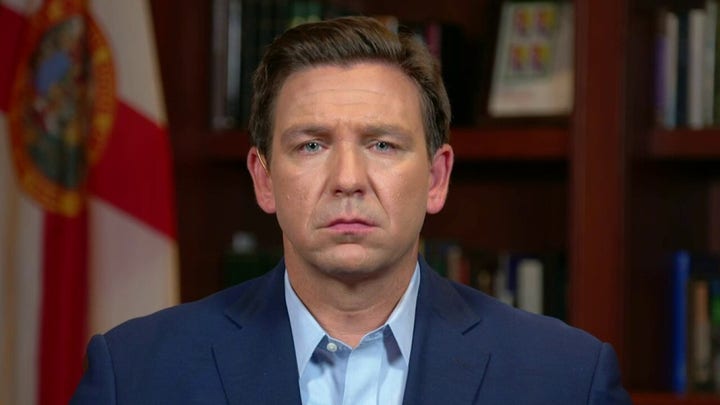 The weather outside was also not cooperating. There were storms in the area last night and reports of lightning. Local 10 reported that the scene was “dark, cloudy and windy. A fog of dust rose from the concrete.”

A spokeswoman from Miami Dade said structural engineers were on-site and monitoring the stability of the part of the building that is still standing. The report said teams of 10 to 12 were carrying out operations “underneath the rubble.” A small fire also broke out at the scene that was extinguished, reports said. 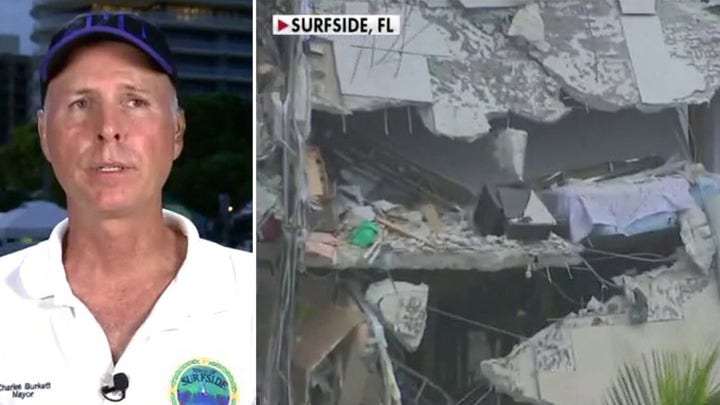 Maggie Castro, who is from the fire department, told WSVN.com that K-9s are being used to mark areas of interest. Rescuers are using camera and sound equipment. Officials said 37 people were rescued from the structure and two people from the rubble, NBC 6 reported.

Jimmy Patronis, the state’s fire marshal, told reporters that rescue crews will not stop “just because of nightfall. They just may have a different path they pursue.”

Patronis said he was deeply moved by the image of a bunk bed near the now-exposed top of the building.

“Somebody was probably sleeping in it,” he said. “There’s all those what-ifs.”

President Biden on Friday ordered federal assistance to support the massive response in South Florida after a 12-story building partially collapsed, killing at least one person and trapping others.