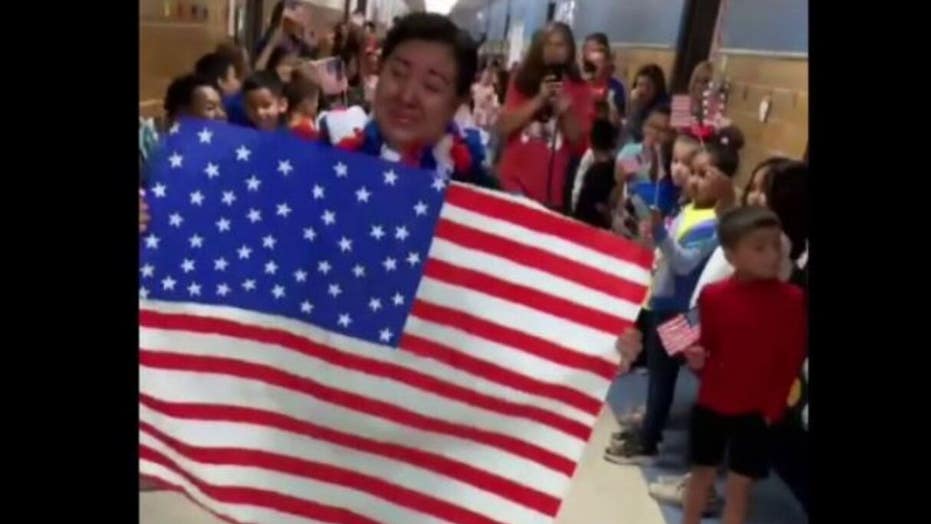 Maria Ponce came to America from Mexico 18 years ago and became a U.S. citizen on May 3, so the school that she works at celebrated her new citizenship this month

Students and teachers at an elementary school in Texas surprised a cafeteria worker who became a U.S. citizen earlier this month with a celebratory parade.

Maria Ponce originally came to America from Mexico 18 years ago and has been working at Oliver Elementary School in central Texas for the past five years. After years of trying, she finally became a naturalized U.S. citizen on May 3.

A heartwarming video shows students in the hallways with American flags congratulating Ponce as she walks through the school.

“What a big surprise,” Ponce told Fox News. “It was a special day.” 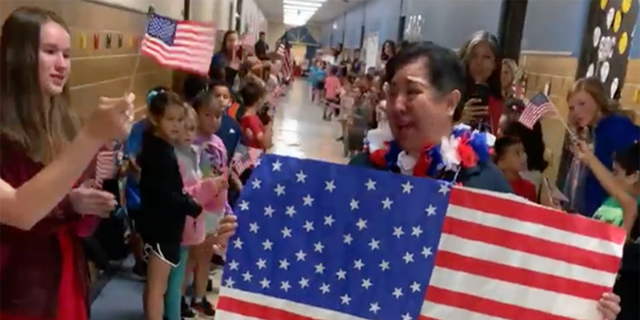 Students and teachers at an elementary school in Texas surprised a cafeteria worker who became a U.S. citizen earlier this month with a celebratory parade.
(Oliver Elementary School/Kyle Chambers)

Kyle Chambers, the principal at the school, said it was not only an incredible moment for Ponce, who has grown close to students and staff, but also a learning opportunity for the kids.

“I talked to the kids about the process someone would go through to become a citizen, how hard that was and the hard work that it took to get there, kind of how hard work makes our dreams come true,” Chambers told Fox News.

Ponce’s middle school-aged son went through Oliver Elementary and was able to be at the celebration with his sister and Ponce’s husband.

“I work in the elementary school with the little ones. They make me happy every day,” Ponce said. “I love my job.”