From delivering food parcels to community kitchens: The caring army who refused to be cowed by Covid are honoured by the Queen

At the height of the pandemic Amanda Guest, 58, and her brother John Brownhill, 54, sent fresh food parcels to overworked nurses and doctors.

They embarked on their mission after discovering that there was little food left in supermarkets for NHS staff after they came off their shifts.

The launched Food4Heroes in March last year and sent their first deliveries to Huddersfield Royal Infirmary. 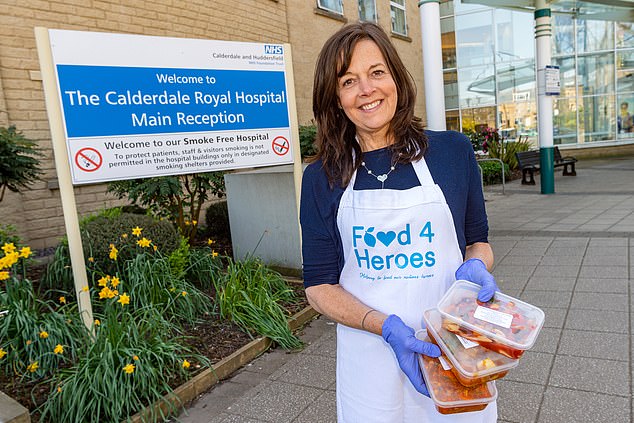 The project quickly expanded and has produced nearly 250,000 meals for more than 50 hospitals, ambulance stations and food banks.

Describing themselves as ‘delighted’, they said they could not have done it without the army of volunteers who helped them.

Mrs Guest added: ‘All the nurses and doctors and everybody involved were absolutely thrilled to bits.’

More than 100 free taxi rides a day for key workers

During the first lockdown taxi firm owner Rowhi Nemer, 63, used his fleet of 150 vehicles to offer free rides to more than 100 key workers a day.

He often waited outside surgeons’ homes in the early hours of the morning to drive them for serious operations. 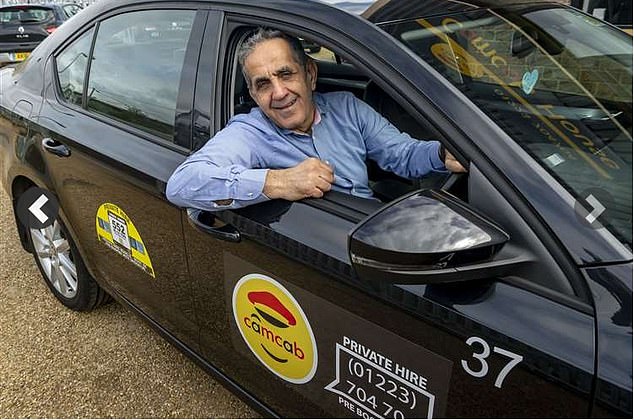 Rowhi Nemer, 63, used his fleet of 150 vehicles to offer free rides to more than 100 key workers a day

The owner of Cambridge firm CamCab, who has been made an MBE, later offered a free food and medicine delivery service to the vulnerable and those shielding, and remortgaged property to keep paying his staff their salaries.

Mr Nemer said: ‘We all have to work together to get through this and that’s why we’re happy to help in any way we can.’

The community kitchen founded by Daksha Varsani, 48, and her husband Paresh Jethwa, 60, has served more than 200,000 vegetarian Indian meals to NHS staff and vulnerable people in London since April last year.

Mrs Varsani, who has been honoured with a British Empire Medal, also oversaw the delivery of more than 85,000 care packages and food deliveries. 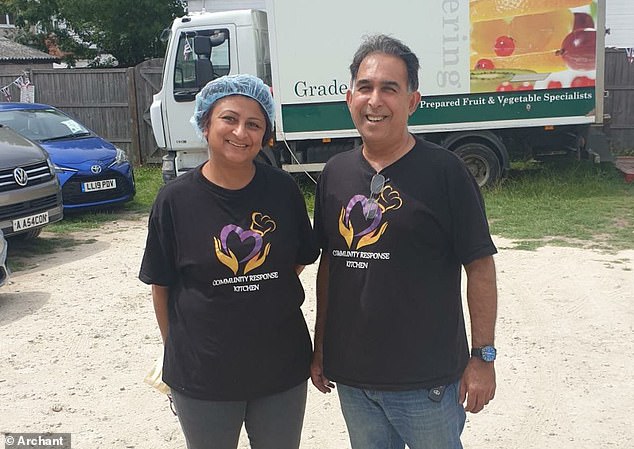 ‘Some of the nurses cried when they saw us – they were so grateful,’ said the former PA who worked for a head teacher before the pandemic.

Engineer who turned his skills to PPE

As the PPE shortage became apparent, Edward Chudleigh decided to use his engineering skills to make plastic face shields for NHS staff.

He bought 3D printers and laser cutters and within days created thousands of shields, established a logistics team and shipped them around the country.

Mr Chudleigh, 41, who was made an MBE, has created 81,200 face shields through his new firm Foldall in Bath, with a temporary production line in a church.

He said: ‘At the start we were producing a new model every 24 hours. We got feedback from Covid-19 wards and then improved the product during the night. The product is essentially made by robots and we can tweak how they cut it.’ 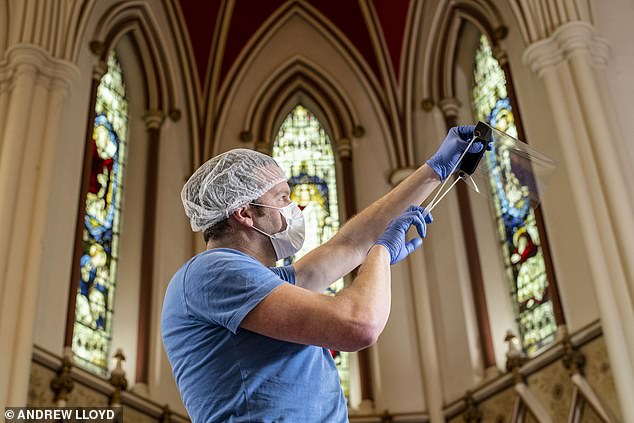 3.5million meals a week for the needy

Lindsay Boswell’s charity FareShare was established 27 years ago to redistribute food that might end up being dumped to the neediest.

When the first lockdown was announced, it stayed open and increased its output from just under a million to more than 3.5million meals a week.

Much of this food was surplus that resulted from the overnight closure of the restaurant, pub, hotel and catering trades. 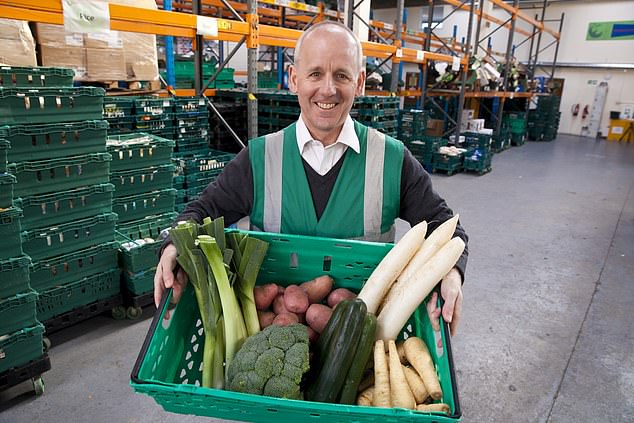 The charity is backed by footballer Marcus Rashford, who campaigned for a Government fund to feed needy children during school holidays.

Mr Boswell, 60, who was made a CBE, said: ‘We’re enormously grateful to Marcus for his unstinting support of FareShare.

‘A move to continue funding free school meals over the summer months will be a huge relief to struggling families across the UK, many of whom have faced unimaginable strain during this crisis.’

Bottling boss who churned out sanitiser

After learning about the acute shortage of hand sanitiser during the first wave, Rhys Mallows swiftly repurposed his bottling firm.

He stopped production of premium spirits and used alcohol from his suppliers to make 1.3million bottles of sanitiser at Mallows Bottling in Cowbridge, south Wales. 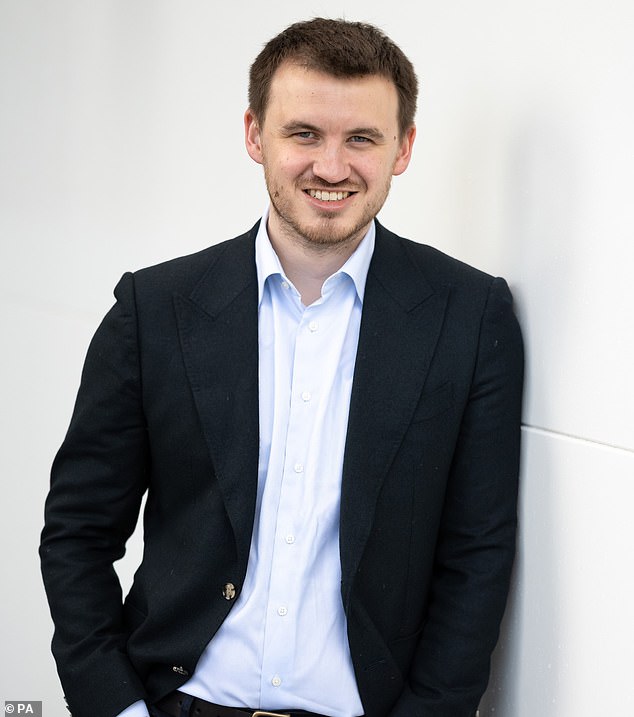 After learning about the acute shortage of hand sanitiser during the first wave, Rhys Mallows swiftly repurposed his bottling firm

The bottles were then sent to NHS trusts, care homes and schools, and are estimated to have sanitised 81million hands.

Mr Mallows, 25, who was awarded a British Empire Medal, said: ‘We saw the need in our direct community, in the local NHS trusts, in the old people’s homes, in schools.’

He added the achievement would have been impossible without his 29 employees ‘pulling together’.