Then, after burning through the sky to the International Space Station, he was treated to a truly out- of-this-world performance.

The 48-year-old today reveals how the band’s guitarist Brian May, who is also an astrophysicist, serenaded the crew as they orbited 248 miles above Earth. 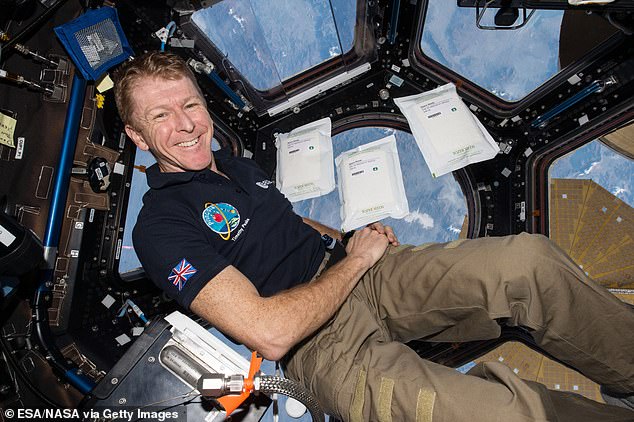 Major Peake, who blasted off in December 2015, told Desert Island Discs: ‘We are allowed to make a couple of calls from the Space Station to people we really want to speak to. One of those for me was Brian May. So I rang him up from the Space Station, we had a video call, me and my crew mates, and it was wonderful.

‘He had just been playing in concert. We took him on a tour of the Space Station and he played a little music for us live. So it was fantastic.’

The astronaut chose Don’t Stop Me Now as one of his castaway tracks. While he did not quite travel at the speed of light, as the song describes, the astronaut revealed how the crew prepare for the 18,000mph rocket journey to the base.

‘We are allowed to choose three tracks before we launch. They are actually played into the Soyuz capsule when you are sat there in the five minutes before launch. It’s designed to take your mind off what is about to happen.

‘I thought what could be better than listening to Don’t Stop Me Now just before you launch into space. It still makes the hairs stand up on the back of my neck every time I hear it.’ 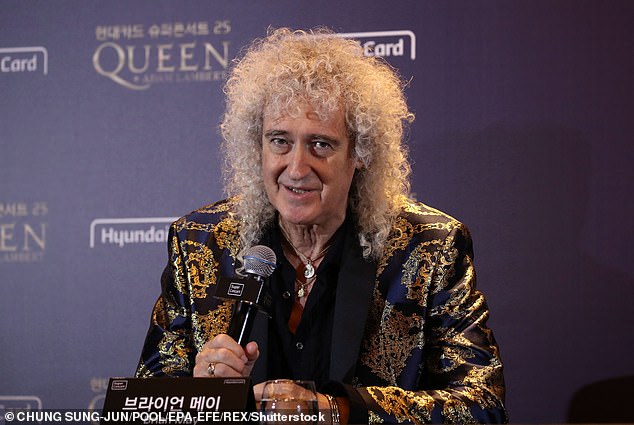 The 48-year-old today reveals how the band’s guitarist Brian May, who is also an astrophysicist, serenaded the crew as they orbited 248 miles above Earth

Major Peake, who trained as a helicopter pilot with the Army, wondered whether his six-month stint in space meant he was better able to cope with the deprivations of lockdown.

He also revealed how, before the trip to space, the crew spent a week living in a cave and 12 days underwater to deal with both confinement and isolation. He said: ‘I have thought about it an awful lot.

‘Everybody has been launched into a year of various lockdowns with no preparation, no training, no guidance or advice as to what you can do to make your life easier.

‘We stick to structure and routine on a space station to help us to make sure everybody knows what to do, when to do it, to manage expectations, to avoid conflict.’

Major Peake served with the military in Northern Ireland, Kenya and Bosnia, and met his wife Rebecca while stationed in Germany.

Recalling a secondment with the US military and how he might have to fly attack missions in Afghanistan, he says: ‘You make that decision very early in your military career really that you are there to defend what you believe are the principles of democracy, to keep people safe, your loved ones safe and also our nation safe.’

lDesert Island Discs is on BBC Radio 4 today at 11am and is repeated on Friday at 9am.