Tory MP Jamie Wallis was 'in shock' when man spat on him, court hears

Tory MP Jamie Wallis was left ‘in shock’ when man spat on him for refusing to give him a cigarette, court hears

Conservative MP Jamie Wallis was left ‘in shock’ after a man spat on him for refusing to give him a cigarette, a court has heard.

Kenny Defelice, 44, was handed a 12-month community order at Westminster Magistrates’ Court on Friday after admitting assaulting the Bridgend MP, 38, at London Paddington station on the morning of September 24 last year.

Prosecutor David Roberts said the Tory politician was left ‘in shock’ when the spit landed on his chest and chin, but he did not want to make a victim impact statement.

Mr Wallis said the situation escalated into ‘an interaction that became heated’ and that his attacker ‘became angry’ when the MP refused to give him a cigarette while he was on the phone to his daughter. 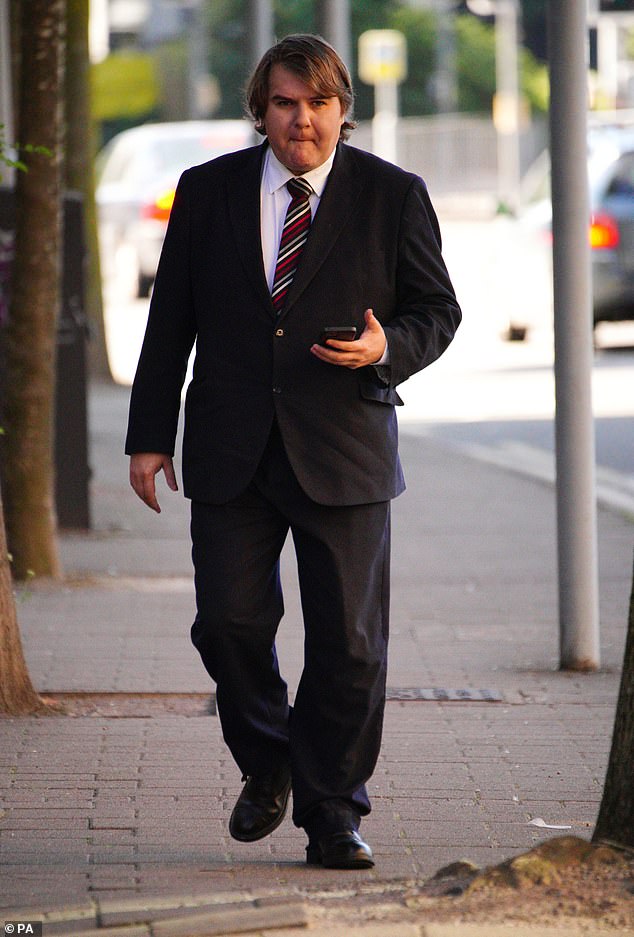 Conservative MP Jamie Wallis was left ‘in shock’ after a man spat on him for refusing to give him a cigarette, a court has heard. Pictured, the MP in November 2021

The court heard that after spitting on the MP, Defelice was held by police officers, who he tried to headbutt, while claiming he had Covid-19.

Sentencing him, District Judge Louisa Cieciora said Mr Wallis’ ‘status’ as an MP played no part in the attack.

‘This was an absolutely appalling offence. You spat on somebody because they wouldn’t give you a cigarette in what you considered to be a timely manner,’ she said.

‘You did spit at him, that is the nature of the assault. I find you did that because it is one of the most disgusting things people can do and you knew that.

‘You did it to try to denigrate him, possibly humiliate him.’

Defelice, from Harlesden, north-west London, was given a 12-month community order, including a 20-day rehabilitation requirement, during which he cannot enter Paddington station, and must pay Mr Wallis £200 in compensation.

Charles Austin-Groome, defending, said his client, an alcoholic and drug addict, had just been released from hospital at the time of the assault, which he described as ‘a fairly brief incident, albeit a disgraceful one, one that Mr Defelice bitterly regrets’.