DONALD Trump has repeated claims that last year's presidential election was "fraudulent" and branded the 2020 vote as "the big lie".

His latest attack comes days after the Republican appeared to tell a cheering crowd in Mar-a-Lago that Arizona will be the first state to fall in the "rigged" election. 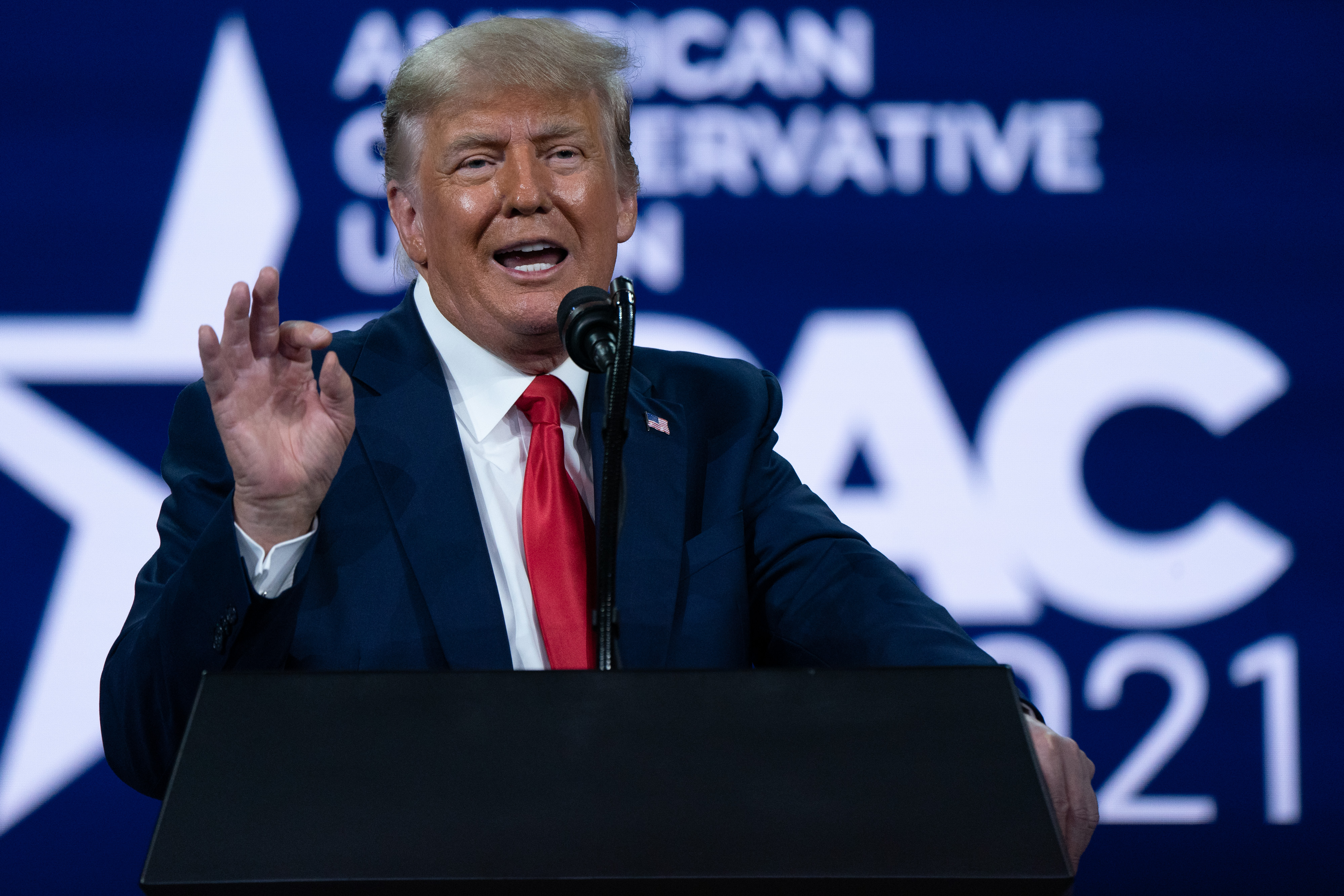 A statement published by Trump's office states: "The Fraudulent Presidential Election of 2020 will be, from this day forth, known as THE BIG LIE!"

She tweeted: "The 2020 presidential election was not stolen. Anyone who claims it was is spreading THE BIG LIE, turning their back on the rule of law and poisoning our democratic system."

The former president has vowed to endorse any Republican candidate who stands against Cheney ahead of the November 2022 midterms.

Cheney was one of ten GOP representatives that voted for Trump's impeachment in January.

Geoff Duncan, Lt. Governor of Georgia, tweeted: "Well said @Liz_Cheney and thanks for not backing down! We need more Republican leaders like you willing to speak the truth about THE BIG LIE so we can move back into the White House in 2024." 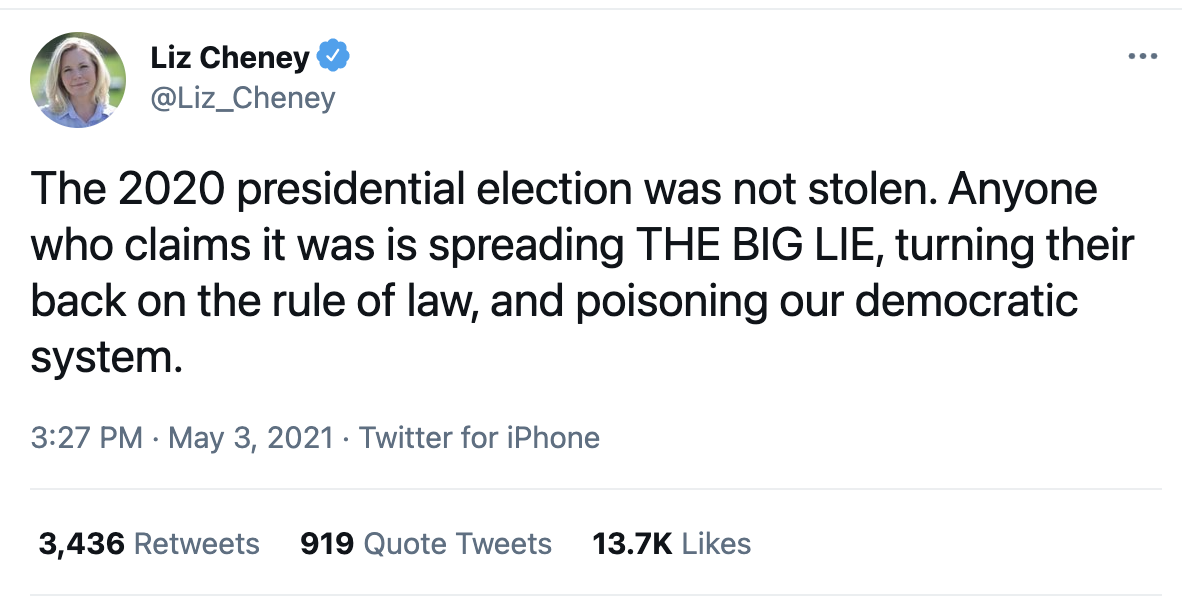 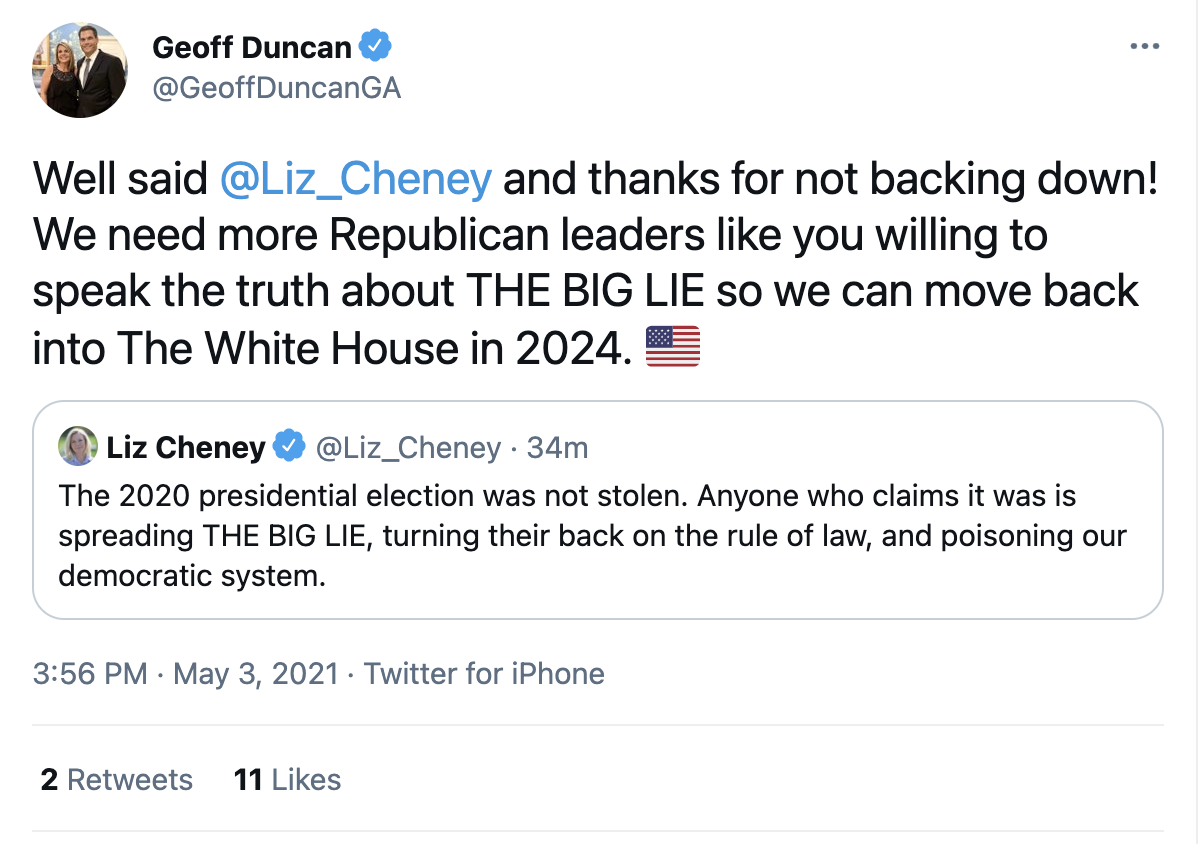 Trump's latest attack on the validity of the 2020 election comes days after he claimed Arizona would be the "first state to fall" to undo the "rigged" election.

Joe Biden defeated Trump in the state's most populous county by more than 45,000 votes.

"After that, you'll watch Pennsylvania, you'll watch Georgia," Trump continued in his tirade. "And you're going to watch Michigan and Wisconsin."

"This was a rigged election. Everybody knows it," he added.

The former president continued to repeat his allegations that he only lost the 2020 presidential election to Biden because of widespread election fraud.

No concrete proof of election fraud was ever made public. 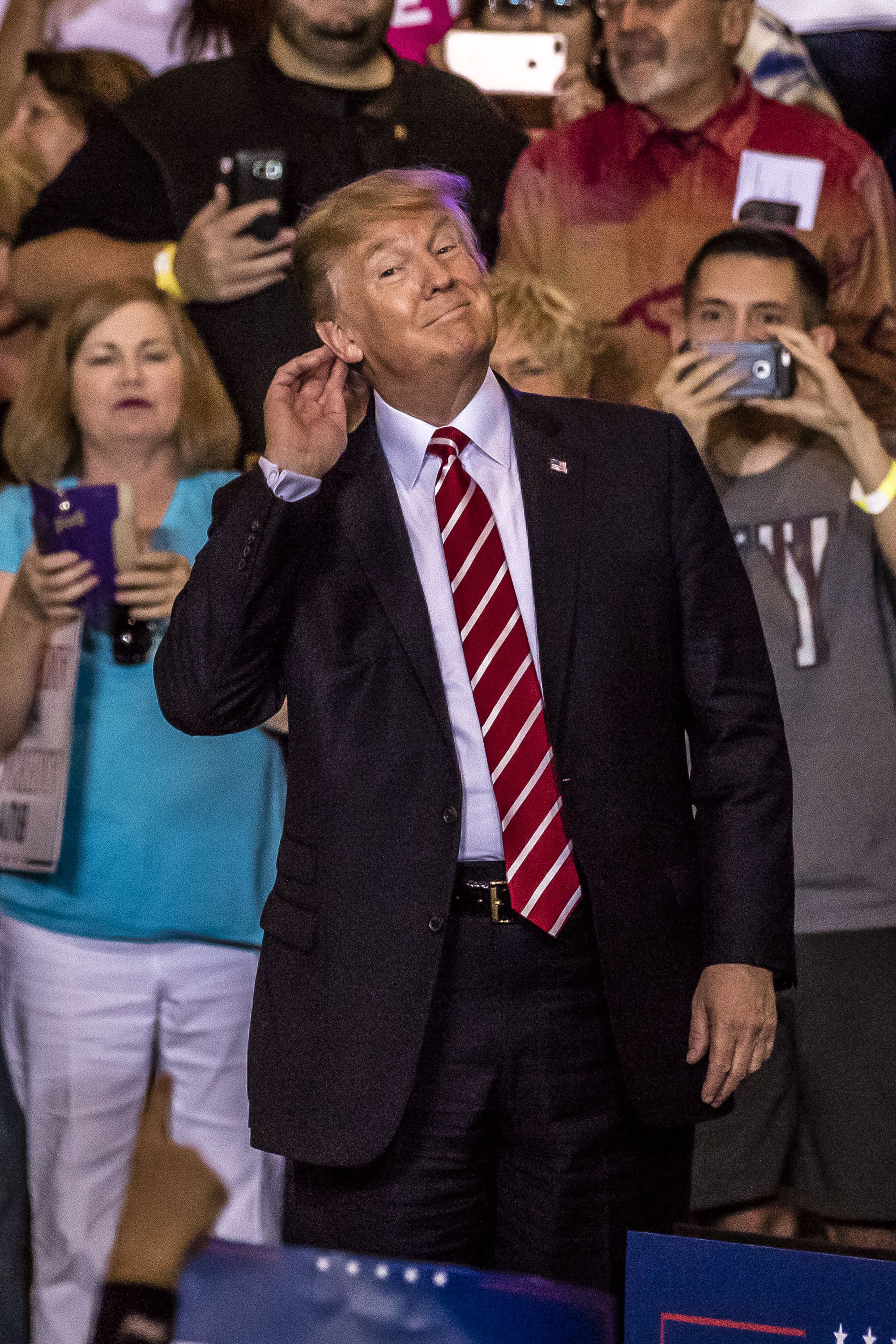 The continued probes into election fraud have been branded as "ludicrous" by Cindy McCain, widow of the late Arizona Senator John McCain.

She criticized the recount in Arizona for coming six months after both the presidential and Senate races were won by the Democrats and said the Arizona Republican Party was "crazy".

She told CNN yesterday: "Biden won. I know many of them don't like the outcome. But, you know, elections have consequences."

Ballots in Arizona are currently being recounted by a private company hired by the Republican-led Senate in the state in an unprecedented audit of the November election results.

The hand recount began last Friday and is scheduled to be finished by May 14.

Former Arizona Rep Anthony Kern was seen taking part in the recount in Maricopa County, according to Newsweek.

Kern was present at the January 6 riots at the US Capitol building and was an advocate for the "Stop the Steal" movement by Trump supporters.

Kern lost his House seat in the 2020 election, but the Arizona recount only applies to the presidential and the Senate races.

Trump moved to Mar-a-Lago after leaving the White House in January.

The former president has reportedly set up an office and has been working out of the Florida resort since.