Organizers said that 200 people took to the water to mark Trump's birthday in boats covered in MAGA and Blue Lives Matter flags. 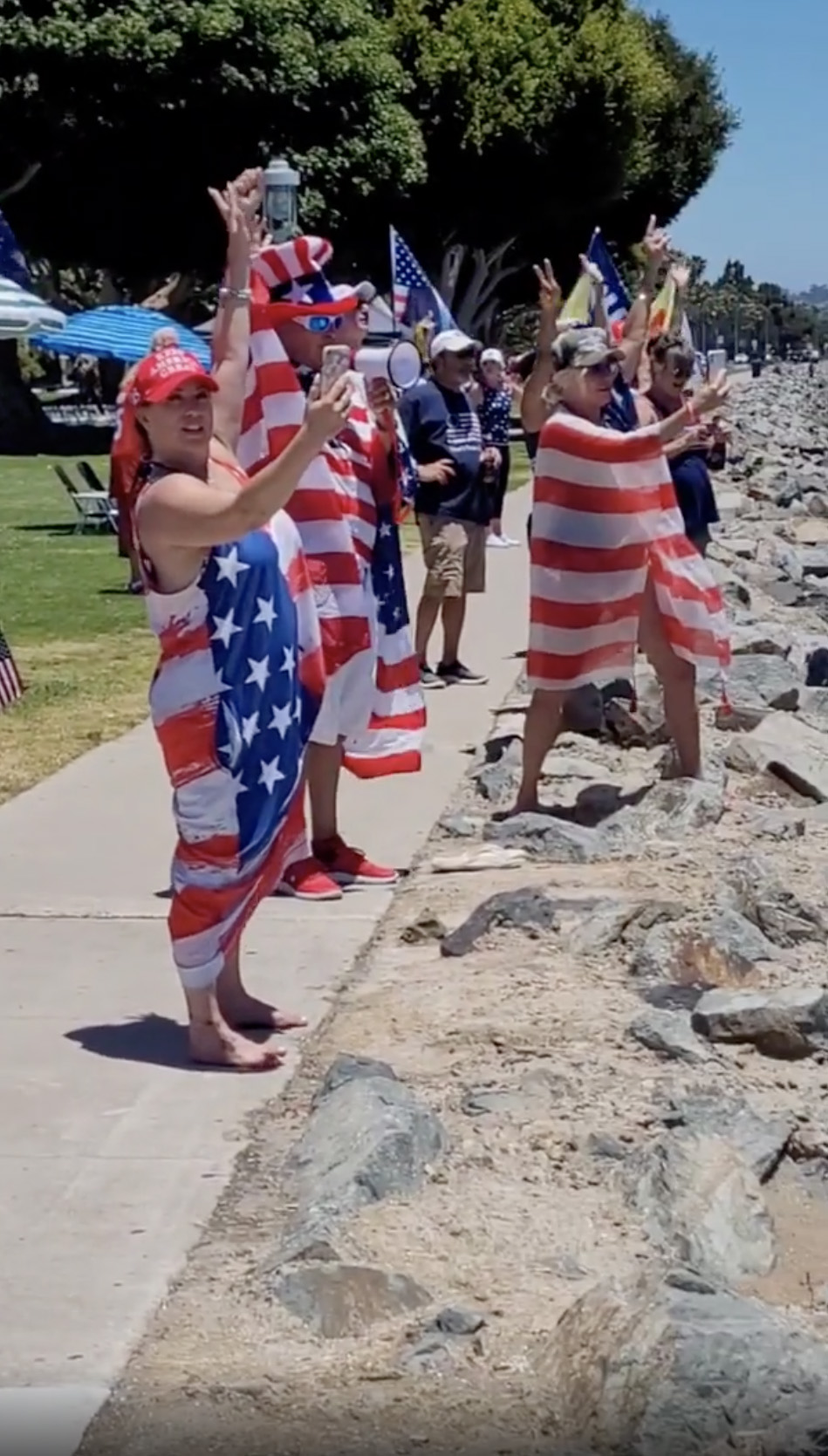 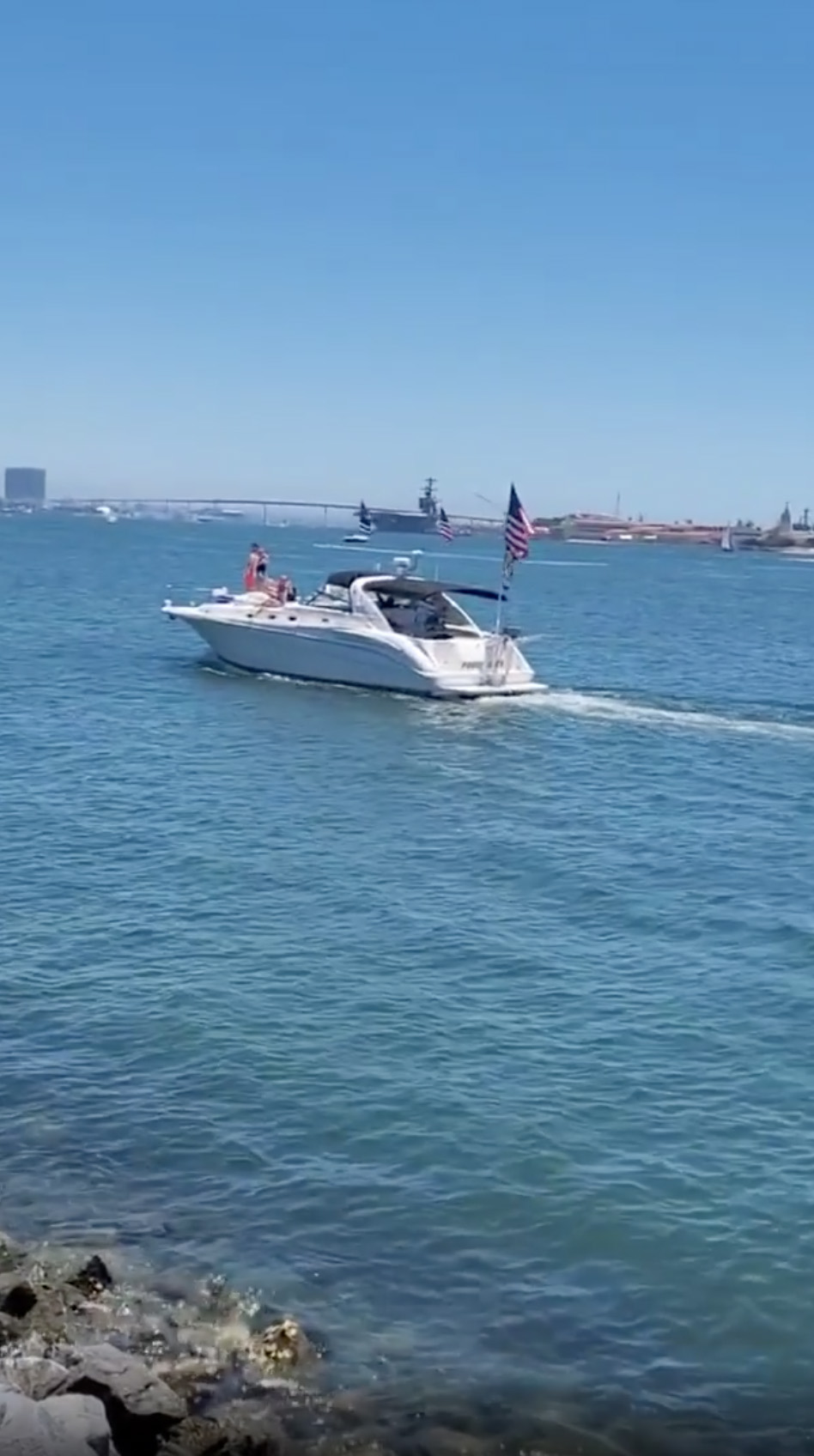 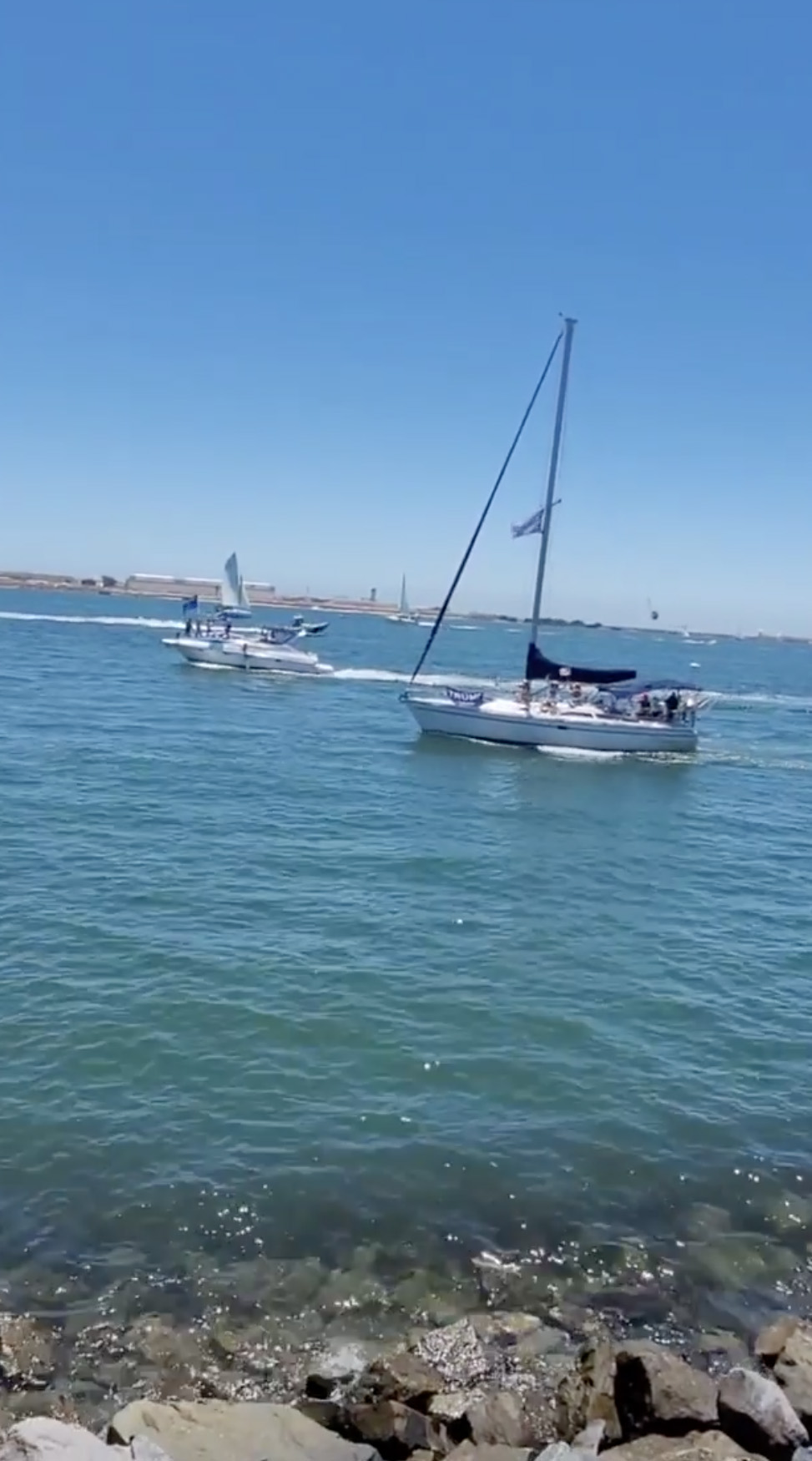 A lead super yacht offered supporters an open bar and music over the four-hour cruise before fans sang happy birthday to Trump as they disembarked.

"We all know tomorrow is flag day but it is also Donald Trump’s birthday," organizer Erroll Webber told the crowd.

"Donald Trump, thank you very much for everything you do for the American people," he added as the group broke into chants of "We love Trump" and "USA." 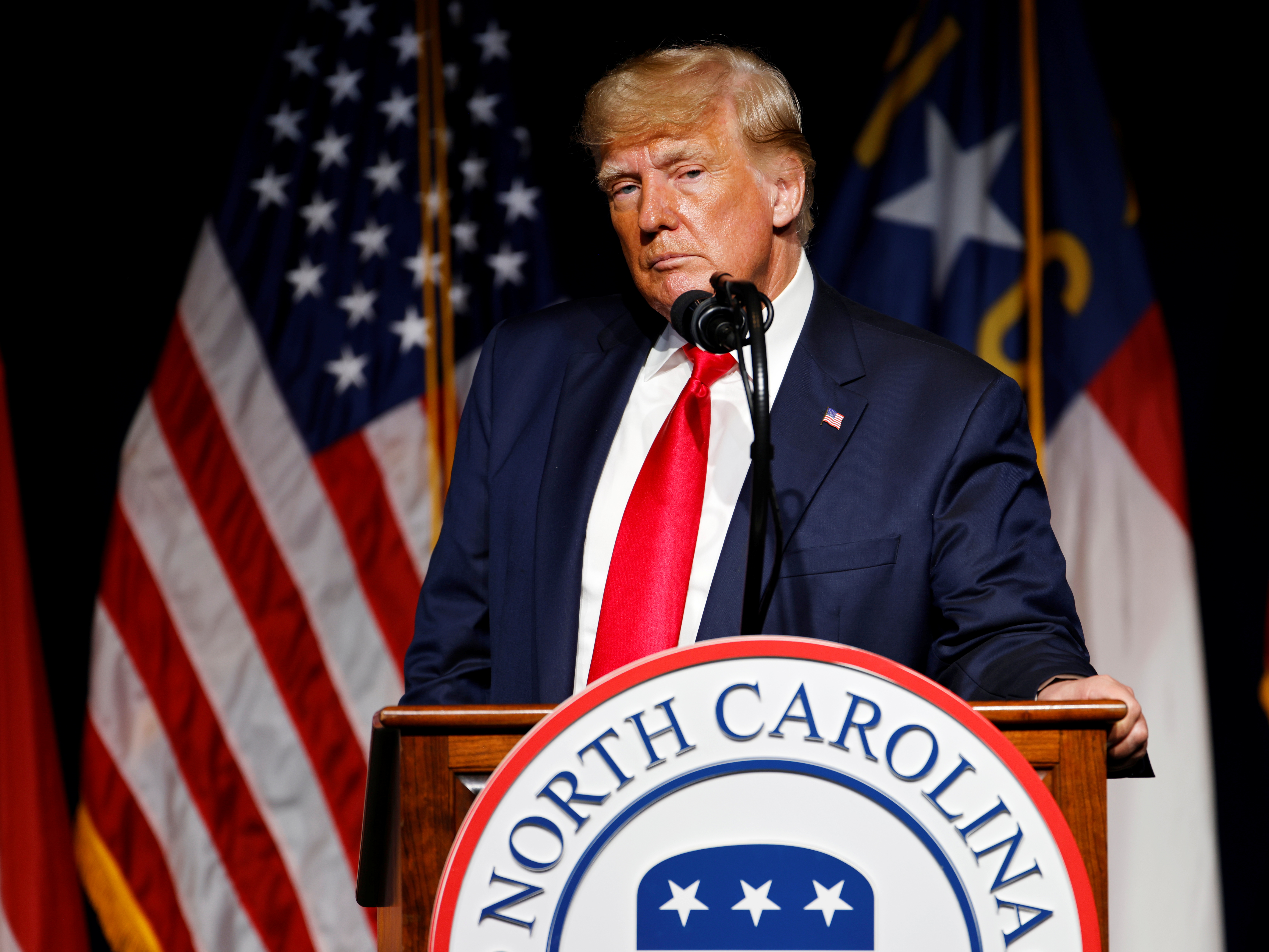 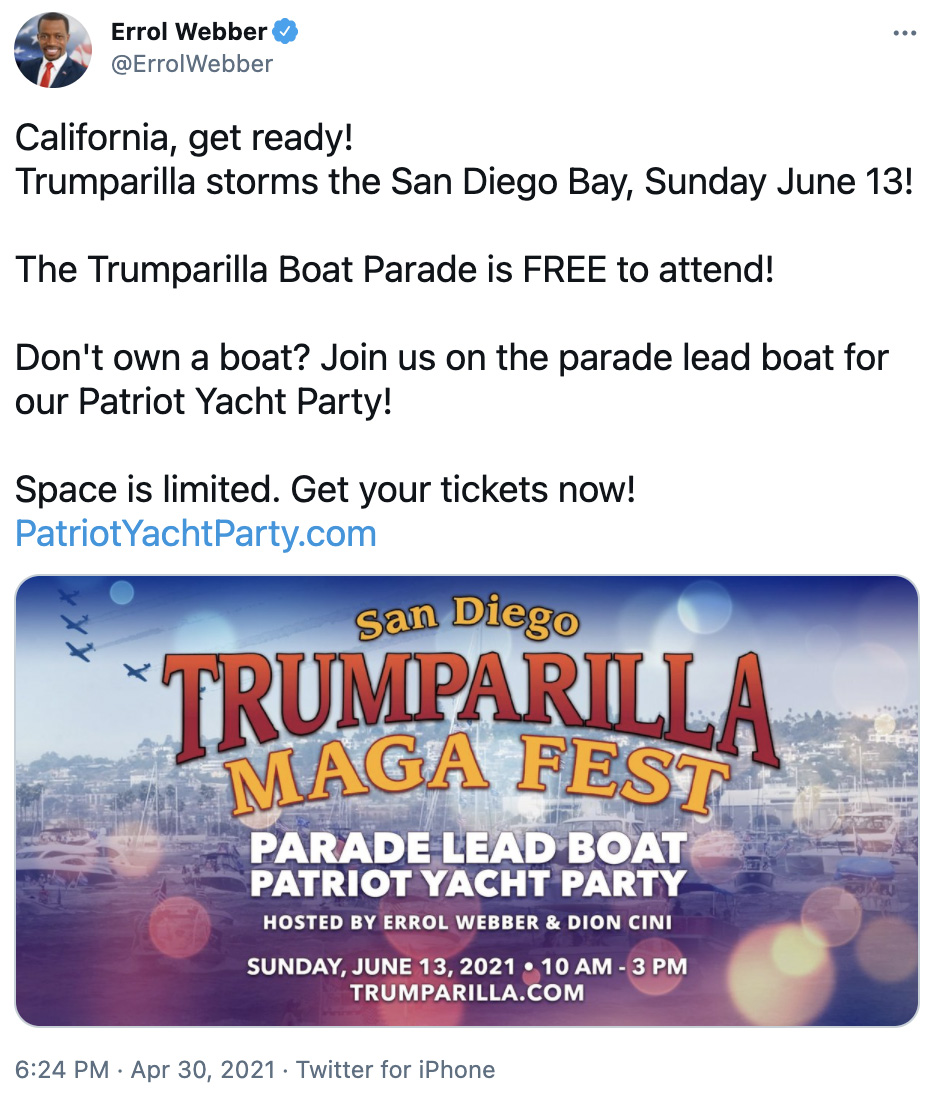 The parents of Ashli Babbitt, the Trump supporter who was fatally shot by a cop as she stormed the US Capitol with a mob of MAGA loyalists on January 6, were reportedly among the attendees.

They distrubuted flyers claiming that Babbitt was murdered by the Capitol officer and calling for justice.

Last week they sued for the records of the officer who shot her.

The Department of Justice announced it would not pursue criminal charges against the officer, who has not been named by officials.

The birthday celebration was smaller than previous Trump boat parties in California where hundreds have attended.

It was also smaller than a Trump Memorial Day parade in Florida last month.

Trump followers including staunch ally Roger Stone were pictured sailing in Jupiter as part of a gathering to honor America's fallen soldiers. 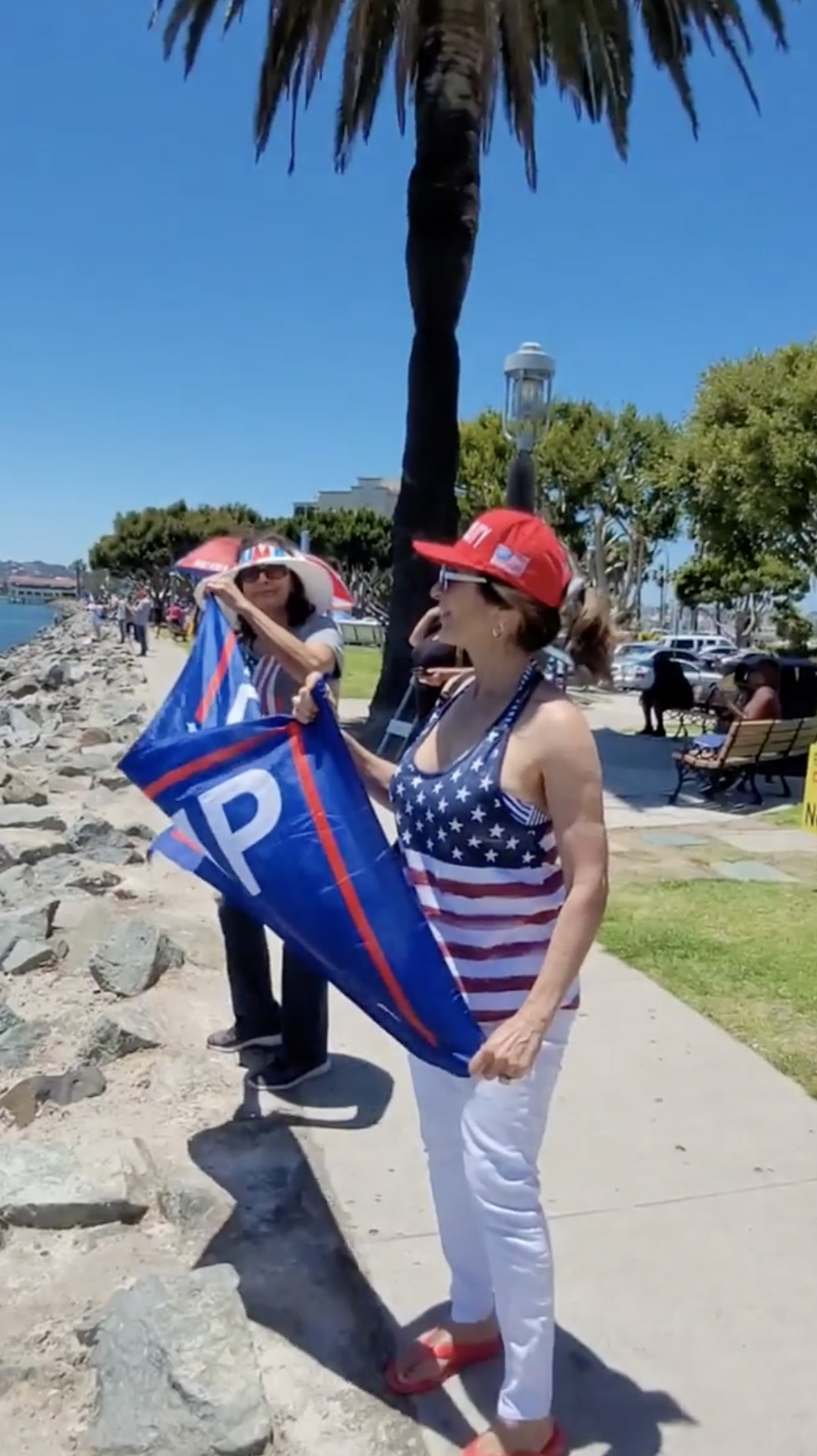 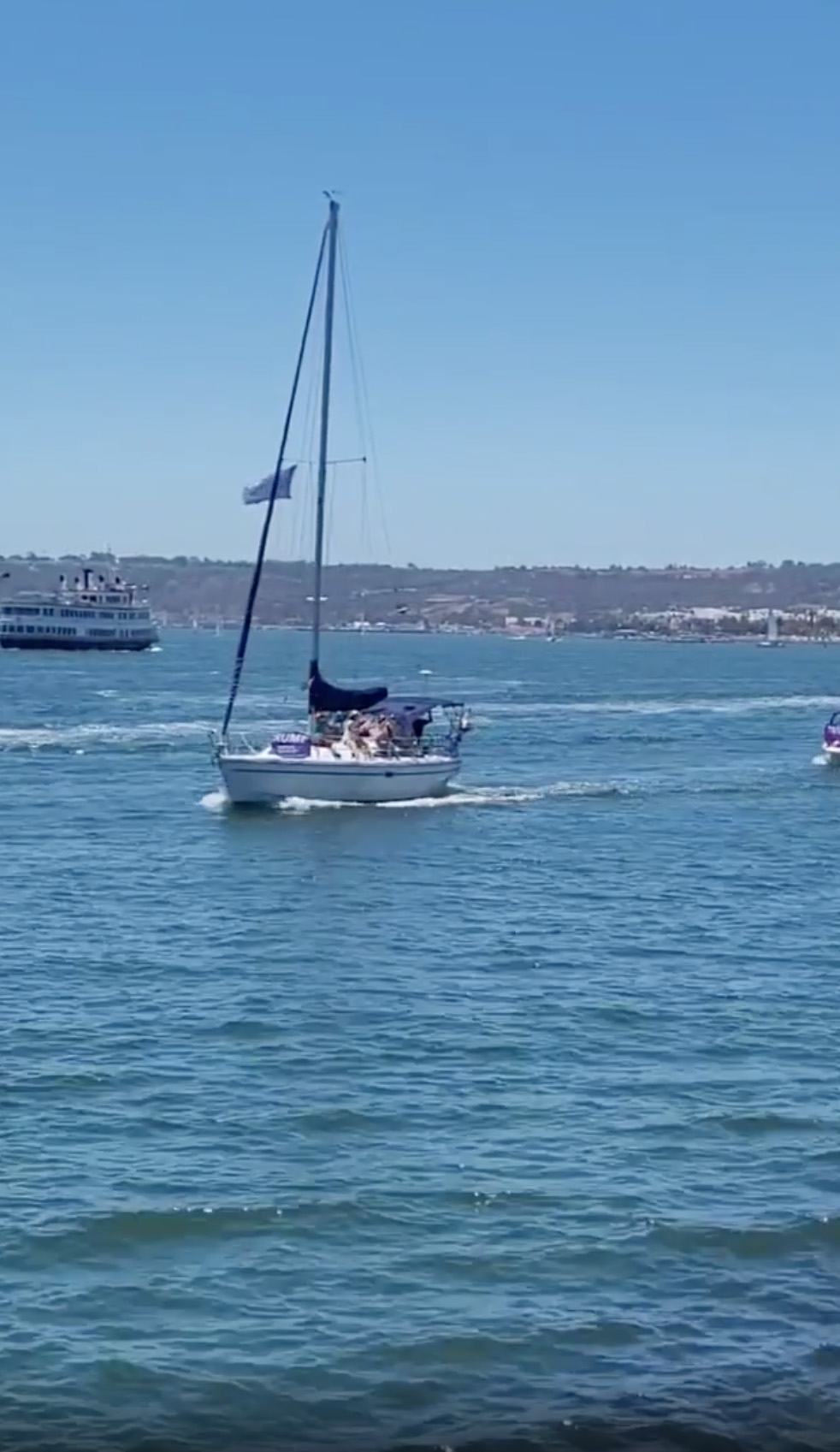 Donald Trump Jr. shared a birthday message for his dad on Twitter on Monday but was mocked as the elder Trump has been banned from the platform and can't see it.

"You know he can't see this right," The Daily Show replied.

Congressman Madison Cawthorn was also among those sharing birthday wishes to the former president.

"Happy Birthday to President Trump!" he wrote in a tweet alongside a photo of the two of them shaking hands.

Trump's PAC Save America urged his fans to "surprise" the former president with donations on his birthday.

The original Trumparilla was founded in Tampa by Cliff Gephart and Dion Cini. 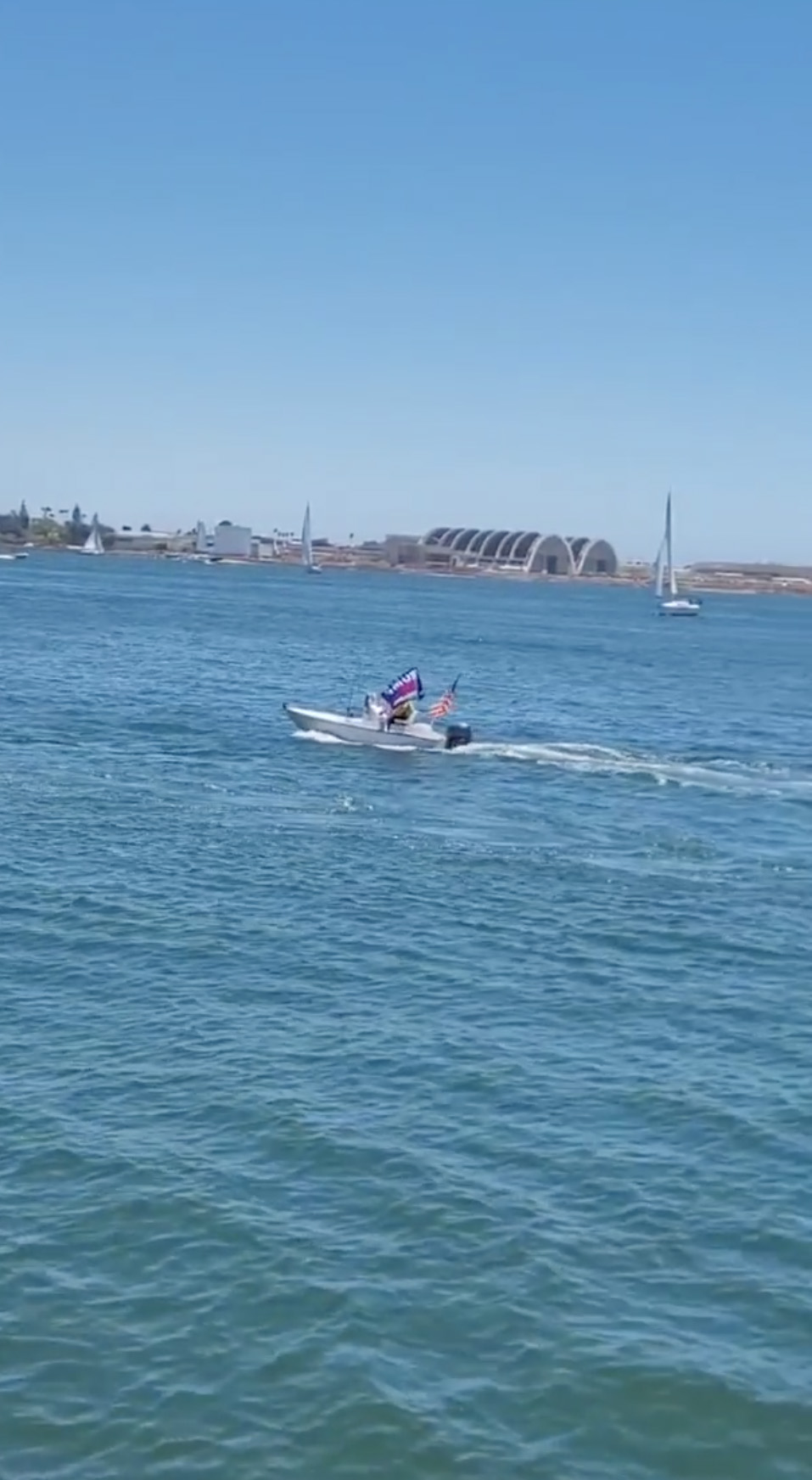 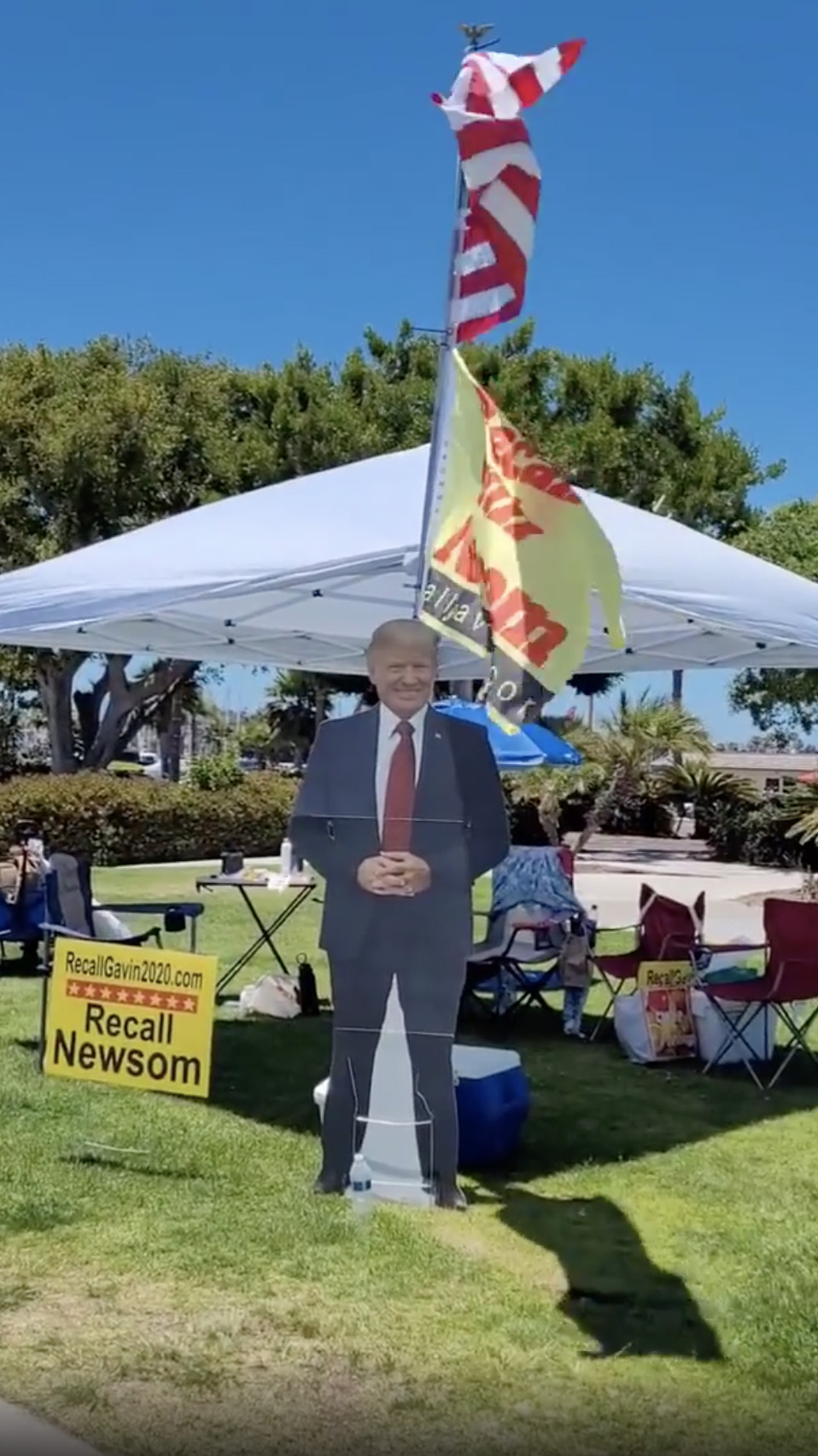 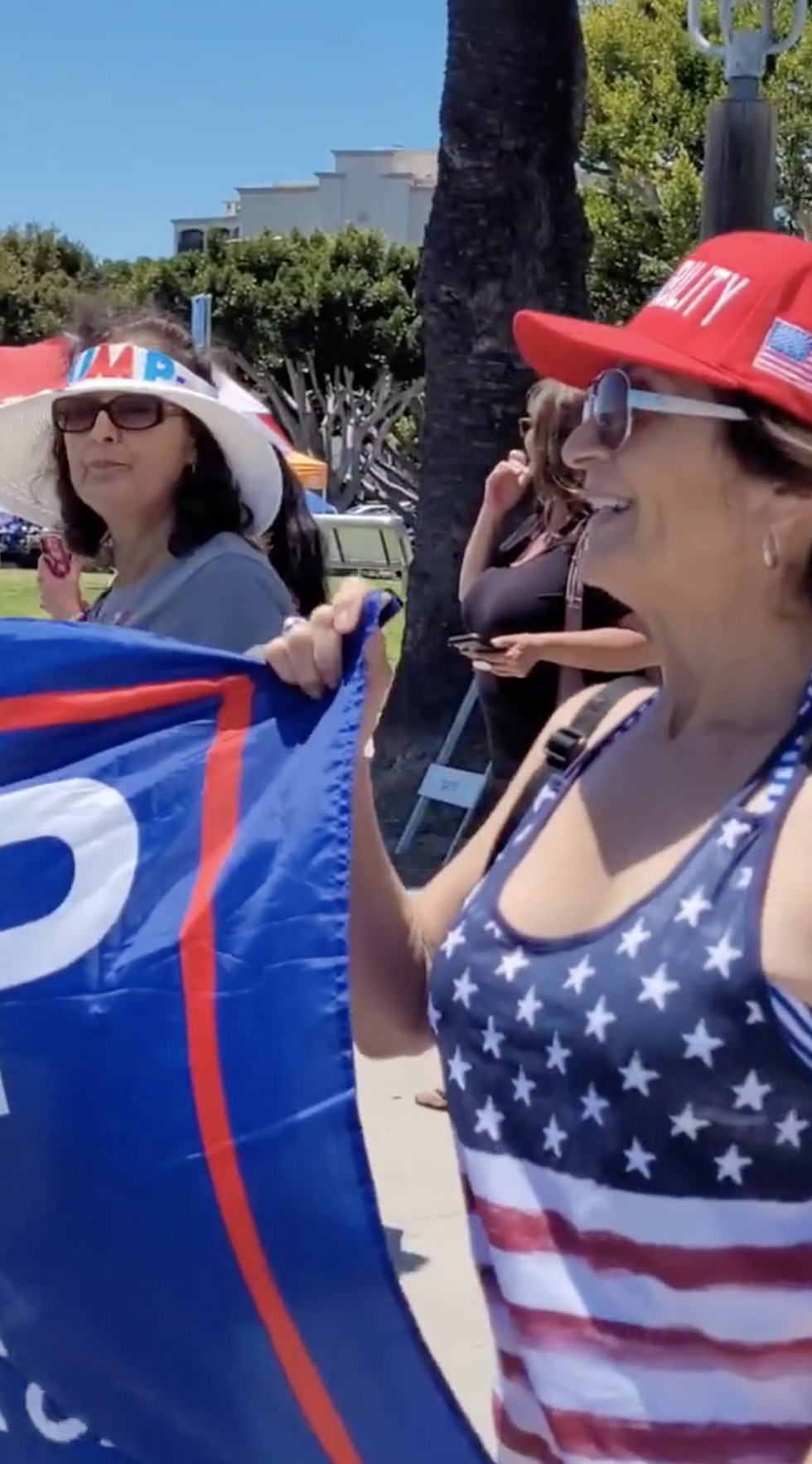 "We believe that 'cancel culture' only exists to the weak and cowering, not to the real Patriots," its website says.

Trump had been the oldest president to take office before Joe Biden replaced him.

On Lake Travis, Trump supporters reported "many boats in distress" during a parade in his honor.

Cops said at least four boats sank on the parade route, which passed through several popular spots on the Austin area lake – notorious for being tough to navigate.