TWO kids were seriously injured in a horror road crash on the A9 between a car and a school bus.

Officers raced to the scene at around 4.45pm last night just south of Inverness. 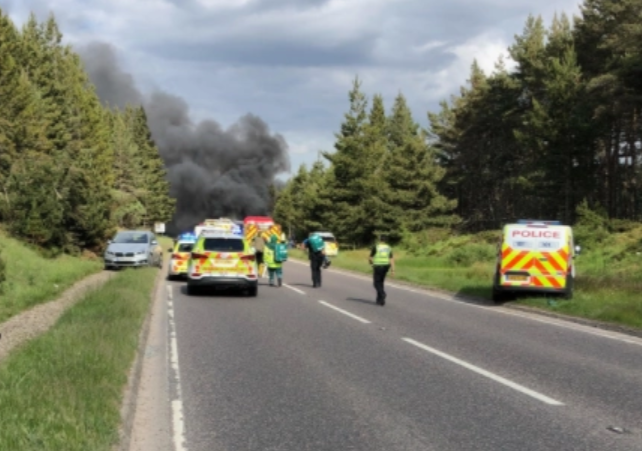 The smash involved a bus carrying 39 people and a silver Skoda Octavia car which was driven by a 45-year-old woman with two kids as passengers – aged 9 and 7.

Emergency crews attended the scene and the driver of the car was taken to Aberdeen Royal Infirmary with serious injuries. 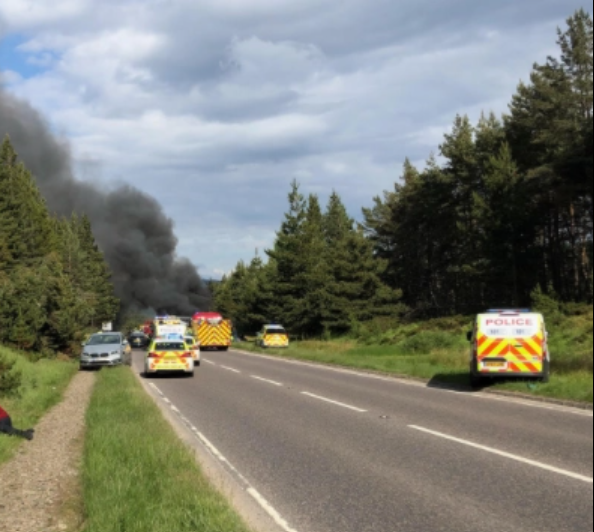 The two kids in the car and a 48-year-old man, the co-driver of the bus, were taken to Raigmore Hospital with serious injuries.

The 64-year-old driver of the bus, all 36 secondary school pupils and their teacher were not seriously injured and didn’t need medical treatment.

The northbound and southbound carriageway of the A9 were closed for some time as investigations surrounding the crash were taking place.

Cops are now appealing for anyone with any information to contact police.

Inspector Greg Dinnie of the Road Policing Unit said: “This was a serious crash involving four adults and thirty-eight children who were on the bus and in a Skoda Octavia.

“Our enquiries into the cause of the collision are continuing and I would urge anyone who saw what happened, and has not yet spoken to officers, to come forward.

“I would also ask motorists who were using the A9 at around 4-45pm and may have been recording via dash-cam devices to check their systems and provide any relevant footage to us as soon as possible.

“The road was closed for approximately 10 hours to allow our crash investigations to be undertaken. I would like to thank the public for their patience whilst this was being carried out."