Two Pakistani girls, 16 and 18, ‘shot dead by own family in brutal honour killing’ after kissing man in online video – The Sun

TWO teenage girls have been shot dead allegedly by their own family in a brutal 'honour killing' in Pakistan after a video showing the girls kissing a man circulated online.

The cousins, aged just 16 and 18, are said to have been murdered by their father and brother in a remote village in Pakistan's North Waziristan province bordering Afghanistan. 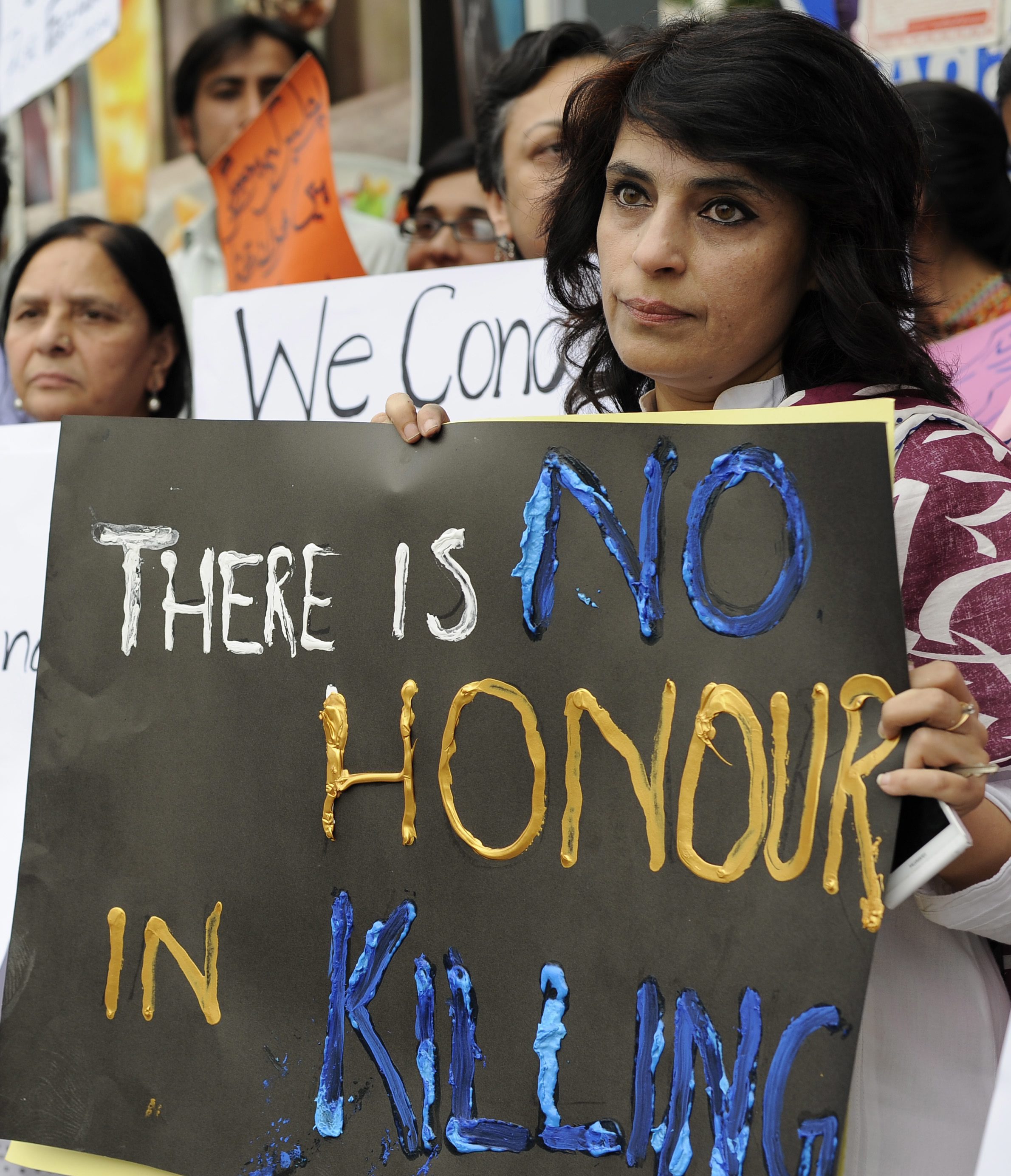 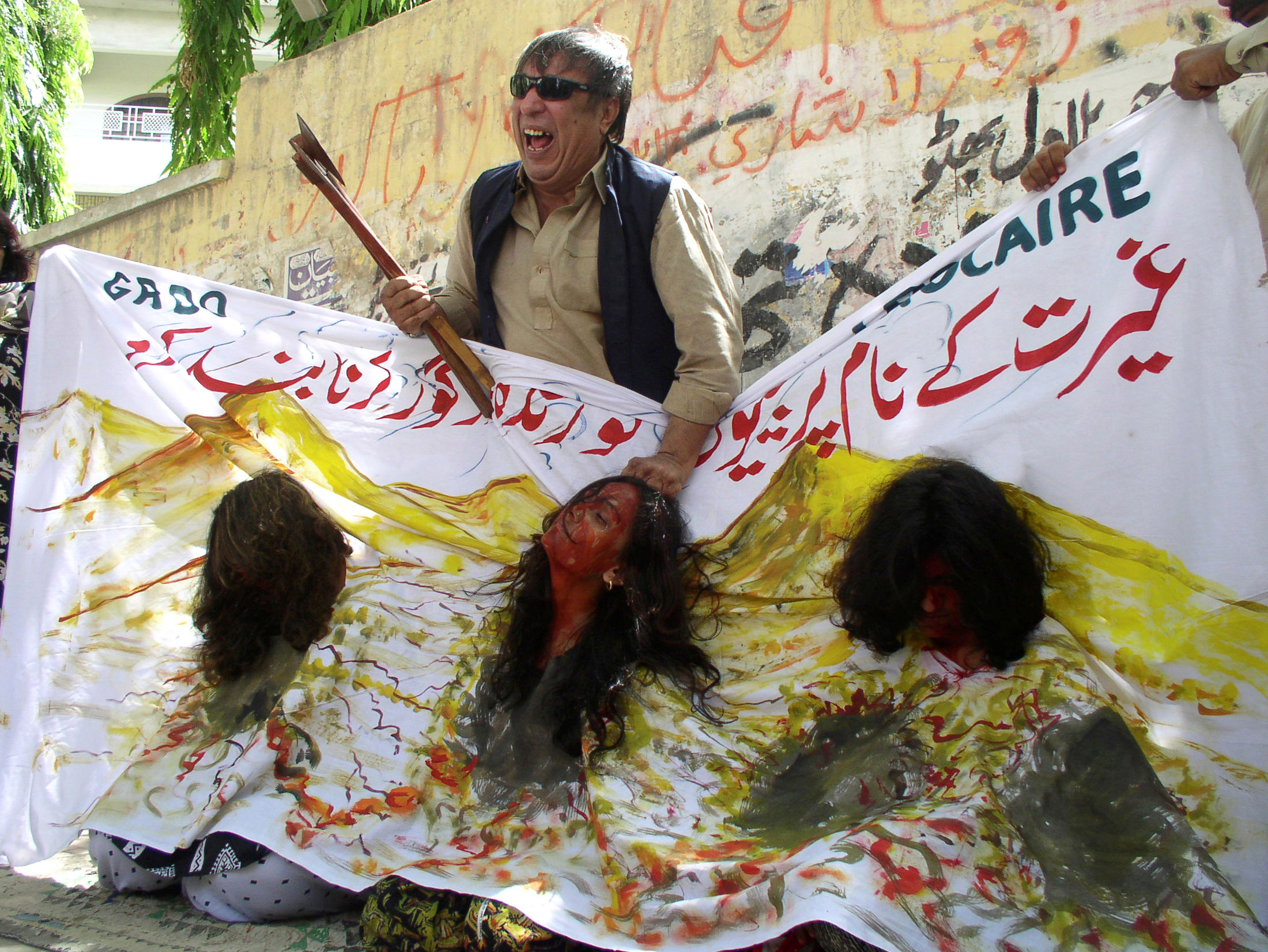 Two men – one identified as the father of one victim and the other as the brother of the second victim -were arrested on Sunday in connection to the case, police officials told BBC Urdu.

The so-called 'honour killing' is said to have taken place on May 14 in the Shaam Plain Garyom village, a former stronghold of the Taliban.

The deeply conservative tribal areas in North and South Waziristan are said to be known for their strict 'honour code'.

Leaked mobile phone footage showing a young man recording himself with three young girls in a secluded area outdoors is said to be the reason behind the murders.

The 52-second clip, as seen by the BBC, shows a young man kissing the two women on the lips, while a third woman laughs alongside them.

In tribal tradition, there is no place for girls and men who defame their tribe in the society.

A First Information Report (FIR) of the incident was registered by the Razmak police station in North Waziristan on Friday, Pakistan's Dawn news reports.

Police official Mohammad Nawaz spoke to a Pakistani television channel on Sunday, saying: “Both men have confessed to killing them.

“The two men – one of whom was the father of the first victim and the other was the brother of the second, were both being held in custody pending trial."

He added: “At the moment, our topmost priority is to secure the life of the third girl and the man before taking any action.

“In tribal tradition, there is no place for girls and men who defame their tribe in the society,” the official said, adding that the acts in the video are “completely against the norms of the tribal society”.

There are an estimated 1,000 honour killings each year in Pakistan, according to a 2019 report by Human Rights Watch.

The country is also one of the world's worst performers when it comes to gender parity, according to the World Economic Forum's 2020 gender gap report.

Honour killings are said to be taken out against women perceived to have brought shame on their families.

Many murders go unreported or are logged as a suicide or natural death by family members.

In October 2016, Pakistan passed a bill that fixed a loophole that allowed killers to escape prosecution if pardoned by the victim's family.

That new legislation came three months after Qandeel Baloch, a social media star and feminist, was killed by her brother in Punjab province for dishonouring the family.

The Human Rights Commission of Pakistan (HRCP) issues a statement on Monday, saying: "Antiquated — and lethal — notions that 'honour' resides in women's bodies and actions still prevail across Pakistan, and it will take far more than laws to effect a change when perpetrators of 'honour' crimes continue to act with impunity.

A British beauty therapist died in a suspected honour killing while visiting family in her ancestral Punjab village of Pandori, Pakistan.

Banaz Mahmod was found buried in a suitcase in a deep hole in the back garden of a house in Birmingham.

The 20 year old had been raped, then kicked, stamped on and strangled to death with the help of her own family, simply because she had fallen in love. 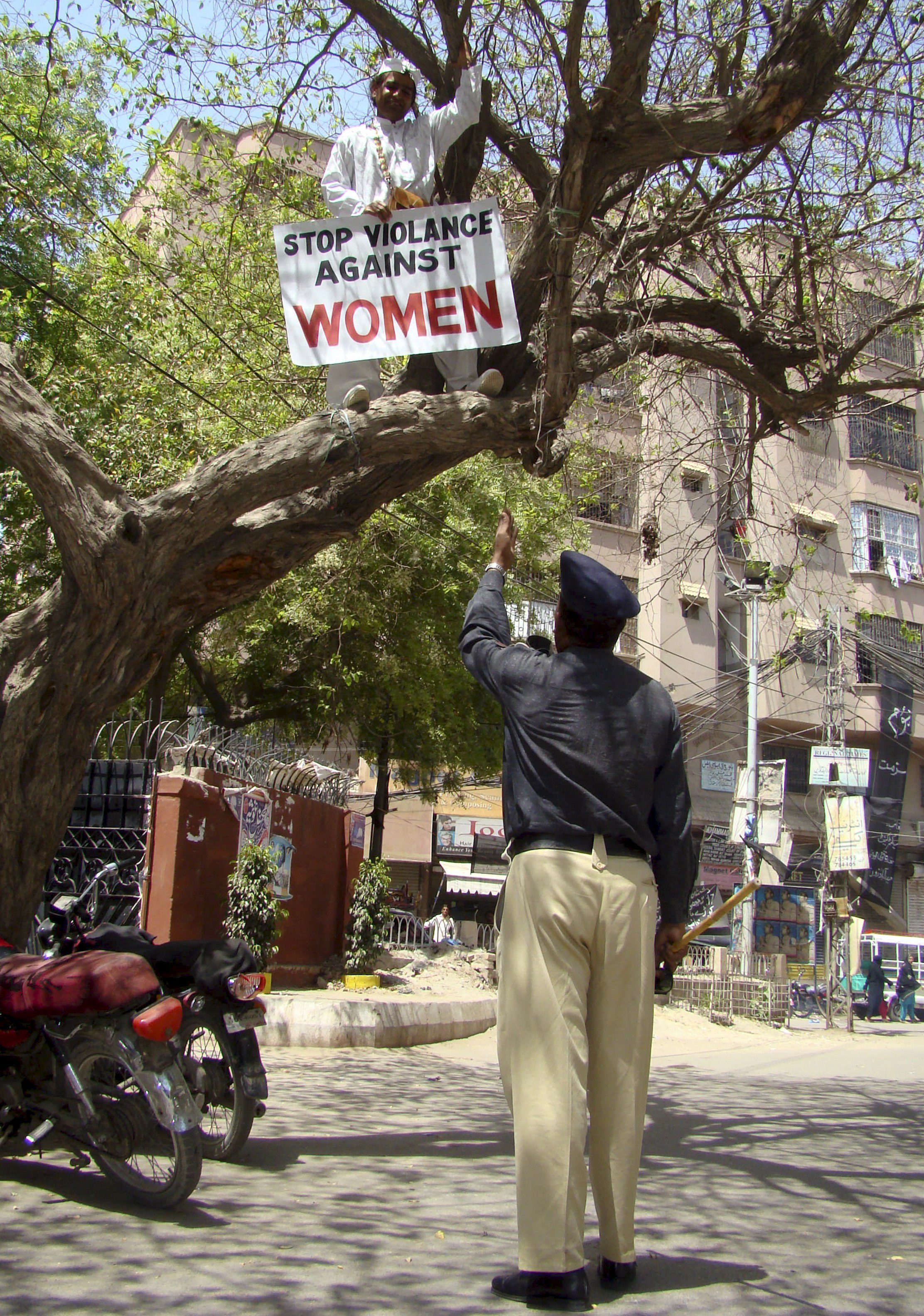