Another 27 deaths were recorded, bringing the overall Covid death toll in Britain to 41,759. 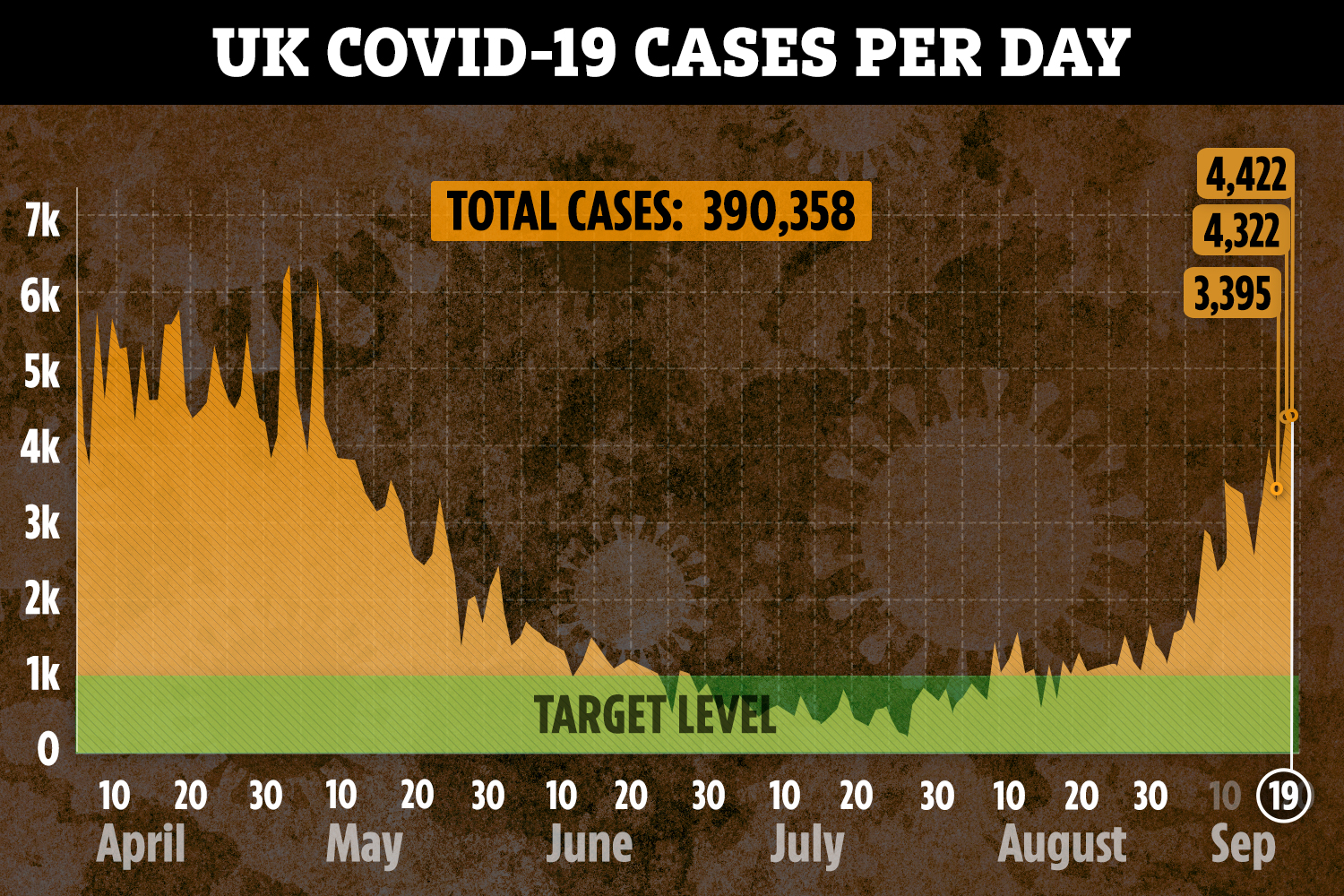 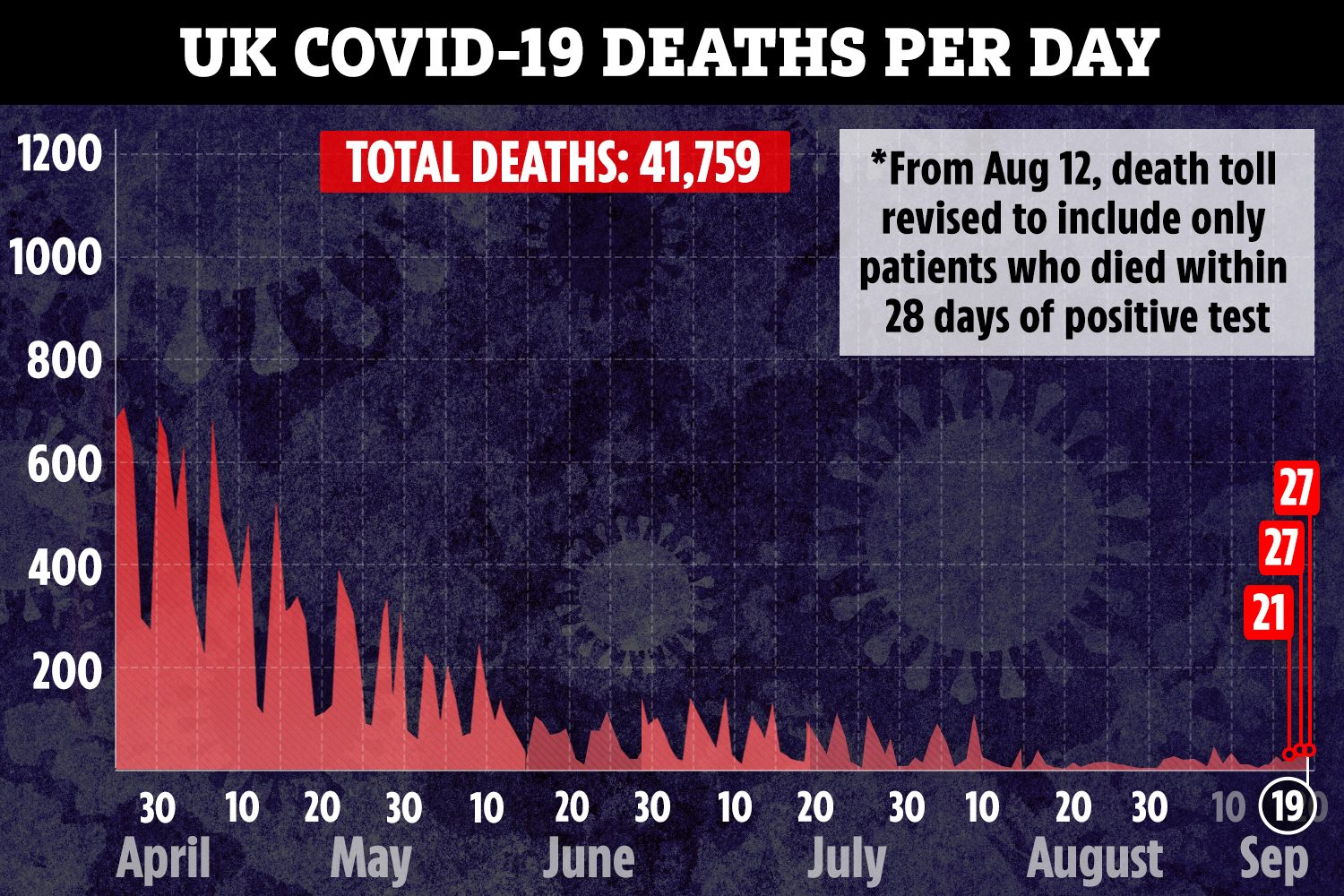 The rise in infections is greater than it was yesterday – when cases rose above 4,000 for the first time since May.

It is also more than double the figure from two Saturday's ago, when infections grew by 1,813.

It makes today's rise the biggest daily spike in infections recorded in almost 20 weeks, dating back to May 7 when 5,086 cases were logged.

Despite the surge in infections, the number daily Covid deaths has not seen a significant spike.

Today's rise in fatalities is the same as it was yesterday (also 27).

It is also only slightly bigger than it was last Saturday (nine) and the Saturday before that (12).

In England, a further 16 deaths were confirmed, bringing the total number of Covid deaths in English hospitals to 29,735.

The patients, who died between August 19 and September 18 were aged between 69 and 97 – and all had underlying health conditions.

Three new deaths were recorded in Scotland, bringing the overall tally in Scotland to 2,505.

In Wales, two more deaths were recorded, bringing the grim toll there to 1,603.

Northern Ireland's total currently sits at 575 – although it does not update its figures on the weekend.

The recent rise in infections could see Britain face six months of on-off lockdowns, with the PM set to announce a two-week "circuit breaker" to tackle the ongoing pandemic.

A government source told The Sun Online the UK could face short, sharp lockdowns for the next six months until a vaccine is ready to tackle the killer respiratory disease.

Number 10 has been told by the government's Joint Biosecurity Centre, which monitors infections, that Britain is six weeks behind Spain, which recorded 239 deaths on Thursday.

It comes as Rishi Sunak warned Boris Johnson not to sacrifice Britain's economic recovery by going too far with new lockdown rules.

Boris said yesterday a second wave was “inevitable” yet insisted he will not impose the same strict lockdown as March.

But he warned new restrictions are needed because the “rule of six” hasn’t done enough to quell the virus — with cases now doubling every week, and the R rate rising to between 1.1 and 1.4.