U.K. Health Secretary Matt Hancock resigned on Saturday after images of him kissing an aide became public — and he subsequently apologized for the steamy breach of the country’s social distancing guidelines.

“The last thing I would want is for my private life to distract attention from the single-minded focus that is leading us out of this crisis,” Hancock said in his letter of resignation to Prime Minister Boris Johnson.

“I want to reiterate my apology for breaking the guidance, and apologize to my family and loved ones for putting them through this,” he said. “I also need [to] be with my children at this time.”

Hancock is one of a number of British politicians who, similar to some of their American counterparts, have been accused of breaching the rules on COVID-19 that they have themselves either set or supported. It has also raised questions about how Coladangelo, a university friend of Hancock’s who is also married, was appointed.

Hancock’s position as the point person for the U.K. government’s handling of the COVID-pandemic had already been in doubt after it was revealed that Prime Minister Boris Johnson had called him “totally f—ing hopeless” in texts to aide Dominic Cummings. 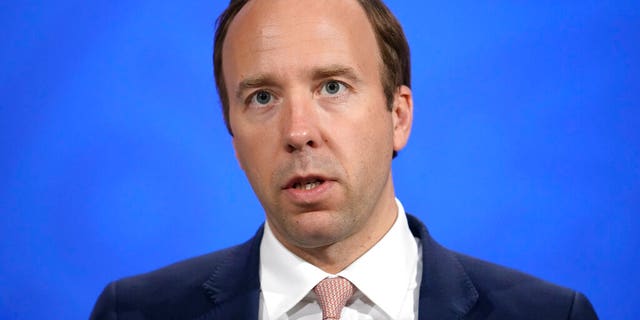 Cummings, a former senior adviser to Johnson who had faced his own controversy about adherence to guidelines, had accused Hancock of botching the government’s response to the pandemic. Hancock was subsequently asked by journalists if he was “hopeless,” to which he replied, “I don’t think so.”

He had also been subject to mockery on a number of occasions, in particular a TV appearance where he was accused of fake crying as he wiped his apparently dry eyes as he discussed the country’s first vaccine rollout.

His behavior had also drawn comment from Queen Elizabeth II who, in a conversation with Johnson, said she had recently spoken to Hancock.

“I’ve just been talking to your secretary of state for health, poor man, he came to the Privy Council,” she said. “He’s full of er….”

“Yes,” Her Majesty replied. “He says things are getting better.”

The controversy over Hancock seems unlikely to die down with the secretary’s resignation.

Labour leader Keir Starmer immediately turned his attention to Johnson’s handling of the matter – particularly his initial support of the embattled minister.

“Matt Hancock is right to resign,” he tweeted. “But Boris Johnson should have sacked him.”