UK is only country in Europe where Covid cases are surging, grim graph reveals

THE UK is the only country in Europe seeing a surge in Covid cases, grim graphs reveal.

Infections are being driven by the new Delta variant that first emerged in India. 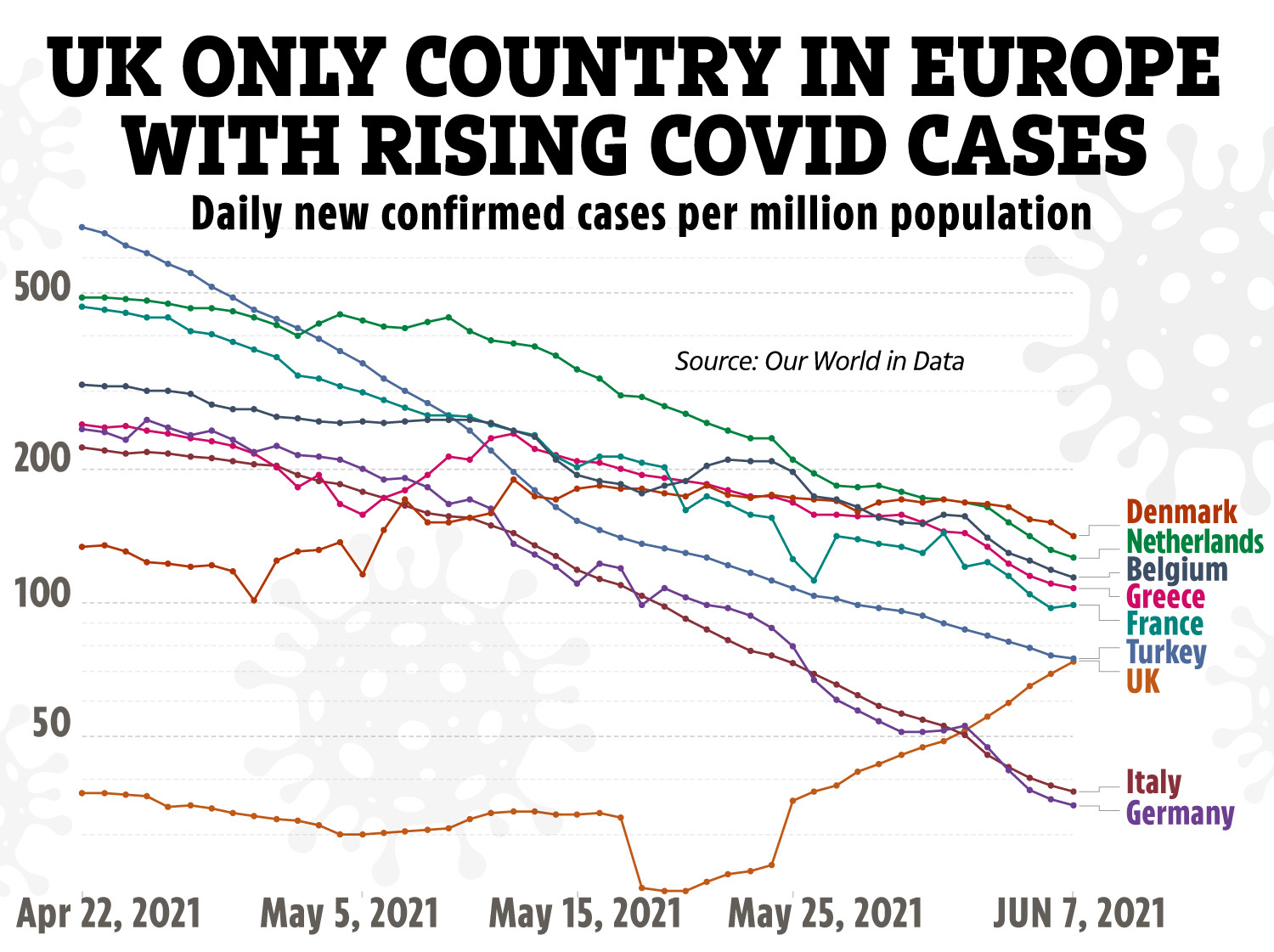 At least 3,500 cases of Delta have been detected in the UK.

But the true figure is likely to be twice as high, given that only half of Covid tests are screened to see which variant they were caused by.

Daily new cases per million people have doubled in the UK between May 25 and June 7, according to official Covid figures collected by Our World in Data.

During the same period, other EU nations have continued on a downward trend.

Only France has seen a marginal uptick in cases, as health officials say there have been scattered clusters of the Delta strain.

The UK, diagnosing 74 cases per million a day, does not have the highest infection rate.

France, the Netherlands and Denmark among those with worser case rates.

However, if the UK’s cases continue to grow at the same pace, it looks to soon overtake those countries.

Between January and mid-April, the UK’s case rate dwindled rapidly thanks to lockdowns and the vaccine drive.

Meanwhile, the rest of Europe battled a “third wave” which peaked around April time as its jab programme started at a snail pace.

But the tables have turned once more thanks to the Delta variant making its way onto British soil.

It ends an almost three-month spell of the UK having the lowest case rate in Europe.

Many countries have restricted travel amid fears that the Delta variant will spread further.

It has been identified in 62 countries globally, according to the World Health Organization's latest epidemiological update.

This includes most European nations, with France, Germany, Italy and Greece all reporting cases. 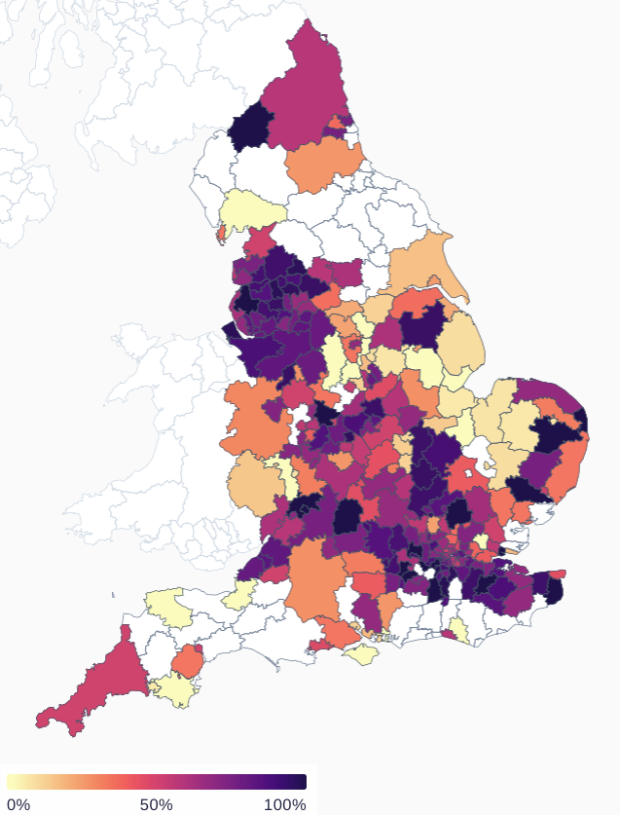 It suggests that should health chiefs fail to contain outbreaks, Europe may follow the UK’s path and see a growth in Delta Covid cases.

The Delta variant is estimated to be 40 per cent more transmissible than the Alpha (Kent) strain which took global dominance from the end of 2020.

It explains how it has surged to overtake the Alpha strain in the UK within a matter of weeks.

There are now signs it also causes more severe disease, with England and Scotland seeing twice as many hospitalisations in those with the strain.

However, it’s hoped the vaccines will play their part in suppressing hospitalisations.

The Health Secretary Matt Hancock said the large majority of people being admitted with the Delta strain are unvaccinated.

An NHS chief has also said the average age of people in hospital is "a lot younger" than in previous waves.

This suggests they don’t stay in hospital very long – as deaths have not risen.

The UK has jabbed almost 77 per cent of its population with at least one dose, and more than half with a second jab.

Europe as a continent, however, has only given a third of its population at least one dose.

One dose is not considered protective enough against the Delta variant, although it does provide some immunity.

The EU has held off from puting Britain on its list of “safe” countries – whose citizens are allowed to come in regardless of vaccines status.

It will discuss again on June 14 whether it can be added – the same day England will find out if the June 21 lockdown lifting will go ahead.

Travel restrictions have been tightened for entry into France and Germany while Austria has banned Brits all together amid concerns of importing the Delta variant.