Moscow: Ukrainian police have carried out nearly two dozen raids targeting alleged associates of a Russian-speaking ransomware gang it blamed for a half billion dollars in cyberattacks and extortion that hit the United States and South Korea.

The CIop ransomware group was reportedly behind the December attack Transport for NSW, according to a US-based tech news outlet. 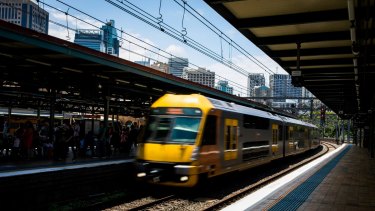 Transport for NSW was hit by the Ukraine-based ransomware gang.Credit:Anna Kucera

A police statement said 21 raids were conducted on the homes of suspects affiliated with the Clop ransomware syndicate in Kiev and elsewhere, with computer equipment and about 5 million hryna ($243,000) in cash seized.

Six defendants carried out attacks on US and Korean companies — for which they face up to eight years in prison for violating computer crime and money-laundering laws, the statement said. It did not say whether any suspects were detained, and said the investigation was ongoing.

The Clop dark web leak site remained online hours after the raids were announced, suggesting the gang’s internet infrastructure might still be intact.

“The Accellion system was widely used to share and store files by organisations around the world, including Transport for NSW,” the agency said.

“Before the attack on Accellion servers was interrupted, some Transport for NSW information was taken.”

The most potent ransomware gangs operate with Kremlin tolerance, based out of reach of Western law enforcement. Russia neither prosecutes not extradites them. Trying to persuade its president, Vladimir Putin, to change that was a priority of US President Joe Biden in their meeting on Wednesday in Geneva. It’s not clear whether Biden made any headway.

Video posted by the Ukrainian police showed Korean police taking part in this week’s raids, where cash, mobile phones and cars were also seized. The police statement said four Korean companies hit by the gang with the ransomware — which scrambles data that can only be unlocked with a software key obtained by paying the criminals — had paid ransoms. It said the gang targeted US universities, including Stanford Medical School and the University of Maryland.

Wednesday’s raid “is a continuation of the much more aggressive posture that law enforcement has taken against ransomware gangs this year,” said analyst Allan Liska of the cybersecurity firm Recorded Future.

“It really does feel like law enforcement has figured out how to attack the ransomware scourge, and hopefully, will slow down the attacks.”

After last month’s attack on the Colonial Pipeline affected fuel shipments to the US East Coast, the White House began taking ransomware criminals as seriously as it does terrorists, and many are now lying low.

The author of the Colonial attack went into hiding and a different group, Avaddon, suddenly announced its retirement. Cybersecurity analysts caution, however, that such retirements are not new and can be a ruse to thwart law enforcement while the criminals reconstitute and create new products with different brands.

And while some arrests have been made and ransomware infrastructure disabled in recent months, no kingpins have been snared.

Clop is among the more prolific ransomware gangs, known for extorting victims by threatening to publish data stolen from them. It has published the names of 65 victims to its dark web extortion site since August, said Liska.

In some cases, Clop has extorted victims with data it may not have obtained directly but purchased instead from third party cyberthieves. It’s what security researchers suspect happened in the case of the Universities of Colorado and Miami, the rail transport company CSX Corporation, the Kroger grocery and pharmacy chain, the Canadian aircraft maker Bombardier and the prominent law firm Jones Day.

That data was stolen in the hack of a software tool made by the California firm Accellion, used to manage large email attachments.