Up to 500 jobs are at risk at online retailer ASOS

Up to 500 jobs are at risk at online retailer ASOS after it announced restructuring of the business – as number of roles under threat at UK firms hits 65,000 amid pandemic

Hundreds of workers at online retail giant ASOS are set to lose their jobs as the firm moves the bulk of customer service work to the Philippines, according to staff.

Around 500 day shift employees at its customer care centre in Leavesden, Hertfordshire, were informed earlier this week they were facing possible redundancy in light of the changes.

An email to staff from chief executive Nick Beighton insists the move is ‘not an impact of Covid-19’.

Nevertheless, it comes against a backdrop of a huge number of redundancies forced since the outbreak of the virus, with more than 65,000 roles already cut nationwide.

In a video call, bosses announced they were opening a new customer care centre in the Philippines to support their international customers, an insider said.

It is believed staff can apply for new roles in the refund department, but with only 128 positions up for grabs, hundreds will be left out of a job, the source added. 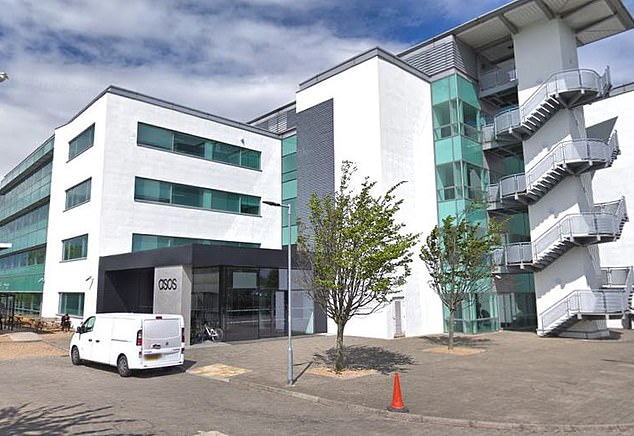 The company this week put around 500 day shift roles at its customer care centre in Leavesden, Hertfordshire, pictured, into consultation

More than 65,000 jobs are at risk across the UK amid the ongoing coronavirus crisis

Employees who face redundancy received an email from the Head of Customer Operations at ASOS which said ‘the decision has been made to outsource EN core to a third party’.

It added: ‘The impact of this proposal is that your current role is at risk of redundancy and we are now entering into a period of Collective Consultation.

‘If following the consultation period it is clear that your redundancy cannot be avoided and it has not been possible to secure suitable alternative employment, your employment will be terminated on the grounds of redundancy.’

The final number of employees being made redundant is not yet known, with the consultation set to run over the coming weeks.

Around 100 night shift roles were axed at the same centre in March, after another 100 were made redundant across the company last October including in technology, sustainability and ethics, design, merchandising and sourcing.

ASOS’ ‘efficiency programme’, which it announced last year to better serve its growing base of international customers in different time zones, saw previous consultations carried out and a number of those who were at risk were moved into other roles.

However, the fashion retailer is not moving its entire customer services department to a third-party abroad, it is understood.

The company declined to comment on the latest proposals when approached by MailOnline.

One employee facing redundancy said: ‘I’ve worked for ASOS for a few years and just been knocked from pillar to post. I’m sick of it now.

‘They made out that they were putting us on furlough to save our jobs then we come back and four weeks later, we get made redundant.

‘There are a few limited roles to apply for that involve refunds and replacements but the advisors who currently have those roles have to reapply for them and they have more experience than us so they have an unfair advantage. 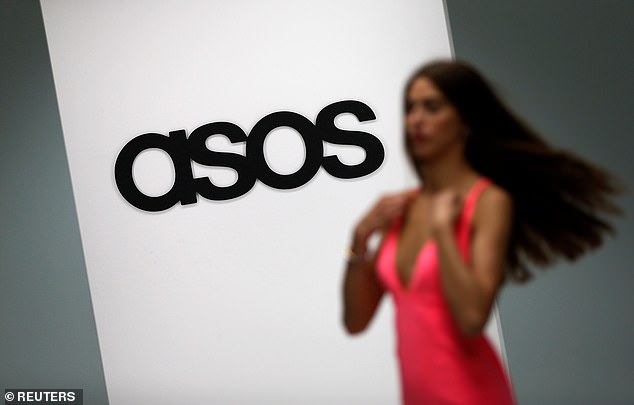 ‘I have a one in 14 chance of getting another role that I have no experience in, against another 500 people. It’s a s**t show, basically.

‘The general feeling in the team is really bad.

‘We’re all worried about what we’re going to do – a lot of us rent properties.

‘I could be homeless if I don’t find a new job in the next three months and we don’t feel valued whatsoever.’

Mr Beighton’s email to staff read: ‘It should be stressed that this is not an impact of Covid-19. Our recent P3 numbers and our ability to repay furlough, have little or no bearing on this activity.

‘This is about driving long term efficiency, and what we are doing here, simply, is returning to our pre-pandemic plan of re-shaping our organisation to help us deliver on the ambition of being one of the few truly global leaders in retail’.

Steve Garelick, GMB London Region Organiser, described the proposed cuts as ‘a kick in the teeth’.

He said: ‘If Nick Beighton were to be as transparent and open as possible as he says in his email to staff, he would just say that it is cheaper to move these operations abroad and keep the stockholders happy and wealthy.

‘Asos employees working at the Leavesdon customer care centre are told that many will receive their redundancy notice. This is a kick in the teeth for those employees who have worked through the pandemic.’

Business in Britain has been crippled by coronavirus, with more than 65,000 jobs already axed.

This month alone, a series of big names have announced cuts including luxury fashion firm Burberry which unveiled plans to lay off 500 workers after the lockdown slashed its revenues by half, while the world-famous Eden Project in Cornwall said job losses for up to 40 per cent of its staff are ‘sadly inevitable.

London’s Southbank Centre and Canterbury Cathedral are also making redundancy plans, while the media has felt the pinch too, with roles going at the Guardian and the BBC as well as Reach, which runs the Daily Mirror.

That came on top of thousands of roles being axed at companies including Airbus, British Airways, easyJet, Harrods, TM Lewin and Ted Baker, with Boris Johnson saying that the Government cannot save every job.

Fiscal watchdog the Office for Budget Responsibility grimly warned that unemployment could rise to four million by next year as the lockdown and a precipitous fall in demand for air travel cause the UK economy to crash.